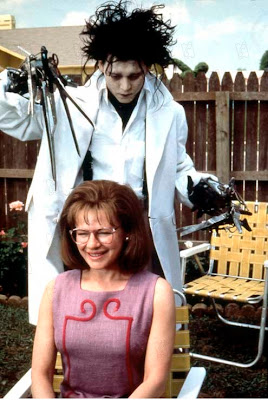 Yesterday I went to a new salon to have my hair cut by a stylist who came highly recommended by one of my friends.

I suppose I should have been concerned when the woman took less than two seconds to study the picture of the style that I wanted before informing me that it was a long shag with beveled sides, blah, blah, blah, I don’t need to see the picture, I am a professional, blah, blah, blah.

When she then proceeded to bash every other salon in our “Podunk” town (seriously, she called it Podunk which, coming from a woman who purportedly grew up in Scottsdale, studied with Frederic Fekkai, graduated from the Redken School of Color and worked for a fashion house in Europe as its’ primary hair stylist, should have sounded more factual and less ear-stabbingly obnoxious yet, totally did not), and to diss the capabilities of several stylists who I have heard are quite good; I should have run but, by that time, she was already cutting and razoring and texturizing and generally terrorizing my hair and it was kind of too late to run.

Although, in hindsight, running at that point would at least have left me with enough hair to pull up into a ponytail. On one side, anyway and, as usual, I digress. 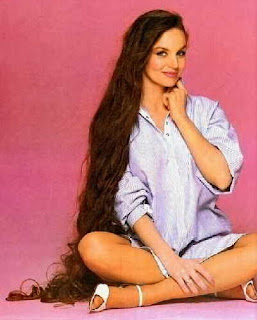 As it stands, I now have a hair “style” that features choppy blocks of uneven layers, reminiscent of a haircut one might see on a three year old who got a hold of her mom’s scissors and decided to play Beauty Parlor. Or, a six year old boy who went to bed with gum in his mouth and had to face the consequences the next morning.
The “style “will take at least six months to grow out and, once it does, I fully intend to track down my old stylist in her new town, where I will beg and plead for her to fix me and then I am never cutting my hair again; I am just going to let it grow, Crystal Gayle style and I will use it as a coat to keep me warm in the winter.
In the meantime, I am pulling what little hair I have back in a clip and plotting ways to make that scissor-happy harpy at the salon rue the day that she scalped me. I may never follow through on those plans but, it gives me something to do other than staring into a mirror wanting to cry.