This Weekend Brought to You in Bullet Points 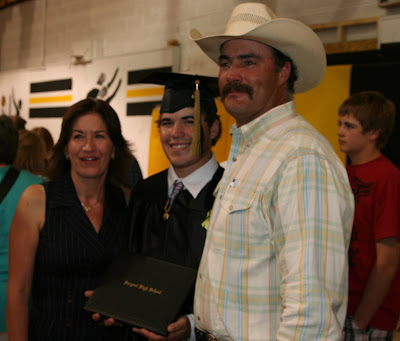 -My nephew, aka, the Rebel without a Pause, his girlfriend and a friend of his girlfriend spent the weekend with us. They were in town for a rodeo and needed a place to crash, lucky for them; I apparently have a very crashable home.

-My kids spent the majority of their weekend at a local Christian music festival held in the park several blocks from our home. Hugh was working the security detail there so, I felt safe in letting them run free. 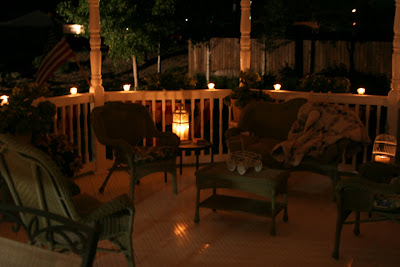 -While the children were running free and the Rebel without a Pause and his harem were throwing ropes at livestock, I relaxed on the front porch with a glass of chardonnay. I could hear the music from the festival fairly well, the weather was warm and balmy and my new Kindle is actually quite easy to read by candlelight (note to Erika: the new Kindle arrived overnight and, so far, works like a dream. I might have just been unlucky, I’m sure your Kindle won’t up and shit the bed at the eight-month mark but, if it does; Amazon customer service rocks).

-I cooked more food this weekend than I have cooked all the rest of the summer; Lasagna, shredded chicken and black bean burritos, pasta fra diavlo, and cucumber salad which, technically, isn’t cooking but I sure as shit didn’t hear Hugh complaining. 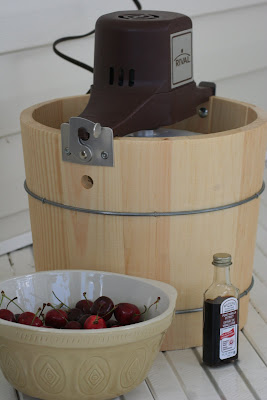 -I went to the dairy for milk and ended up with a couple of quarts of cream and a couple of quarts of half and half as well which, logically, led to the making of homemade ice cream; mint chocolate chip to be exact. While the ice cream was churning, the kids and I sat on the front porch and ate our weight in locally grown cherries, which have been few and far between this summer thanks to that crap-ass weather we had this spring. Anyway, we finally managed to find some and pit-spitting for distance commenced, immediately (I won, as always).

-I harvested the first green beans from my garden as well as a half-pint of strawberries which the Man-Cub proceeded to polish off before he even got to the house to wash them. If he should suddenly be stricken down by some strange garden-borne illness, I won’t be surprised.

-Hugh and I finished off the weekend with a marathon session of trash TV; Big Brother, True Blood and a new show called The Glades which we both deemed “meh”. Well, Hugh deemed it “meh”, I deemed it “too boring to stay awake through” so, yeah, “meh”.

-Thus endeth our weekend.
Posted by Chelle at 8:31 AM