If I Never See Another Twenty Dollar Bill, an Ear of Corn or a Rain Drop, It Will Be Too Soon 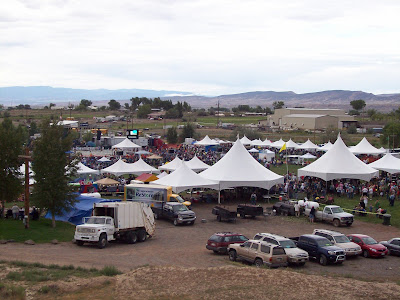 Today’s Sweet Corn Festival was hot, muggy, crowded and exhausting although; not nearly as crowded or as hot as in years past. As far as miserable weather conditions go however, a steady, pouring rain more than made up for the lack of 100 degree temperatures, and, by the end of the night, the crowds were drenched, muddy, cranky and impatient to be out of the park which made for some interesting chatter over the police band radios as cars became snarled in traffic jams resulting from over-eager drivers pulling out into traffic illegally and, you know, stupidly. 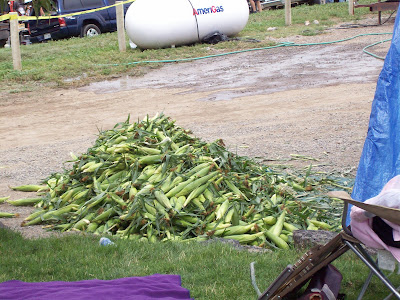 I lucked out, I had a parking permit for the one area of the field that did not become bogged down in mud and from which the traffic flowed quite freely so, when I was finally done counting the receipts from the admission registers, parking attendants and corn sales, I was able to make it home in time to watch the fireworks from the comfort of The Teenager’s bedroom window (ordinarily, I would have watched from the back porch but there was all that rain to consider). 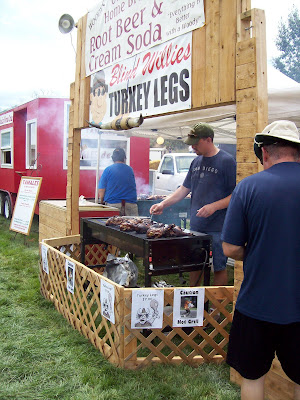 Overall, I would say that the event went as well as could be expected given the weather but, there is no way that it will break even, indeed, it will probably show a major loss considering the ridiculous amount of money spent on the headlining entertainer, Wynona Judd.

Yes, Wynona Judd,  apparently, she is still touring; who knew?

Anyway, my civic duty is done for the year. Next year, I’m planning to dodge the chief of police for the entire month leading up to the festival in the hopes that he won’t be able to volunteer me for yet another tour of duty in the money tent.

In the meantime, I’m going to have to try to recover from the trauma caused by having to count all that cash; I think spending a good deal of money while on vacation might be just the remedy.