Our Flight Home Was Uneventful, Sparing the Delicate Ears of Nuns Everywhere

We left Orlando at 6:00 last night and arrived in Denver by 7:30 which was the longest hour and a half in the Man-Cub’s life, like, seriously; he told anyone who would listen, and then he painstakingly explained about the time change like we didn’t get it. He’s so special.

So, our vacation, while starting off on a rather sour note, was awesome. We really enjoyed every amenity that Disney had to offer, including the services of my very own cabana boy! Yes, after a mere 41 years on this planet, I finally managed to obtain both a private cabana and a servant to go with it, never mind that the cabana was actually more of a patio or that it was at Disney’s Blizzard Beach water park and my cabana boy was more a cabana man named Joe; I had a cabana and it was awesome. 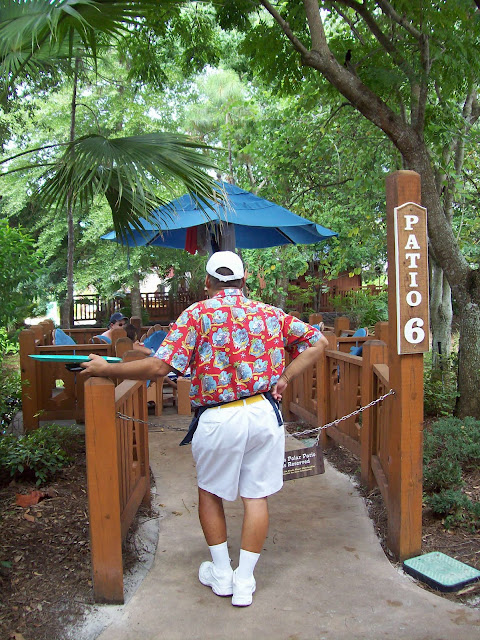 Joe, the Cabana Man
No mingling with the general public, no jockeying for position on one of the plastic lounge chairs that were jammed side by side around the wave pool or running for shelter when it rained, dragging our soaking wet towels through the gritty sand (all of which happened several days previously at Typhoon Lagoon, Disney’s other water park). Instead, we had our own patio nestled in a quiet cul de sac, out of the flow of traffic. The patio came complete with cushioned chairs, our own private locker, six fluffy towels that Joe was quick to replace when they became the slightest bit damp, a cooler full of ice-cold bottled water, lunch delivery and four refillable mugs, the bottom of which I never saw, thanks to repeated trips to the drink station located mere steps from our own personal paradise. Y’all? I was in heaven. It was probably my favorite day on the Disney property which, considering how much fun we had and all of the cool things that we did (scuba diving in the aquarium at Epcot ringing any bells?), is saying a lot. 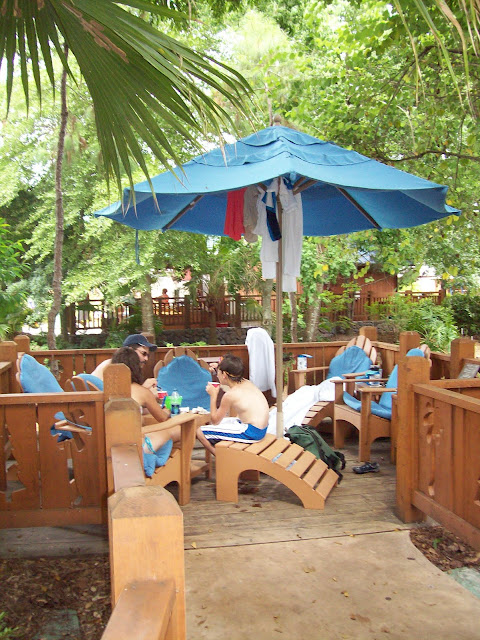 I felt totally spoiled and, special and shit. The fact that our neighbors in the cabana to our left were an oil magnate from Dubai and his trophy wife was the cherry on top of my Spoil Sundae, speaking of which, this was Joe’s final parting gift to us 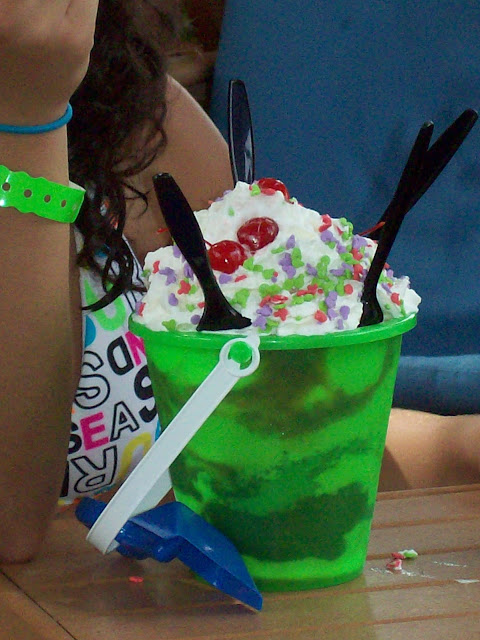 A sand bucket sundae, every bit of which we devoured like victims of perpetual starvation which? We so were not, the Disney dining plan being a thing of great beauty.

Speaking of great beauties, our final night of vacation was spent at Disney’s Hollywood Studios where Hugh finally got a chance to see the Voyage of the Little Mermaid, indulging his not-so-secret crush on Princess Ariel which, I probably shouldn’t have told you all considering that I would like to take another awesome vacation sometime in the future so; let’s just keep that little gem between us, m’kay? 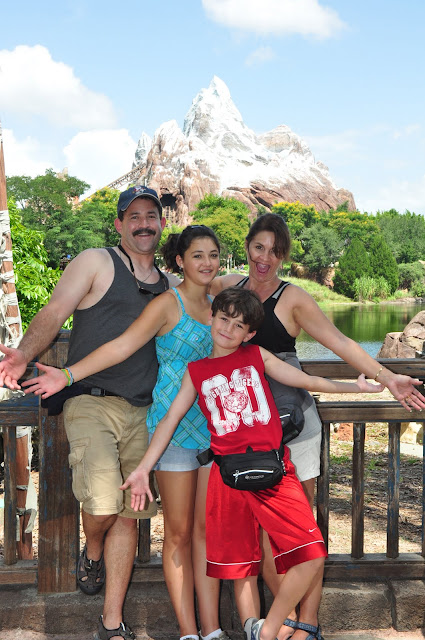