This Will Be the Last Post about How Awesome Our Vacation Was, I Promise

Our last day in Orlando was spent shopping at Downtown Disney. We had specifically put off going there until the last day for a number of reasons, not the very least of which being that Downtown Disney is all about shopping and, we figured that, by the last day, we would be totally broke and unable to purchase more items that would have to be packed into our already stuffed suitcases.

Once we finally entered the hallowed halls of Lego, it was as though the mother ship had landed and ET was finally going home… 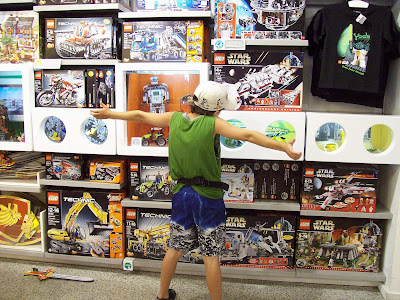 On the bright side, the engineering behind some of the displays gives us hope for an actual career for the Cub; who knew Lego building could be a marketable skill? 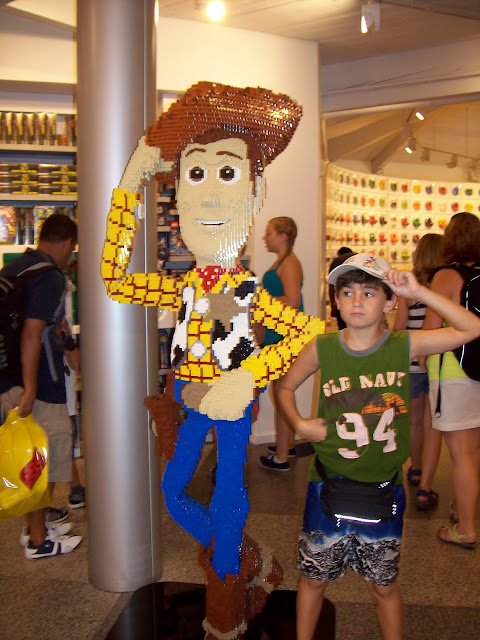 Maybe we will end up in a nice nursing home after all.
Posted by Chelle at 6:49 PM