The Weekend Exhausted Me. Good Thing I Am Going On Vacation to Recover

In case you didn’t notice, one of the best things about my weekend was spending time with a couple of The Girls and, while I wish we could have been joined by the other three, I suppose that beggars can’t be choosers. 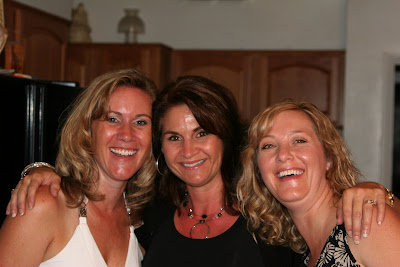 On the bright side, the next time we are all together (and there will be a next time, oh yes there will be), we get to fill them in on what they missed, things like the fact that we got Phoebe so drunk, she couldn’t keep her eyes straight and that she snorted beer through her nose, narrowly avoiding giving Hugh a Bud Light shower. Also, the fact that, at the dance on Saturday night, Reese pretended to go in for a kiss with Phoebe, causing at least three men in the immediate vicinity to whip out their cell phones for a picture (my husband being one of those men) because men are inherently perverted and think that just because a group of women lived together in college, slow-motion pillow fights broke out every night, followed closely by girl-on-girl action which, for the record? Not so much. 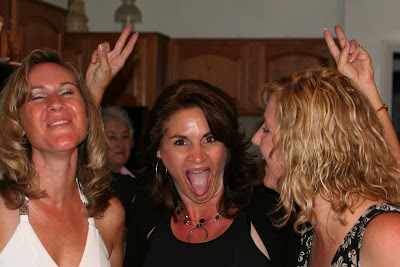 The closest we came to tongue all night long
We might also tell them about how badly we wanted a greasy burger from Sonic after the dance and how we were well and truly denied, the lights at the restaurant going dark mere seconds before Hugh’s finger touched the intercom button to place our drive-up order. And, we weren’t alone; the collective wail of  “noooooo!” generated from several other cars in the parking lot was impressive.


In addition, we might explain that the phrase “yep,yep” came to be used a lot when answering a question in the affirmative and that the phrase“oh, Mylanta” became a substitute for more profane phrases on occasions too often to mention and for reasons that we cannot remember but that seemed perfectly reasonable at the time. 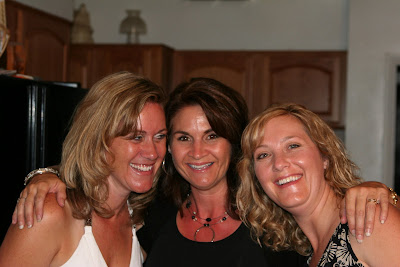 Also, our children may or may not be completely warped from listening to stories about our Glory Days so, if nothing else, I guess we can say that their children dodged that particular bullet which really isn’t any consolation for not getting to spend some time together but, as I said, next time.
In the meanwhile, I need to recover from my weekend enough to prepare for our trip to Orlando. I won’t be taking along The Girls but, I’m pretty sure I’ll have a good time, anyway and, it’s a pretty good bet that Hugh won’t have to employ any fancy footwork to avoid a beverage shower while we are gone.