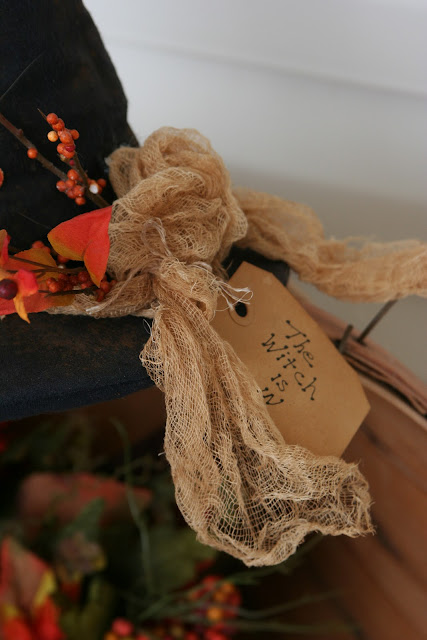 After the Man-Cub’s football game on Saturday, Hugh, The Teenager, the Cub and I drove to Neighboring City to spend some quality family time together and, by quality family time, I mean; we dragged the kids to a haunted house in the hopes that they would be scared shitless because nothing says "family time" like clutching each other in terror while your body threatens spontaneous-and embarrassing- functions.

On this particular occasion, however, no one lost control of their bodily functions for, while the haunted house was awesome, my kids weren’t overwhelmed with terror. Now, the same could not be said for a college-aged girl who, along with her boyfriend, went through the house with us; that girl was terrified and looked to me to protect her from the scary, bad things laying in wait for us at every turn. Either that or, she just really didn’t like my sweater and thought that it would benefit from being pulled completely out of shape by the death-grip that she applied to the hem of it the second we crossed the first threshold, either way.

While there were some scary moments, I managed to make it through without too much screaming and, my adopted mantra, don’t make eye contact, don’t make eye contact, chanted over and over each time we were faced with a new spook seemed to calm the college girl-whose name we learned was Shannon-down quite a bit although, not enough to keep her from berating her boyfriend for not doing more to protect her from a chainsaw wielding maniac at the end of the tour and, “I can’t believe you let him touch me, Ty! You are a horrible boyfriend!” was the last thing we heard from our copatriot in terror.

Totally worth the ten bucks per person that we paid, by the way.

Also in Halloween news, we carved pumpkins last night and The Teenager adopted my Don’t make Eye Contact mantra as a way of showing her displeasure at being forced to do something mildly entertaining with her family. Not coincidentally, she recently saw the original Exorcist movie for the first time and now understands what I am talking about when I accuse her of making my head spin or of pushing me to the point of spitting pea-soup at her; both of which I threatened to do if she did not lose the attitude and at least pretend to be having a good time.

So, while there was no eye contact, I’m pretty sure there was plenty of eye-rolling but! Pumpkins were carved successfully. 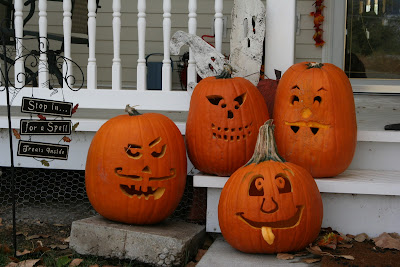 And, as I've said, no one peed their pants inappropriately. Or, otherwise. 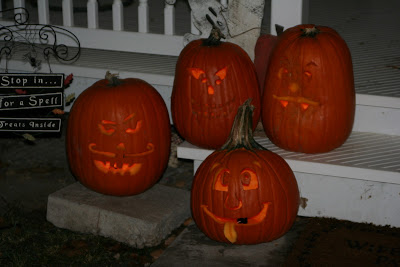