After Halloween last year, while “helping” me put away my Dept. 56 Halloween village, Hugh accidentally broke one of the bulbs in my favorite piece and, as Murphy decreed, it was a specialty bulb, one that gives the illusion of lightning inside the porcelain building so; finding a replacement for it was not a mere matter of visiting the local hardware store (alas). I finally managed to track one down last week and, while installing the bulb this evening, Hugh got a wicked shock. Coincidence or karma? Your call. 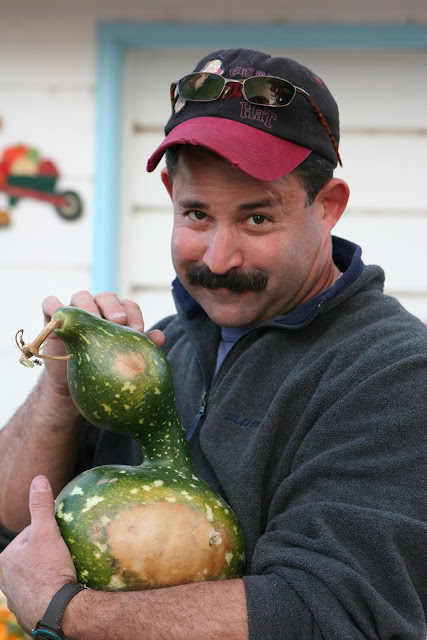 In other Halloween news, we visited the local corn maze and pumpkin patch yesterday. The Man-Cub guided us through the maze in record time, despite being slowed down by The Teenager’s lolly-gagging and, by lolly-gagging; I mean texting, like duh. 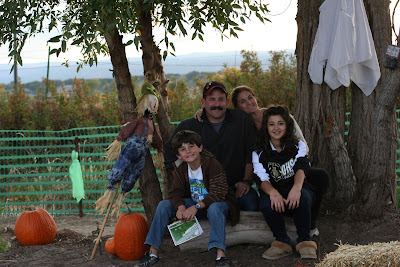 Hugh remedied the situation by confiscating her phone and then challenged her to piggy-back him through the remainder of the maze. She made a valiant effort but was only able to stagger a few steps under his weight; I give her ten points for effort. 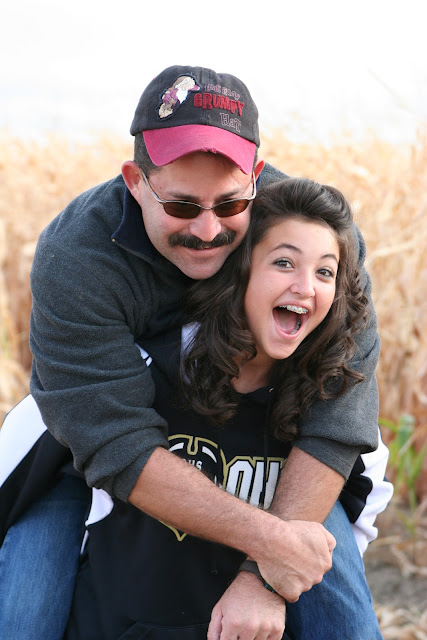 Speaking of efforts, the Man-Cub presented his science fair project to the first panel of judges today; he impressed them enough to move on to the finals, tomorrow. We are quite proud of him. He even dressed for the occasion, in new kakis, dress shirt and a tie that we purchased for him yesterday. This morning, I commented on how preshus he looked and he argued that, in fact, he did not look preshus, he looked presentable. 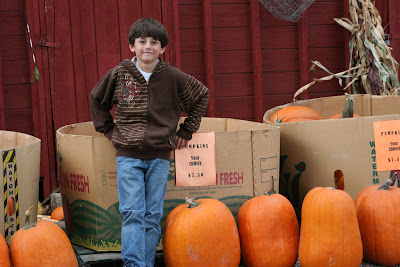 I didn't even know he knew that word.
Posted by Chelle at 8:09 PM