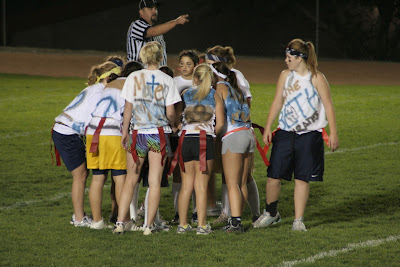 The annual Homecoming Powder-Puff  Football game was a blast to watch and, despite being terrified at the thought of actually having to participate while participating, The Teenager had a really good time. And, although the Senior/Sophomore team beat our Junior/Freshman team, the game was entertaining as hell to watch. Even more entertaining, however, was the color commentary provided by two of the varsity football players who had the crowd in stitches with their humorous play-by-play throughout the game. 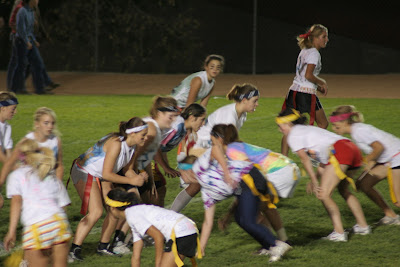 Final score, 12-6 with at least six of the winning points coming courtesy of some righteous cheating on the part of the Senior/Sophomore team but, apparently that is almost as much of a tradition as the game itself and, as I said before; The Teenager had a good time. 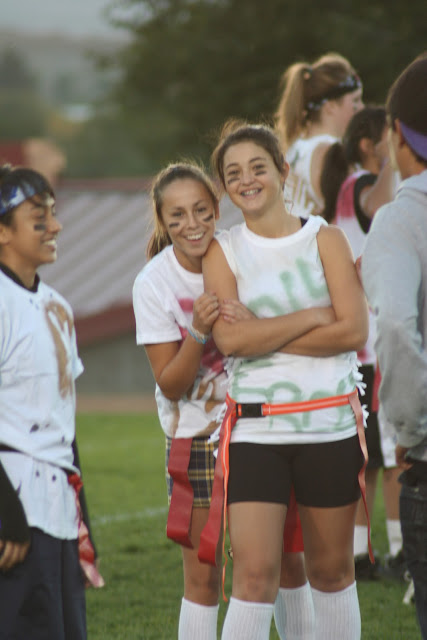 Especially since she did not once have to actually touch the football.
Posted by Chelle at 8:34 PM