Everyone Loves a Parade 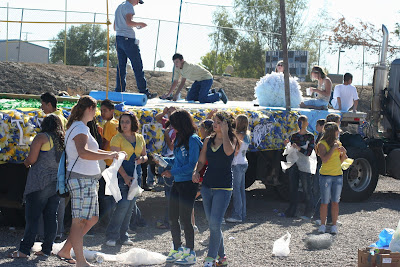 This morning, The Teenager called me at work, begging for a favor; please pick up several packages of white napkins, and deliver them to the school, pronto! The napkins were for use on the Freshman class float which was due to make an appearance the Homecoming parade later in the day and the kids didn’t have a minute to spare in getting it ready. 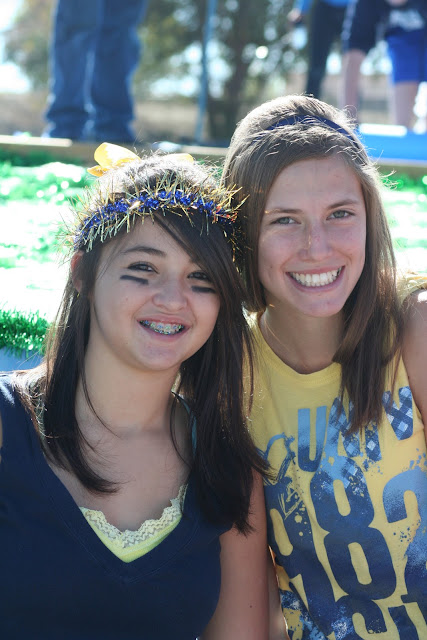 So, being a sucker an involved parent, I ran to the store for the napkins and then spent a few minutes at the school, watching the kids work on the float and chatting with their class sponsors who were supervising the endeavor. While I was there, I figured I might as well snap a few pictures despite my dear daughter’s complaints that I looked like a stalker, after all; one day she will thank me for recording every preshus minute of her fleeting youth, you know, for blackmail posterity. 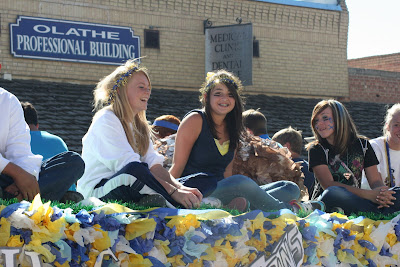 In the meantime, she’ll just have to put up with it; otherwise, I’ll be forced to remind her that I spent thirty-six hours in labor just to bring her ungrateful ass into this world. 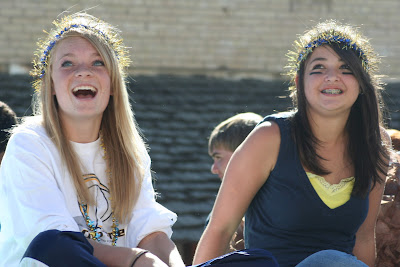 And, no, that just never gets old. 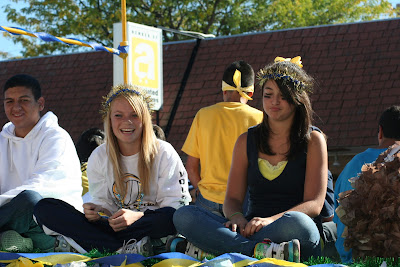