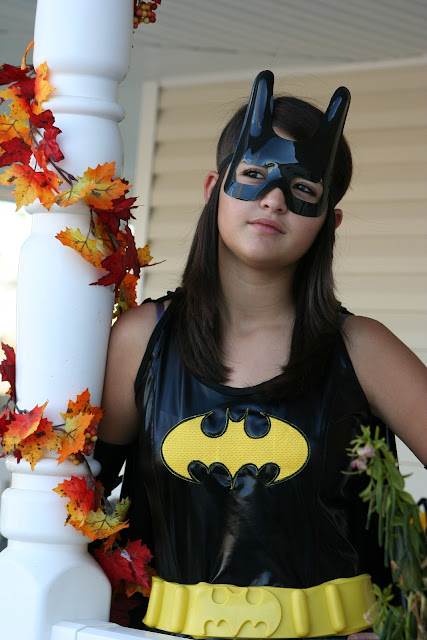 Last night, the kids and I volunteered at the elementary school’s annual Halloween Carnival. The Teenager and several other members of our newly formed ASTRA service club had dipped caramel apples on Thursday night and we set out to sell them at the carnival as well as assisting in a number of other booths. The hours spent at the carnival will count toward the number of community service hours the Seniors in our club need to graduate and the experience will aid in getting the younger teenagers used to volunteering on a regular basis. Or, so we hope. 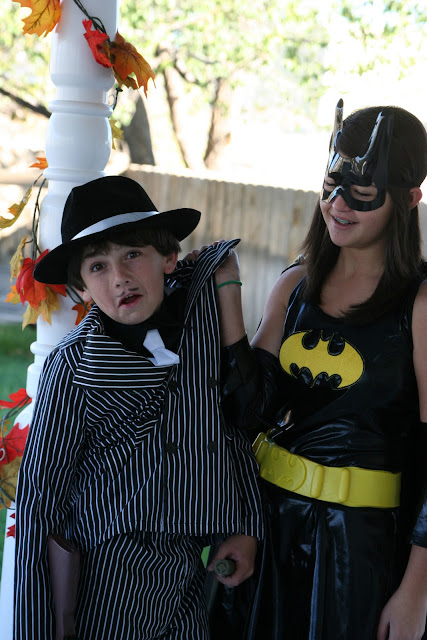 In addition, the kids had fun and, because it was a Halloween carnival, many of the kids went in costume, including The Teenager, who went as Batgirl, accompanied by Kaz as Supergirl. And, since every super hero needs his (her) arch nemesis, the Man-Cub went as a Mobster, complete with Tommy gun and ginormous cigar, a costume that won him second place in the costume contest held for his age group. 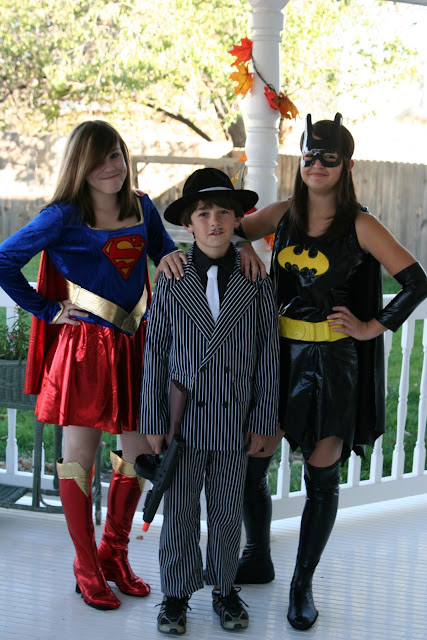 We sold out of apples within the first hour and half of the carnival and the girls were free to help in whichever booths they found most entertaining. The Man-Cub was free to spend his entire report card earnings on chances at the cakewalk and I was free to circulate amongst the crowd, delighting over costumes and visiting with the other parents who were volunteering their time. It was a nice way to spend the evening. 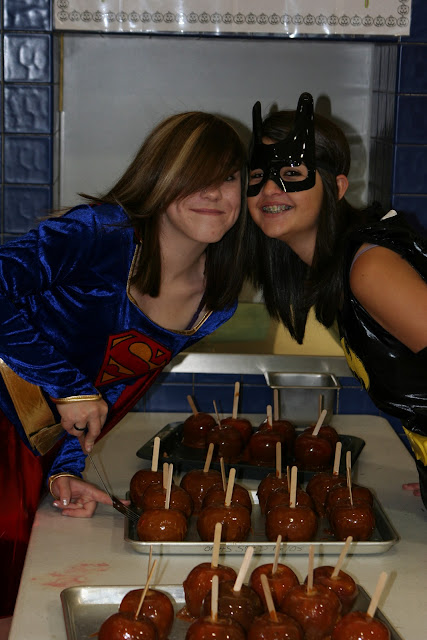 Later, I supervised Hugh in the carving of his most recent addition to our permanent jack-o-lantern collection. Hugh has carved an artificial pumpkin for the kids every year since 2005; we take turns choosing the design and this was my year so, I picked the Bride of Frankenstein to go along with the Frankenstein’s monster that the Cub picked out a couple of years ago. I love this collection and especially enjoy the fact that Hugh carves a message to the family into the bottom of each pumpkin; they are a nice legacy to leave for future generations of Halloween lovers. 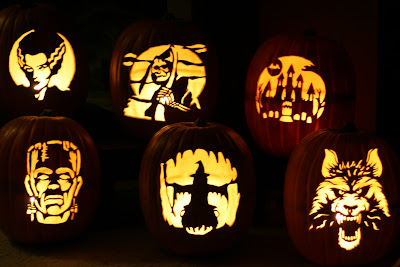 And, speaking of Halloween lovers; we will be disappointing a few this year since Hugh is too busy to decorate the front yard and porch or to throw a mini-haunted house as he has in years past. Hopefully, the fact that I purchased the premium candy for the trick-or-treaters will take the edge off their disappointment and we won’t wake up to a tree flowing with toilet paper or a trail of egg yolk down the front of the house.

On the bright side, if that happens, we can always call upon the Superfriends to avenge us. Or, we could take out a contract with the mob and the Cub could whack them about the head with his giant cigar, making it well worth the $1.99 I paid for it. 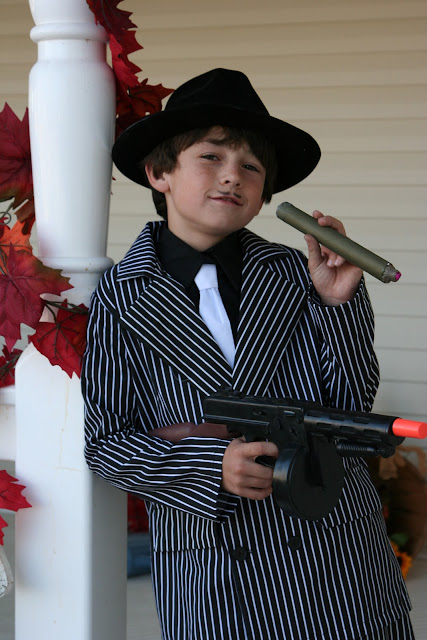