The End of a Perfect Day

We finally took the boat out for the first time last night; joining Jana & Co. at the State Park located just down the road from Petticoat Junction. Since we all had to work, it was four o'clock before we got on the road, and, the lake was practically deserted by the time our convoy pulled in to the dock. That meant five hours of peace with nothing but the ducks and dragonflies to  keep us company, so, no one was complaining. Plus, with the recent heat wave, the water remained warm well into the evening, giving us plenty of time for entertainment.

Naturally, the kids had an especially good time; riding the tube, wake boarding, knee boarding and hanging out on their choice of boats while teasing each other about the cute boy whose family had joined our group when their own boat experienced a malfunction... 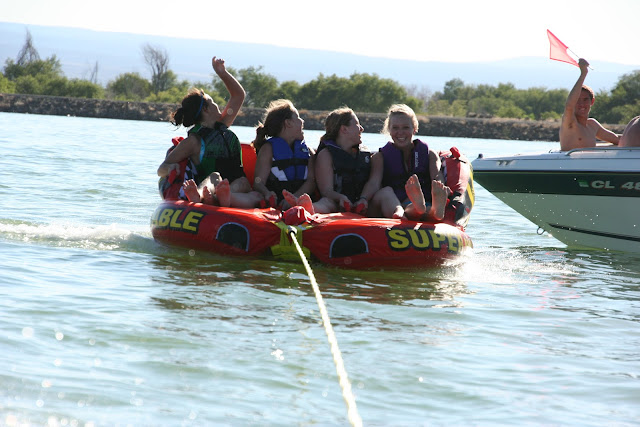 ...well, the girls did that; Darren and the Man-Cub didn't find the new addition interesting at all. Shocker.

Since the girls seemed so hot and bothered, Hugh did the polite thing and gave them an opportunity to cool off... 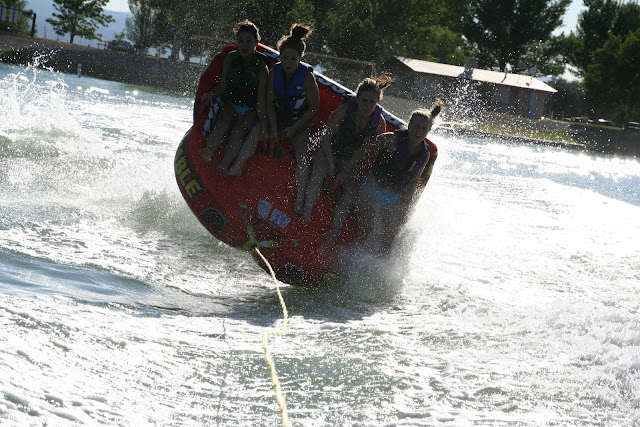 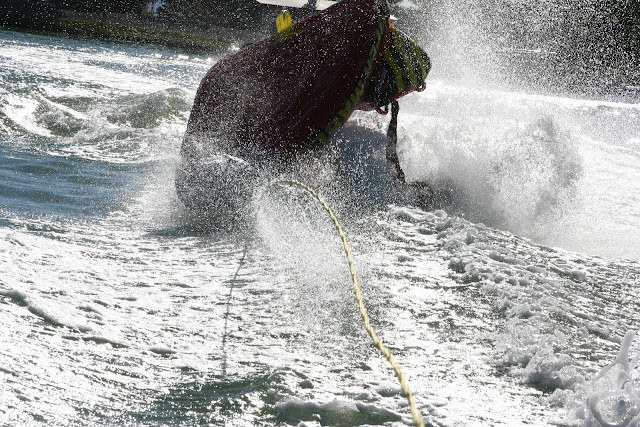 They may not have appreciated the gesture, I'm afraid.

Since the kids seemed like they were having so much fun, Jana and I decided to get in on the action, jumping on the tube and dragging the mother of the above-mentioned teen aged boy with us; her name is Pam and she turned out to be a fun person to ride the tube with. Also, she had no problem teasing Jana for the massive cleavage she sprouted when she donned a life vest two sizes too small for her, which, totally made her my kind of gal.

Unfortunately, since we were on the tube, there are no pictures of that massive cleavage so, you'll just have to take my word for it. Also, I wouldn't be a bit surprised if Jana is still having trouble breathing, today. How in the world the women of the olden days wore those corsets is totally beyond me.

And I am totally digressing. 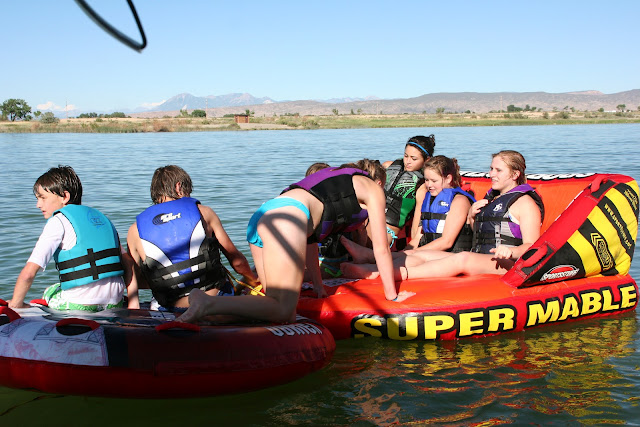 ...and the menfolk seemed to enjoy pulling us all around the lake fifteen million times (I think it has something to do with the hope of flipping us all off our tubes/skis/wake boards/knee boards, etc.). Jana, Pam, and I obviously enjoyed hanging out together, and; the mosquito population that came out just as we were pulling off the lake got a tasty meal, which, note to self: Pack bug spray for tonight's excursion.

That's right; we are going to do it all over again; providing the Man-Cub doesn't have a baseball game, that is (waiting to hear from the coach).

I can think of worse ways to spend the evening. 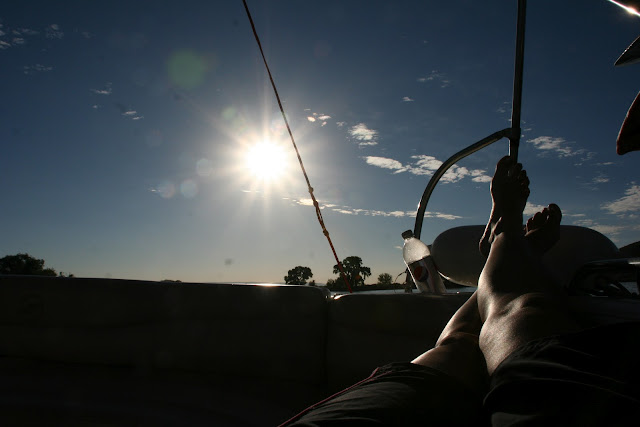