Swimming in the Gene Pool

My mom recently returned from a two-week long trip to Arizona. She went on the journey with five of her sisters, ending up at the home of the sixth.

Yes; that add up to seven.

Seven sisters growing up in the same home, sharing the same clothing, and, arguing over bathroom rights and whose turn it was to take out the trash (I'm guessing).

I had two sisters and have a hard time imagining the chaos generated by three times that amount of estrogen in the air, but; I also tend to think that they must have had an awful lot of fun back in the day, and; clearly, they still do... 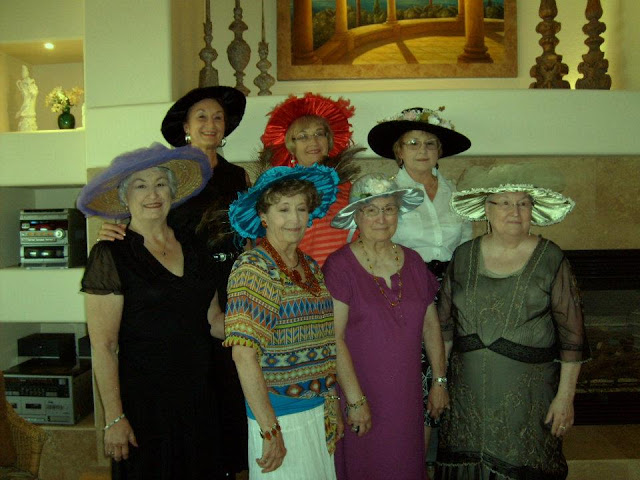 Is there something you want to tell me, Mom?

Although, my older sister really does look an awful lot like my aunt Patricia these days...

Genes; what a wacky phenomenon.
Posted by Chelle at 5:22 PM