Guinness is slowly, but, surely, becoming acclimated to our household. He's been spending more time in the general population and has become a bit less skittish around the Man-Cub and me. He's not quite sure what to make of The Teenager and actively fears Hugh, but; I'm hoping time will solve both of those issues. 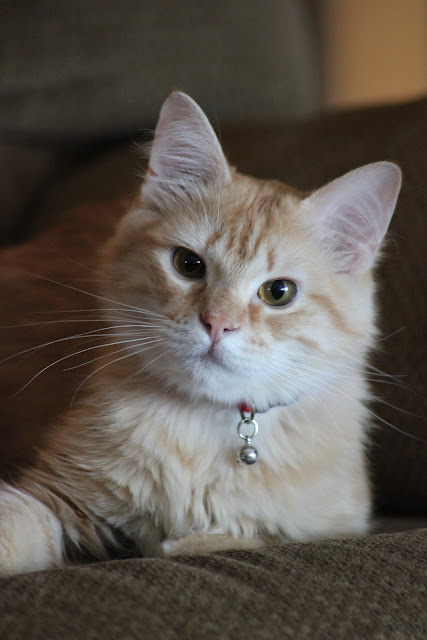 Recently, he has adopted one of the recliners as his own, a turn of events which appears to displease Finnigan, immensely. On the occasion that Finn dares to breach the serenity of Guinn's throne, an intense battle ensues.... 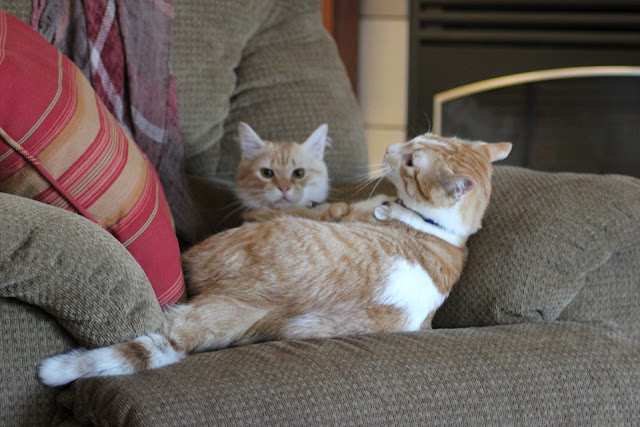 ...and, despite his smaller size; Guinn manages to hold his own quite well.  Once the battle is over, there is usually a lick-fest that serves as a make-up session and they are back to being warily tolerant of one another. 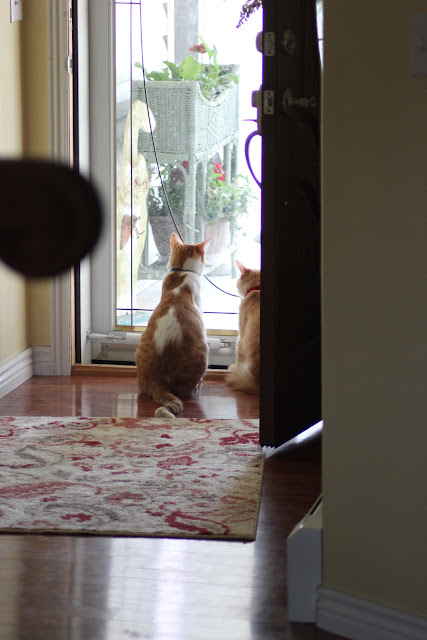 It is equal parts adorable and nerve-wracking. Also, I am not entirely certain that Guinness is as old as his paperwork would have us believe; he just seems so small in comparison to Finn. Now, granted, Finn is a brute, but, still; I would expect them to be at least a bit more evenly-sized.

Anyway, we are exactly one week into our guardianship of him and I feel fairly confident that we are on the road to him fully embracing his place in the family.

You know, until he meets Rowdie, anyway. 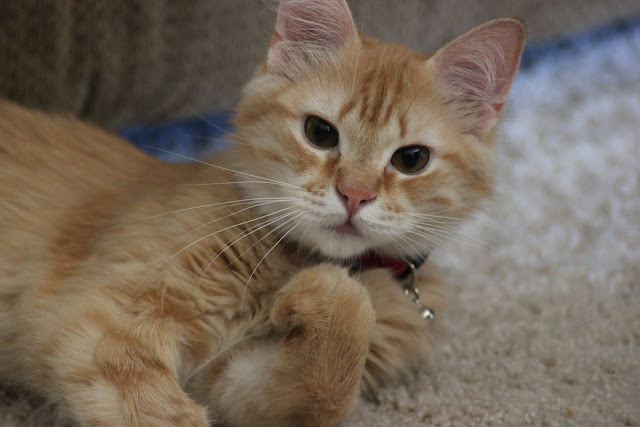 What is this "dog" creature of which you speak?
Posted by Chelle at 6:55 PM