Take Me Out to the Ball Game

The Man-Cub's first baseball game of the season took place last night. Although the boys lost by several runs, they appeared to be having fun and they played together really well, two things that I consider impressive simply because this is the first year that the Cub has played at this age level; he and one other teammate are the only two 13 year olds amongst a team of 14 and 15 year olds. 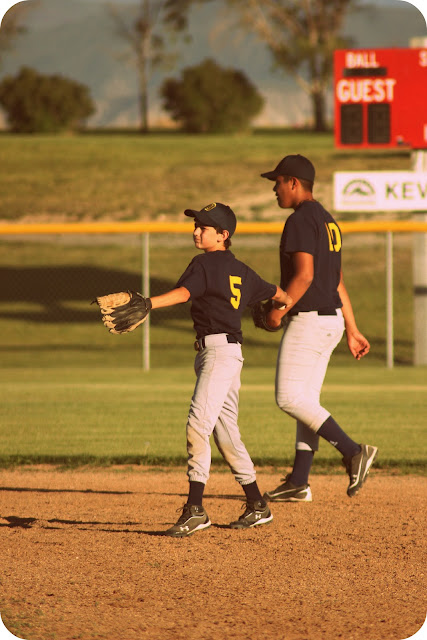 The Cub and his friend, Clay, are teeny in comparison to the majority of the team, but, that didn't hinder their ability to play the game, in fact; the Cub hit three base hits, made a play at second that caused the crowd to cheer, and, he stole from first, sliding into second in such a dramatic fashion as to bring the crowd to its' feet. Well, it brought me to my feet but mainly because his feet actually touched the back of his head-scorpion style-and; I was a bit concerned about a spinal injury (Spoiler alert: He's fine!).

Clay, for his part, did an awesome job in his capacity of catcher, a position that he has absolutely no experience with. His mom and I had a few occasions to clasp hands in the time honored reaction of worried moms the world over but; he never got hurt.

So, the game was a success despite the score.

I do, however, need to remember to bring Cracker Jacks to the next game because, two and a half hours in the broiling sun without sustenance was just brutal. 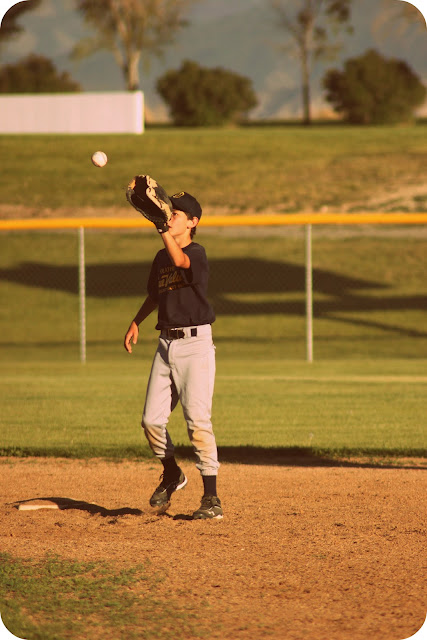 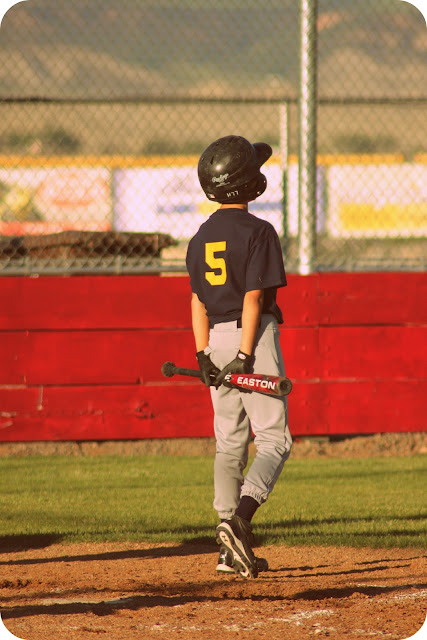 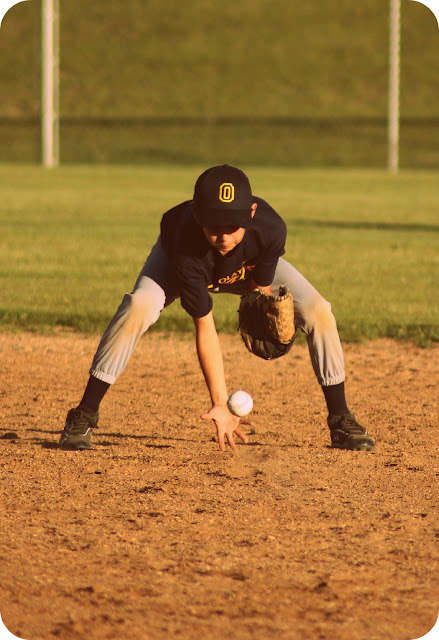 I don't know a lot about baseball but I'm pretty sure you are supposed to use the glove, son.
Posted by Chelle at 7:57 AM