A Serendipitous Turn of Events

I was joined by ten lovely ladies on the porch, last night. We spent several hours catching up on each other's hectic lives, snacking on yummy treats (raspberry/whipped cream brownie bites to die for), sipping drinks, and enjoying the early summer evening.

I personally polished off the better part of a bottle of pinot grigio during the evening and must assume that my math was somehow faulty when figuring my snack-to-alcohol ratio, because; when the president of the baseball association called toward the end of the evening and asked me to run the concession stand at tonight's baseball game, I happily agreed despite how much we all know I dislike working with neon-orange "cheese" and stale tortilla chips.

Alcohol was clearly to blame for the brilliancy in that decision.

It's all good, though, because we got a text from the coach this morning and the game has been cancelled due to the other team not having enough players; a phenomenon that we are noticing a lot this season. As an aside, what is up with people who sign their kids up for activities they know they will not be able to participate in 100%? Do they not understand that this affects other people's children? I mean, seriously, people; get your shit together.

Damn, way to get distracted, Chelle; back to happy thoughts...

Earlier in the day, while waiting in the drive-through lane at the bank in Hooterville, I spied something interesting outside of a junk (excuse me; Junque) shop across the street; it appeared to be a tea cart, which; was something that I had been wanting for the porch for quite some time. Once I finished my banking, I parked at the shop and hopped out for a closer look. What I discovered was an antique (I'm pretty sure) tea cart with a price tag that clearly indicated that the owner of the junk (excuse me; Junque) shop had no idea how to price antiques. I got it for a steal, is what I'm saying. And, it looks great on the porch. 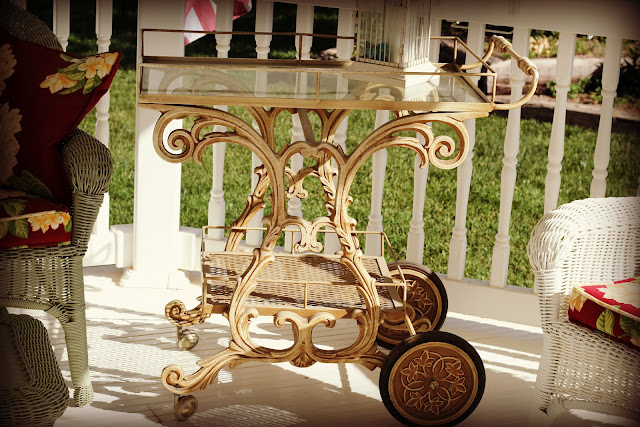 Although I'm no expert, I am convinced that the cart is at least a hundred years old. The glass has probably been replaced but everything else appears to be original, including the wheels and casters. The detail on the cart is amazing and there is no damage; save for a slight bend in one of the top rails, which, I think, gives it character. 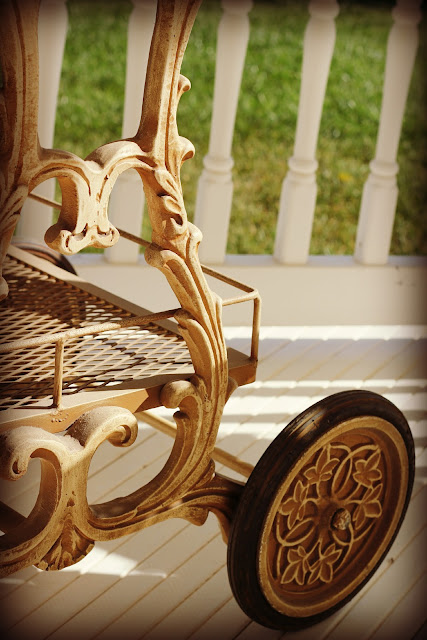 I am beyond happy with the purchase. Hugh was almost as delighted, as I'm sure you can imagine. In his defense, however; Hugh has no idea of the concept of serendipity, for; it was surely serendipity that took me to the bank drive-through lane at the precise moment that the tea cart was wheeled out of the junk (excuse me; Junque) shop for display on the street.

It was meant to be, is what I'm saying.

Also, you have no idea just how many wine glasses I can fit on this thing; it's almost scandalous. Which, fits right in with the Porch Night theme. 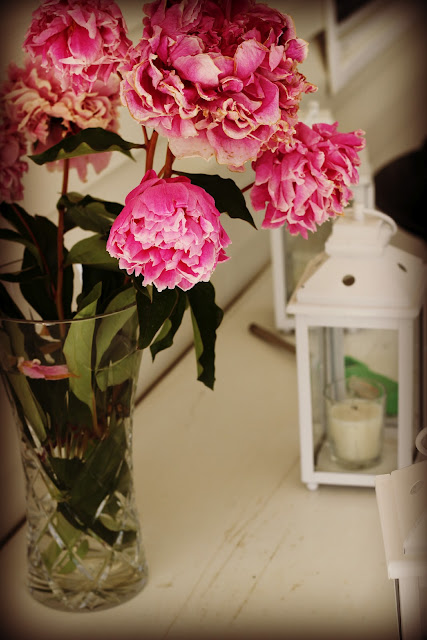