A Moment in Time, Part Two

So, were was I? Umm...oh, yes, steak was grilling, shrimp was chilling, the table had been set in as fancy a presentation as possible, which, was fancy enough if a comment from one of The Teenager's friends is any indication; and, I quote: "I feel like I'm on the Titanic".

Which, I chose to take as a compliment and not as a portent of impending doom, mostly because I was relatively confident that we wouldn't hit an iceberg at any point in the evening. 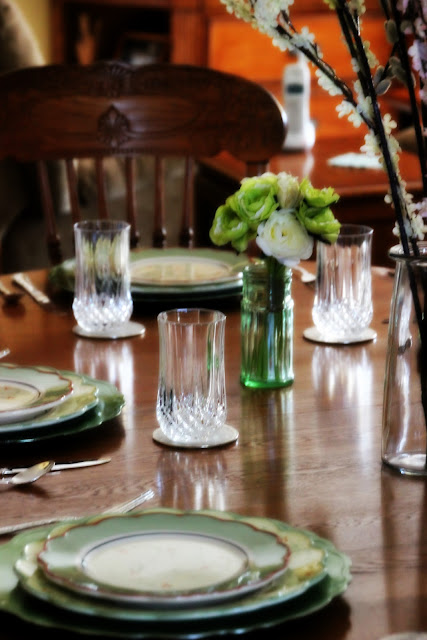 And, we didn't. Hit any icebergs, I mean. We did hit the photo booth and I think the kids had a good time. I admit I was a wee bit worried that the kids wouldn't think the idea was quite as cool as I did, but, that fear proved unfounded as all of the kids got into the action to one degree or another, including The Teenager's best male friend, who wasn't even going to the prom; he just stopped by to tell The Teenager how pretty she was. 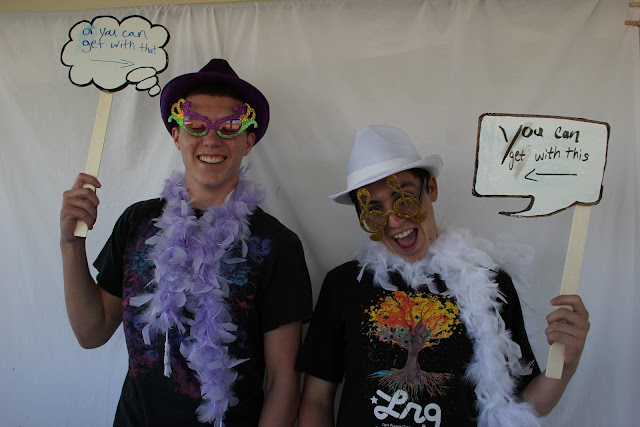 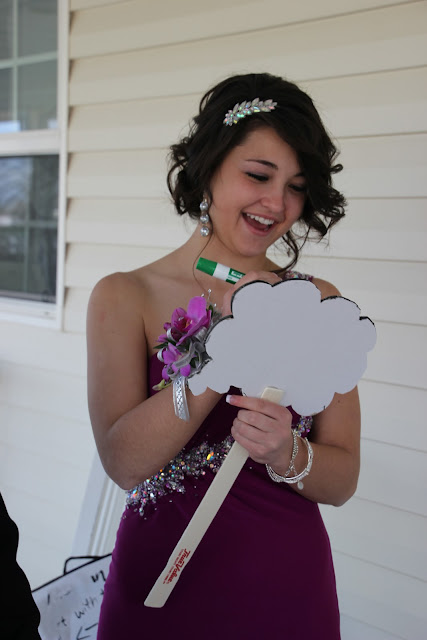 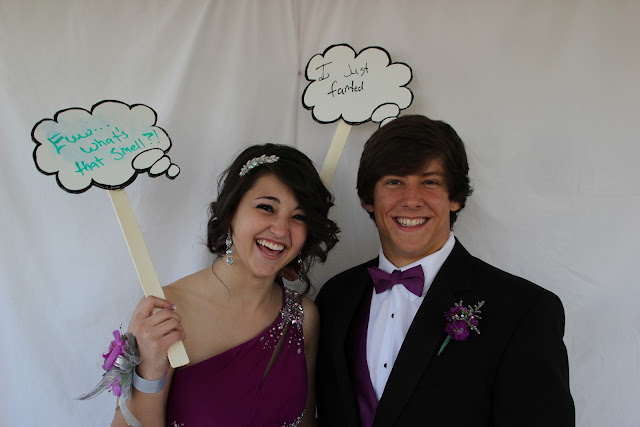 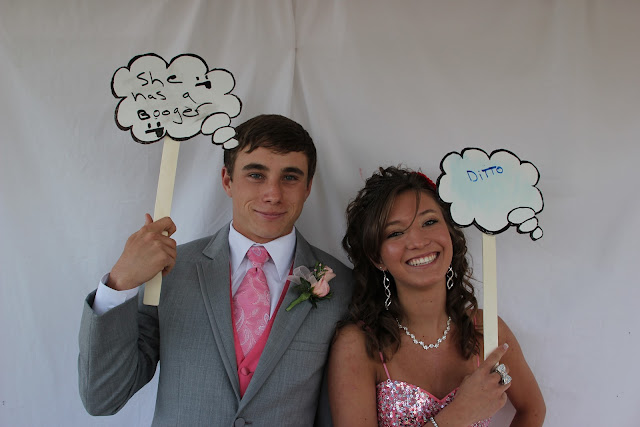 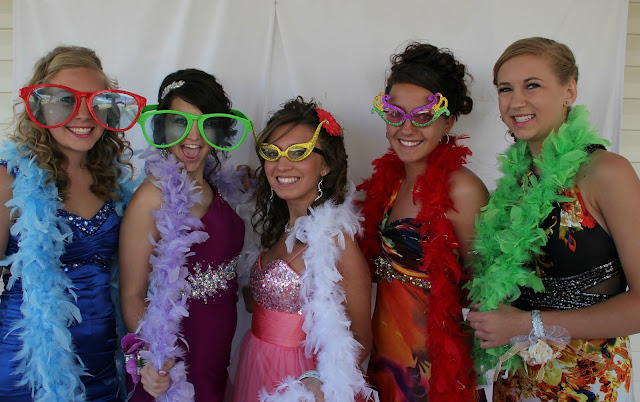 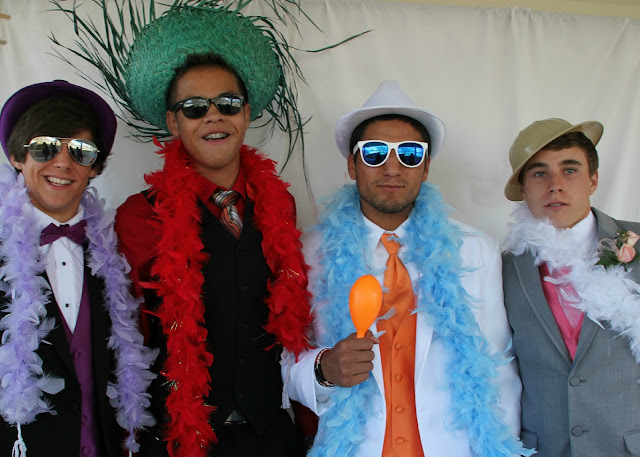 After the kids got the craziness out of their systems, we took some far more serious pictures. Well, as serious as you can get with this particular group of kids, which, isn't very serious at all. 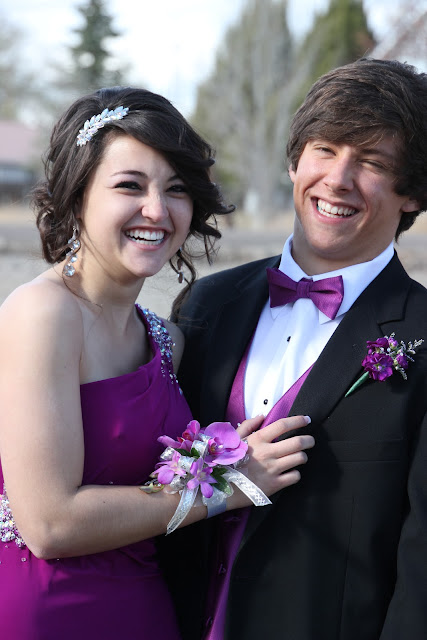 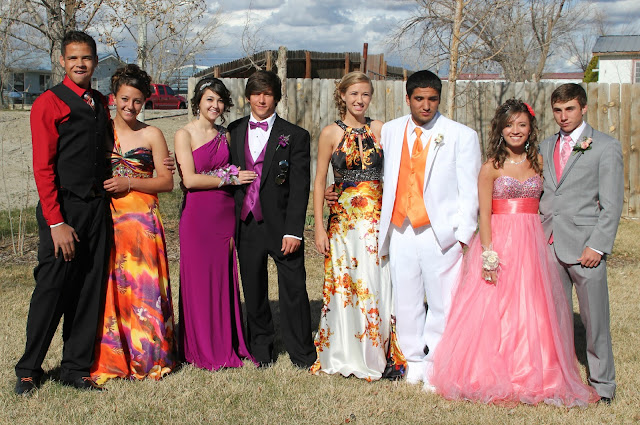 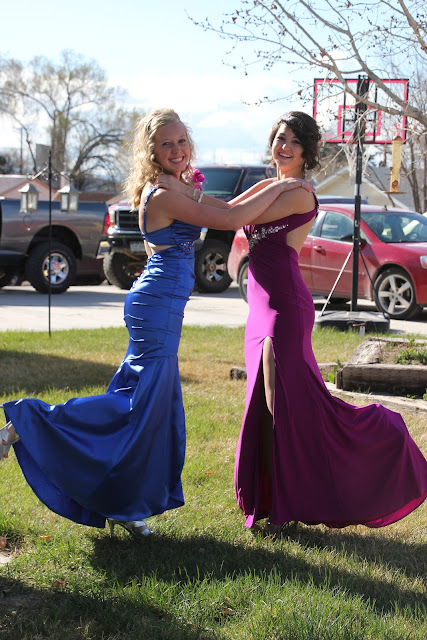 I have a lot more that I would like to share, but, this post is getting pretty picture heavy, so I think I'll call it a day.

Also, it is a little known fact that, when one hosts a party, one must eventually clean up after one's guests, and I'm not quite finished with that, yet.