The Teenager has recovered slightly from her encounter with the death-defying Middle Schoolers. He of the Broken Foot (just a toe, really) brought her flowers and a letter of apology for launching himself into her car (and into her nightmares) and the kids at school are careful to couch their teasing of her with the classic phrase "Too soon?".

The parents of the kids involved have already called our insurance company to accept full responsibility and have pledged to repair the side-view mirror on The Teenager's car. Hugh contacted our glass guy-the man who has replaced the windshield on the Tahoe twice now-and he is going to give the family a really great deal, so; everyone comes out not much the worse for wear. Well, except for the broken toe, of course.

On the topic of death-defying Middle Schoolers; the Fearsome Foursome was hard at it this weekend, shooting hoops and causing the ladies to swoon. The swooning had more to do with the sight of blood from one of their teammates noses following a particularly aggressive attempt at a rebound, but, there was swooning, nonetheless. 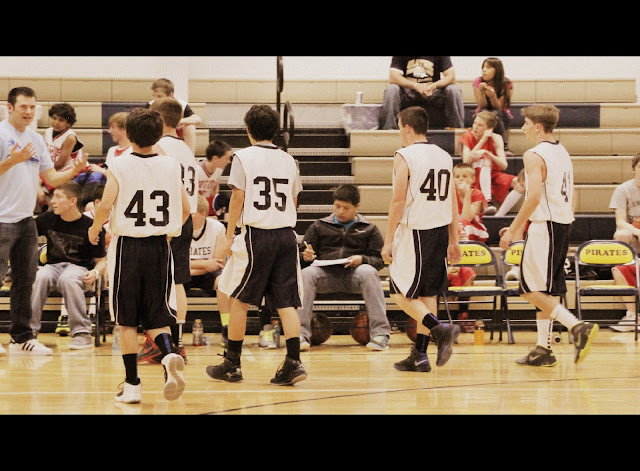 The tournament was our local club's fundraiser so the parents were expected to help with the duties involved in running such an event. For my part, I got up at 5:00 Saturday morning to work the early shift taking admissions. It didn't seem like that big of a deal when I originally signed up for it, but, by the time the boys played their last game at 5:00 p.m., I was really starting to drag ass.

The boys likewise started to drag ass around that time and they lost their final game by a pretty large margin, after having routed a local opponent (and MAJOR nemesis) in the game immediately prior. It was a fairly even showing, I guess, and, the important things held true: the boys had fun, they played with integrity, the club made some decent money and, none of our coaches got called with a technical foul and threatened with being removed from the gym (hello, coach of the MAJOR nemesis team). 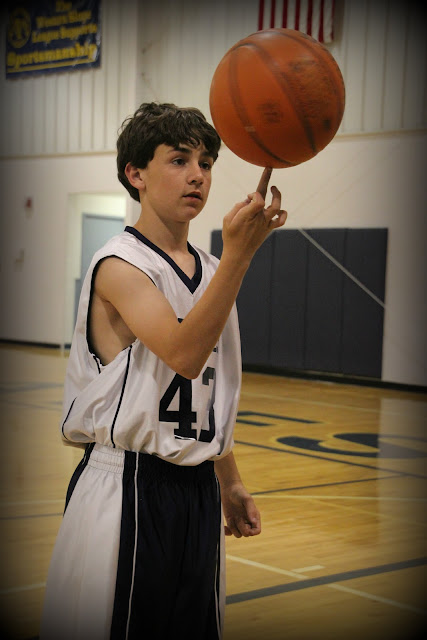 And, when I finally got to go to bed at just a bit after midnight (I was waiting up for The Teenager who had been at a surprise birthday party for a friend), I fell into a deep and rejuvenating sleep.

You know, until the cats started jumping on my head six hours later. Breakfast waits for no cat, apparently. Or, the other way around.

Whichever.
Posted by Chelle at 8:55 AM