First, The Teenager got to wear the color she has had her heart set on wearing since her Freshman year. The dress she chose was the perfect embodiment of her dream dress, and, she looked beautiful in it. Second, her hairstyle was exactly what she envisioned when she first heard that the theme of prom would be Under the Sea; the messy fishtail braid was a no-brainer and she rocked it. It took two hundred dollars worth of extensions, to do it, but, she did. 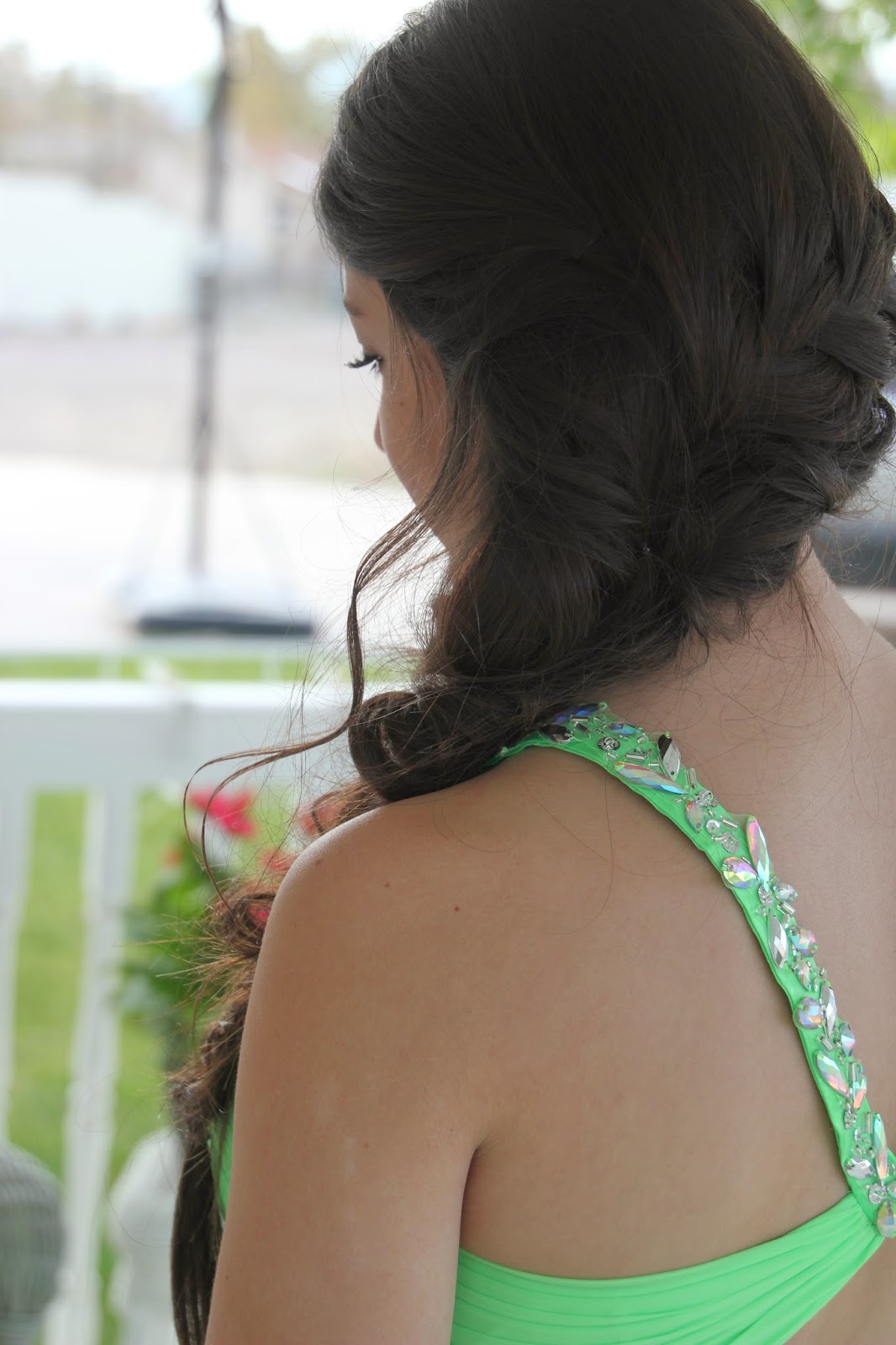 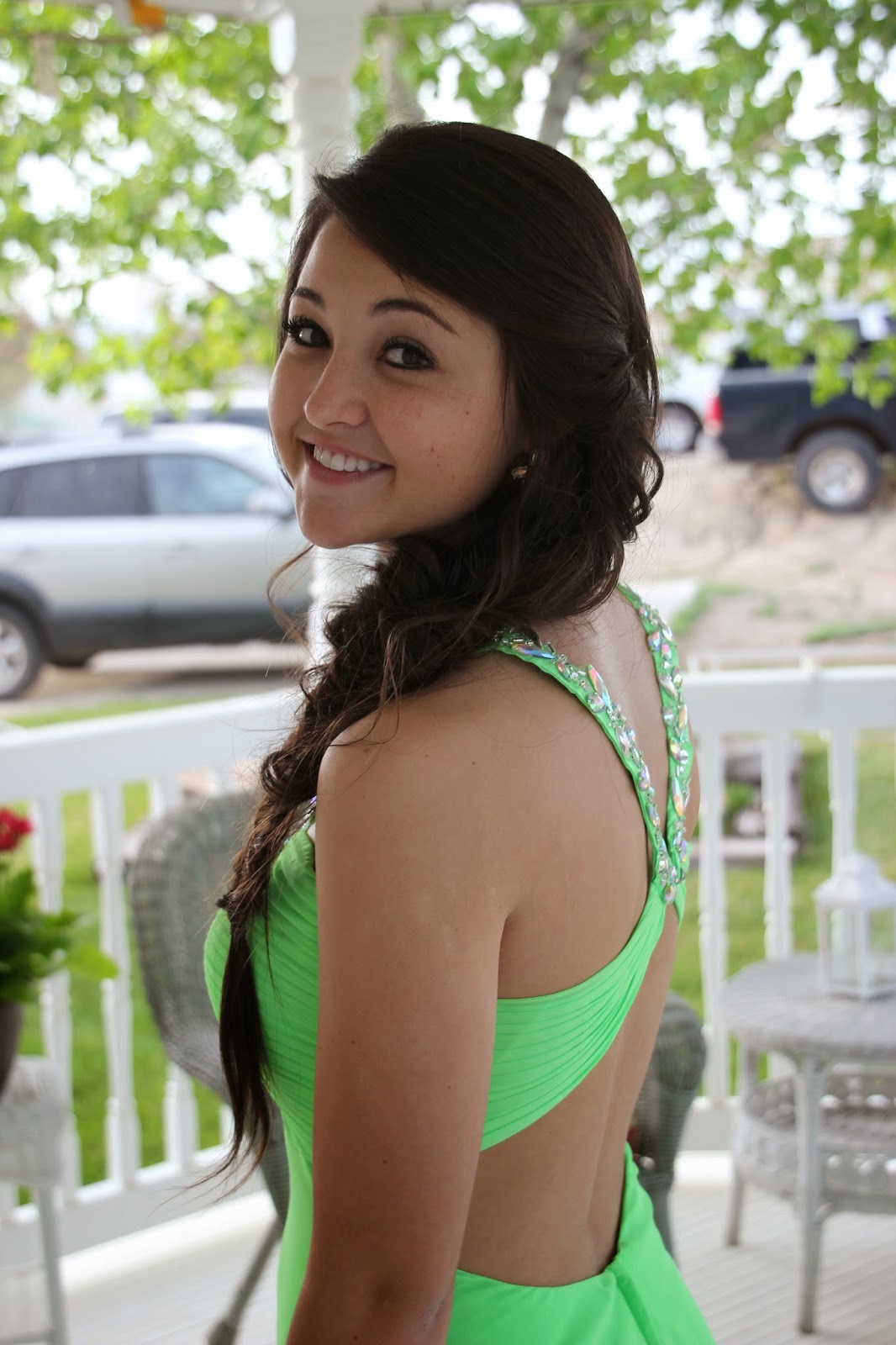 In addition to looking beautiful, The Teenager was surrounded by more friends than we have hosted at a pre-prom picture-palooza, yet. And, by more friends, I mean by eleven other couples. Yes, eleven. Which made for a real challenge when it came time to get everyone together for one group shot. But, I succeeded, and, The Teenager definitely felt the love. 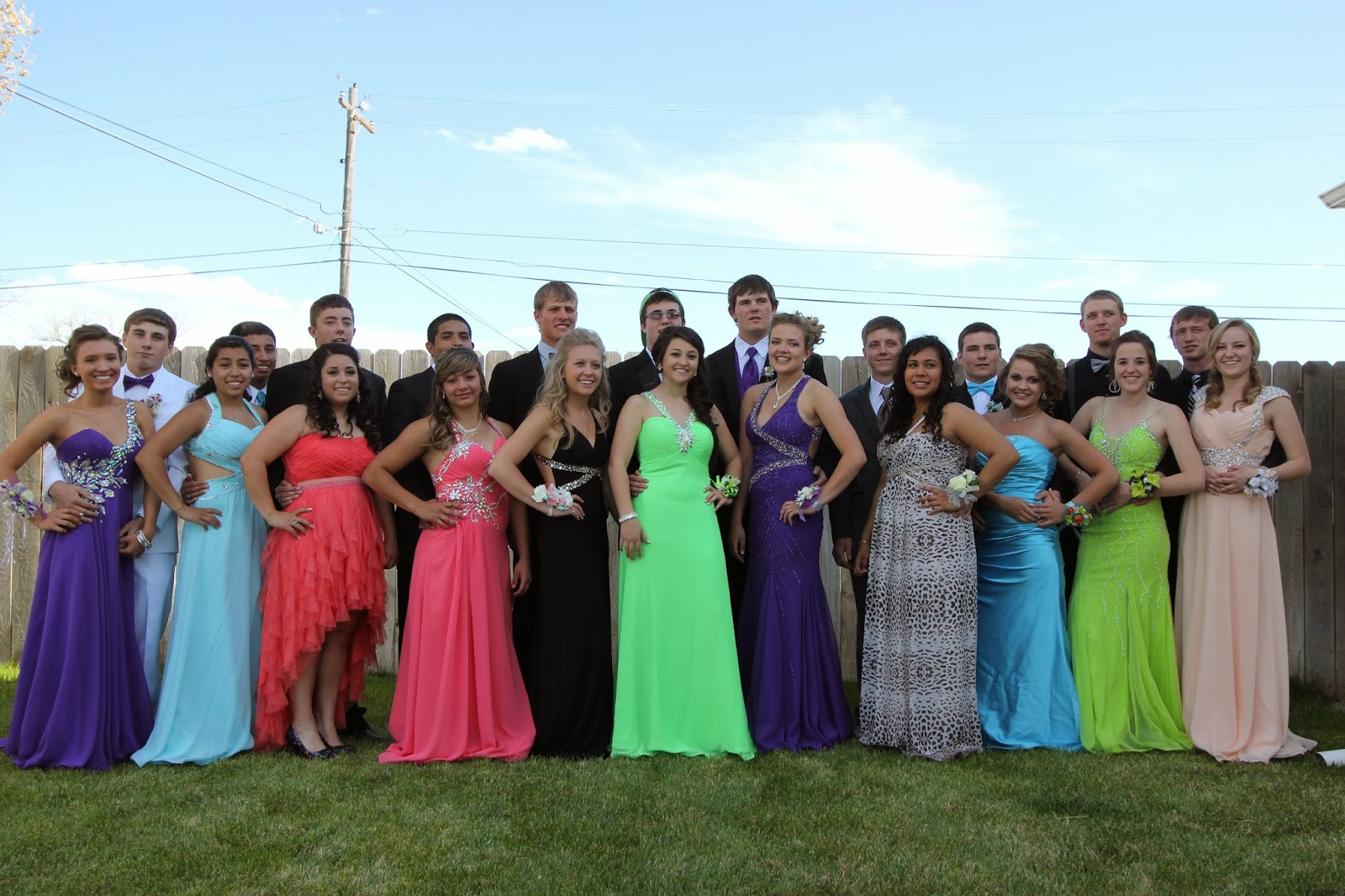 I would have liked to have taken some more creative photos, but, was helpless when it came to wrangling that many kids plus the enormous number of parents who accompanied them. In the end, it was easier to do a few standard group shots, let the kids leave for their dinner reservations, and focus my creativity on the core group of eight who I had remaining at the house for dinner. So, that is what I did. 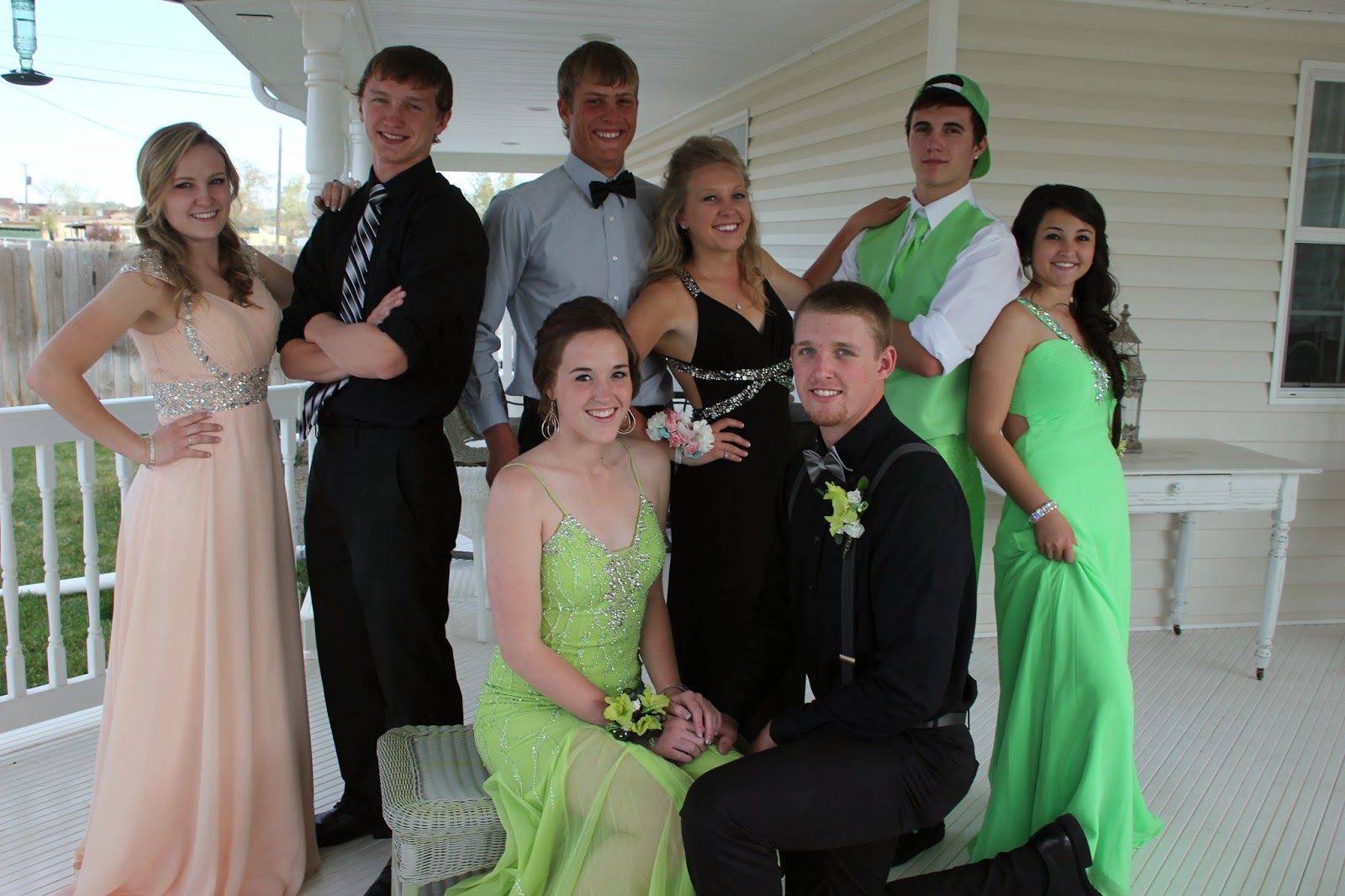 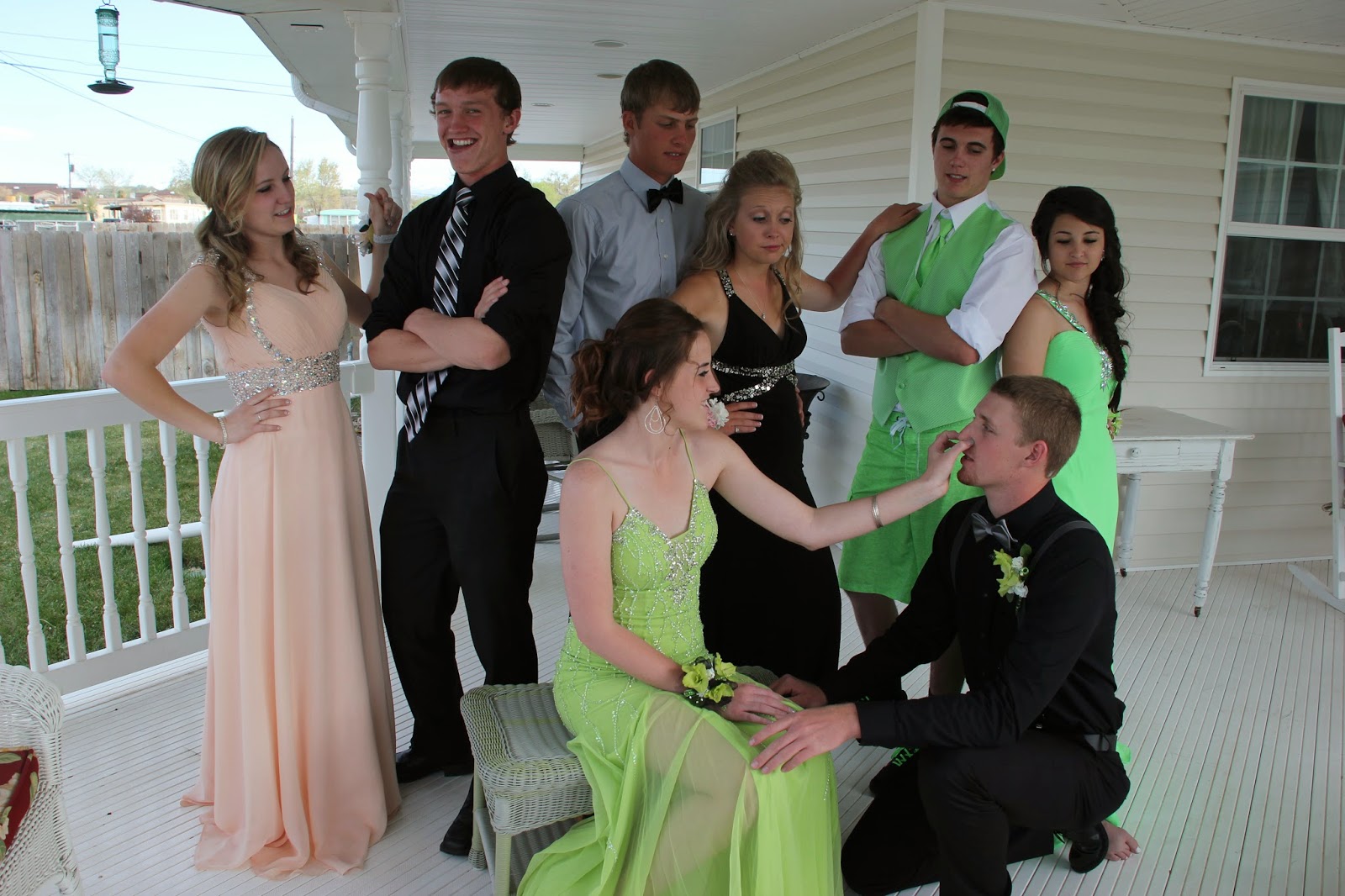 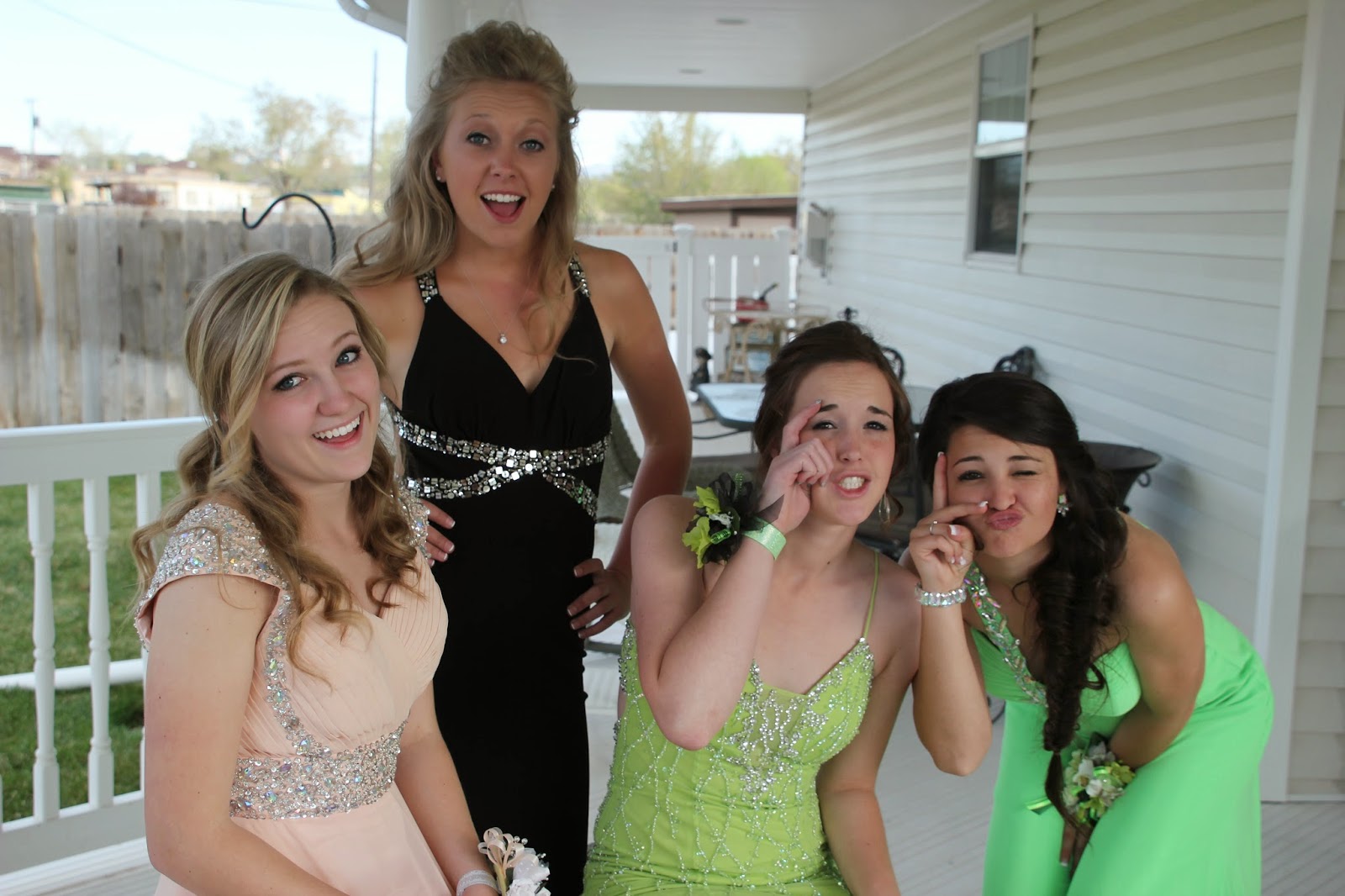 As I said, The Teenager enjoyed being surrounded by so many of her good friends, but, I think she would agree with me when I say that she would have also been perfectly content to celebrate her final prom with just two people, in particular... 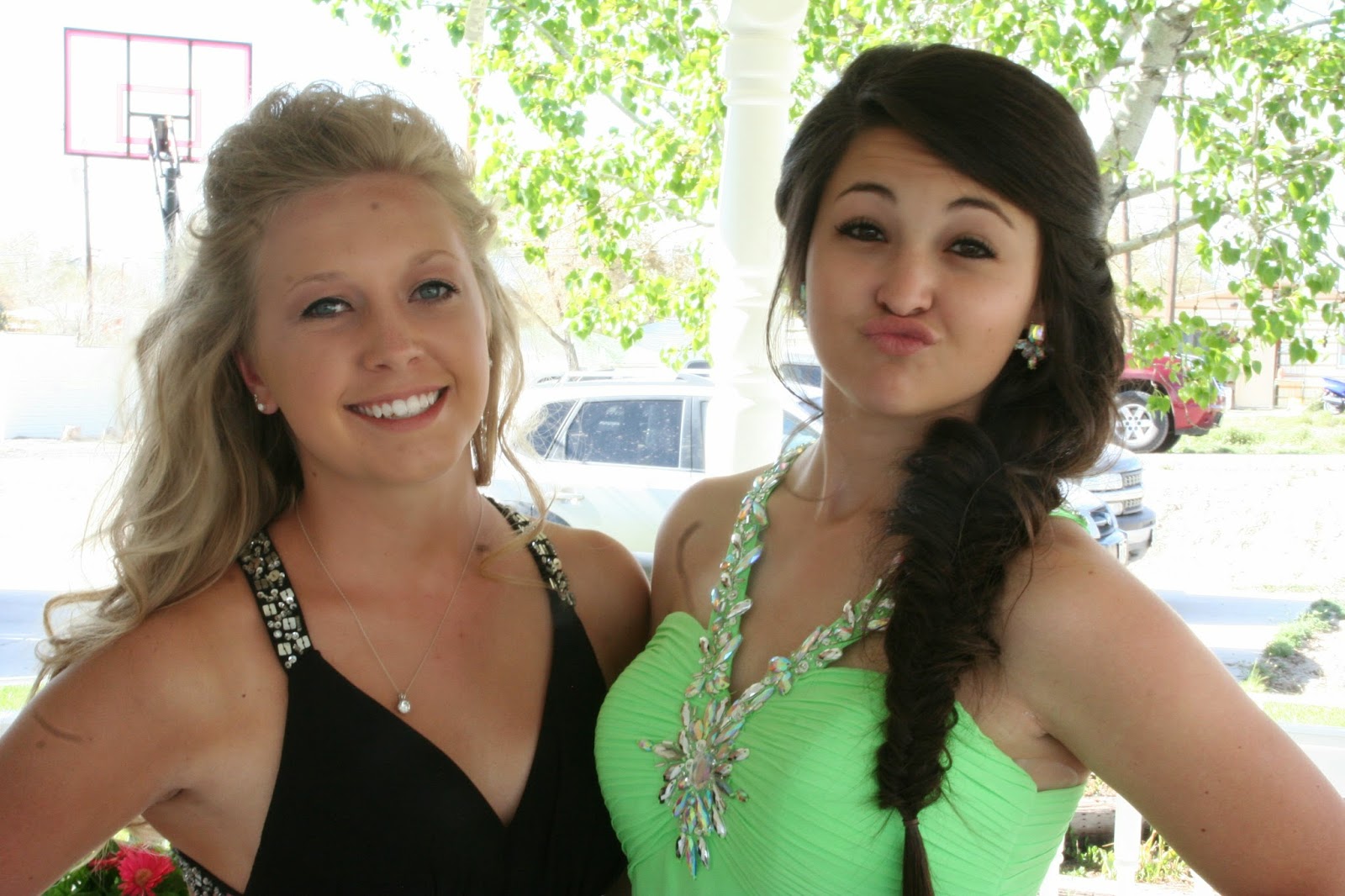 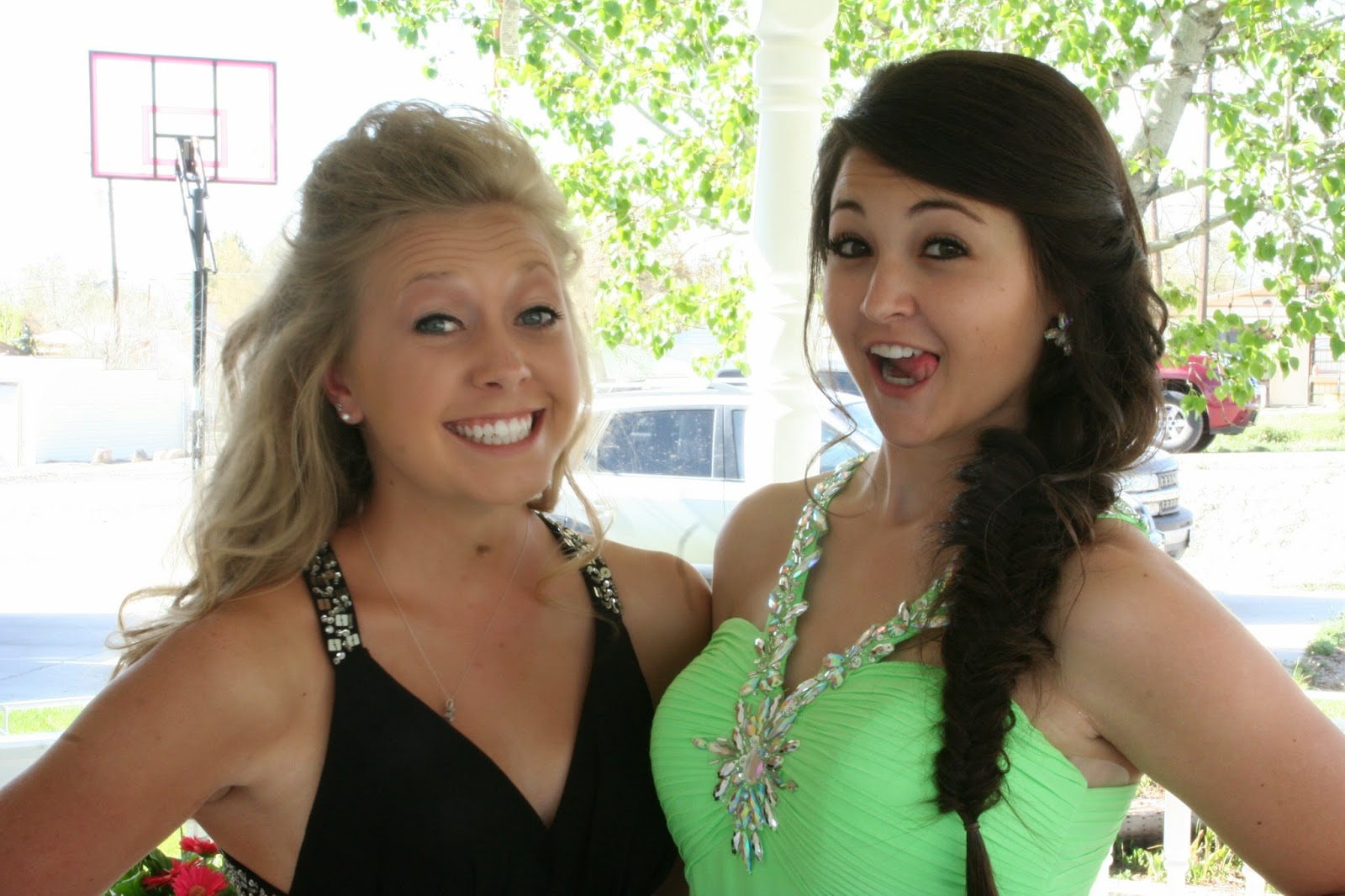 ...Katie, who has been The Teenager's BFF: The Girl Version since her Freshman year, and, on whom she relies for girl talk, slumber parties, advice about boys, and for an occasional good laugh at a Blond Moment, and... 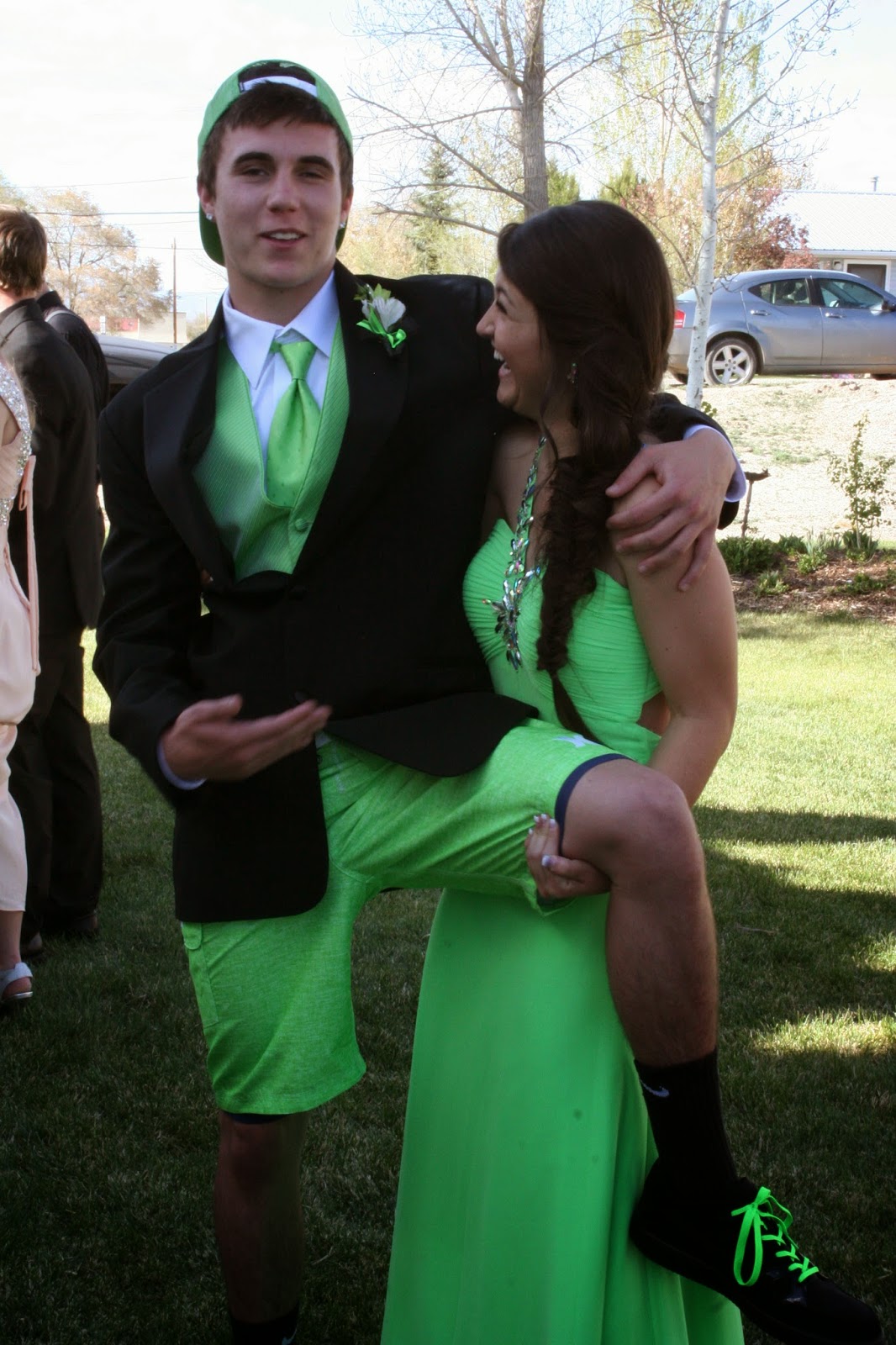 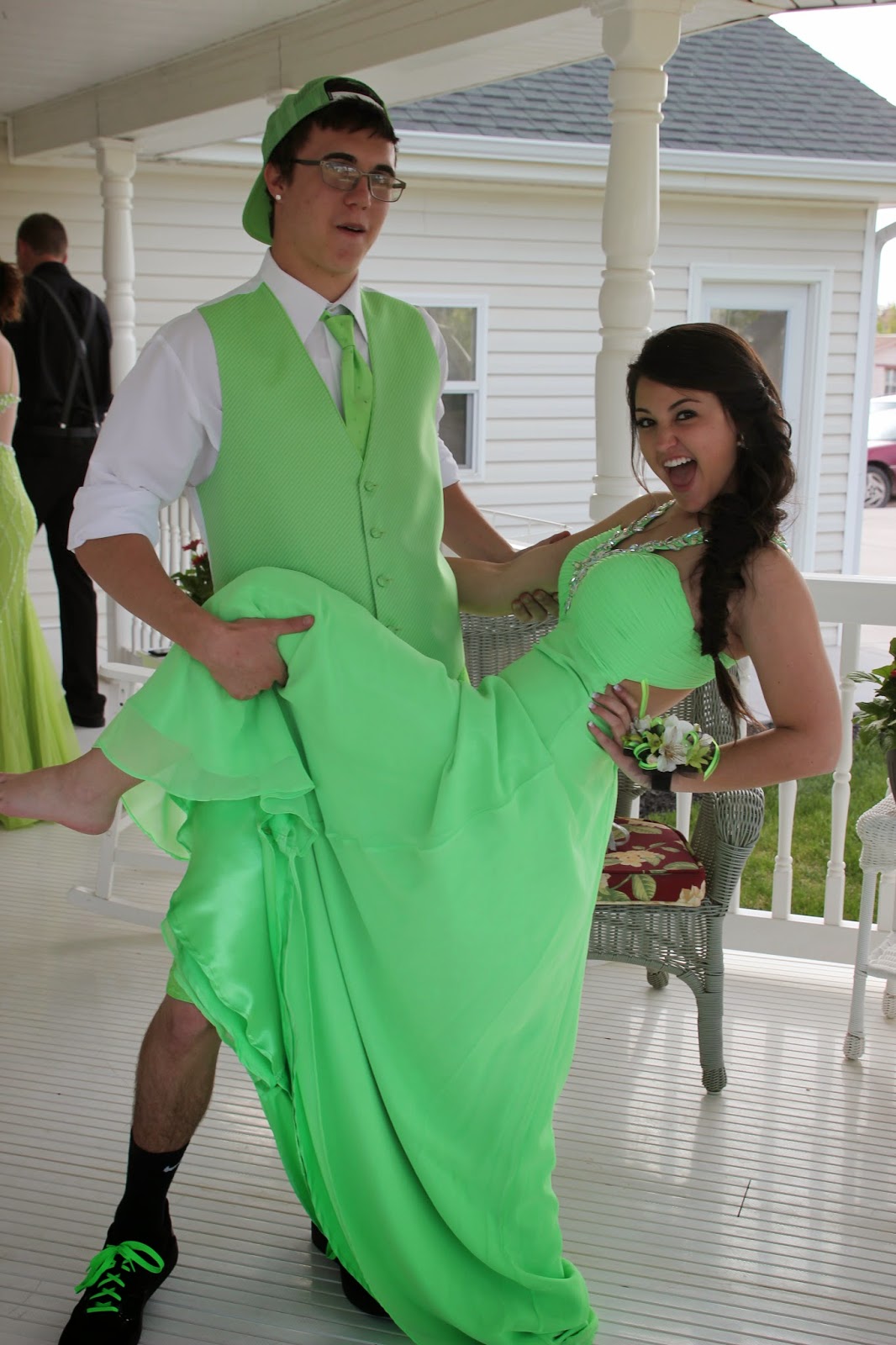 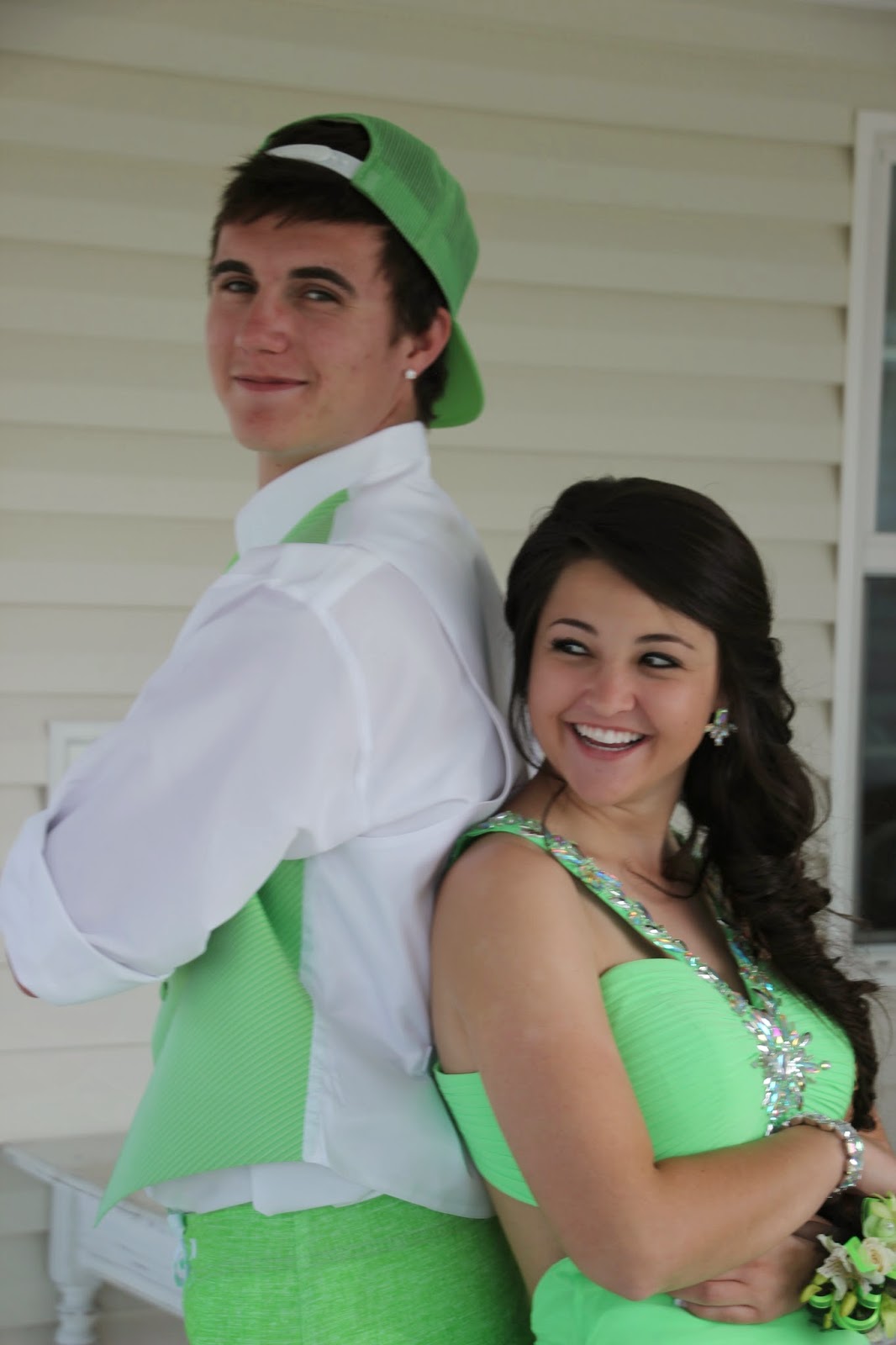 ...Bradlen, her BFF: The Boy Version.

The Teenager and Bradlen have been tight since right around Kindergarten. Together, they weathered the loss of their mutual best friend, Brandon, the summer after fifth grade, and; they have remained a unit ever since. They share confidences, advice about the opposite sex, and a raunchy and-at times-inappropriate sense of humor. I can't imagine anyone else I would rather have had The Teenager go to her Senior prom with, and, neither could she. He was a very good date. 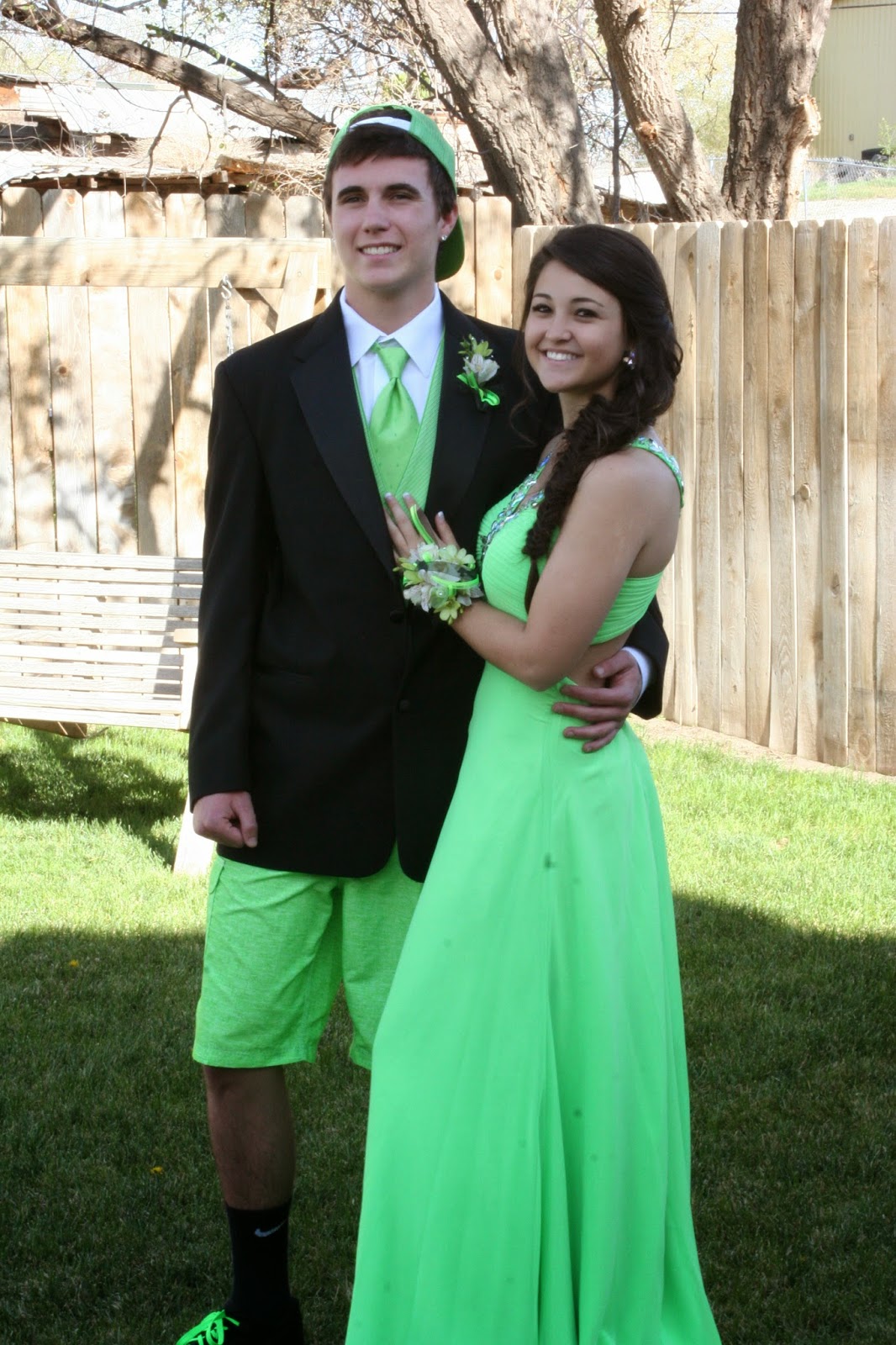 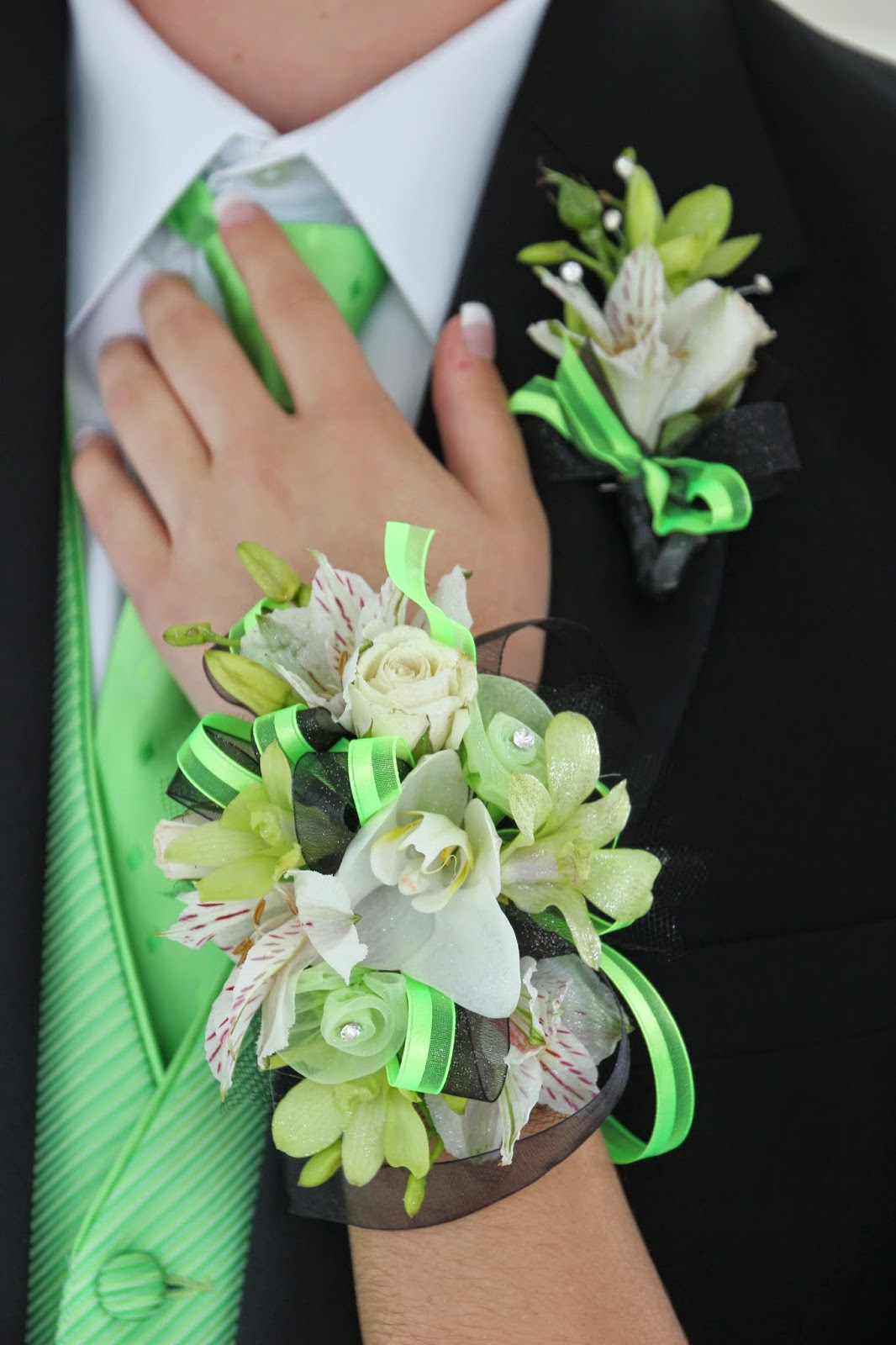 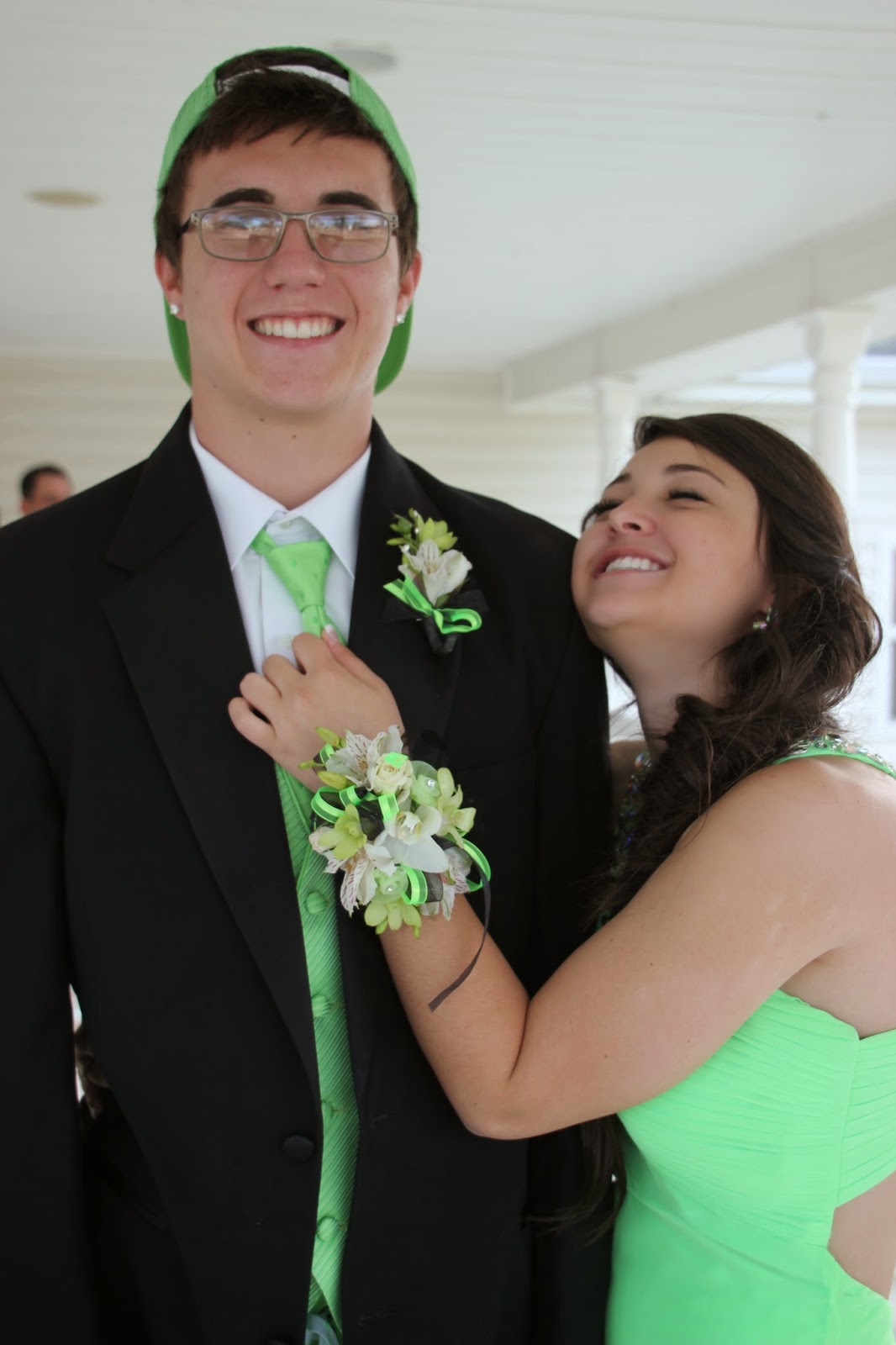 So, with good friends, the perfect dress, and an awesome date, what could have possibly made the night any better?

And, what could have made that even better? How about having the Prom King be one of The Teenager's best friends? 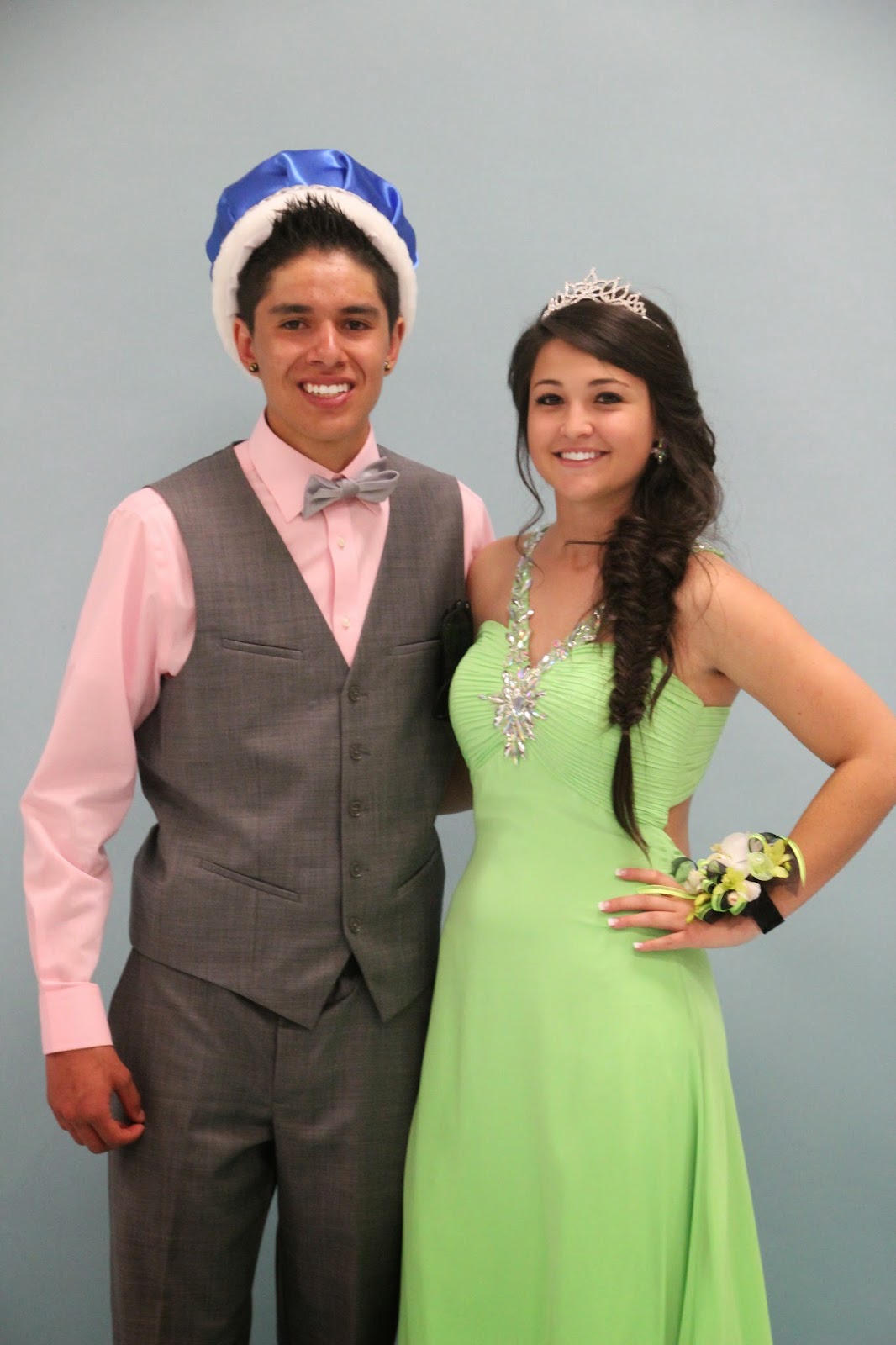 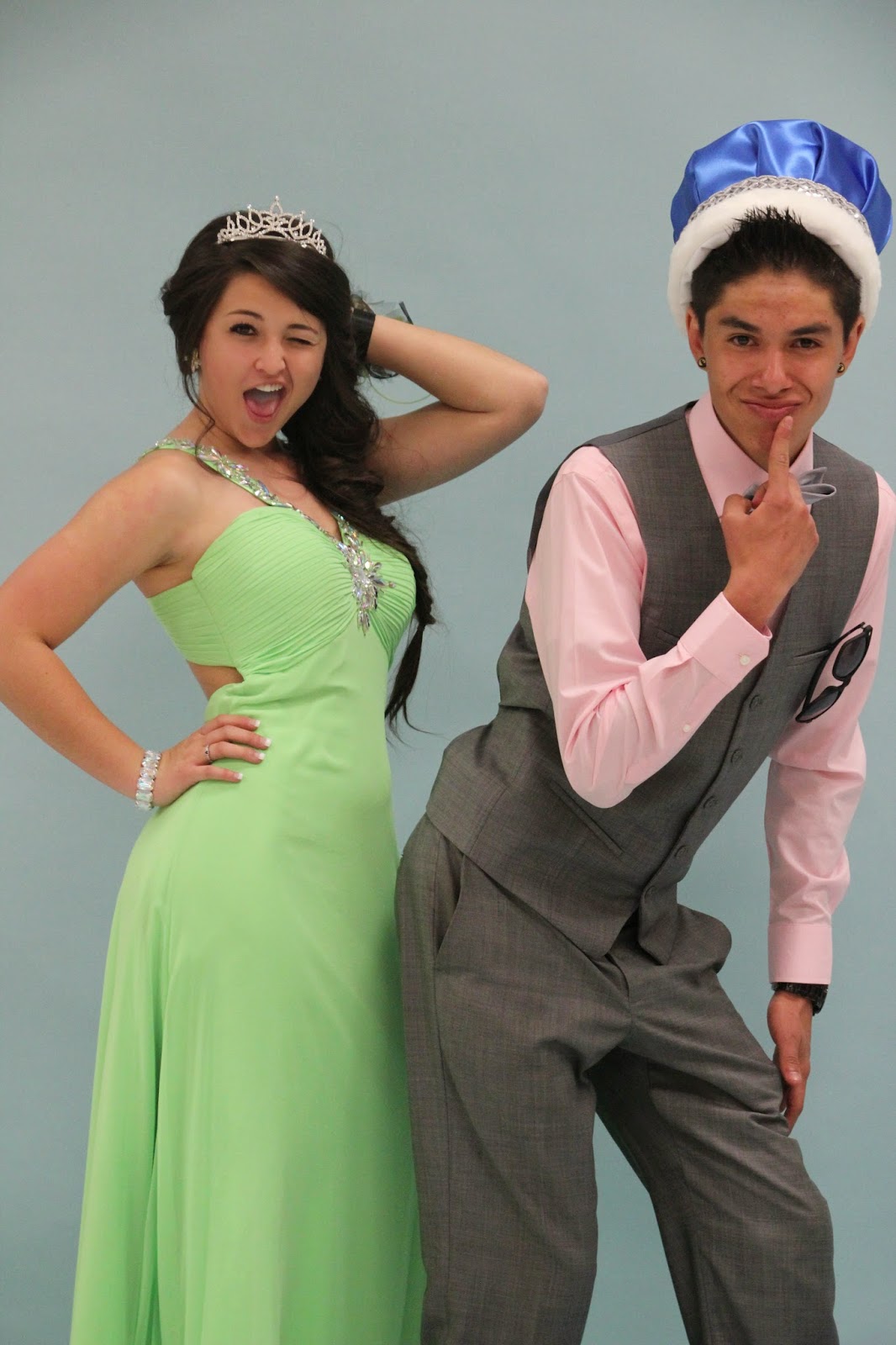 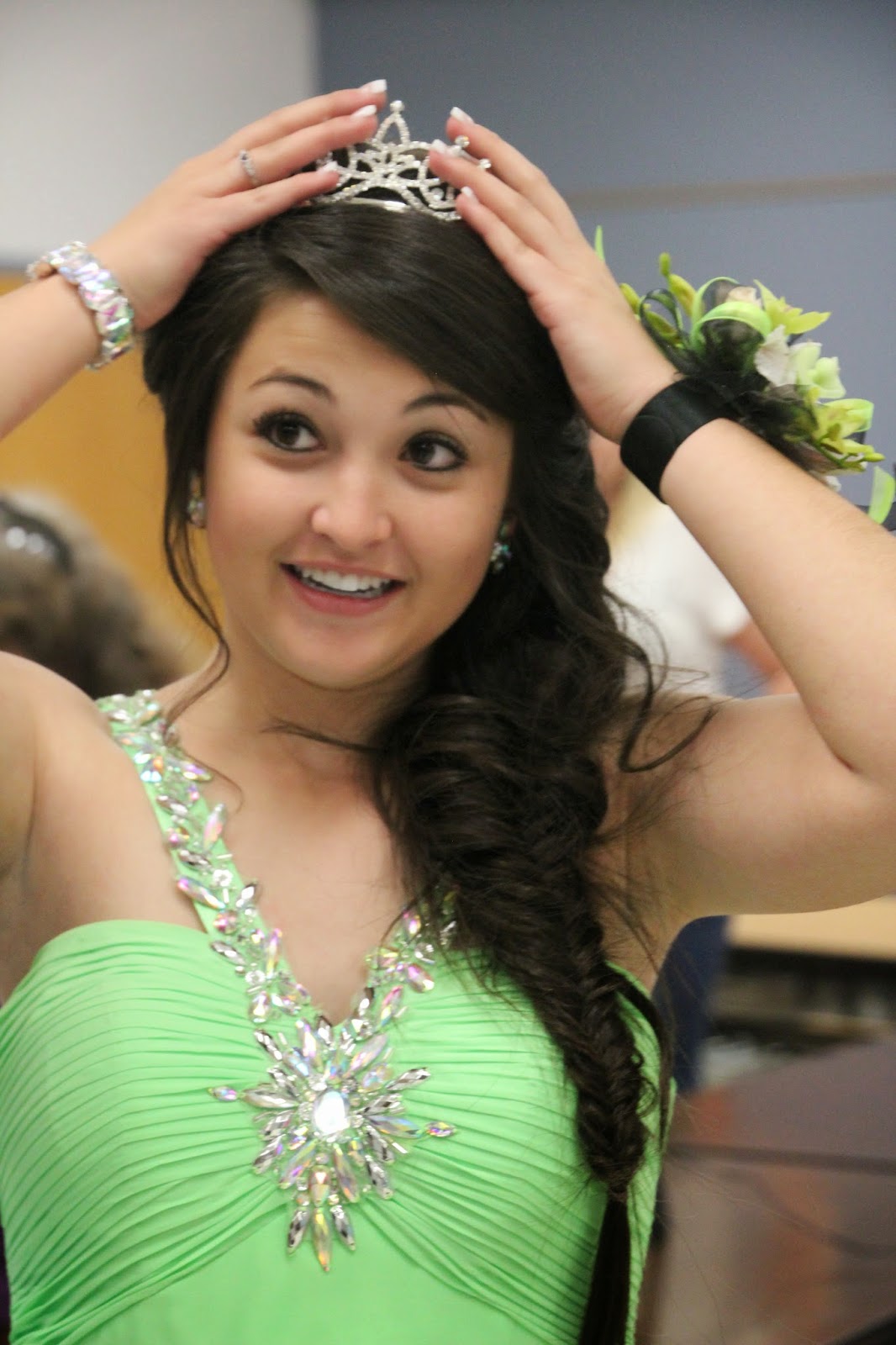 It should also be noted that the King and Queen were voted Biggest Flirts by the student body earlier this year. I have no idea why.

So, it was a very good prom for The Teenager. And, I'm not gonna lie; it didn't exactly suck for the rest of us. 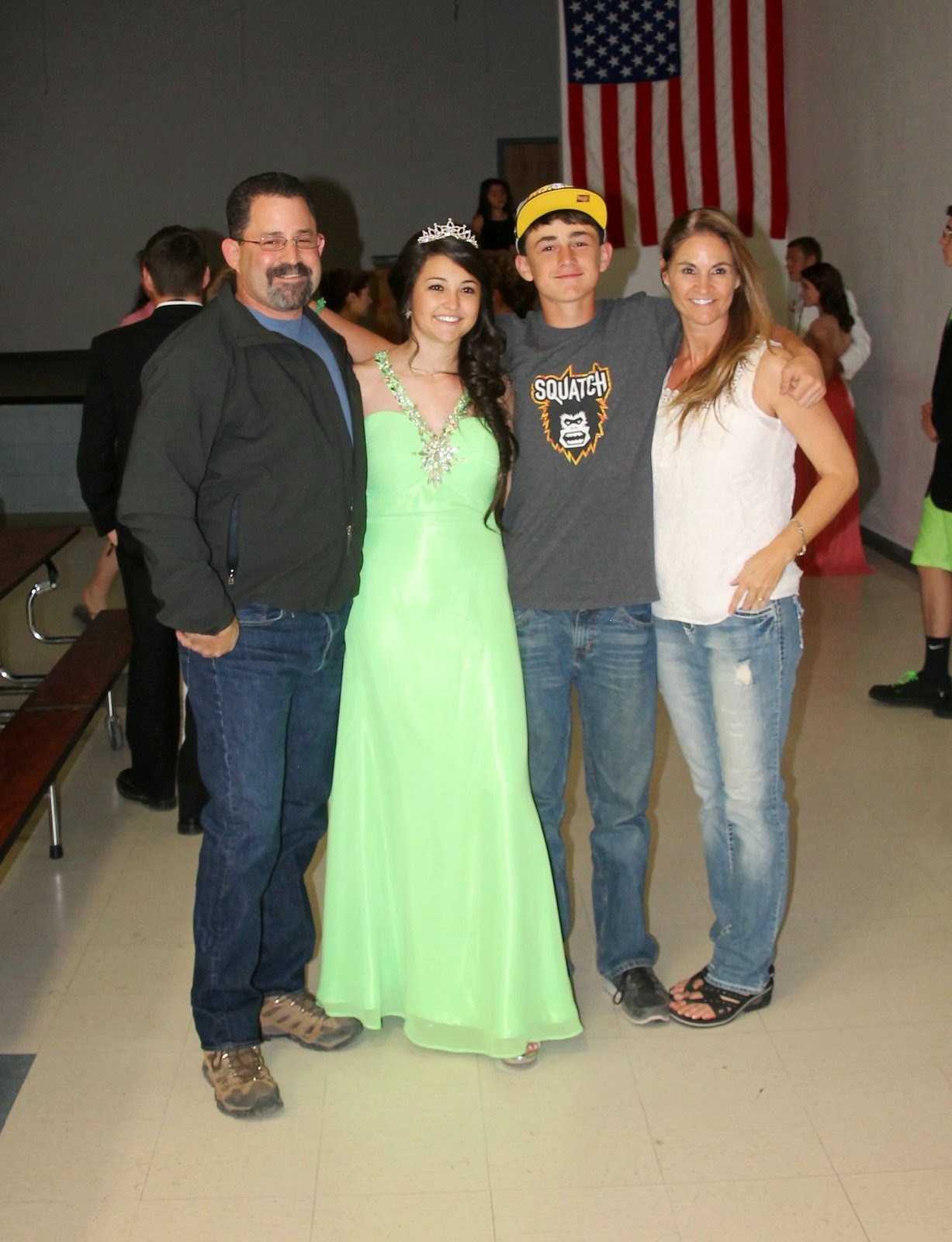