Last night, I hosted a jewelry party on the porch. Actually, I was not the hostess of the party per se, but, of the location. See, my office mate and friend, Kortni (you may remember her from such thrifting adventures as Pickin' at the Pea and Cowhand Sally's Barn Sale), was recently separated from her fiancée due to some nasty behaviors on his part. Dumping him, according to Kortni, was no big deal; losing the house they shared, and that Kortni had worked her tail off to decorate and make homey, however, was a blow.

Long story short (too late!), Kortni had scheduled the jewelry party several months ago and she did not want to reschedule. Because she is currently bunking on the couch at her dad's house (her new townhouse won't be move-in ready until this weekend), her options were limited, and, since she didn't really want to hold the party in a conference room at Day Job, I offered the porch.

I'm glad I did; we all had a ball. The party was really well attended, and, despite a steady drizzle throughout the evening, the porch kept us dry and comfy, and, with the temperatures in the high 70's, it was perfect conditions for a large gathering.

Of course, it wouldn't be a porch party without some liquid refreshment, so I offered to provide the drinks; in this case, a white sangria that may just become my new favorite drink. I used a combination of wines as well as peach brandy and a simple syrup, which I poured over a mixture of white nectarines, strawberries, and lemons, then finished off with a splash of club soda. It was refreshing, not too sweet, and carried a ninja kick that didn't hit you until you had sipped the last drop through your straw.

So, friends, new acquaintances, sparkly baubles, tasty snacks, and a cocktail; sounds like Porch Night to me. 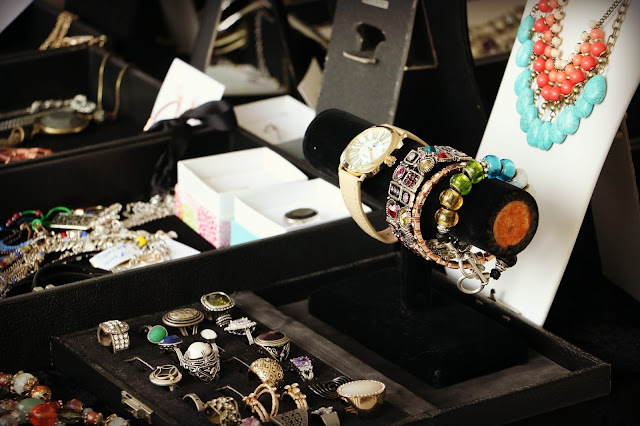 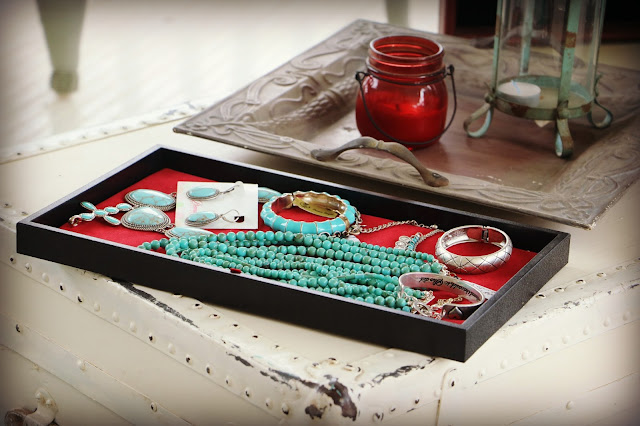 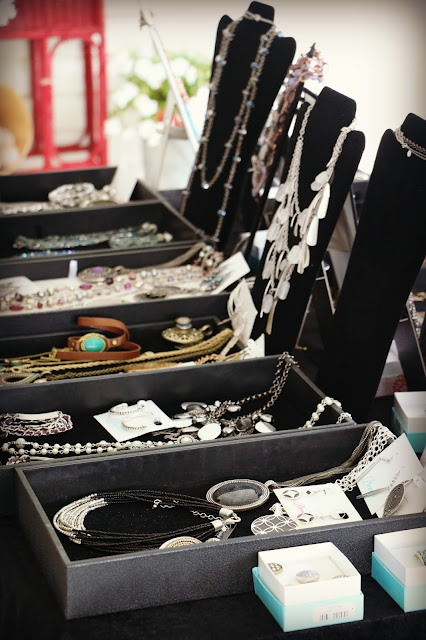 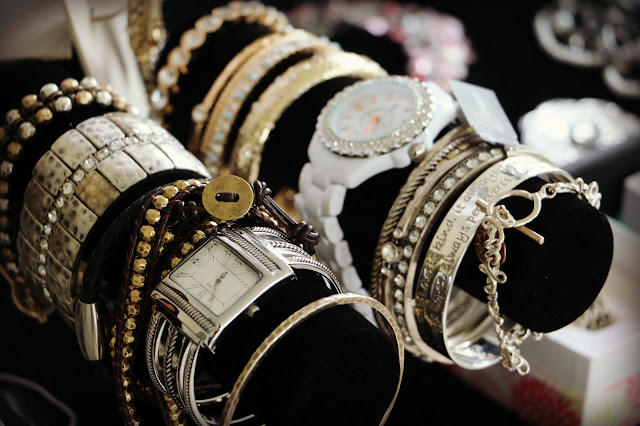 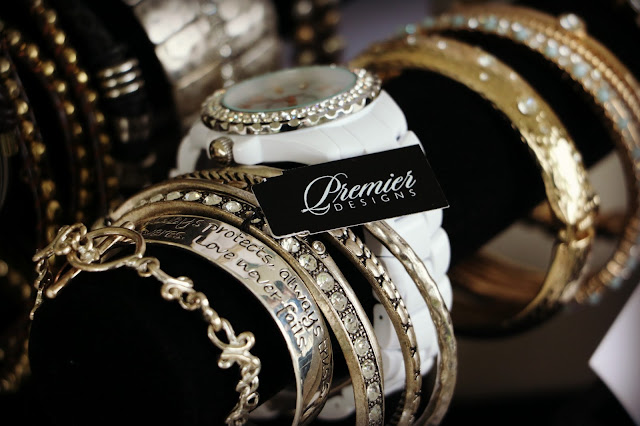 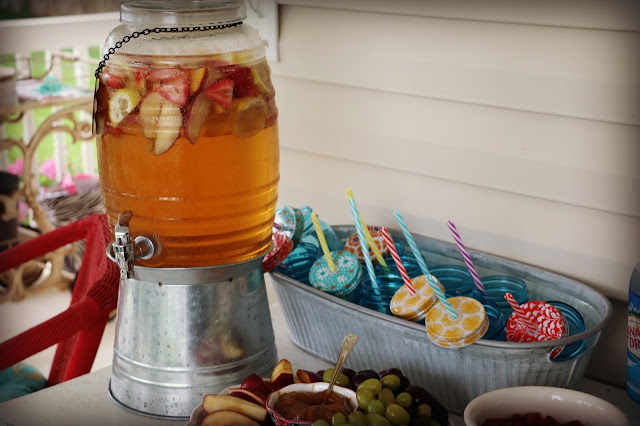 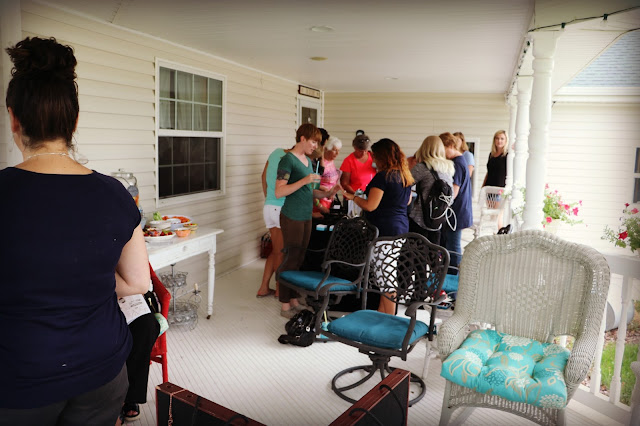 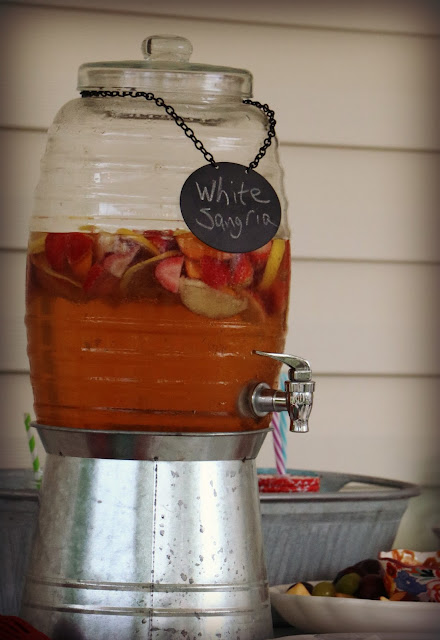