Thyme Began in a Garden

And it definitely did well in mine this year.

I'm not complaining; I love thyme. In fact, next to basil (which, also did well in my garden this year), thyme is my favorite herb. I use it in several chicken dishes as well as in my homemade chicken noodle soup. Actually, the last time I made the soup, I noted that I was running low on thyme, so, having this harvest to dry and store will come in handy. Plus, this cutting was only the first; there is still a large, healthy bush in the garden that will require several additional cuttings before the end of gardening season. 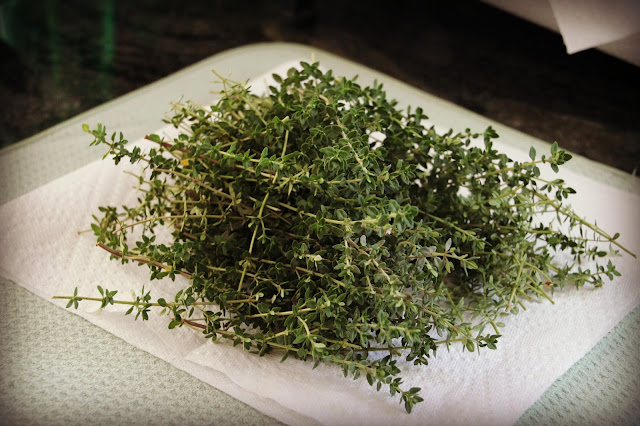 In addition to the thyme and basil, the garden has produced a shit-ton of cucumbers again this year (why is it always something I don't like, Garden Gods, why?), as well as a plethora of tomatoes, both the larger Roma and San Marzano variety, and the smaller yellow pear type.

I also harvested one head of cabbage so far, with six or more still to go, and I am anxiously awaiting the full growth of several eggplants (that's a total lie, Hugh is awaiting the eggplant, I could take it or leave it. Probably leave it, actually). 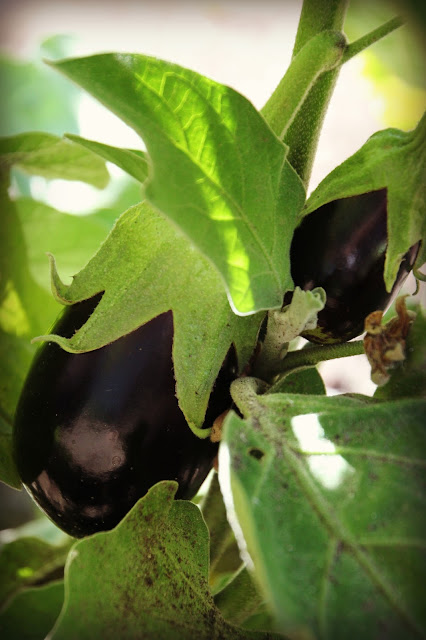 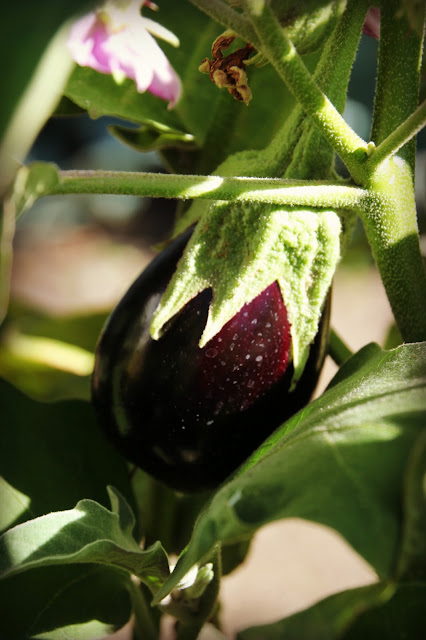 But, the best news of all is that I counted five baby butternuts on my squash plant this morning. They are in varying stages of development, but, should all mature right on time to make a large vat of butternut squash soup with plenty left over for butternut risotto and, for me to experiment with butternut ravioli (Fall Bucket List!). This makes me happier than is probably warranted, but, I take my victories where I can get them (see above: Cucumbers and Eggplant). 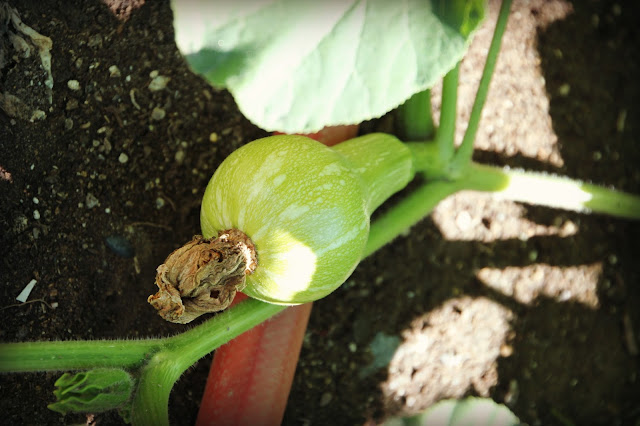 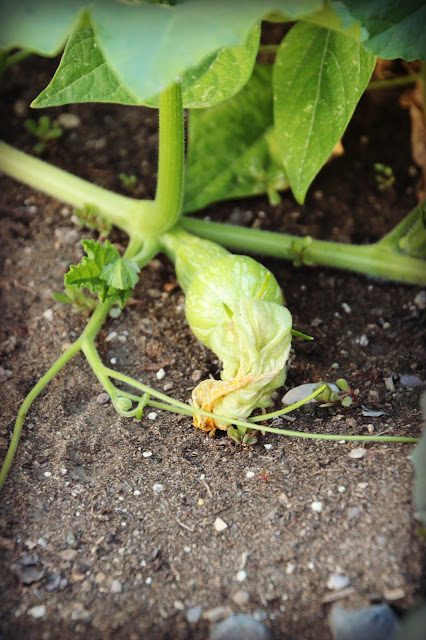 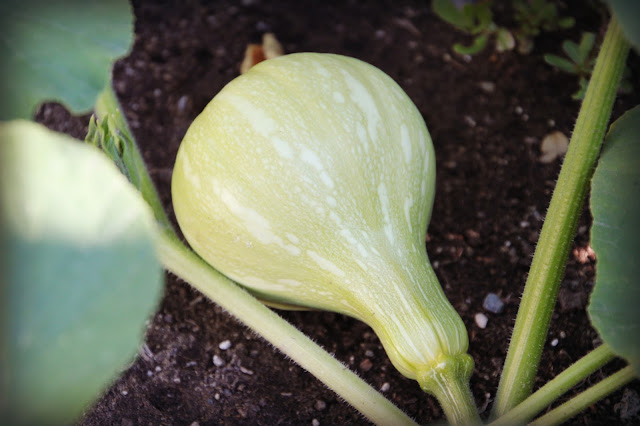 Not terribly pleased with the direction that the garden is taking would be the Man-Cub, who has been warily eyeing the large Brussels sprouts plants. I'm 99% certain that the sight of the plants triggers a PTSDesq reaction from him, stemming from that one time when we forced him to at least taste a Brussels sprout and he gagged and almost barfed in his dinner plate. 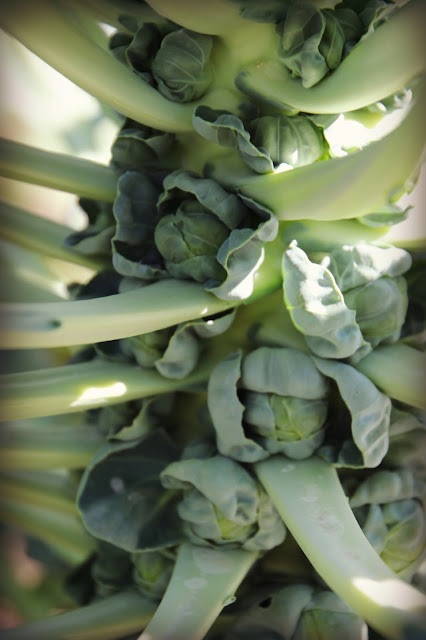 I actually still get a chuckle out of that stellar parenting moment.

All in all, it's been a pretty good gardening year, which, makes up for that nightmare that I went through last year. Thank GOD.
Posted by Chelle at 6:30 AM