Bless the Breasts and the Vague Posters

I hate when bloggers write a post alluding to something happening in their lives without sharing details.

I hate it worse when they fail to follow up with an explanatory post, but, instead, continue to vague-post about whatever the hell it is with no intention of ever sharing details or clearing up confusion. I mean; why would we care about a nebulous incident in your life if you aren't even willing to share?

Which, is why I am going to share what's been going on in these here parts.

I already mentioned that "it" had to do with some medical issues concerning Queen B. Scary medical issues. Like, the "C-Word", scary. Which, I can talk about now, because a) I have Queen B's permission to do so, b) the biopsy that Queen B had on Tuesday came back negative (Amen!), and,  c) October is breast cancer awareness month so, I can consider this a public service announcement and feel good about it.

So, here are the deets:

In July, Queen B noticed what she thought was a rash on the side of her breast. Several rounds of prescription cream had no affect on it, so, she went to the doctor to have it looked at on Monday. The practice that we use (because our insurance prefers that we do) is a great practice, but, it's a revolving door, and, neither Queen B nor I have ever seen the same doctor twice; the doctor who happened to be available for her appointment suggested that Queen B try another steroid cream for two weeks, and, if she didn't see improvement, she needed to come in for a biopsy since the rash could be a sign of inflammatory breast cancer. Or, she could just do the biopsy right then. Like RIGHT then.

Queen B was a titch freaked, so, she opted for the cream, took her prescription and left.

Then, she called me in a panic because she was scared that she had made the wrong decision. We talked for a bit, and, given the history of breast cancer on both sides of the family, I suggested that she call the doctor back and ask for a biopsy rather than potentially wasting two weeks on a cream that might do nothing.

Of course, the doctor she had just seen was booked solid for two weeks, so, she took the first available appointment, with a different doctor, the following day, and, I made arrangements to take off work so I could be with her.

The new doctor was not enthusiastic about doing the biopsy, but, when she said "Well, it certainly presents like inflammatory breast cancer", I insisted, despite her quickly following up with "But I've never seen it in a 22 year old".

Since I am a) paranoid and b) pushy, I pointed out that there is a first time for everything, and, while I sure as shit hoped this wasn't that time, I would prefer that she test the 22 year old with the rash that presented like inflammatory breast cancer and a family history of aggressive breast cancer rather than crossing our fingers and hoping that it wasn't cancer while allowing it another potential month to spread.

Whew. Run on, sentence, run on!

Anyway, the doctor acquiesced to my demands and the biopsy was conducted and, we got the news today that a) Queen B does not have cancer and b) I am indeed paranoid.

But, I would rather be paranoid alllll day long then be the mother of a cancer patient.

Ladies, check your breasts regularly for lumps, thickening of the breast tissue, and/or changes in the skin on your breasts. Inflammatory breast cancer, while not as prevalent as other types of breast cancer, is extremely aggressive and harder to treat. It presents as a rash on the breast tissue, often resembling an orange peel, and is sometimes warm to the touch. If you notice any change in your breasts, consult your doctor; it really is better to be safe than sorry considering that early detection increases the chances of survival.

And, that's the story. So, now you know. 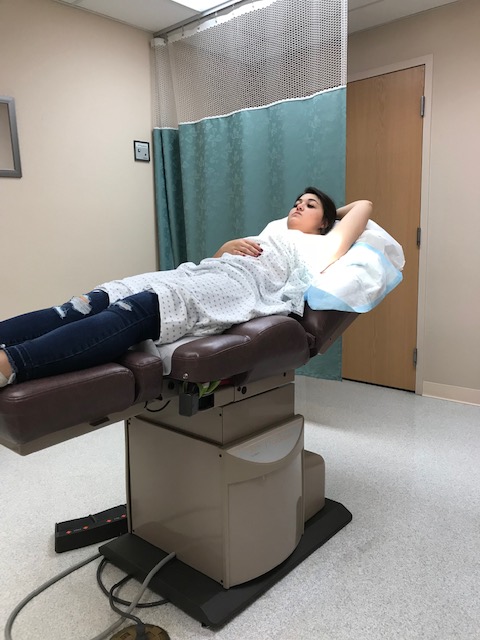 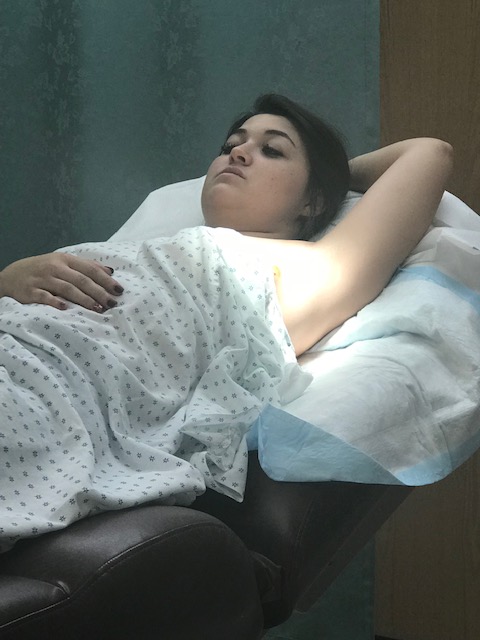 Last time I ever hope to view this particular scene, thankyouverymuch