I'll be putting my garden to bed in just a couple of weeks; I'm just waiting for the first light frost to harvest the Brussels sprouts and butternut squashes. 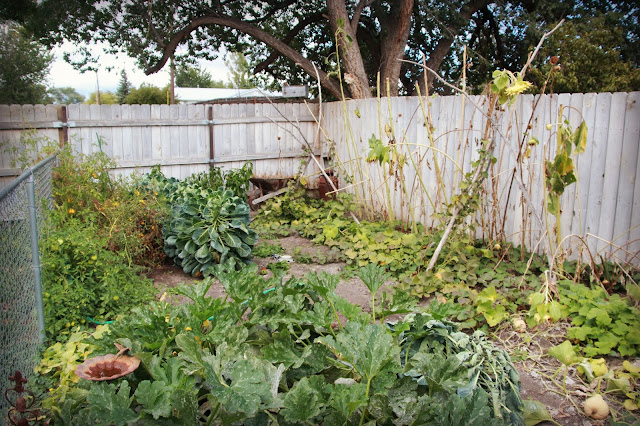 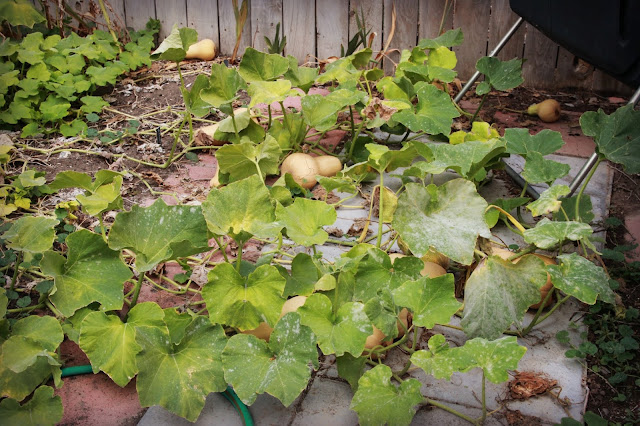 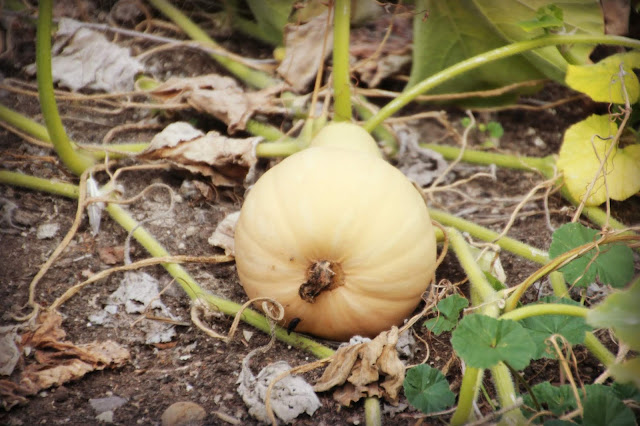 Yesterday, I pulled up the tomatillo, which, was an experiment this year, one that was an epic failure. In fact, the note I would make in my garden journal (if I kept such a thing) is Tomatillo: NEVER AGAIN. It just wasn't worth the space it took up in the garden.

I also pulled up the cucumber, which was not a great producer this year (totally my fault, I purchased the wrong variety from the nursery and didn't realize it until it was too late), and I harvested what I am hoping is the last of the yellow zucchini.

I still have a Roma tomato plant that is producing, but I have no doubt that I will be pulling it by the end of next week, along with the pepper plants (from which I harvested a gallon of jalapenos, yesterday).

The most exciting thing to happen yesterday, however, was the discovery of actual sweet potatoes underneath all of that vine, and, by all of that vine, I mean ALL OF THAT VINE. It stretched everywhere, climbing the trellises that we set up for it, the sunflower stalks standing next to it, the antique wheelbarrow parked a ways away from it, and the fence surrounding the garden.The vine was prolific, y'all. So, thank goodness there were tubers to show for all the real estate the vine took up. 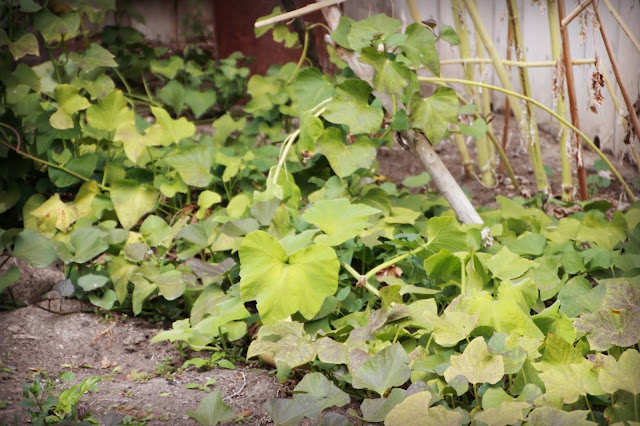 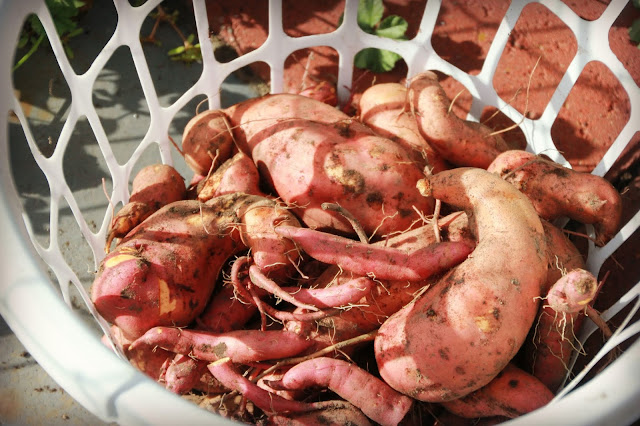 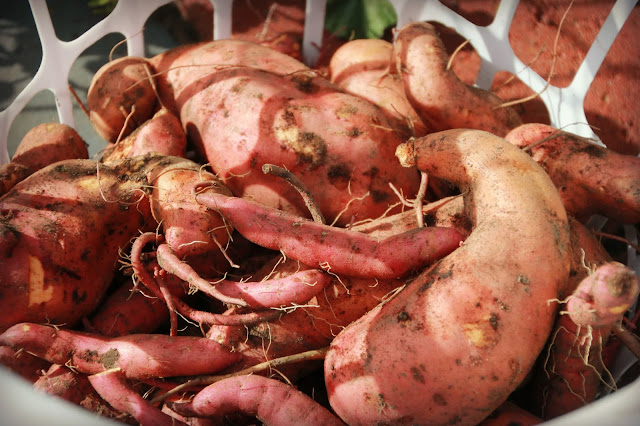 I'm in the process of curing the potatoes, which is supposed to take about ten days, and then I am looking forward to enjoying them roasted, with olive oil, coarse salt, and cracked pepper. My mouth watered just typing that.

This year's garden was an exercise in frustration at many points (bugs! So many bugs this year!), and, I didn't really get the usual therapeutic vibe that I have historically gotten from my gardening. Instead, I felt somewhat burdened by its' care; I felt like I had to rush home from work to tend to it, which, meant that I had to shuffle my evening walk/run to accommodate it. Combine that with the responsibility of having a dog again and, my summer evenings felt less relaxed than they did last year. I didn't like it.

So, I'm contemplating a year on/year off schedule with the garden. Of course, that may change completely next spring, when the seed catalogues hit my post office box; I am nothing if not flexible.

You know, dealer's choice.
Posted by Chelle at 8:31 AM