It's Just a Bunch of Hocus Pocus

When last we spoke, I was headed out the door to compete in Day Job's annual Halloween costume contest, and, while I'm sad to say that my costume failed to win a prize, it certainly generated a lot of laughs.

My co-workers were great sports, joining as Mary and Winifred to my Sarah Sanderson. I can't imagine doing this particular theme with anyone else, and, personally, I think we rocked the costumes. 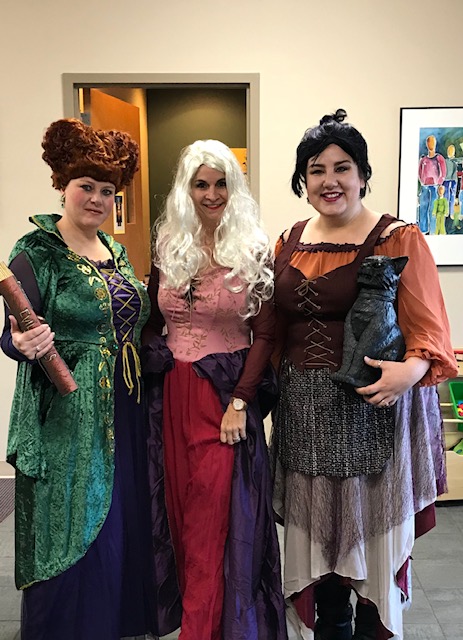 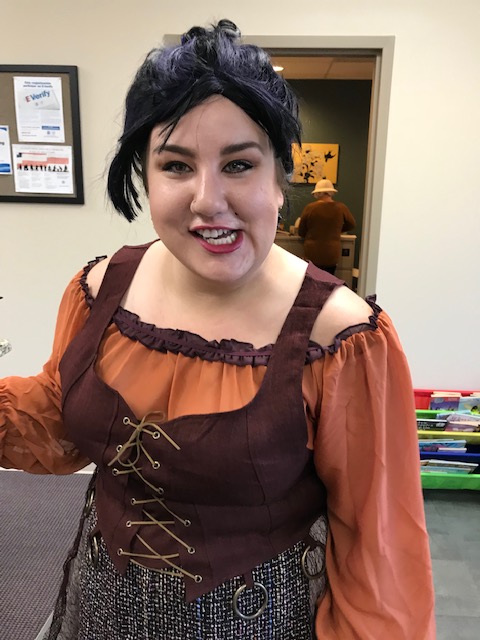 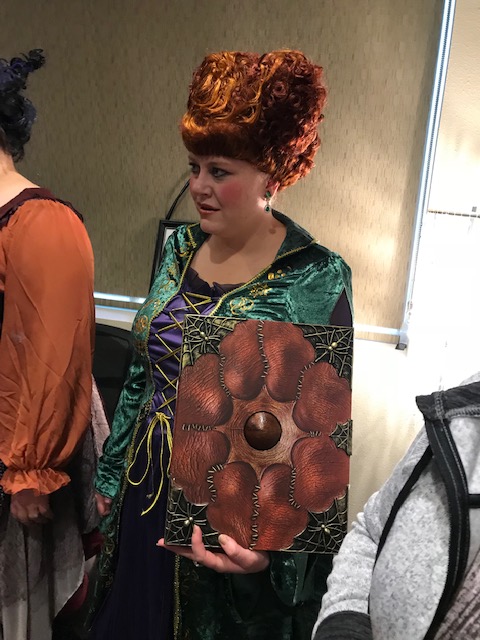 For the record, the Sarah Sanderson costume is tough to pull off; it tends to walk a very fine line between Saucy Witch and Drag Queen. I'm really hoping I didn't cross over into gay nightclub territory, but, I'll let you be the judge. 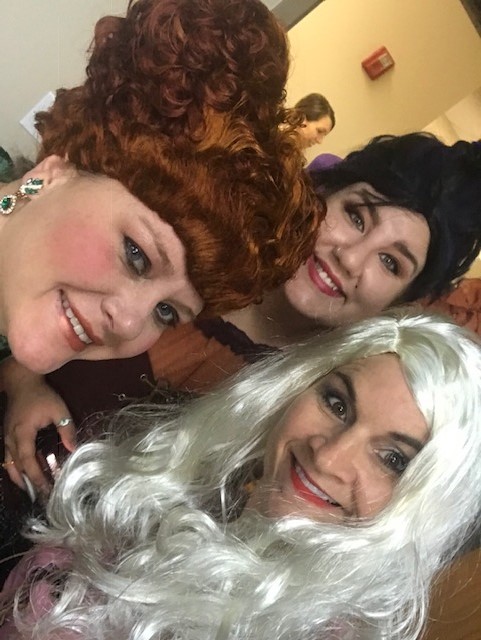 Of course, now you're probably asking yourself how, with those awesome costumes, could we have possibly lost the contest; I mean what could be better than the Sanderson Sisters? Um... how about a bouncy T-Rex? 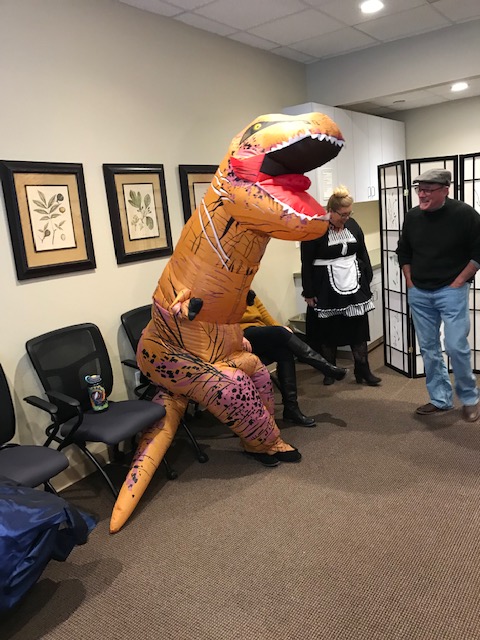 That's right, we lost to a dinosaur. No hard feelings, though, in fact, we invited T-Rex to join us in reverse Trick-or-Treating later in the day, delivering candy to the local Police Department and City Hall. 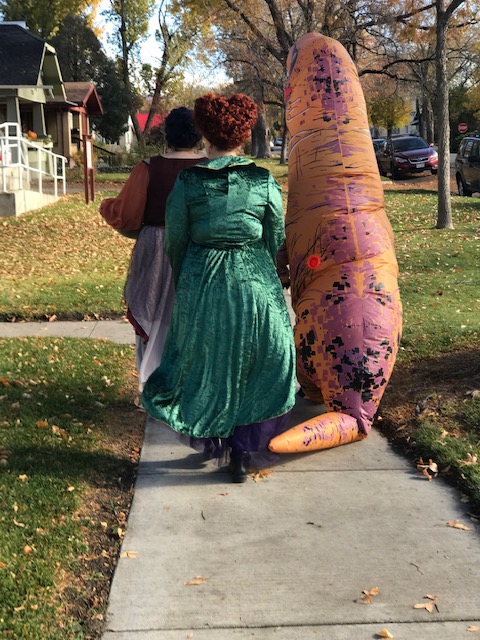 But, first, we played a round of Live Clue, which was ridiculously fun. I didn't win, but, seeing the creativity that my co-workers put into their costumes for the game was a prize in itself. 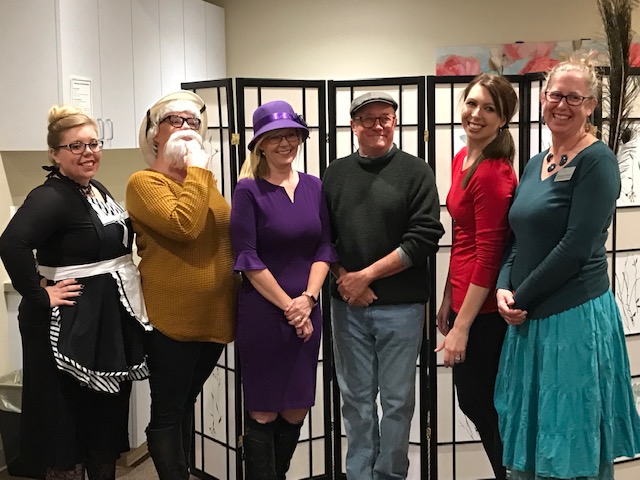 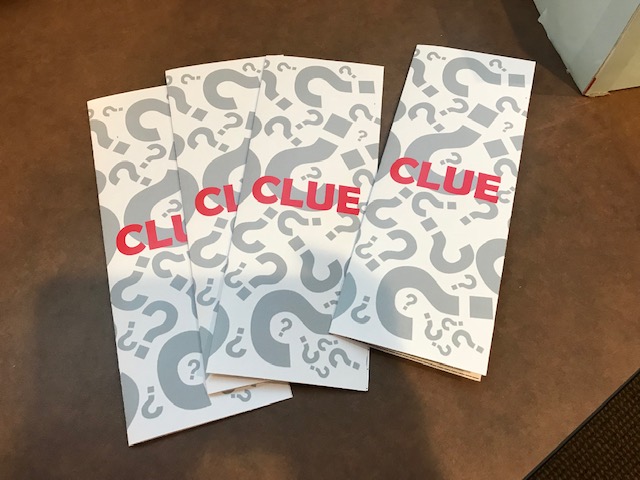 Our administrative assistant (Professor Plum) did a fabulous job organizing the game, and, she's now talking about doing a murder mystery themed luncheon sometime in November. I'm totally up for that. 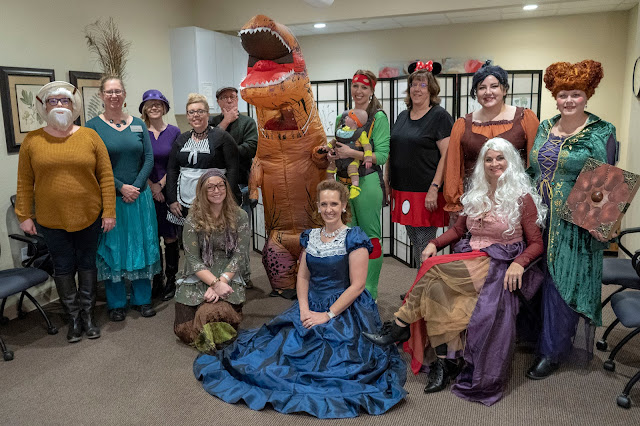 Speaking of being up for things, it's time to get off my ass and prepare for this evening's Trick-or-Treaters. I wonder how many tiny Sanderson Sisters will come to my door?