Halloween 2018, Pirates of the Scare-a-Bean Edition

I've been promising to post pictures of our Halloween lawn display for a while now, and, today is the day. I know that's simply too exciting to bear, but, do try to contain yourself.

My theme for this year was rather accidental-I had planned on going in an entirely different direction- but, inspiration and happenstance collided, and, I ended up here... 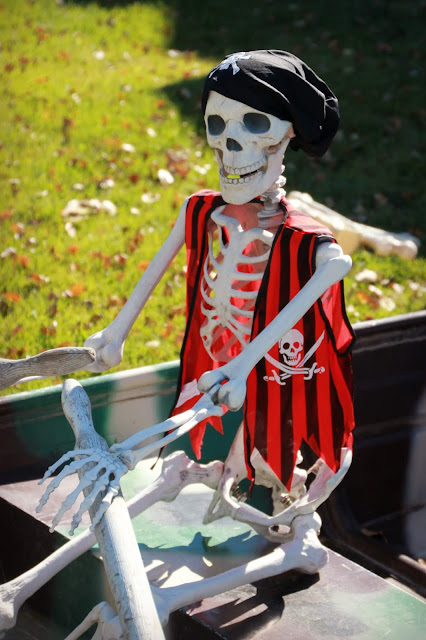 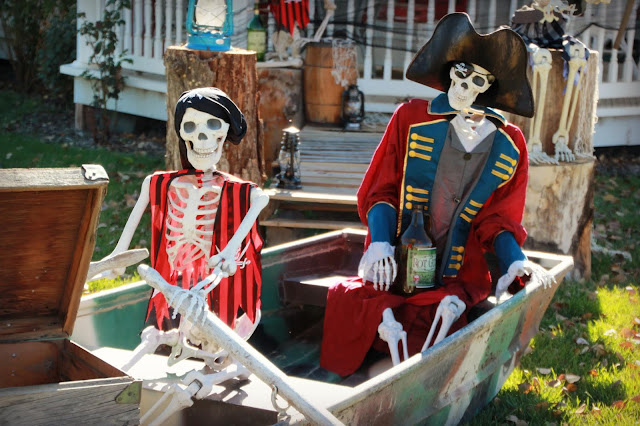 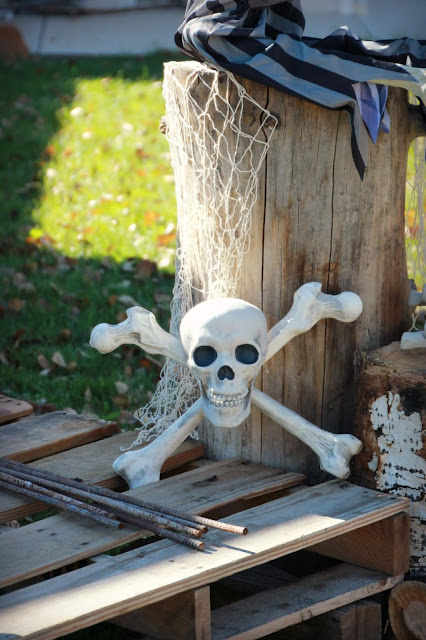 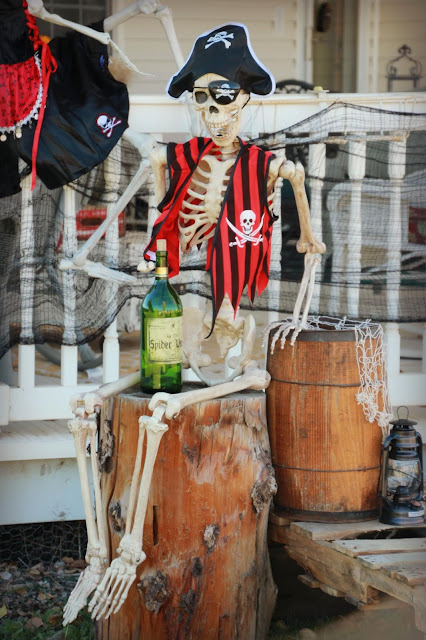 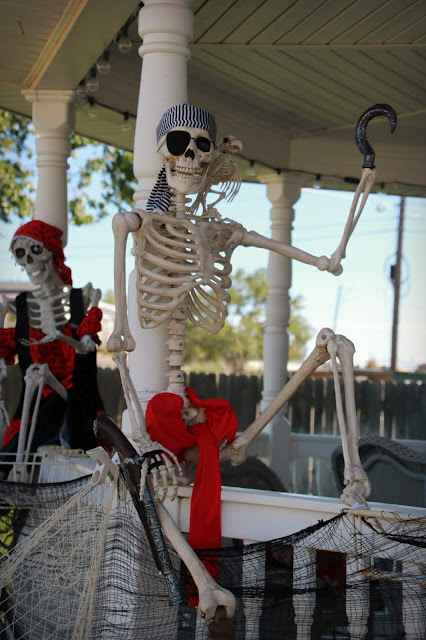 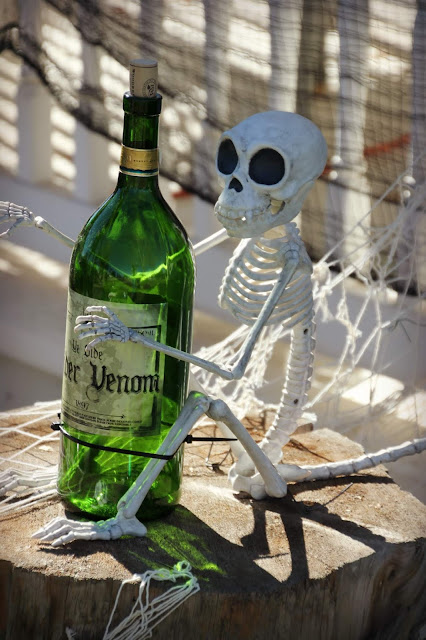 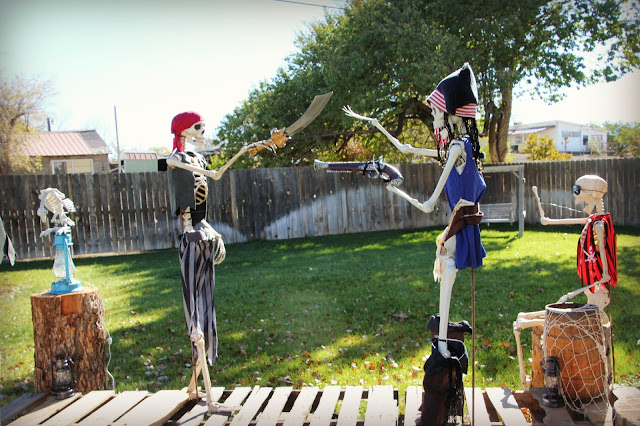 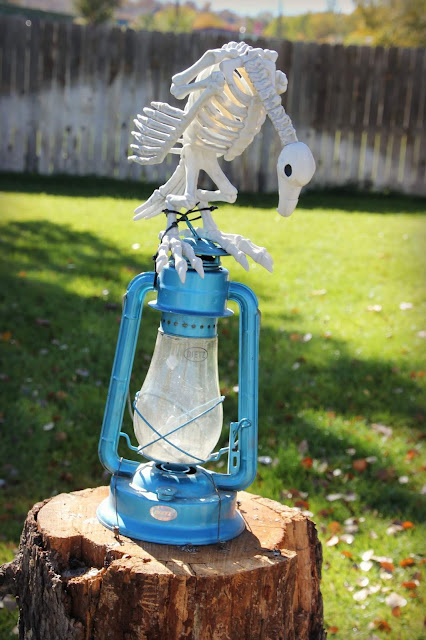 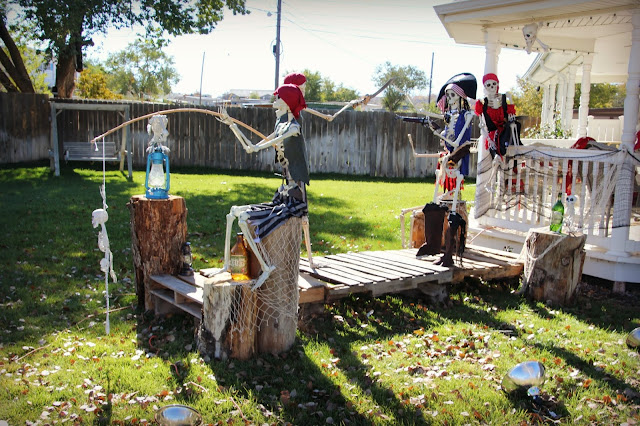 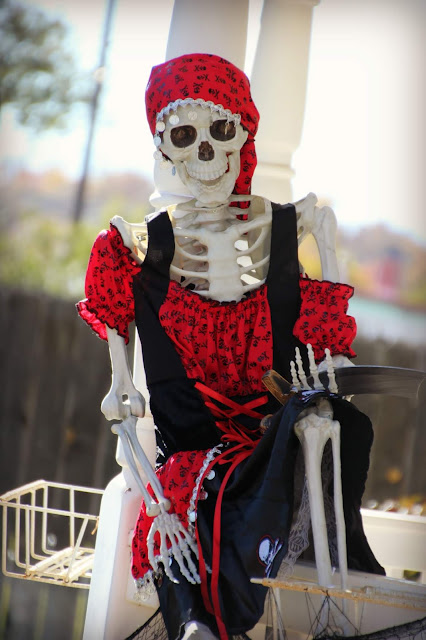 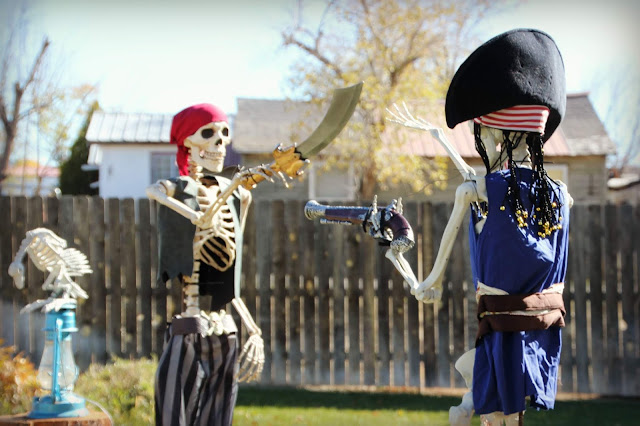 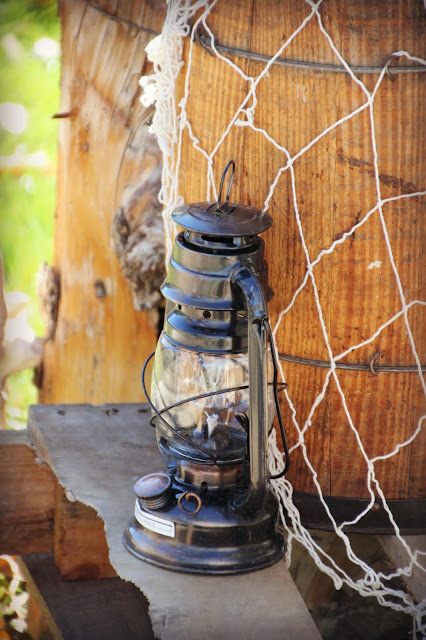 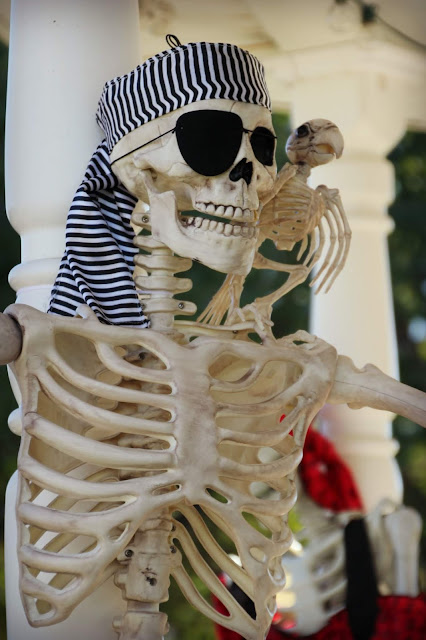 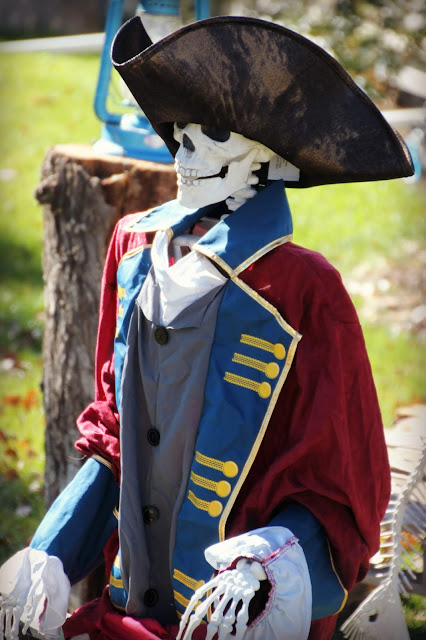 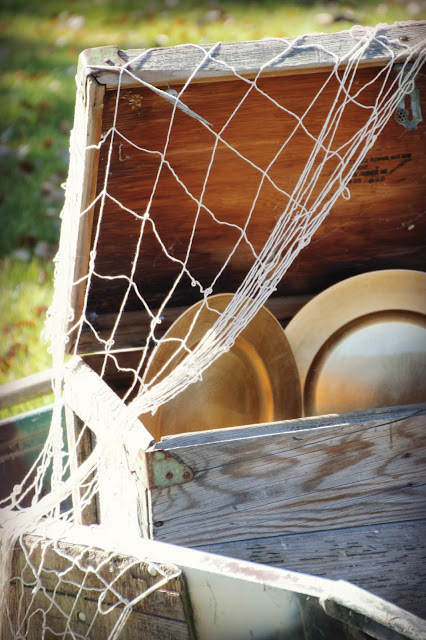 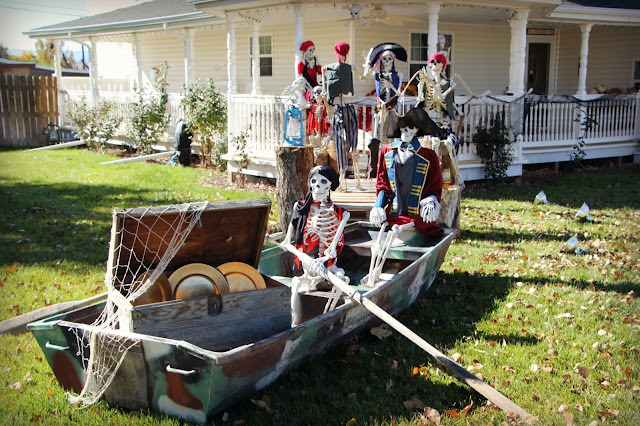 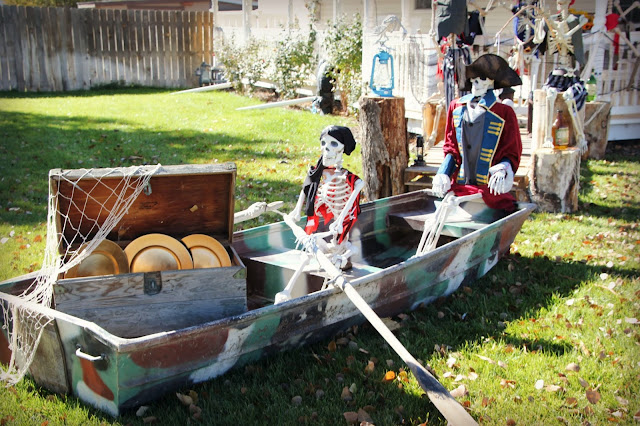 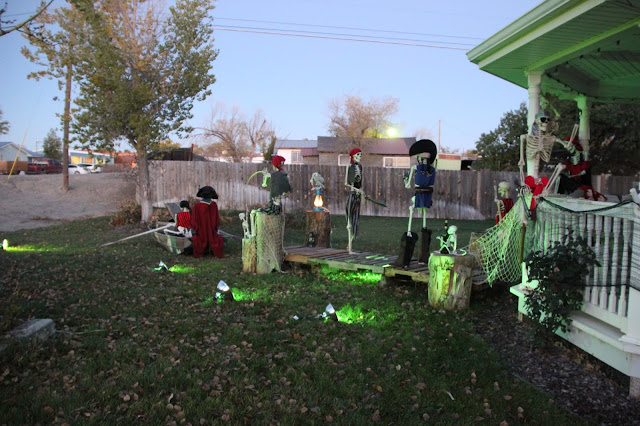 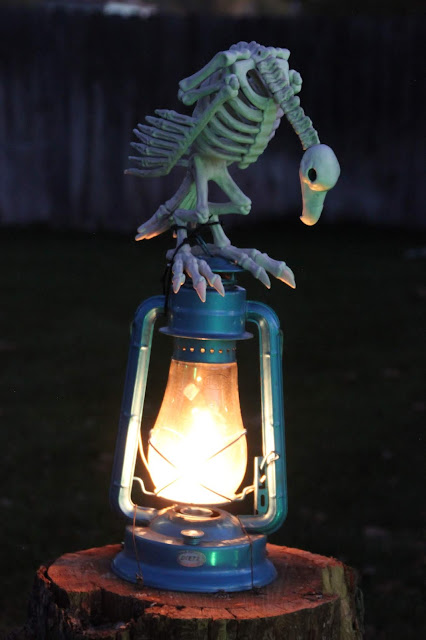 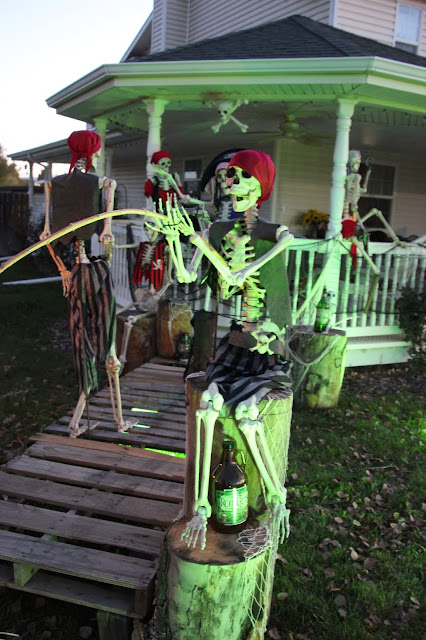 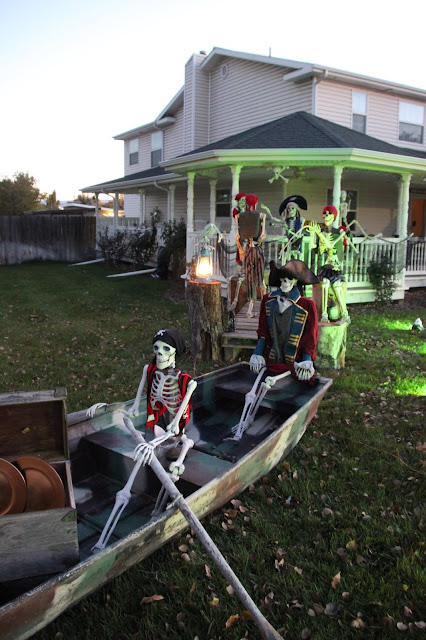 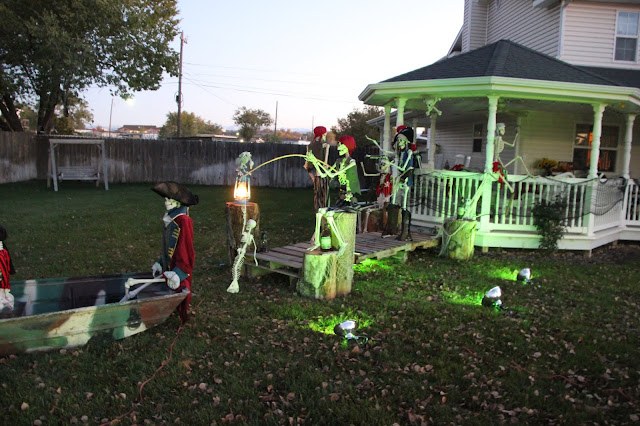 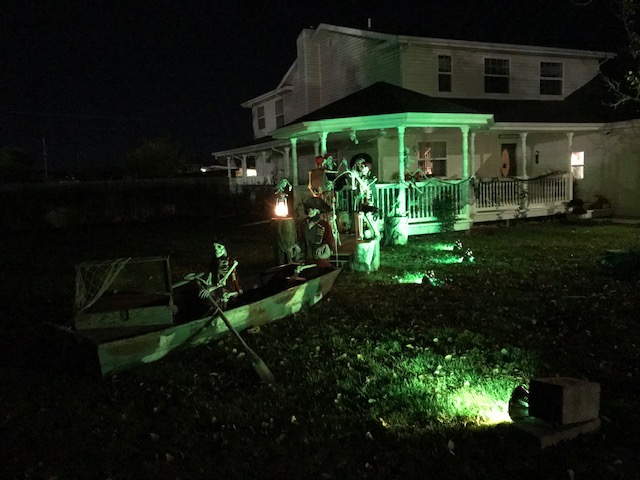 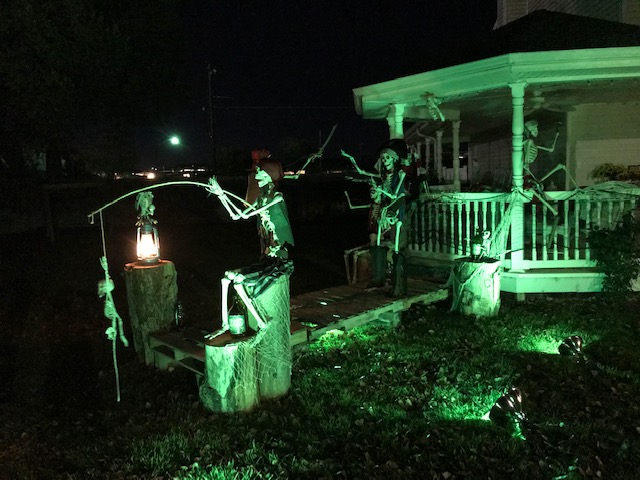 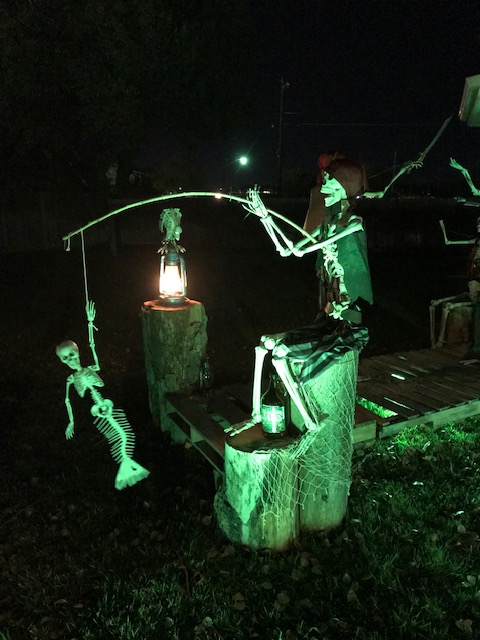 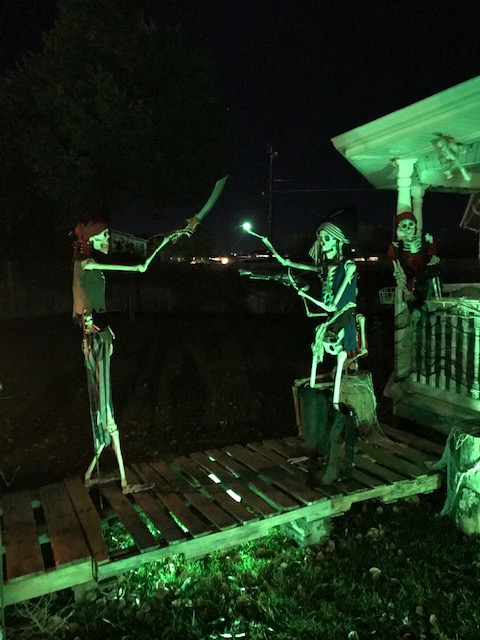 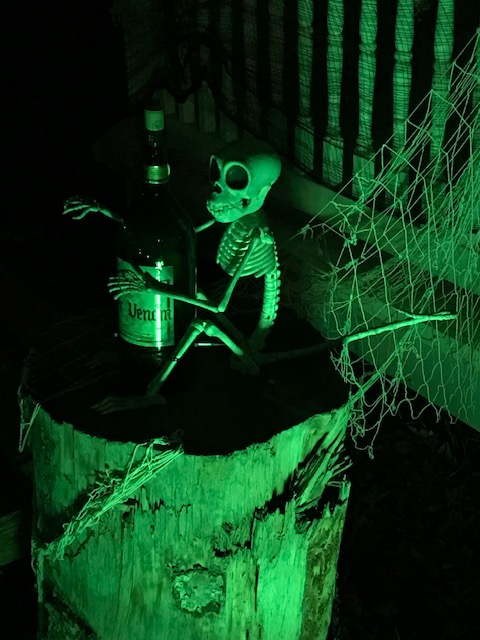 Hugh had all of the materials for the pier just laying around at the hardware store, I had several old pirate costumes that the Cub had worn over the years, whether for Halloween or Homecoming-related activities, and, the rowboat has been stored behind our dog kennels since we moved into the house almost 20 years ago, so, as I said, the theme came together rather coincidentally.

The only purchases I made were a few vests and head scarves, which I picked up for a buck each at The Dollar Store, the monkey and mermaid skeletons, which I happened upon on sale at Target and Michael's, respectively, and the wench's costume, for which I paid full-price, but, that I can use at some point down the line as a Halloween costume.

Hugh took a great deal of time in placing the floodlights so that they illuminate the display to its' creepiest advantage, and, is planning to use his fog machine to make it extra eerie come Halloween night.

It's an inexpensive display, but, you can't put a price tag on the joy it brings to our neighborhood kids. I like investing in joy. I also like Halloween, in case you couldn't tell.

Which reminds me, I still need to post my indoor decorations..say it with me, photos coming soon.