This morning, The Lesbians and I loaded into the Tahoe with to-go cups of strong coffee and a mission: Pickin at the Pea or bust! 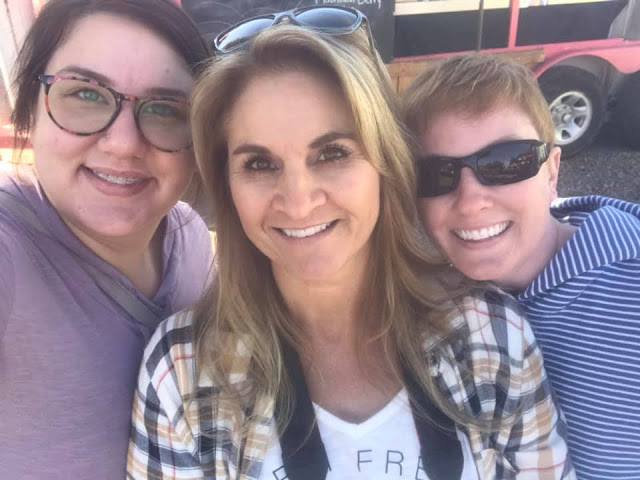 Usually, Ex Co-Worker Kortni and her cousin Jorie would be joining us for The Pickin', but, they both had other obligations this year, so, it was just the three of us. As usual, this year, cars lined the roadside for a quarter mile or more in each direction around the sale, but, since we got an early start, we snagged a parking spot fairly close. 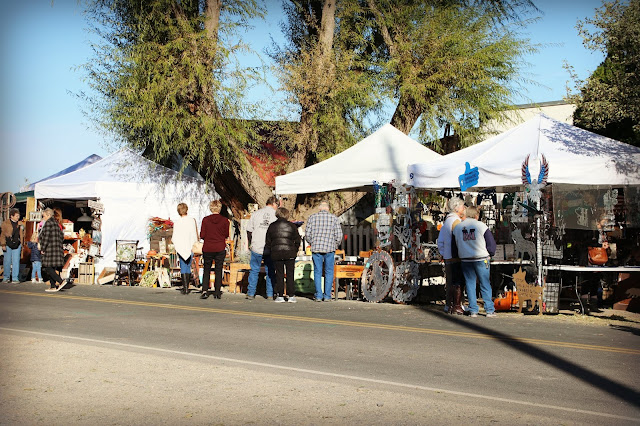 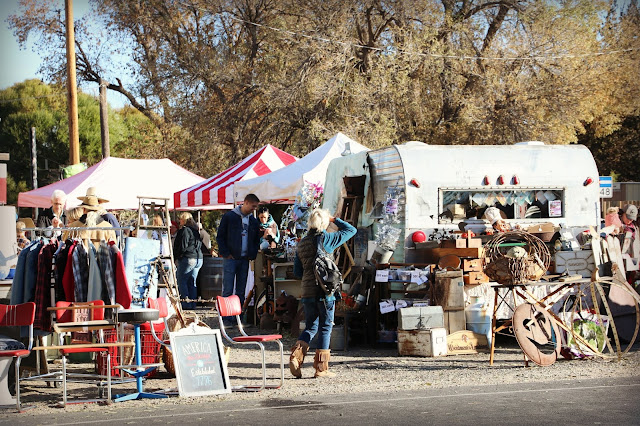 Getting there early also gave us a chance to check out the items in the outside vendor booths, which gave us an idea of where we wanted to start once the sale opened at 9:00.

I spotted my quarry the second we arrived, and, camped out next to it so as not to lose it to another picker... 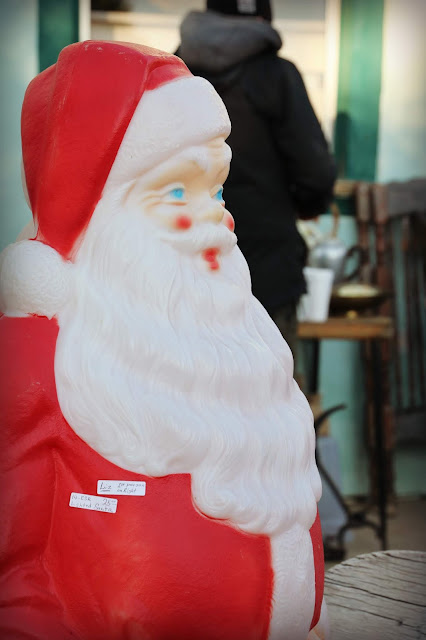 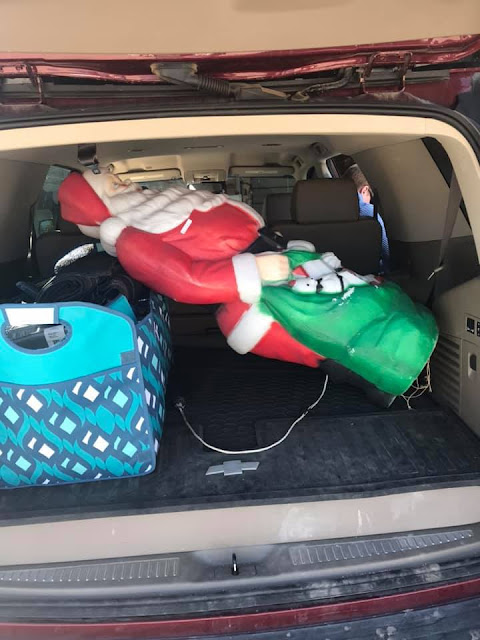 In my defense, the Santa was more than reasonably priced, and, despite seeing a number of other really cool items, was my only purchase of the day. In short, I have no guilt. 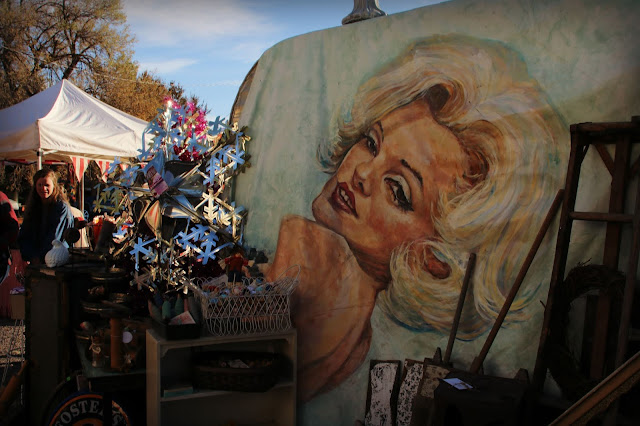 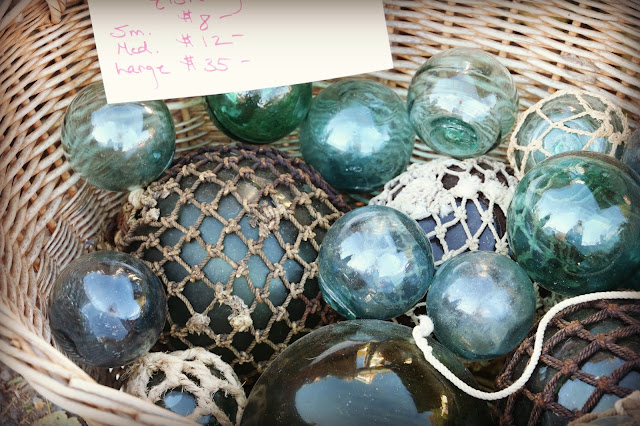 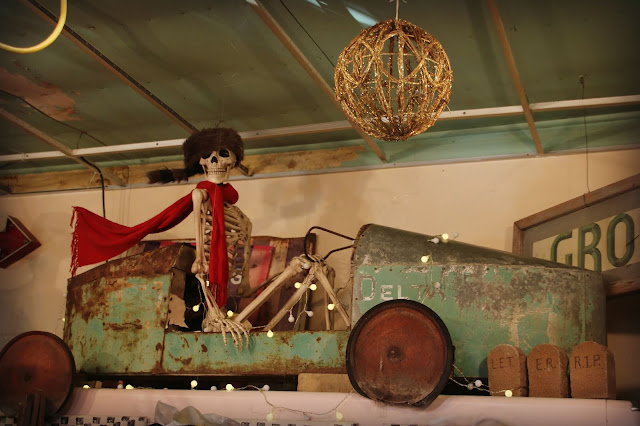 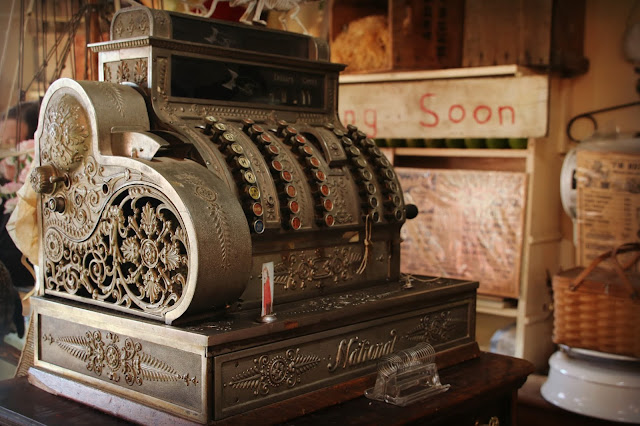 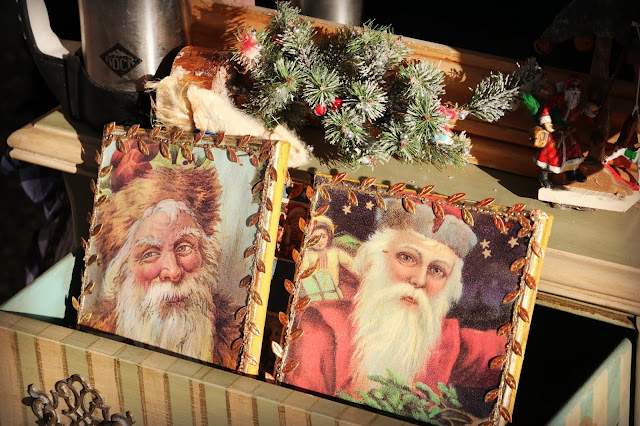 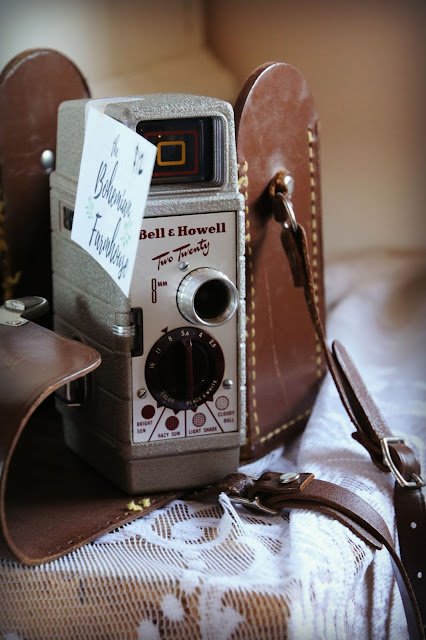 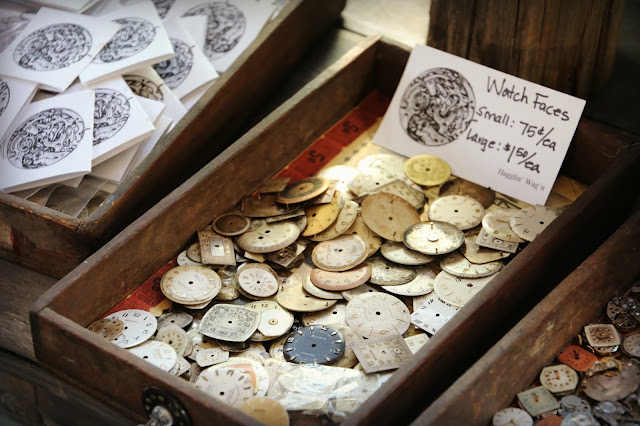 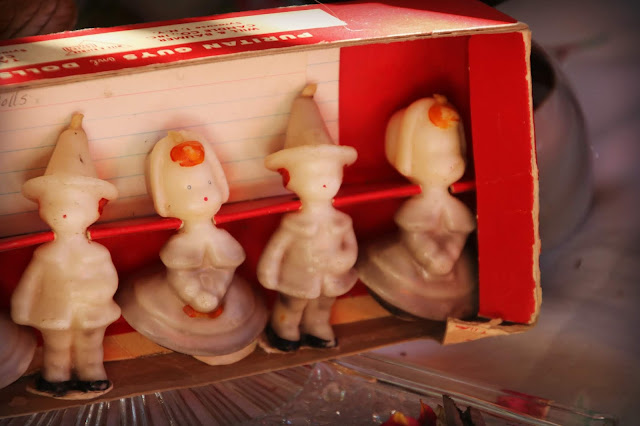 As always, half the fun of the sale was checking out the weirdly awesome selection of items that I would never imagine purchasing, as well as reading the fun signs sprinkled throughout the sale. 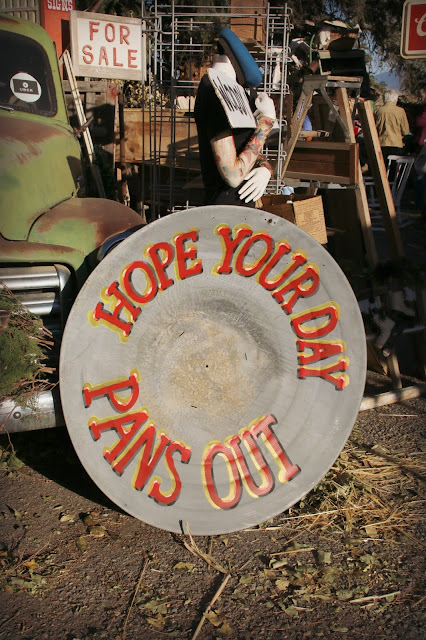 Today, there was also the addition of a free Little Library, which I found incredibly cool; someday, I will build a Little Library that looks just like our house, complete with a wraparound porch, so help me, God. 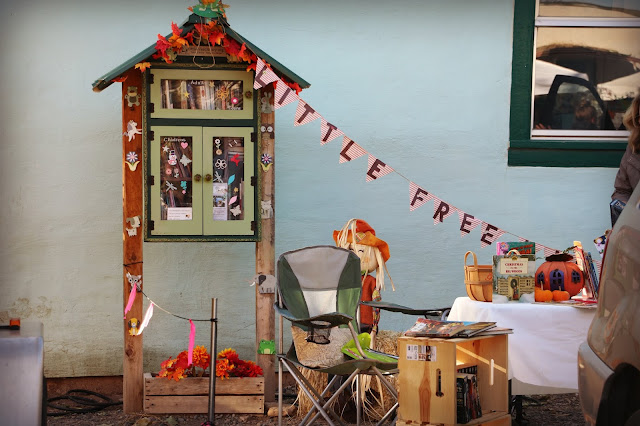 The Lesbians also made some fun purchases, including a tabletop liquor cabinet, circa 1960. They passed on a vintage German beer stein, although, by the time we made it to breakfast, they already regretted that decision, whining about how cool it would have looked with a plant in it. And that's why you don't dither over pulling the trigger on Pickin' purchases, ladies! 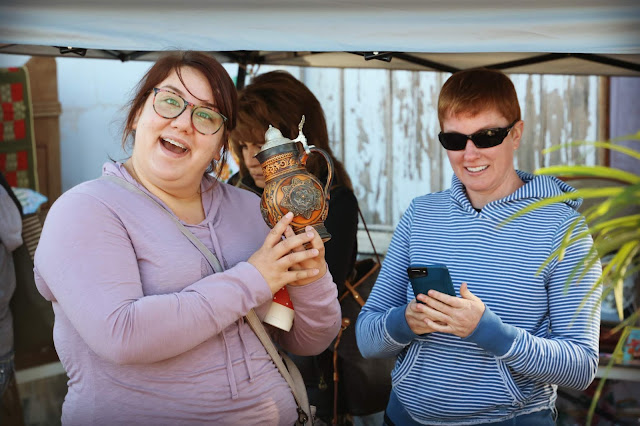 I hope they remember that next year! 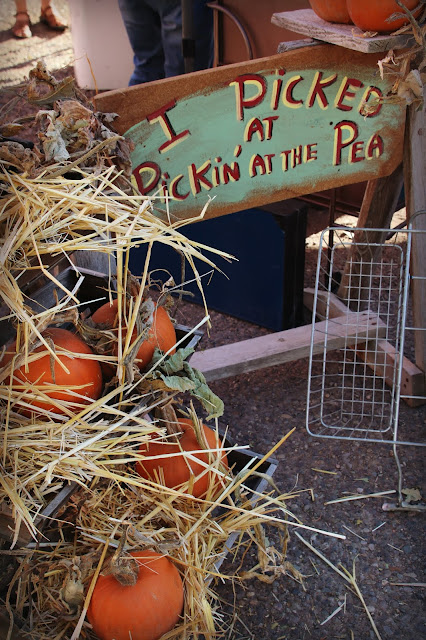 Now, if you'll excuse me, I need to find a place to stash Santa before Hugh gets home from his wrestling assignment in Virginia on Monday; I just don't think hiding in plain sight is going to work out for us. 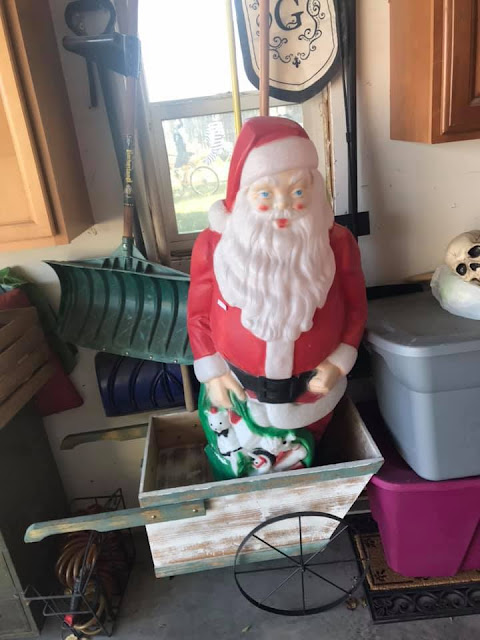