When Life Gets Too Crazy, Go Get Buzzed

So, work continues to be an exercise in frustration; the issues that plagued my weekend have more than extended into the work week, which, while totally sucky and exhausting, is at least being contained to appropriate working hours, so...there's that.

On a happier note, Jana invited me over this evening, to watch her and Chris harvesting the honey from their hives, and, friends? That absolutely made my day! Maybe my week!

The whole process was fascinating, and, seeing Jana in her bee suit was worth twice the price of admission, which, admittedly, was zero dollars, but, still; you get my drift. 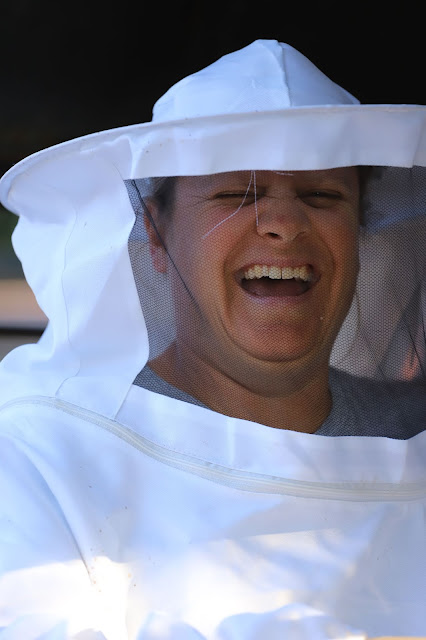 The first step in the process is removing the comb frames from the hives, which requires the hives to be smoked, resulting in less angry bees who are less likely to want to sting you in the eyeball, although, today, that didn't work out so well for Jana's brother Phil, who did get stung in the eyeball. Rookie mistake, according to Jana. 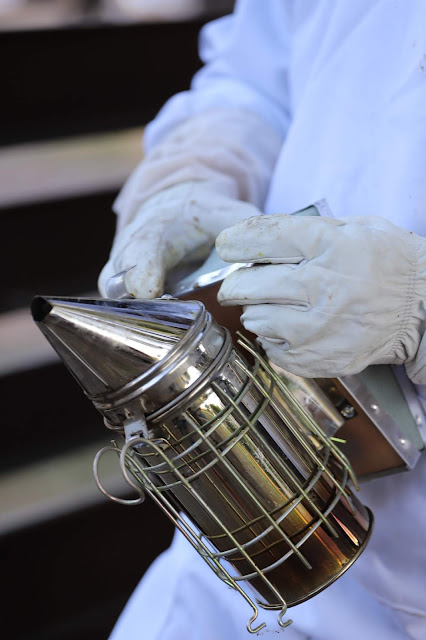 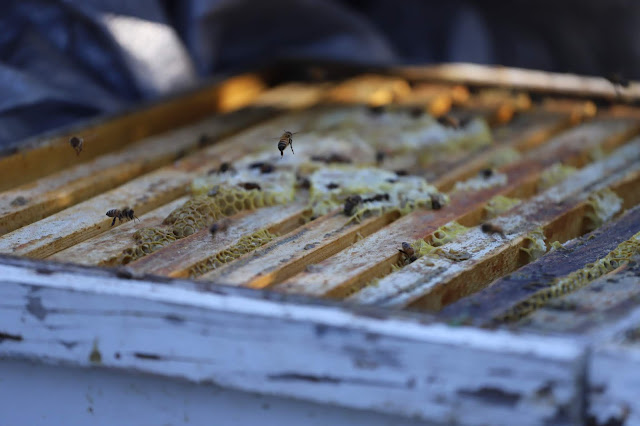 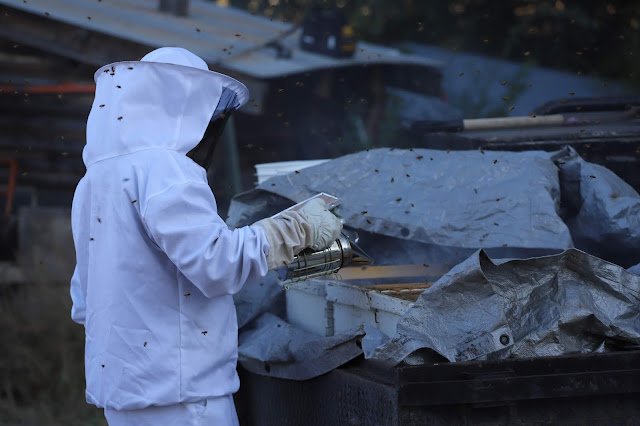 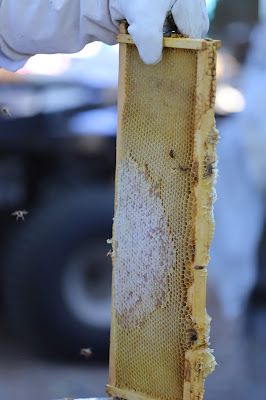 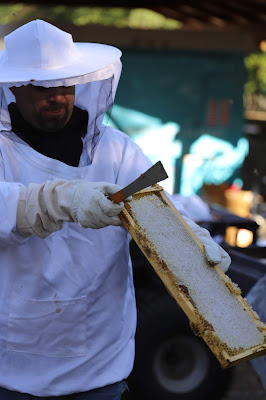 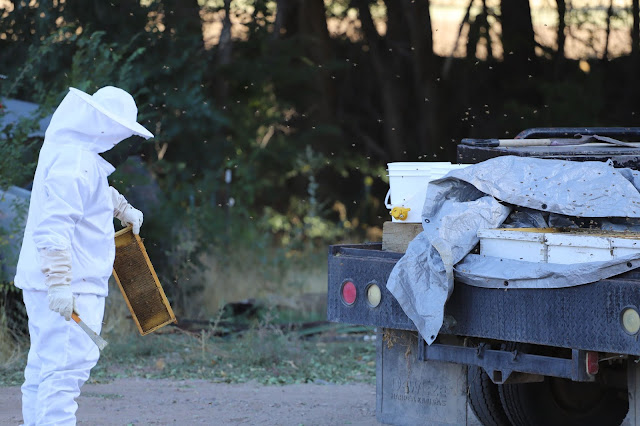 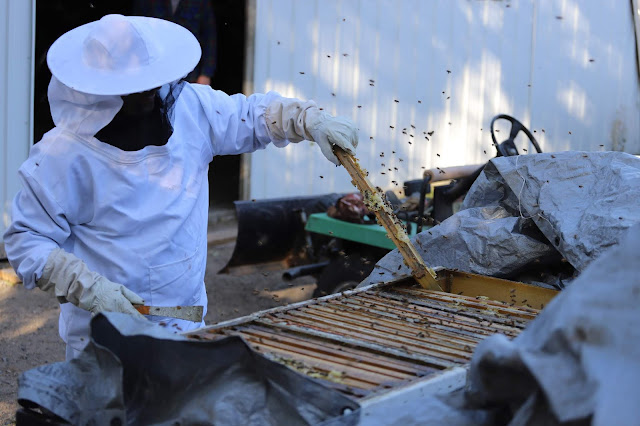 Once the frames are removed from the hives, each one has to be scraped with a comb brush, which peels away the first layer beeswax that is sealing the honey in the comb that has formed on the frame. 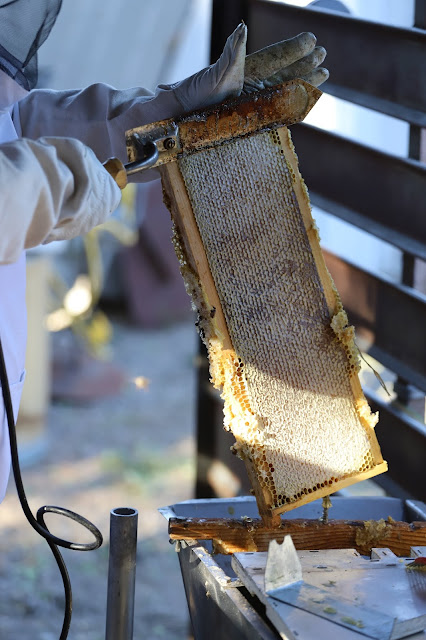 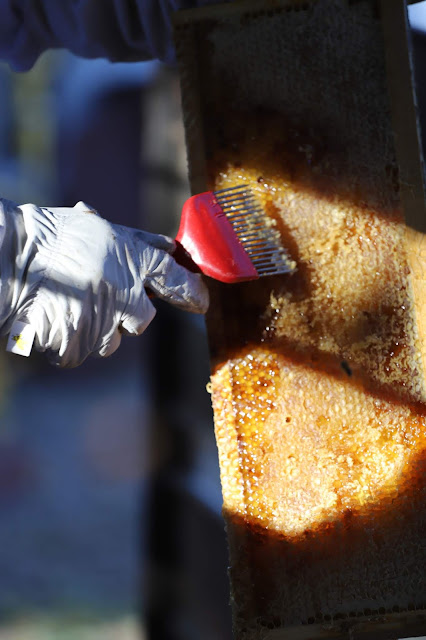 Then, a hot knife is used to melt away the remaining wax... 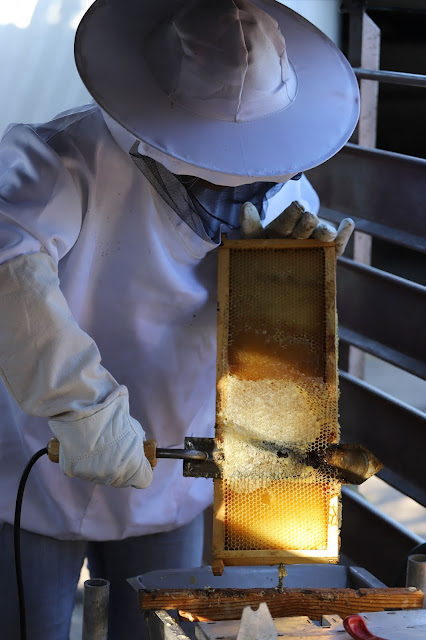 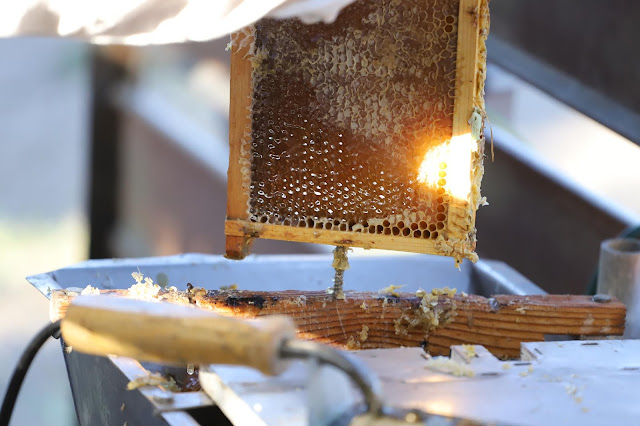 ...after which, the frames are placed in a spinner, where, utilizing heat and centrifugal force, the honey is extracted from the comb and distributed to the bottom of the spinner, where it can be drained into a honey bucket, via a spout. 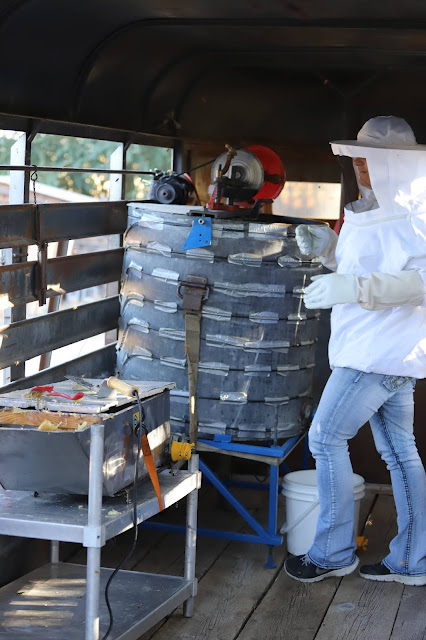 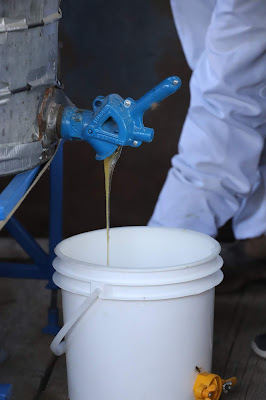 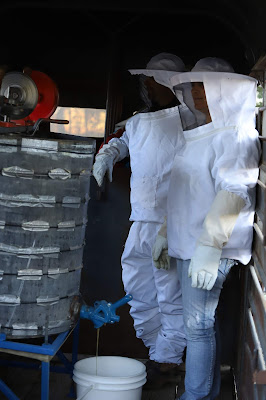 Each honey bucket has a strainer, which catches the honey, straining out larger particles of wax, as well as any errant bees who happened to get stuck in the extractor. 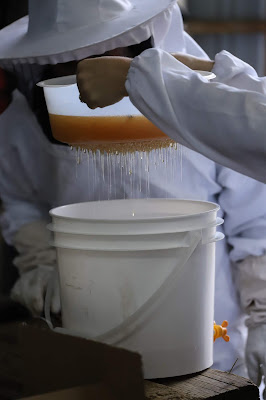 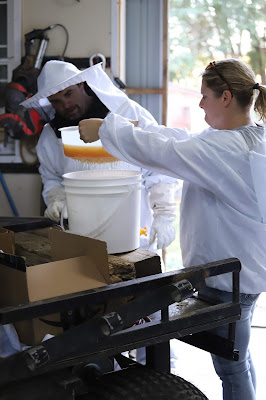 Then, the strained honey is decanted into jars, for distribution to family and, in my case, friends who are super excited about getting to watch their bestie don a bee suit just because she knows that you have had a rough few days and are in need of some entertainment. 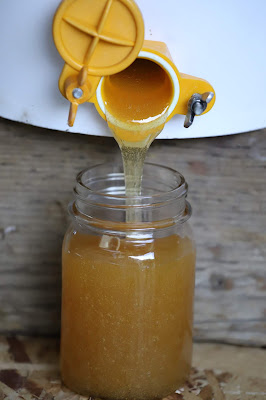 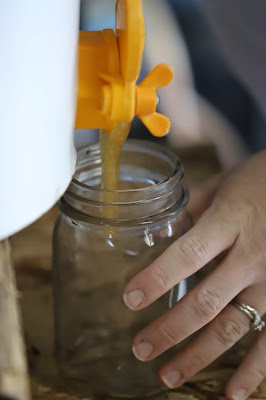 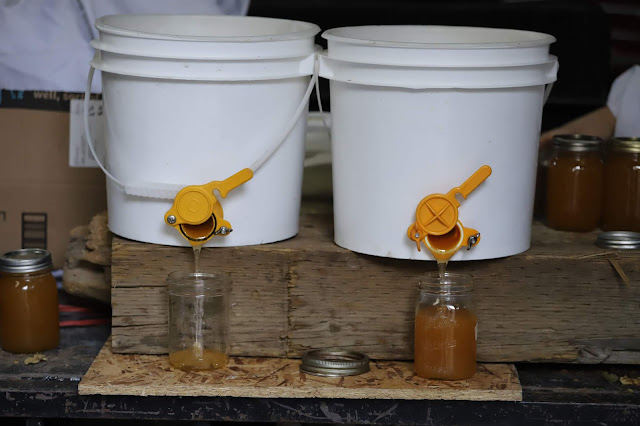 Jana is the best, honey is medicinal, and, anytime I get to spend an evening at Granny's (Jana's, now, but, it will always be Granny's Place to us), I will always leave 100% more relaxed than when I got there, because, I mean...it's like stepping back into my childhood... 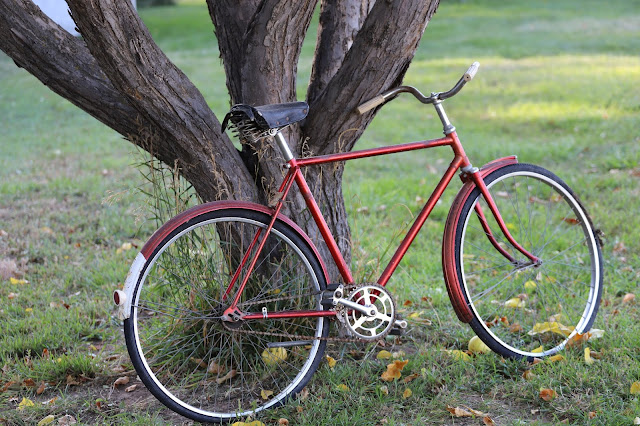 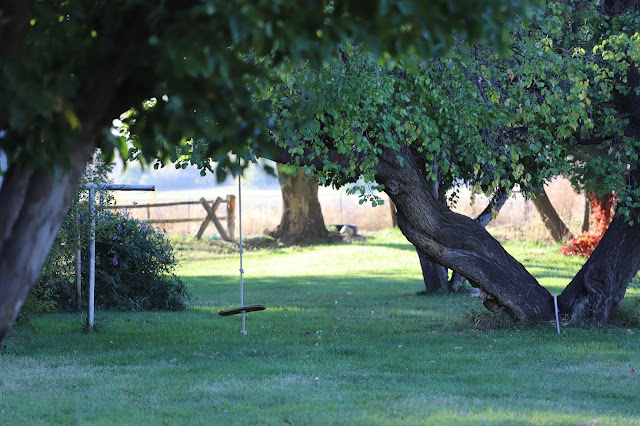 ...so, thanks to Jana, I almost feel mentally and emotionally prepared to go back to work tomorrow!

And, just to be on the safe side, I'm taking my new jar of medicinal honey with me.