Hugh's official retirement from law enforcement is happening at the end of the year, so it seemed only right and natural that I would choose a cops and robbers theme for the skeleton display this year. I had hoped to utilize Hugh's actual patrol car in my design, but, my effort was thwarted when one of the other officers had their back window kicked out by someone who was in custody (yeah, I have no idea how that happened, either), and Hugh's car was pressed into service while the window on that car is being replaced.

No worries, I made the best of what we had on hand, and, I think it turned out pretty dang well; numerous comments on social media can't be wrong! 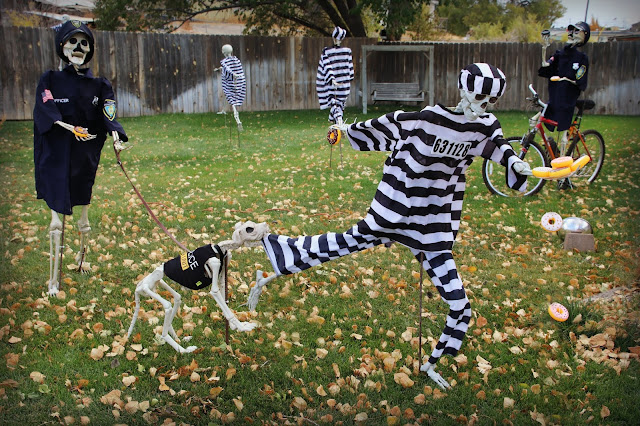 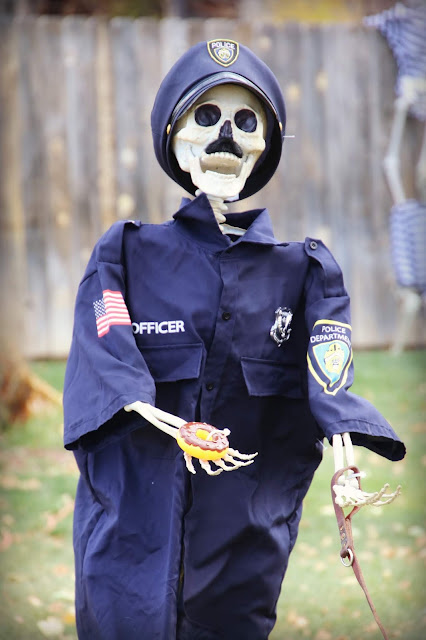 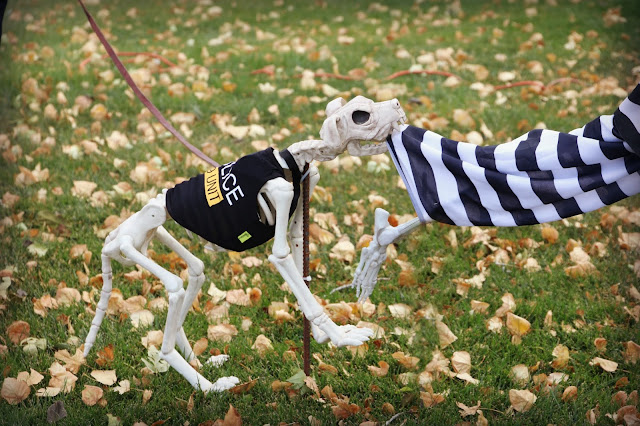 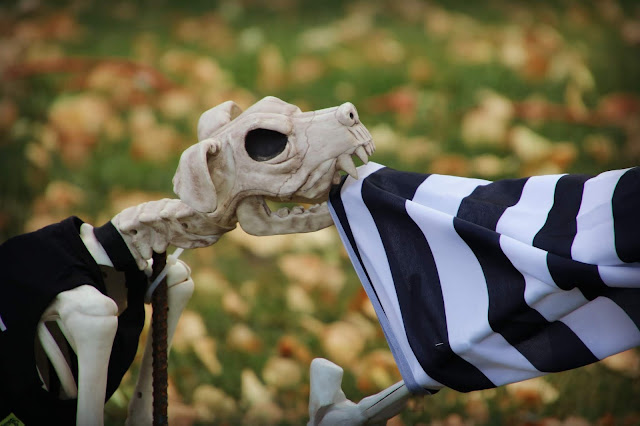 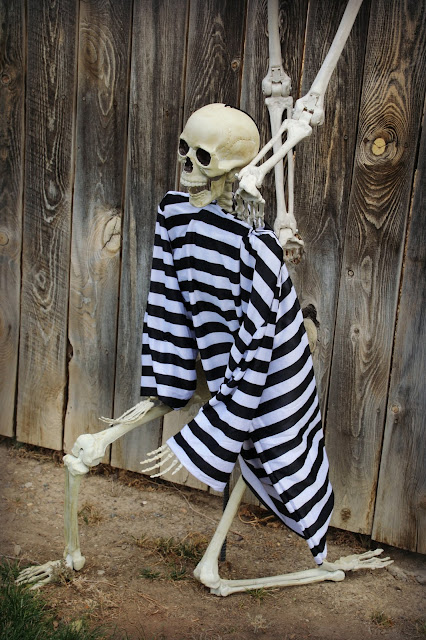 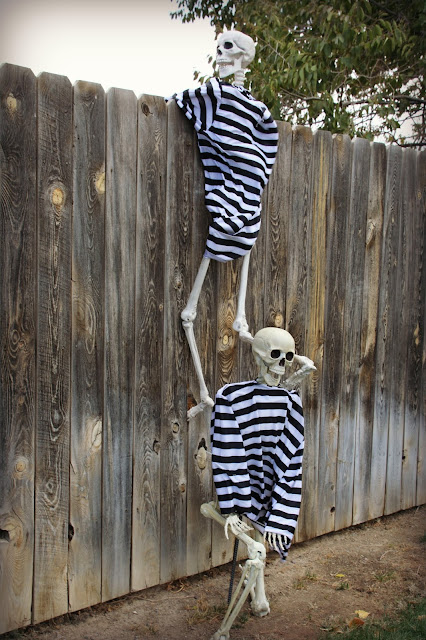 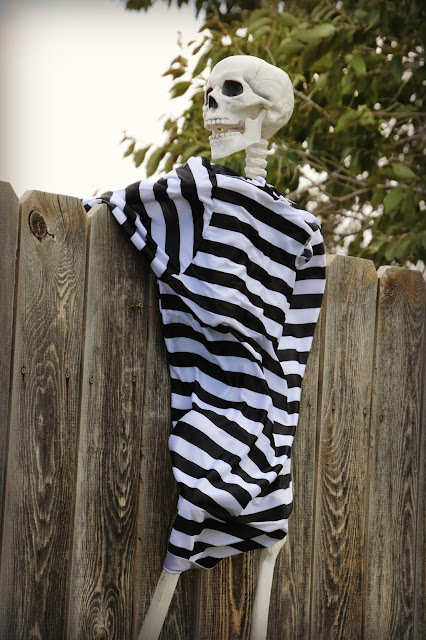 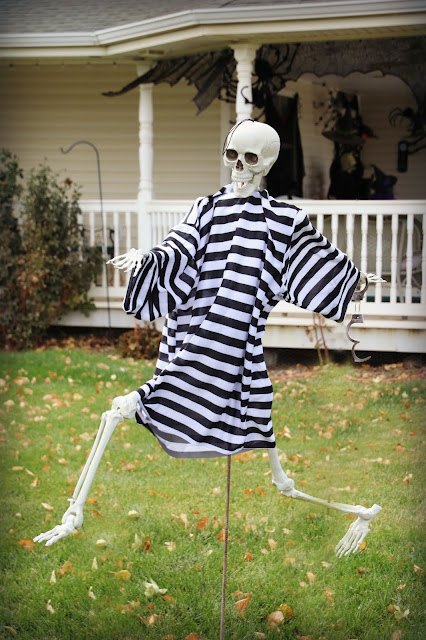 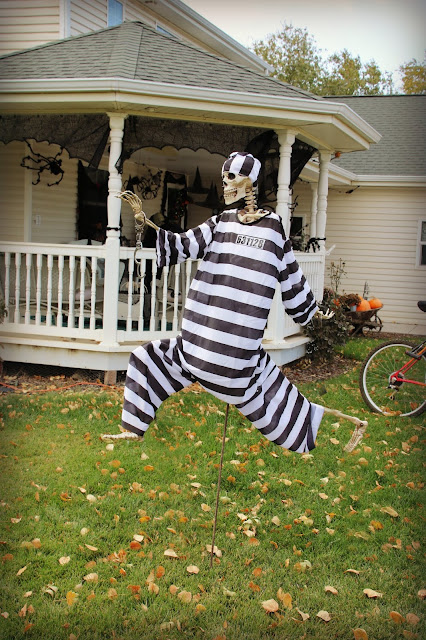 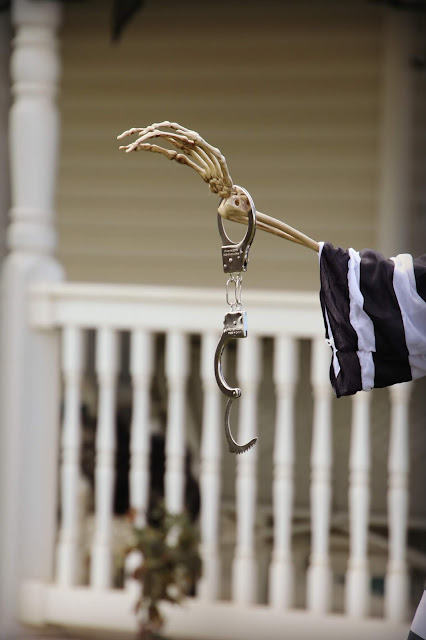 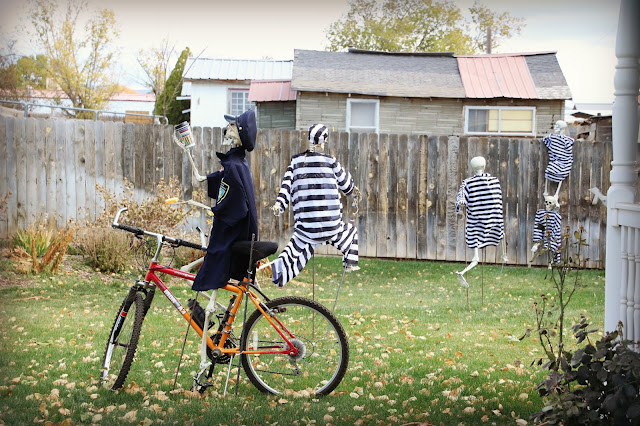 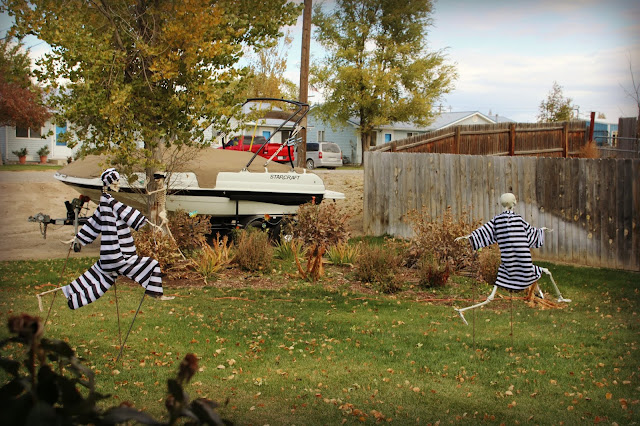 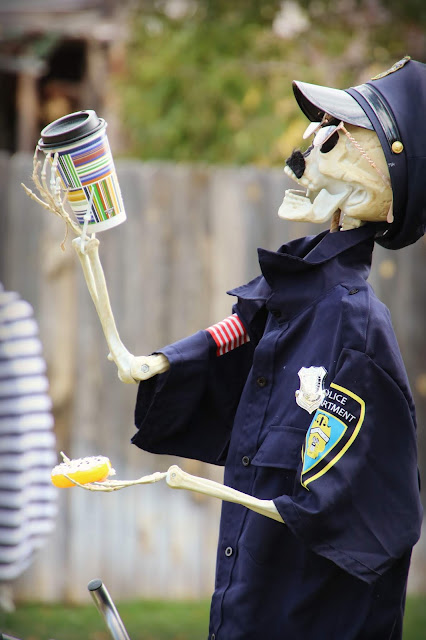 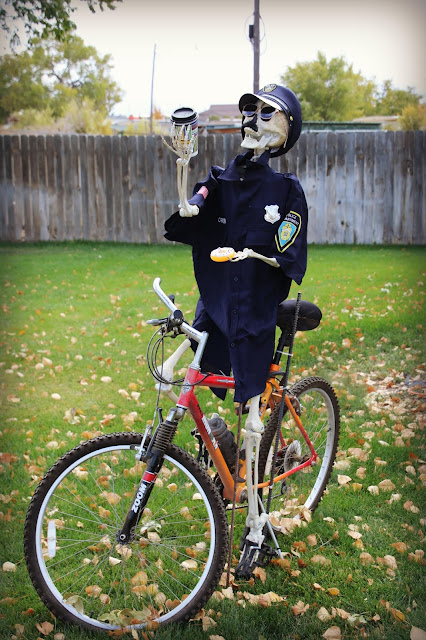 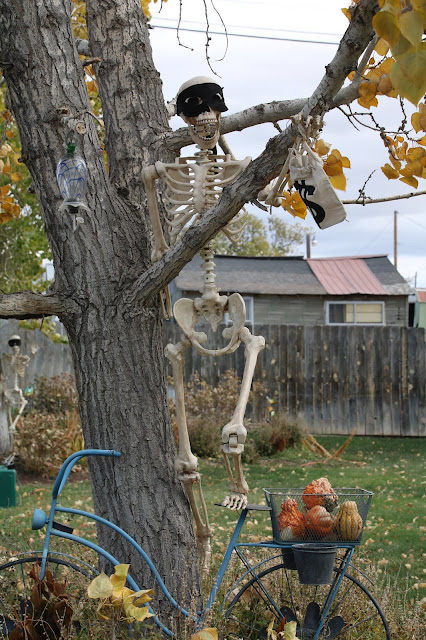 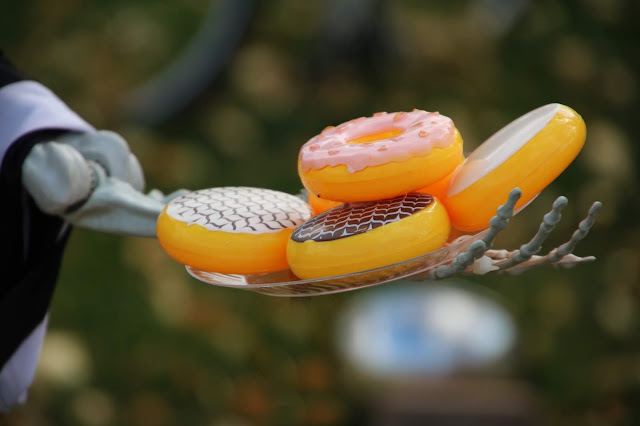 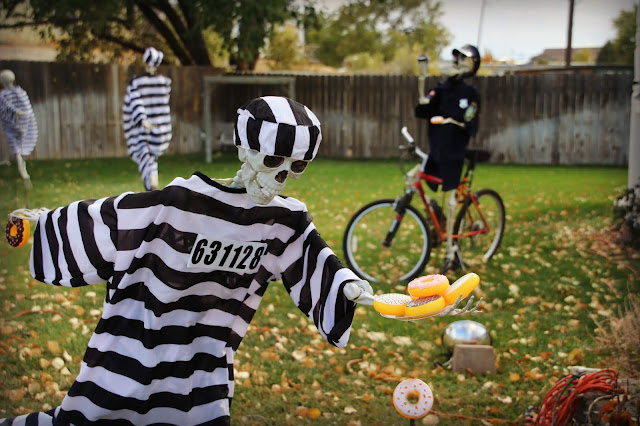 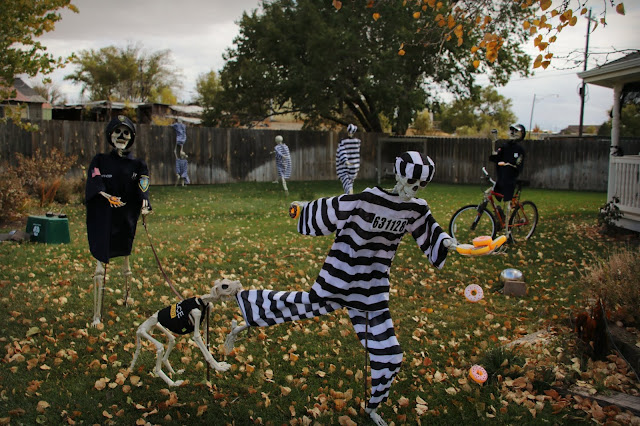 Hugh did set up a spare set of overhead lights, so, at night, it would appear that there is a patrol car somewhere in the vicinity' that made up for the missing patrol car quite well. 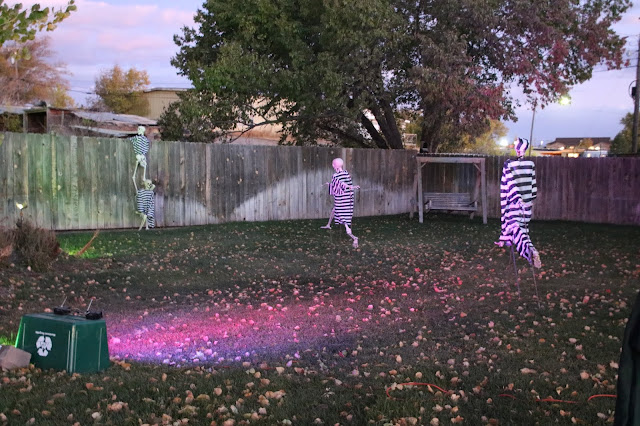 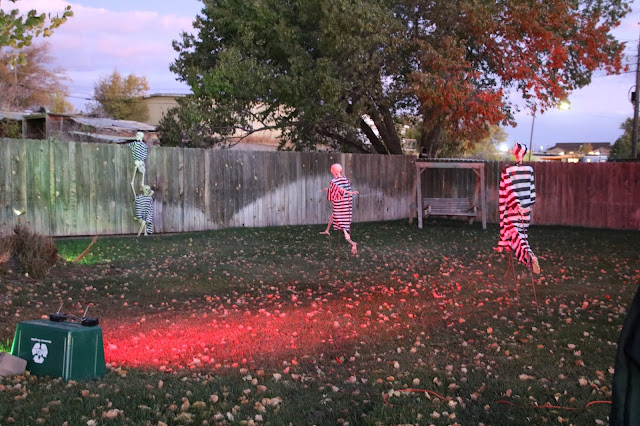 The reaction from the neighbors has been positive; the kids across the street lined up to watch almost as soon as Hugh started driving the first of the pieces of rebar into the ground. And, the traffic on our quiet road has picked up, with families doing a slow roll by the house in order to take in the display.

That's why we do it, after all. It's for the children!

And, not to brag, but, I already have my theme for next year figured out and am eagerly anticipating the after-Halloween clearance sales, when I will snag the accessories that I'll require (did you hear that? It was Hugh, either deep sighing or groaning. Maybe both).

Anyhoodle, if you're in the neighborhood, feel free to stop by and see the skeletons up close and personal!

(We also do it for the adults!)