We got to spend time with The Teenager during the months of November, December and January, and, each time we saw her, we sent her back to school with treats and everyday staples, so it had been a while since I put together a care package to send through the actual mail (which, given the recent state of affairs regarding our local mail service is probably a blessing in disguise. Don't even get me started. Seriously).

I made up for my lack of postal gift-giving with this month's care package, the theme for which was, naturally, Valentines Day. Well, kind of, I mean, I used a lot of pink and red packaging and I decorated the box, but, I also included some decidedly non-Valentine-type items, so; it's really sort of a non-traditional Valentine's package, I guess.

And, as usual, I totally digress. So, without further adieu, I give you The Teenager's February care package. 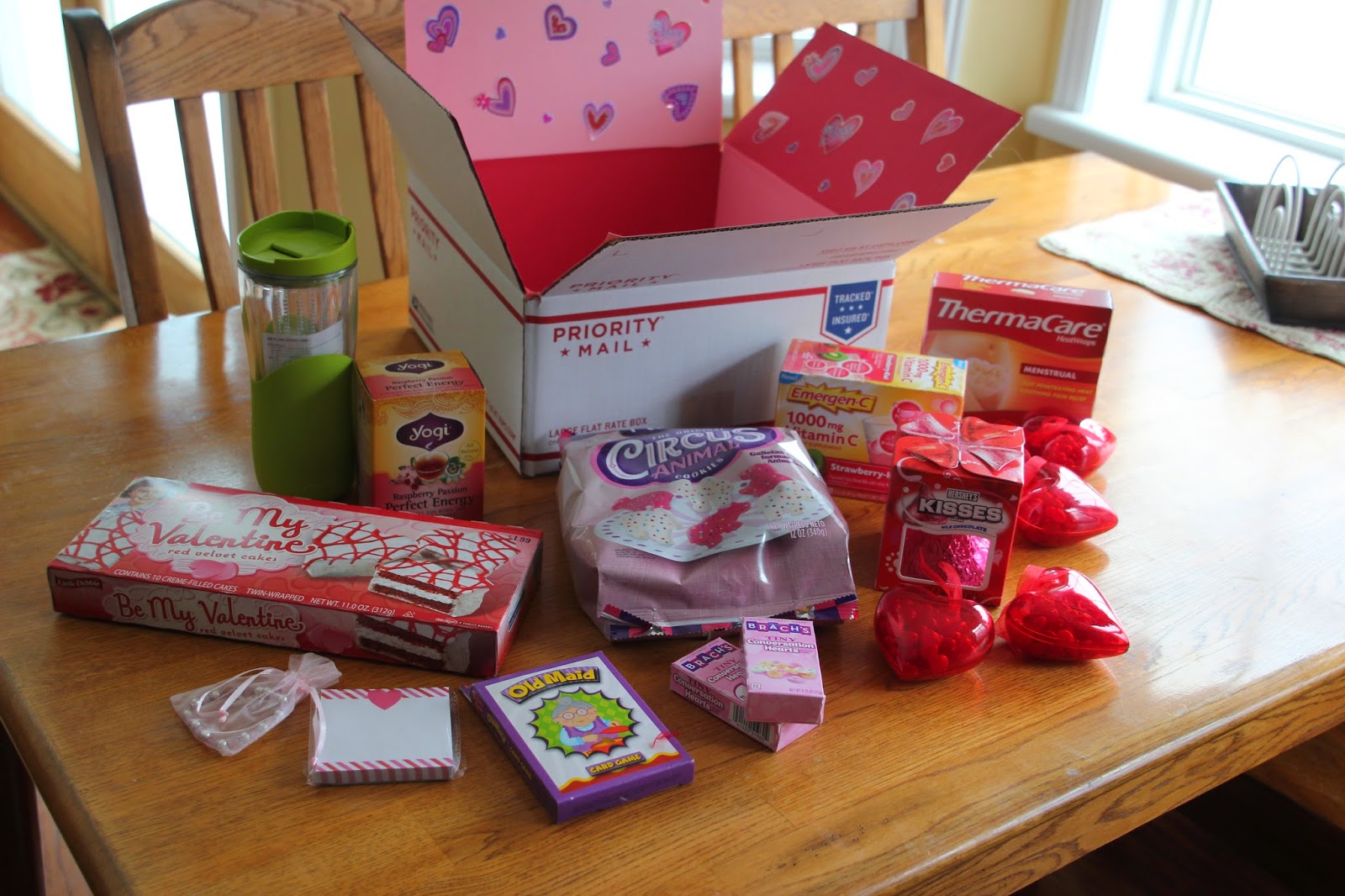 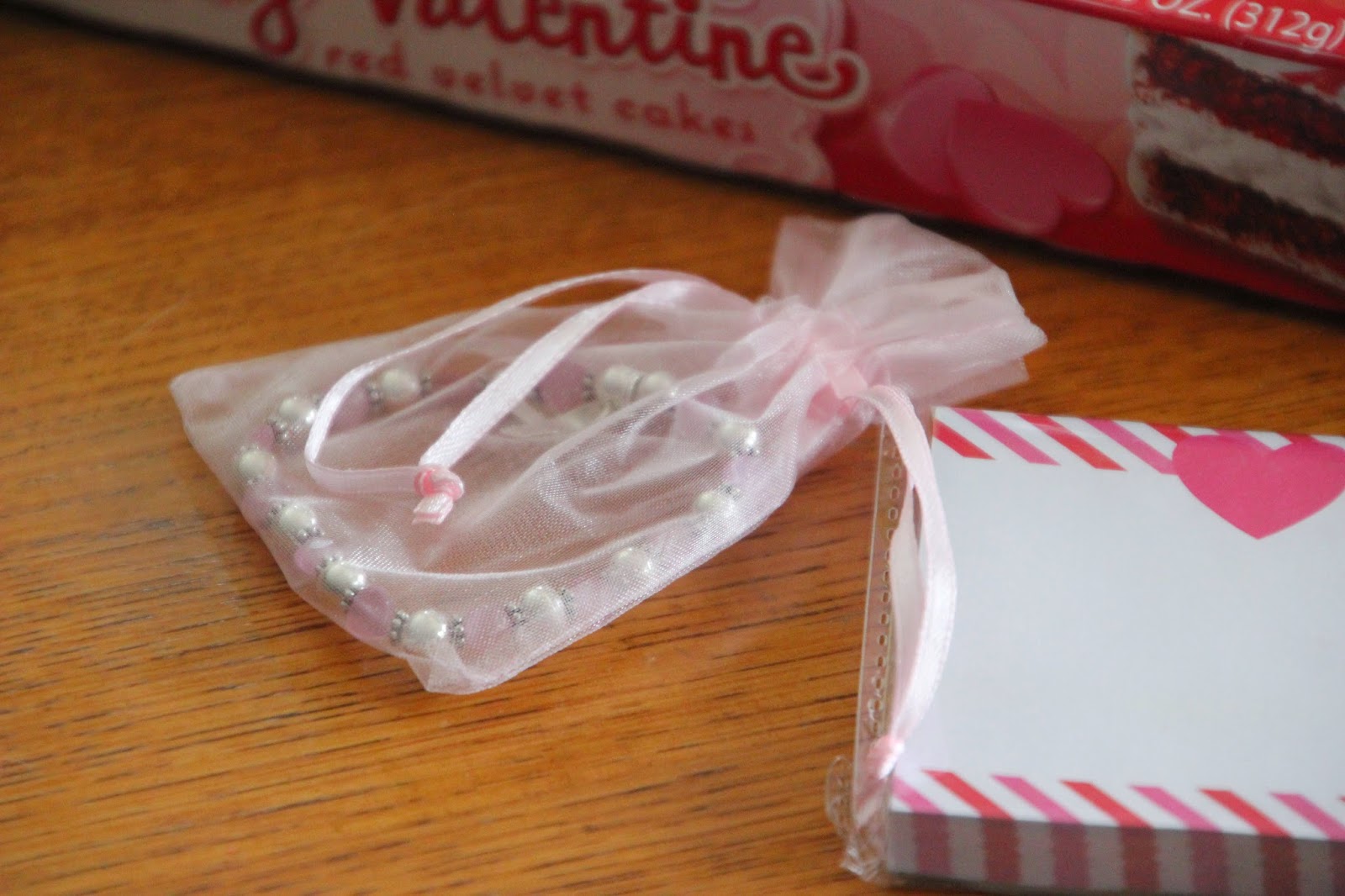 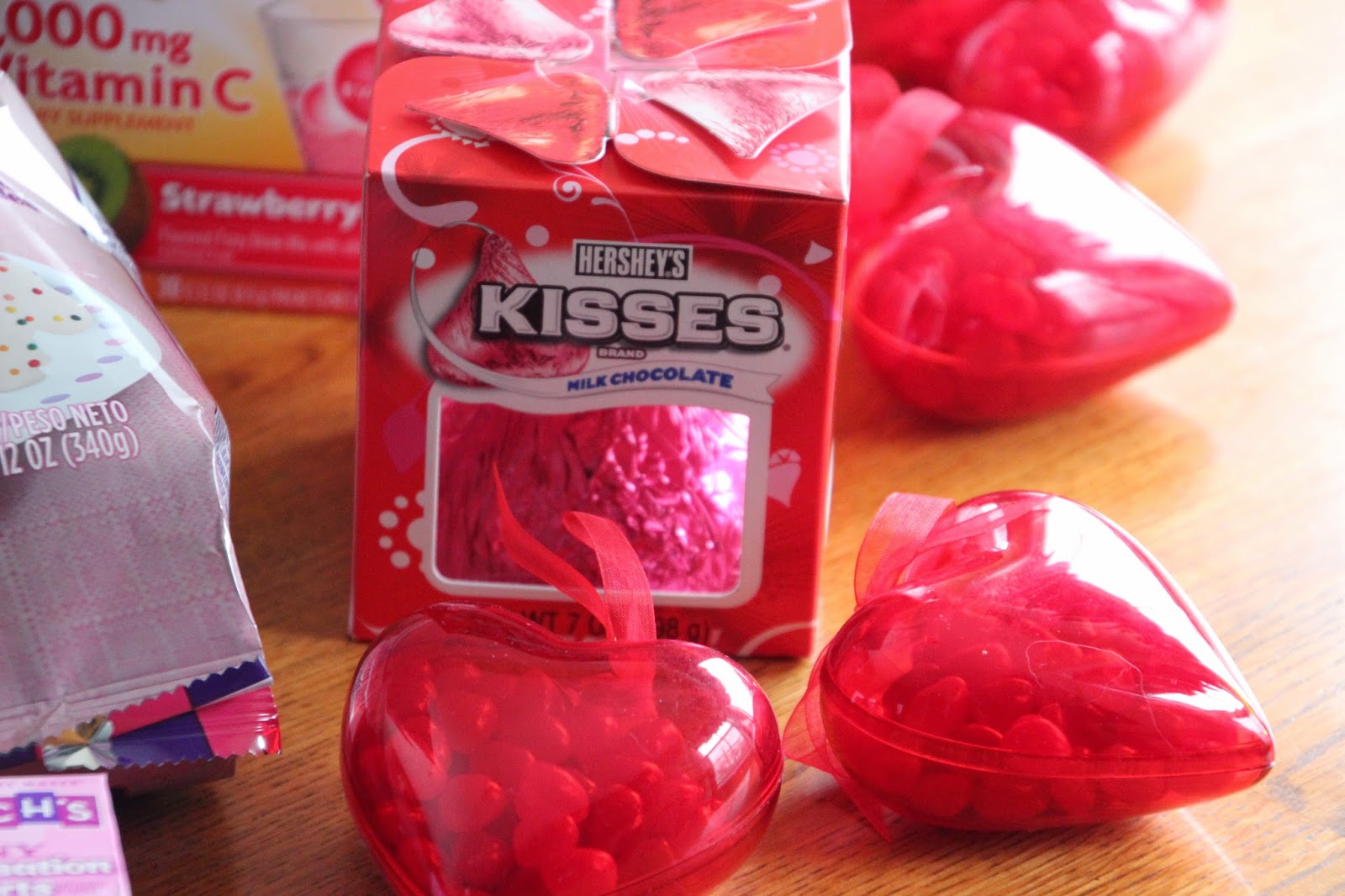 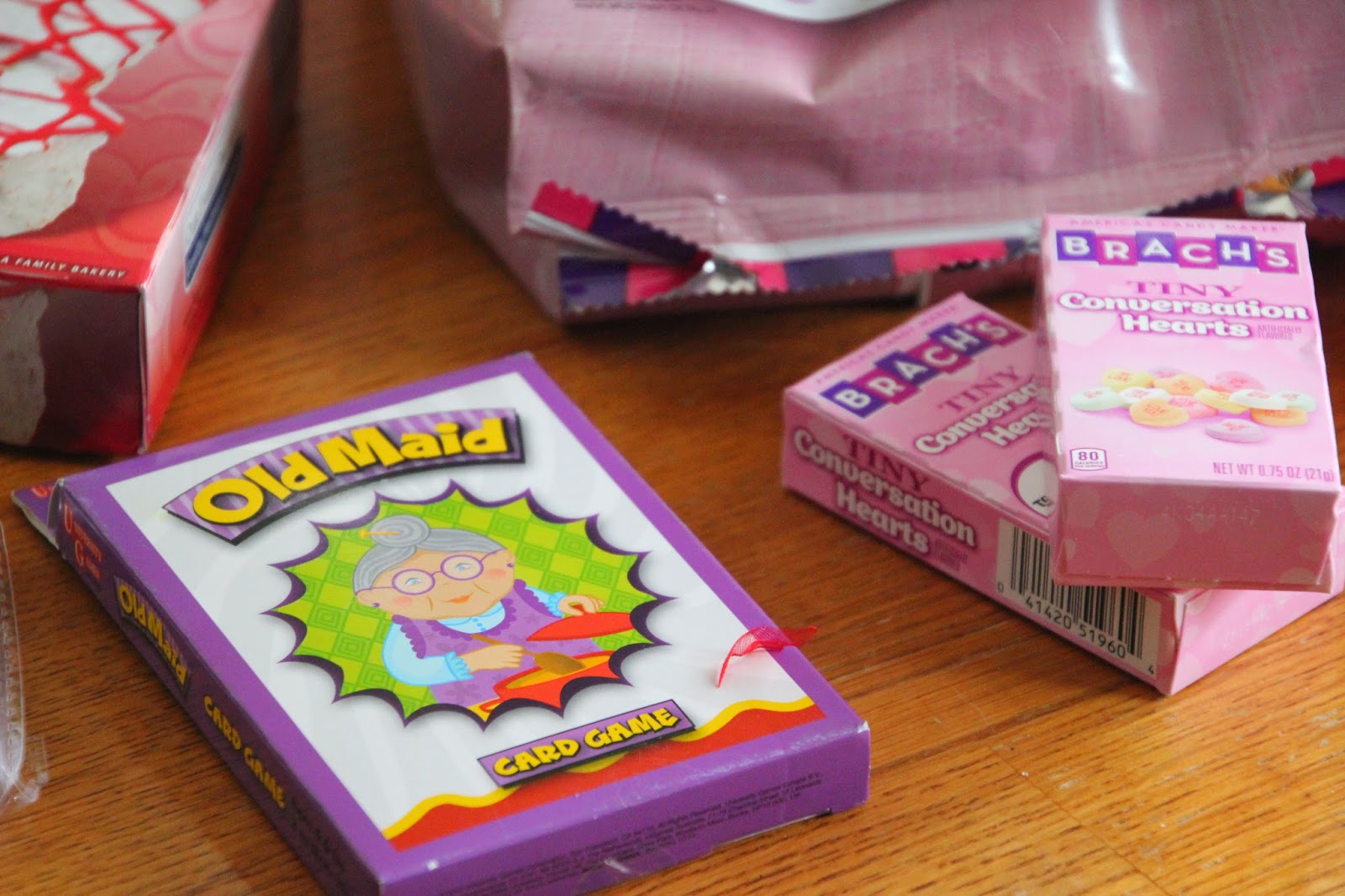 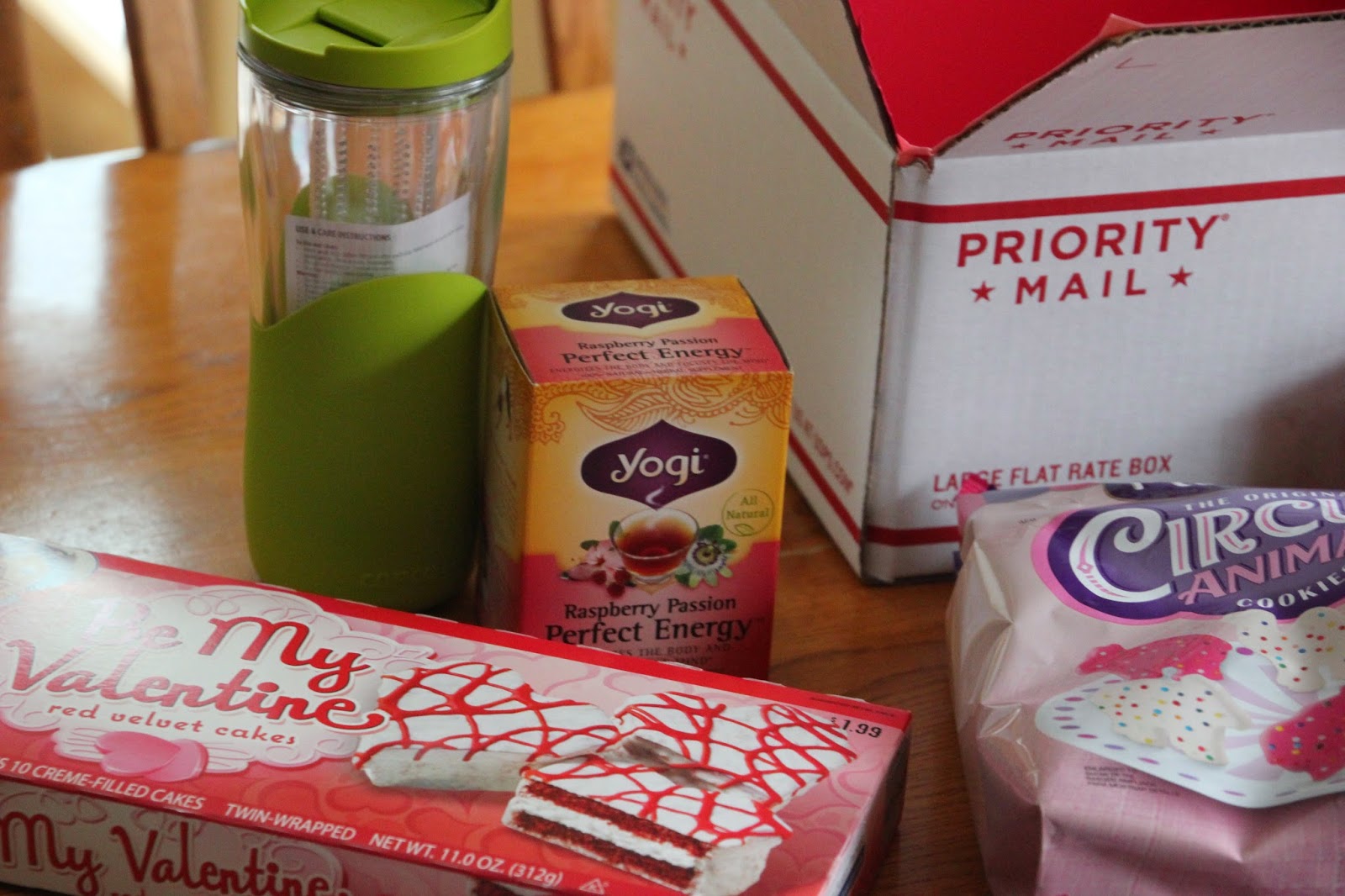 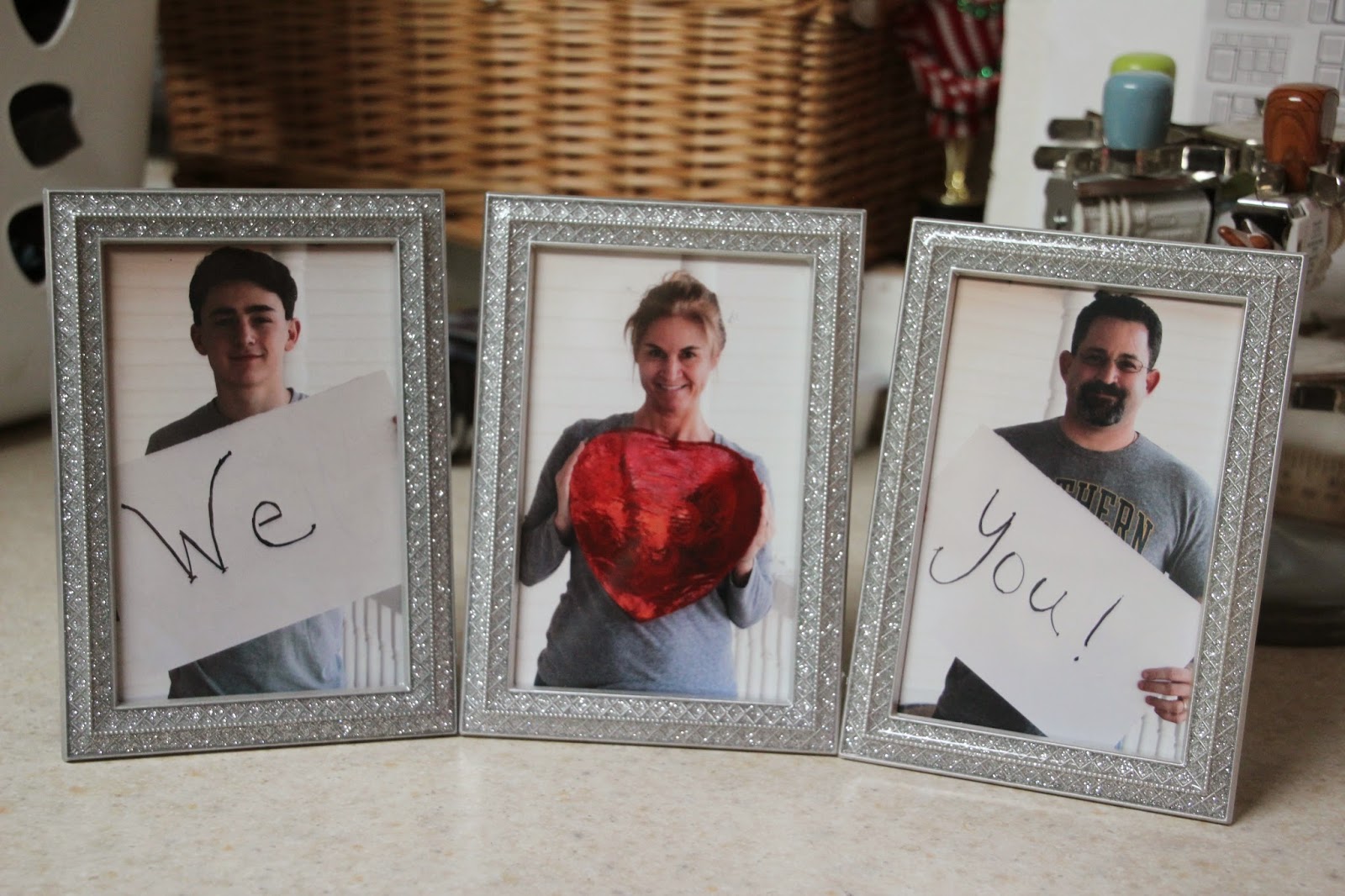 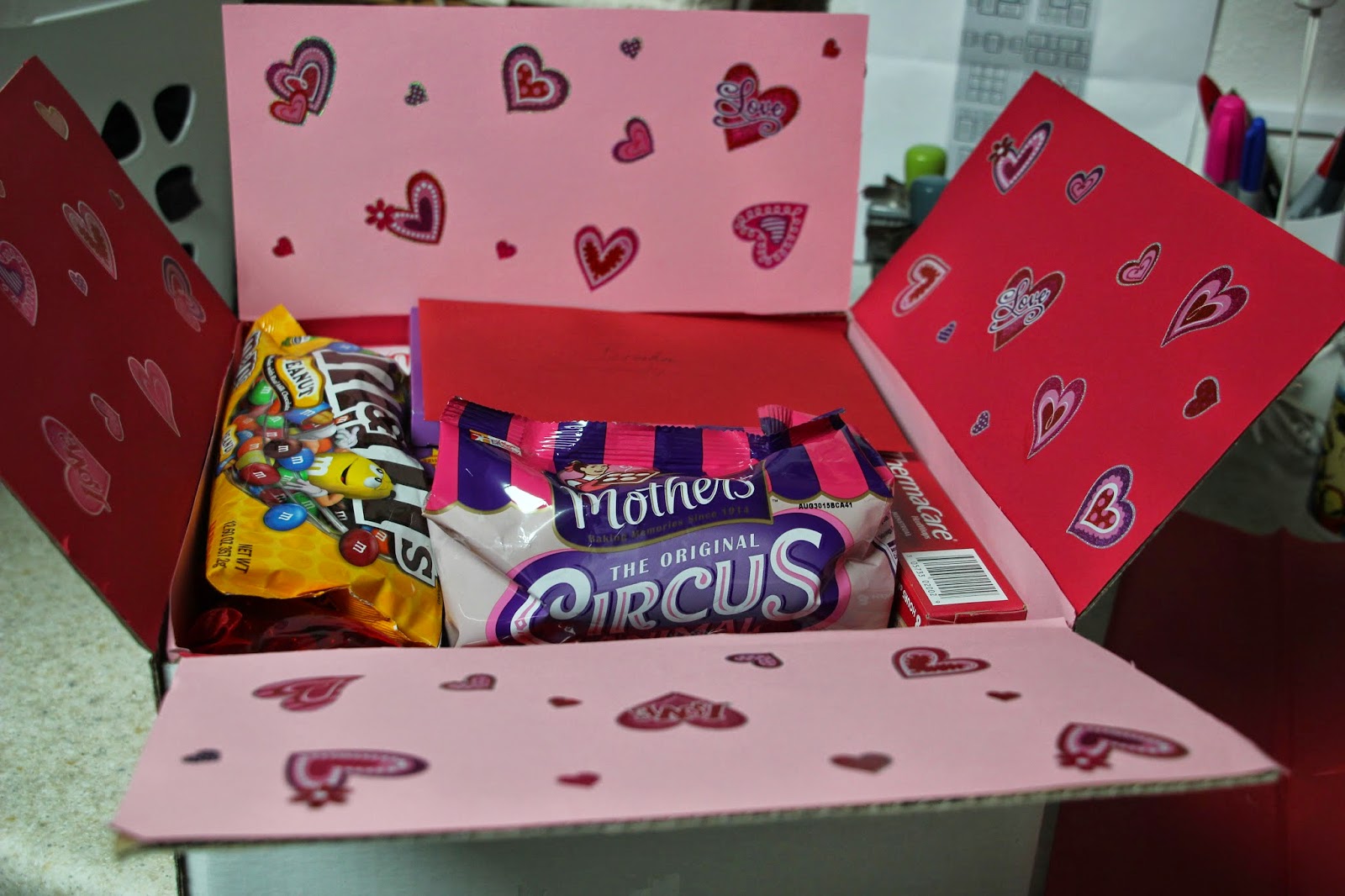 I also included a few items in the package for Katie and The Teenager's two remaining room mates (Room mate From Hell moved out just prior to Christmas break, remind me to tell you all that story one day). Katie loves Nerds, so she got a couple of large boxes, while the other girls got peanut M&M's and Kit Kats, respectively.

They probably didn't need all the sugar-they are already sweet-but, I'm a firm believer in empty calories. And, you know, candy on Valentine's Day, can't go wrong.
Posted by Chelle at 7:35 PM