Christmas is a mere ten days away and I am still far behind my usual schedule. I did, however, manage to get my cards in the mail. Well, most of them, anyway. Ok, some of them; I'm still working on it, cut me some slack.

Anyway, let this post stand as the annual unveiling of the official 2015 Mylastname Family Christmas Card! 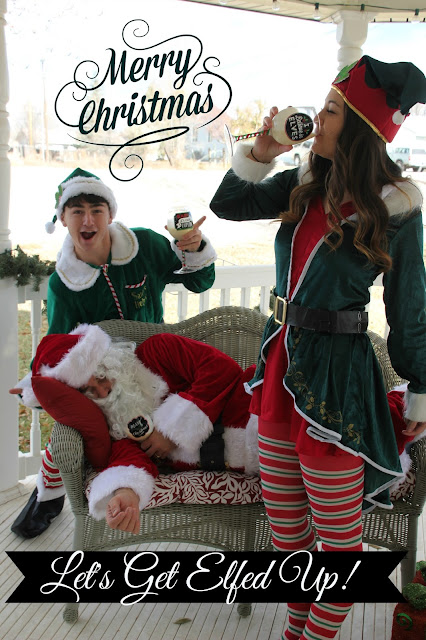 Hugh and the kids were especially good sports this year. The fact that I didn't have to beg, plead, bribe, threaten, blackmail, or exhort anyone to don holiday costumes speaks volumes about how well trained cooperative they are, and I am certainly lucky to have them.

The greatest surprise was the Man-Cub's easy acceptance of his Christmas fate, in fact, when I broached the idea for the card, I was fully prepared to argue with him about the tights, the curly elf shoes, the hat, and the general embarrassment that I expected a seventeen-year-old boy to feel about dressing like Santa's little helper. Imagine my surprise when his only comment was "There is no way I am drinking eggnog".

Because, you know, that's what elves get elfed up on.

Anyway, once I promised him that he wouldn't even have to bring a cup of the stuff to his lips, he was all in. The Teenager was game for the plan from the get-go, and Hugh, well, Hugh knows that if momma ain't happy, ain't no one happy.

Plus, I think he kind of digs the costume.

So, there you have it.

And now, for the outtakes... 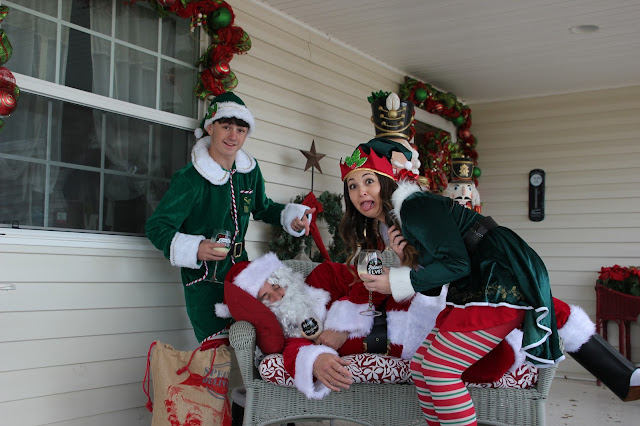 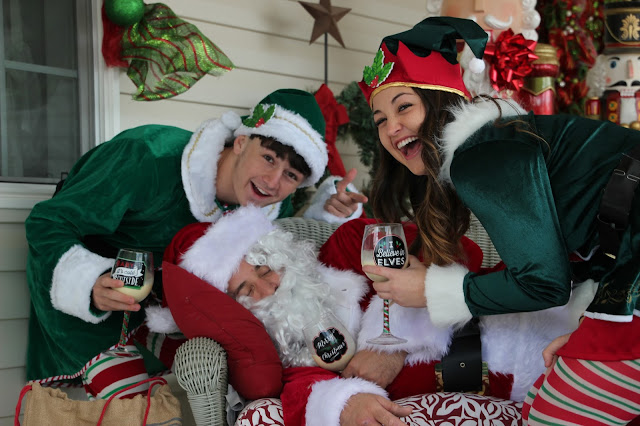 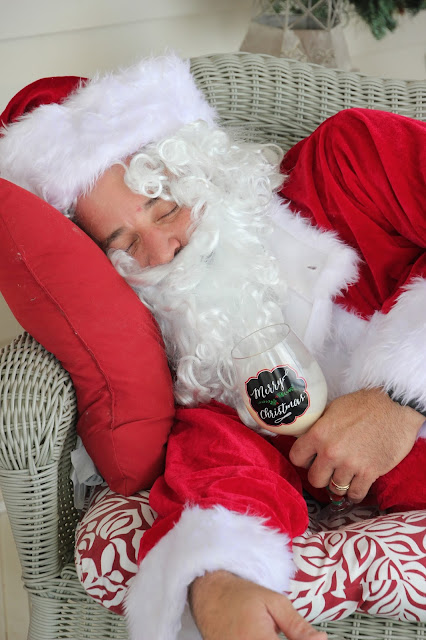 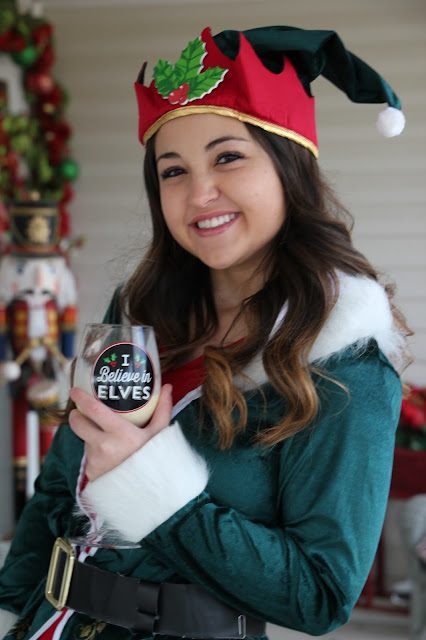 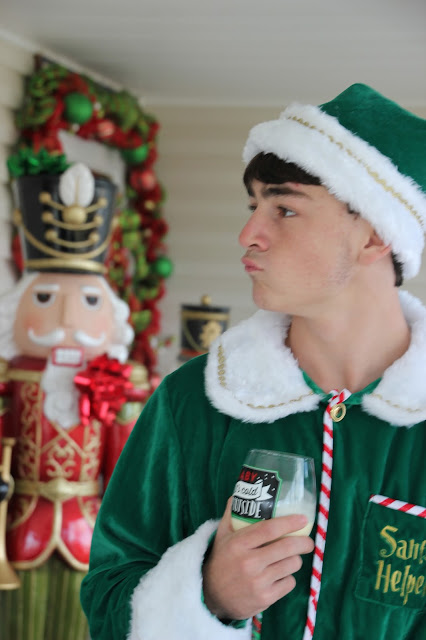 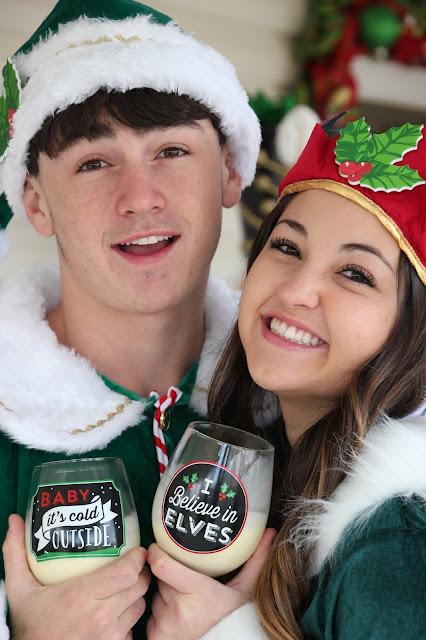 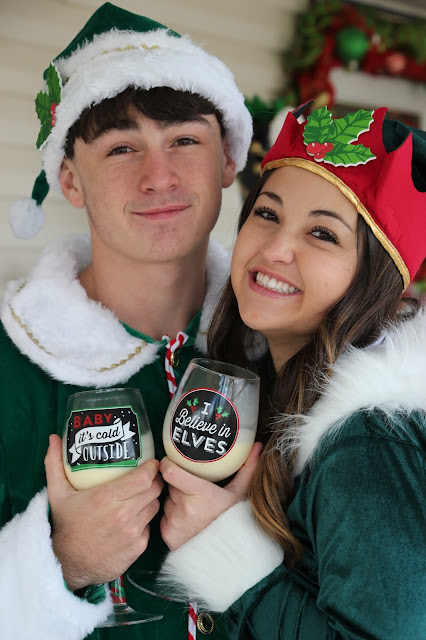 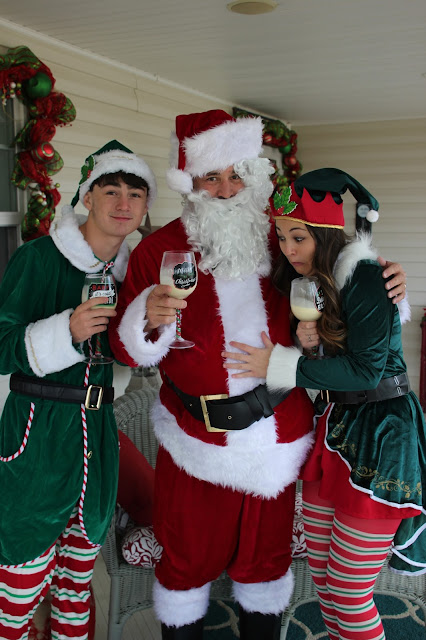 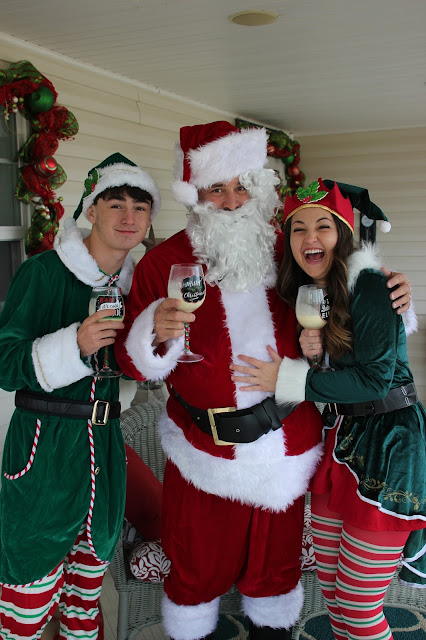