Our family excursion to the botanic gardens for the annual light festival was a success. This is saying a lot, considering the fact that, when the kids and I attempted the same outing last year, it ended in tears.

Last year, Hugh was in Nevada at a wrestling tournament, so it was just me and the kids. The loss of my dad was still very recent and I was emotionally raw, so, when the kids seemed less than excited to tour the lights with me, I took it personally and it resulted in a meltdown between me and The Teenager.

Not my finest moment, but, forgivable under the circumstances.

As I said, last night went much better. Despite the cold weather, the kids were cooperative and actually appeared to have fun.

After the gardens, we parked in a neighborhood to watch a light display that some homeowners have synchronized to music accessible on the car radio; it was really well done and we enjoyed it quite a bit.

Then, we went to my office, mainly so The Teenager could use the bathroom, but, also so that Hugh and the kids could see the decorations that my office mates and I put up on our door for the office decorating competition (more on that in a future post).

Then, we went home for hot cocoa and foot massages. It was a really good way to spend a holiday evening. And, it was meltdown free, bonus! 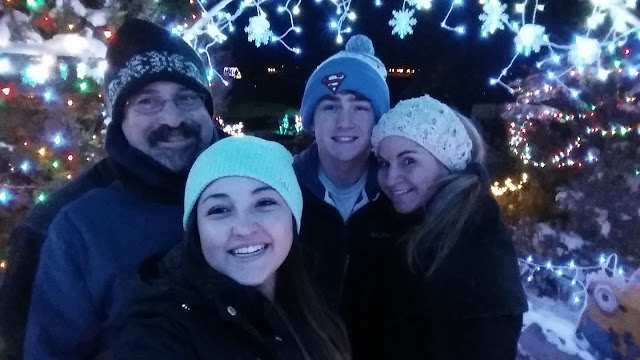 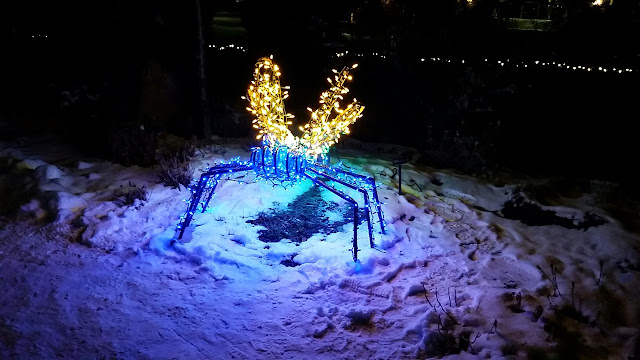 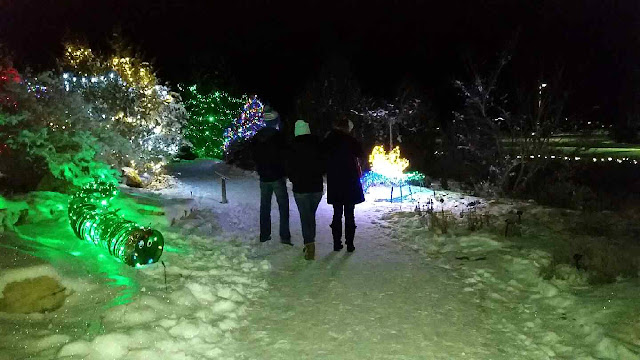 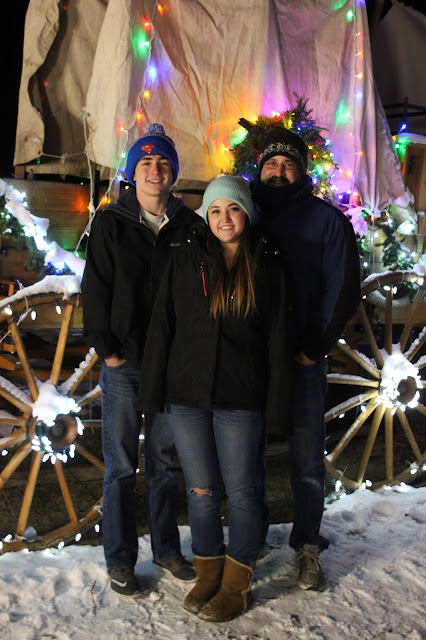 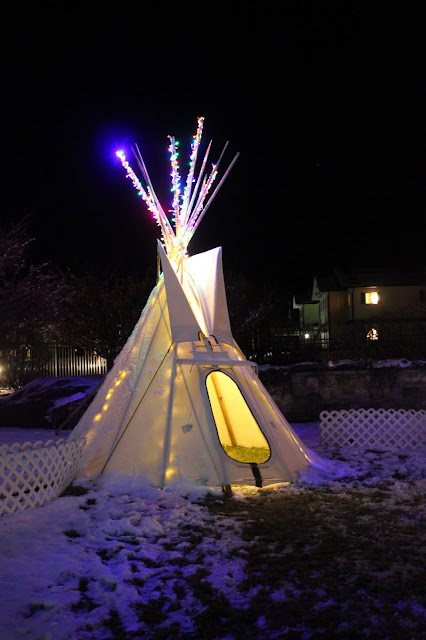 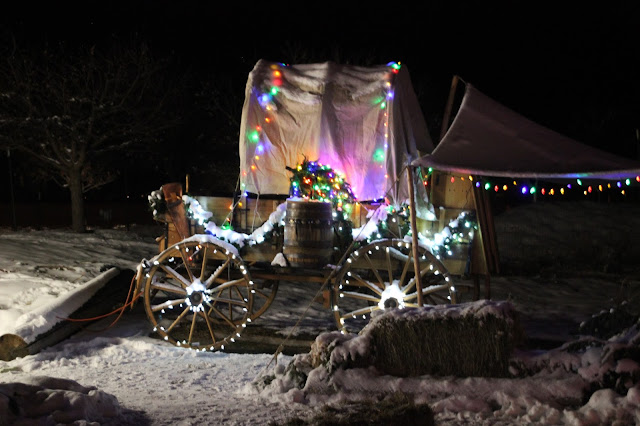 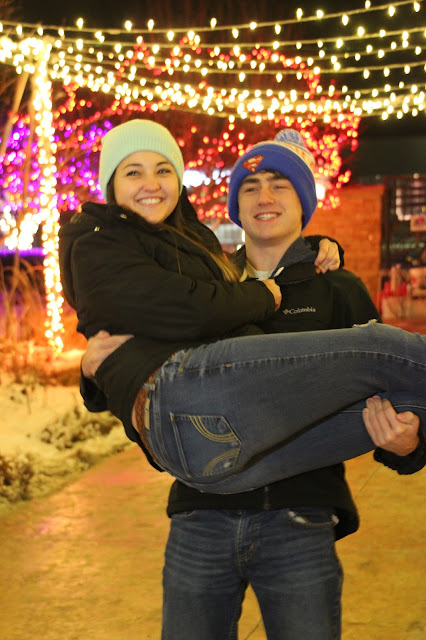 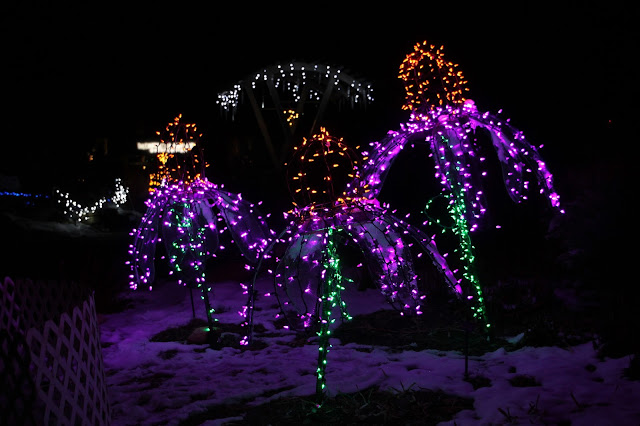 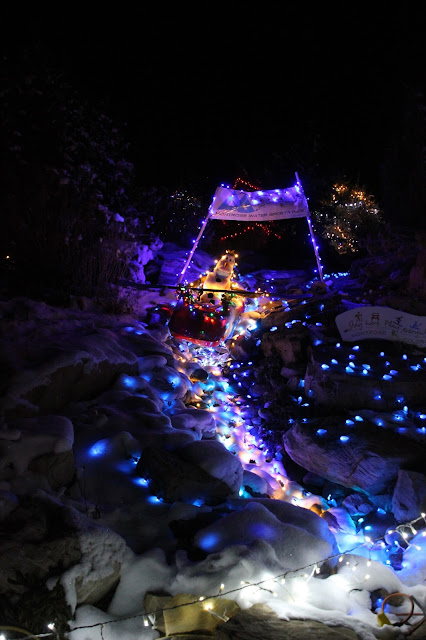 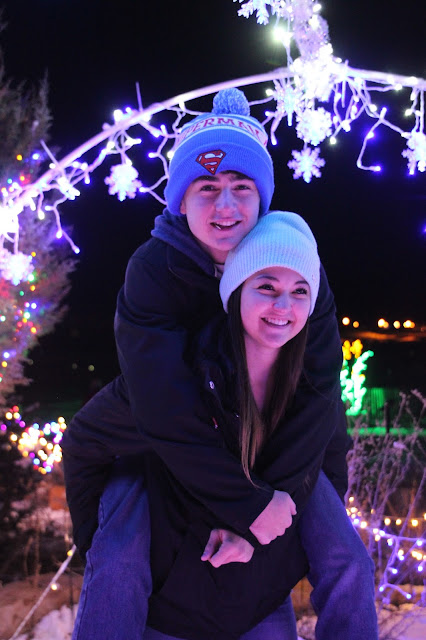 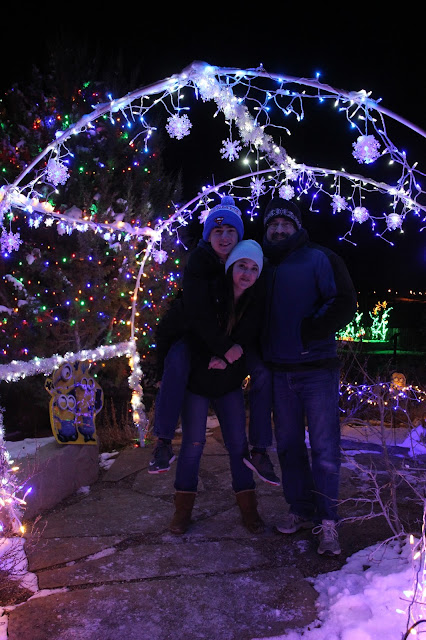 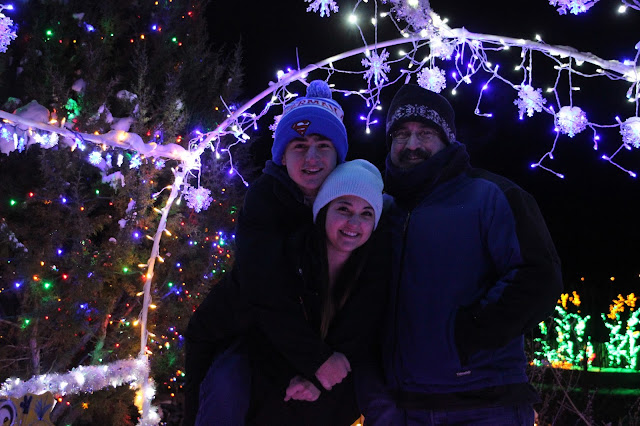