This was a bittersweet celebration; we thanked God for the gift of his only son while continuing to mourn the loss of our father. Healing is a process, and we are slowly getting there.

On the celebratory side was, of course, the people still here to enjoy the day, and, they also happen to be the most favorite thing in the world to me, so, today is the perfect day to feature them. 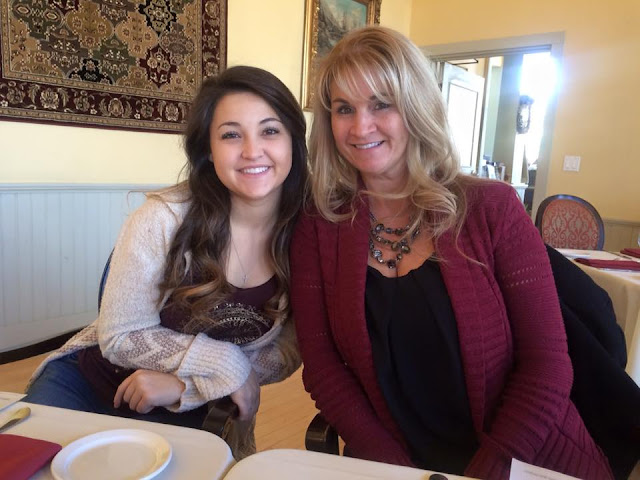 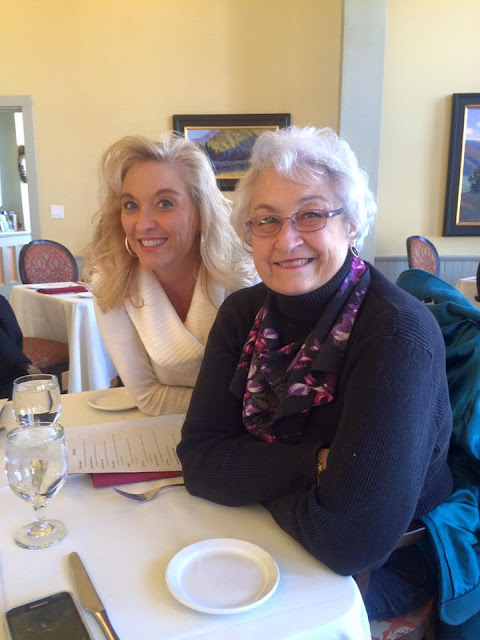 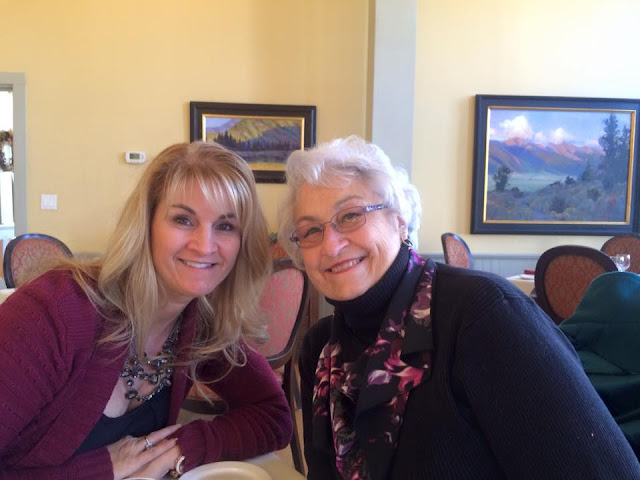 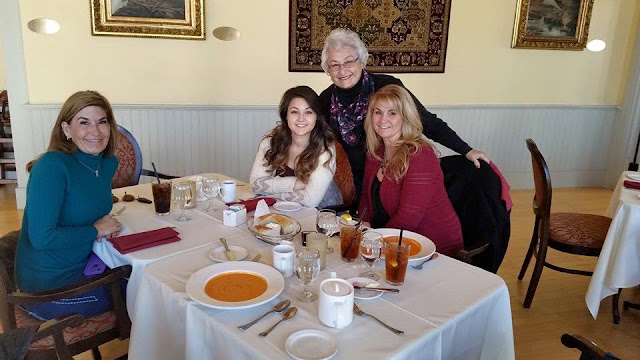 Christmas Eve Tea with my mom, daughter, and sisters, at an historic hotel in a neighboring town. This is the third time that we have done this over the years and it is an enjoyable experience every time. The hotel is always decorated to the nines, there is a gingerbread house display, and the food is always top-notch. This year, Barbie and I ordered a roasted red pepper soup as an appetizer and it was ah-mayyyzing! 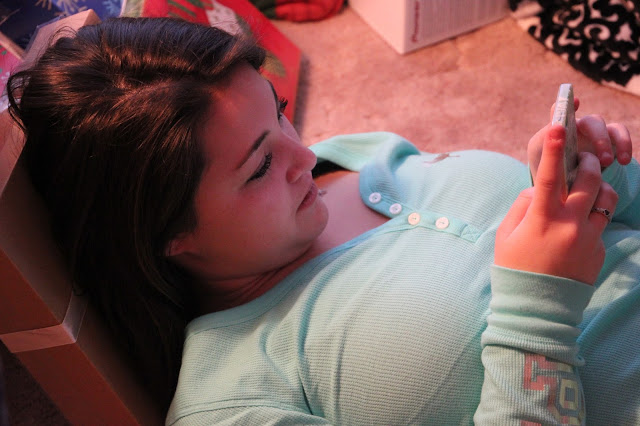 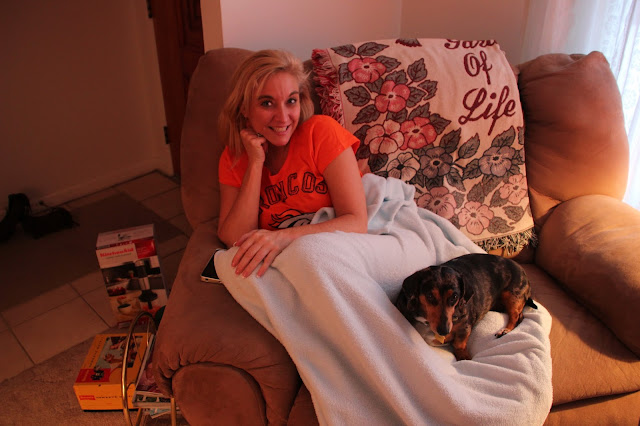 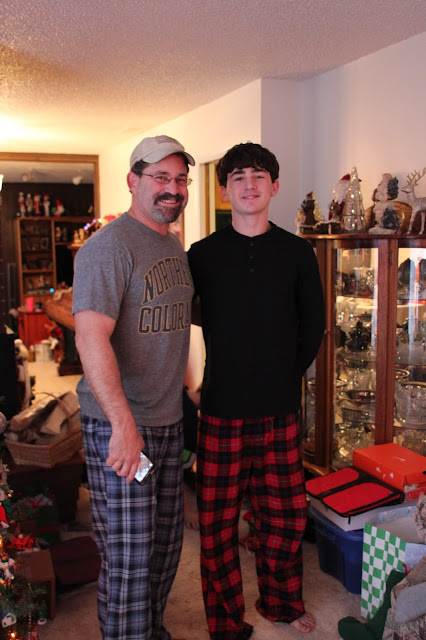 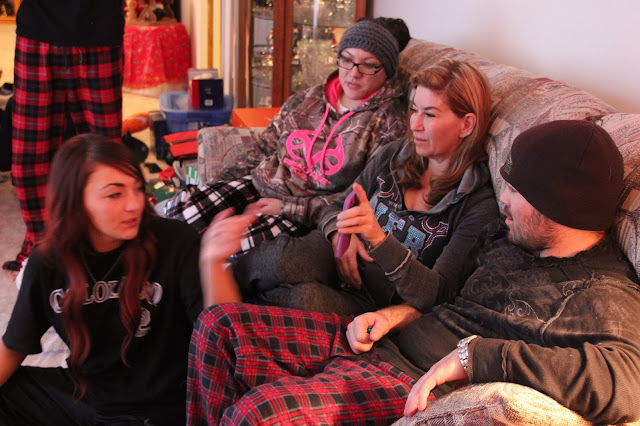 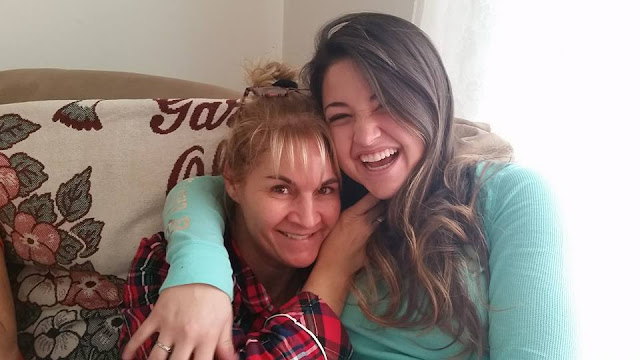 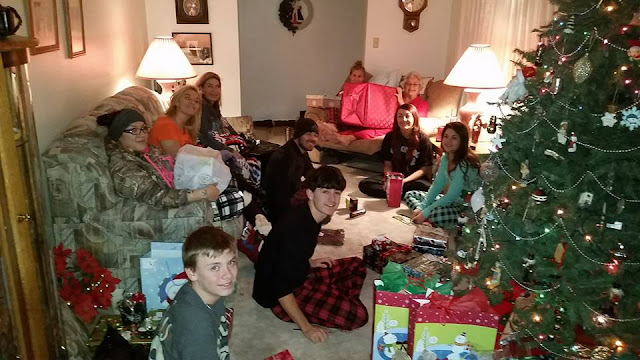 Christmas day started bright and early-at 6:00 a.m., when my nephew (some of you may remember him as The Rebel Without a Cause) and his girlfriend arrived to open presents. We took a minute or two to admire the new-fallen snow (white Christmas!) and to assemble coffee cups and eggnog, and then there was an hour-long flurry of wrapping paper and thank-you's and I-love-it's and laughter, and, some tears.

Each of us received something that had been my dad's and we all felt his presence despite his absence.

Indeed, a strange thing happened this morning, and the story deserves to be told: A number of weeks ago, when Mom put up her tree, she took great care in arranging the lights around a small framed photograph of her and Dad that she had hung on the tree. 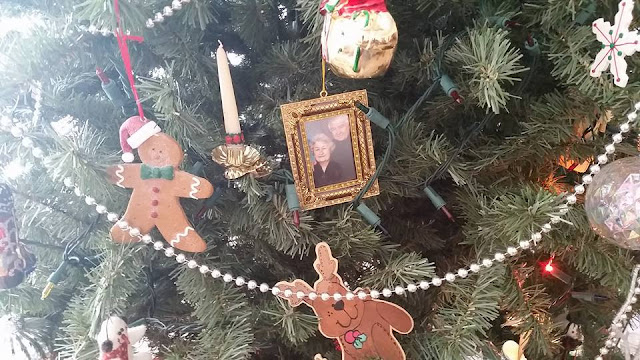 Yesterday, the middle section of lights went out on the tree, leaving the photograph in the dark, and, frustrating my mom (hey, I know that feeling). Since the tree was completely surrounded by gifts, it wasn't like she could unstring the lights and replace them, or, check every bulb until she found the culprit, so, she resigned herself to a semi-lit tree and, Christmas went on.

This morning, Hugh took a number of photos of the festivities. When he showed them to me, I noticed something quite special... 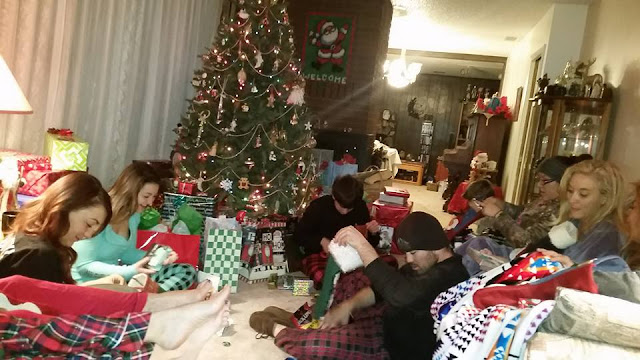 A reflection from the light fixture in the dining room was shining straight down onto the photograph. None of the other pictures, taken at the same time, from the same angle, and with the same camera, showed the beams. We could only guess that it was Dad's way of making up for the light fiasco (since, he was probably the joker behind that, anyway), and giving Mom the illumination that she had so hoped for.

It was our very own Christmas miracle, no matter what science or anything else says. It was also our favorite gift, and, one we all shared, which made it pretty damn special.

Merry Christmas, y'all!
Posted by Chelle at 6:36 PM