I Hear a Train a' Coming

When I was a little girl, I was intrigued by a box that was stored high on a shelf in my bedroom closet. The box had a picture of a train on it and I was dying to know what was inside.

When I got a little older, I figured out how to reach the box on the shelf and I went snooping; inside I found the parts and pieces of a train set, a very old train set.

When my dad found out I had been snooping, he took the box back down from the shelf and told me about the train. He was a young boy when he received the train as a gift (the train is dated 1952, so he would have been nine). He loved the train and played with it until the electric switch broke and the train would no longer function, then, he abandoned it and moved on to more age-appropriate pursuits. But, he never allowed my grandmother to get rid of the train (a minor miracle, considering that she threw away every other toy that he outgrew, including his baseball card collection, which, haunted him to his grave), and, when he and my mother married, they made room for the train in each of the homes that they shared.

I always believed that my dad would find a way to make that train work, again. I pictured him in an engineer's cap, surrounded by train tracks and manning the switches like a pro, because; I grew up on Captain Kangaroo and Mr. Roger's Neighborhood and that is what I thought all old men eventually stove to achieve, not because it was at all a realistic goal for my father, who, would rather spend his time in front of the computer, tracking his fantasy football leagues and placing bets.

Sadly, my dad didn't get enough time for pursuing any senior pastimes, realistic or not.

Yesterday, I tore the wrapping paper away from a very familiar box. 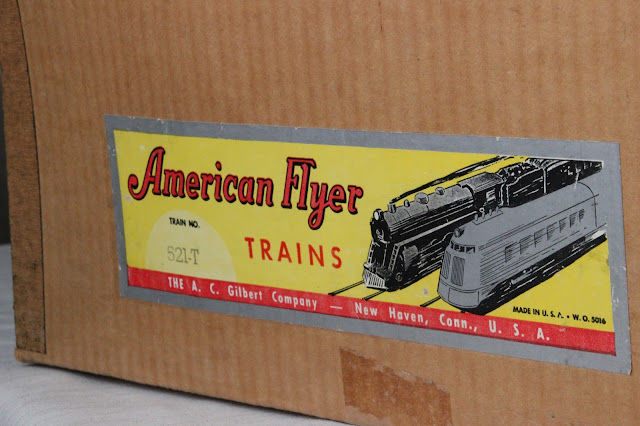 One day, that train will run again, and, I'll imagine my dad enjoying the sound of the whistle right alongside me. 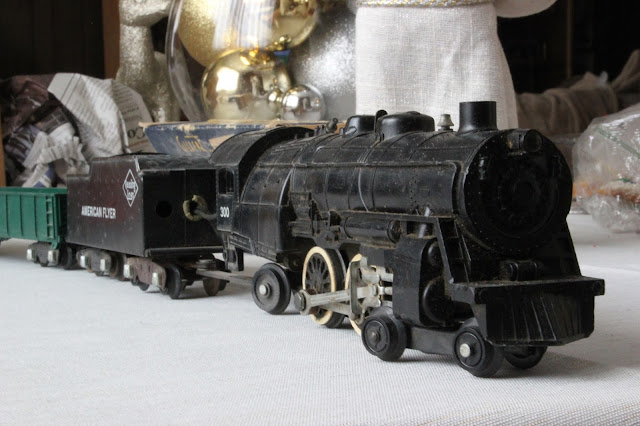 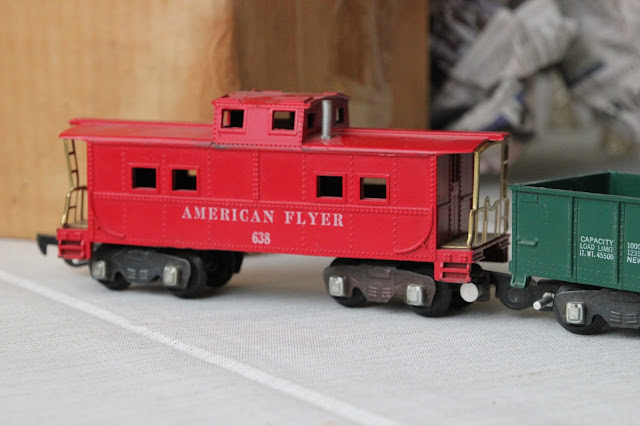 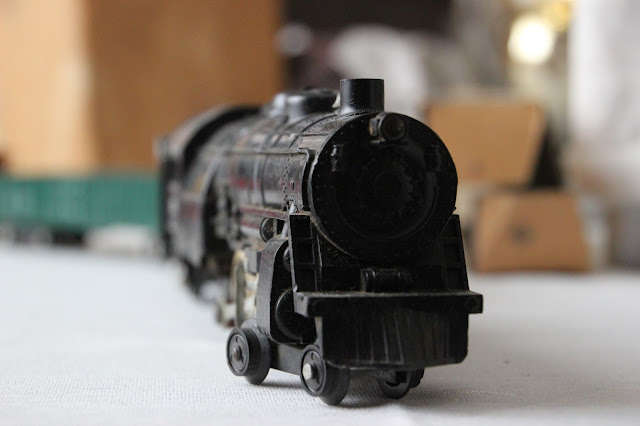