Today is the day set aside to honor Saint Nicholas, the patron saint of children (and, of repentant thieves, go figure). Not many people celebrate this day, but, it has always held a special place in my heart. Longtime readers of this blog (Hi, Mom!) may recall that my grandfather's name was Nickolas; he was named for the saint upon his birth, which was on December 6th, Saint Nicholas Day.

When my kids were quite small, I decided to honor both my grandfather and the original Saint Nicholas (yes, my grandfather was a saint, no one can tell me differently) by leaving coins for them to wake up to on the morning of December 6th, as was the tradition during Saint Nick's lifetime.

Of course, being me, I couldn't go the full traditional route (St. Nick left coins in the children's shoes), so, I made the practice a bit more unique to our family; I asked the kids to write their letters to Santa and to place them underneath their pillows on the night of the 5th. Sometime during the night, I told them, Santa's elves would steal into their rooms to gather the letters for Santa. We would know the elves had visited by the trail of elf dust that they left in each of the kids' bedrooms, as well as by the absence of the letters and the magical appearance of chocolate coins.

The kids loved this tradition and we kept it up long after the magic of Santa had faded.

Last night, I cajoled the Cub into writing his letter. He humored me with that part but flat out refused to place it under his pillow. Maybe something about a grown-ass adult sneaking into his room to dig underneath his pillow while he slept creeps him out. Maybe I can't blame him for that.

Anyway, I did crack his door open far enough to toss some chocolate coins on the foot of his bed this morning. There will be no elf dust, not just because the Cub doesn't really require it anymore, but, because my supply of elf dust is almost depleted; the small vial cost less than two bucks and lasted about fifteen years, so I can't really complain. 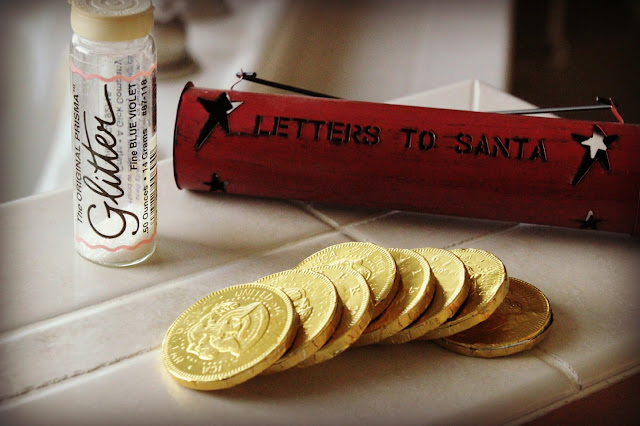 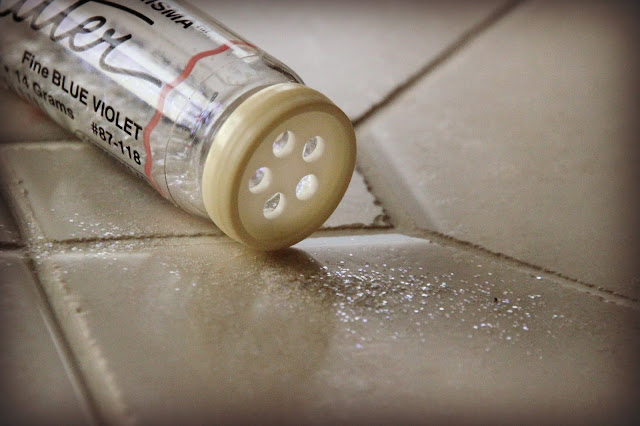 I don't know if the kids will carry on the tradition with their own children (many, many moons from now), but, I'm glad that I had so many years in which to do it for them. The memory of the awe and delight on their faces when they would point out the glistening trail from their windows to their beds will remain forever etched on my brain and, more importantly, in my heart.