A Boy and His Shoes

Last month, the Man-Cub requested a new pair of basketball shoes. He had outgrown his current pair by at least a quarter of an inch, which, doesn't seem like much, but, still resulted in him feeling like his toes were being bent under in a most uncomfortable-and, painful-way.

The new shoes that the Cub wanted were Nike basketball shoes. Unfortunately, the Cub inherited not only my good looks, but, my champagne appetite; the shoes, custom designed on the Nike website, cost a whopping $180. Our beer budget was going to have to stretch uncomfortably to afford that price tag.

The Cub was willing to split the cost with us, using funds that he earned at his jobs the past two years, but, when we got his report card, we decided to cover the cost, completely; grades as good as the Cub's deserved some reward.

When he was trying to sell me on the idea of custom shoes, the Cub offered to use his nickname as an element on the shoe, which, made me chuckle, mostly because I never actually expected him to do it, he is a seventeen-year-old boy, after all. So, imagine my surprise when the shoes finally came in last week. 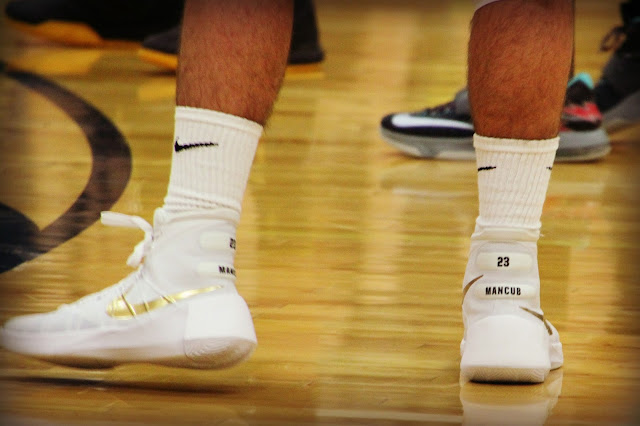 He loves them. He has no embarrassment, whatsoever, when he wears them on the court, and, folks who didn't already know his nickname now call him by it.

I think they make him jump higher, too. 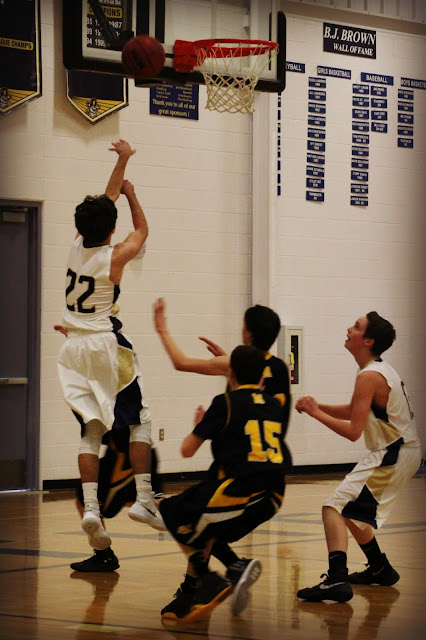 As a side note, he wanted the #23 jersey, but, a senior had first dibs on it, so he settled for the #22. When he asked me if I thought he could still use the #23 on his shoes, I said of course; it's his lucky number, after all. So, that is what he did. 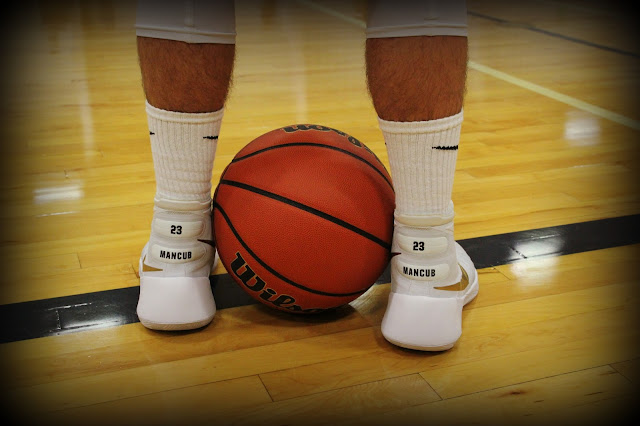 He jokes about keeping them in a shadowbox after High School.

I guess I could make room next to his baby shoes...