Christmas Is a Time For Miracles

This past Tuesday was December 6th, which, in my household, is St. Nicholas Day. Actually, December 6th is St. Nicholas Day whether your in my house or not, but, that's not the point. The point is, that, since the kids were small, St. Nick's Day meant that Santa's elves had visited the night before, picking up the kids' letters to Santa and leaving both chocolate coins and a trail of elf dust in their wake.

This year, the "kids" are 20 and 18 and only one of them resides in my household, so, the likelihood of them writing a letter to Santa was nonexistent, or, so I thought.

Imagine my surprise when I got up on Tuesday morning and found the Man-Cub's letter tube on top of my computer when, last I had seen it, it was hanging on the tree near his sister's. 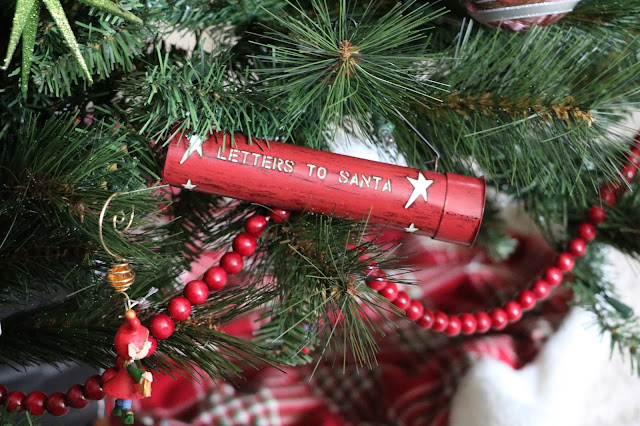 Imagine my further surprise in finding a letter inside the tube; an actual, honest to goodness, bonafide, real letter to Santa. 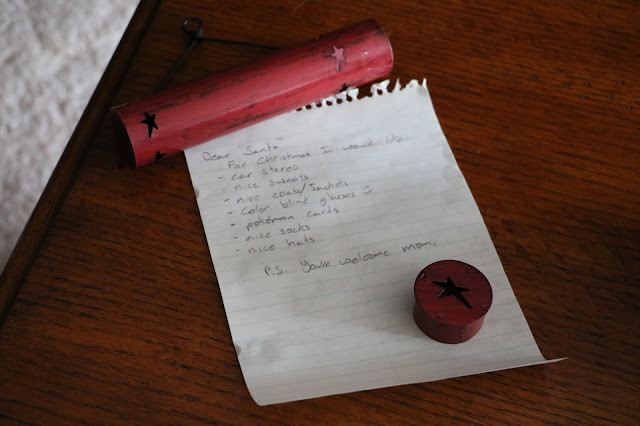 Despite my surprise, I immediately scooted upstairs to place a small bag of chocolate coins underneath the Cub's pillow, because, out of a sense of nostalgia, I had purchased the coins the week before and, thus, had them on hand.

The Cub dutifully pretended to be asleep just long enough for me to complete my stealth mission; he didn't even comment on the rather unusually large size of the elf until later in the day.

Best Christmas present he could have given me.

I feel it is worth noting that the child actually asked for socks. What kid does that? Also, requesting "color blind glasses" with a smiley face cracked me up; bless his colorblind heart.

As for the rest of the items on his list, well, let's just say that "Santa" thinks that the Cub has been a very good boy, and, Santa knows, because he sees everything.
Posted by Chelle at 2:41 PM