Let There Be Lights!

After our plans to visit the annual light display at the botanic gardens was foiled by the weather last week, we kicked around the idea of driving to Neighboring City to look at lights with Queen B.

We planned the outing for last night (Tuesday) because Hugh was still in Delaware at a wrestling tournament and we thought it would be best to wait until he got home so that he could join us.
Hugh was scheduled to be home on Monday but was stranded in Chicago when his connecting flight failed to appear, so he spent Monday night with his sister and brother-in-law, which, while unplanned, was a nice little holiday bonus. By the time he finally made it home on Tuesday, I wasn't sure that he would be up for the drive, but he powered through, and, while we were missing the Man-Cub (late basketball practice), the drive was pleasant and the lights did not disappoint! 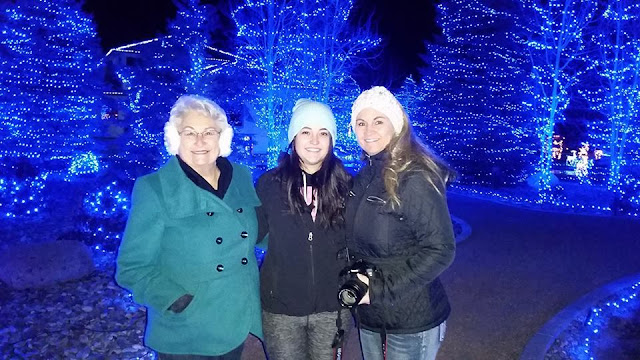 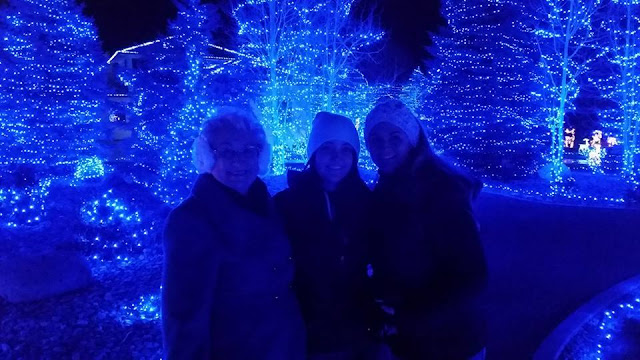 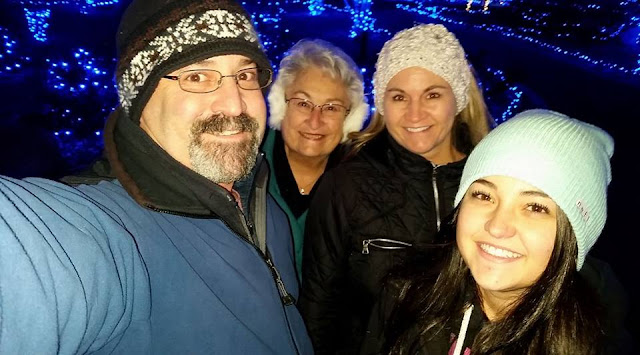 One of the houses that we stopped at was decorated with about ten million blue lights. Every tree, bush, stump, and tumbleweed on the property (which was quite large) was draped in lights, every pathway was lined in lights, and at least one hundred lighted deer were positioned across the lawns. It was amazing. 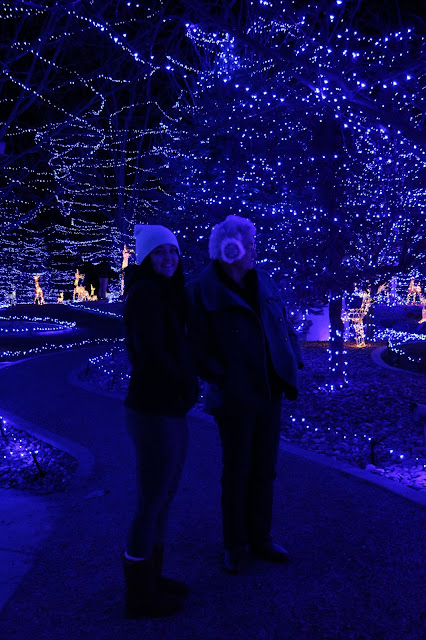 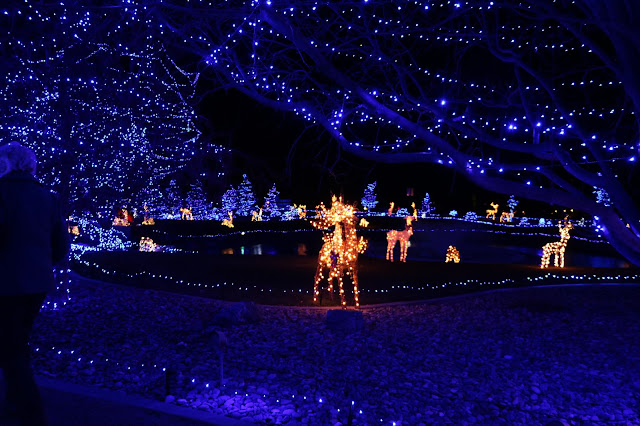 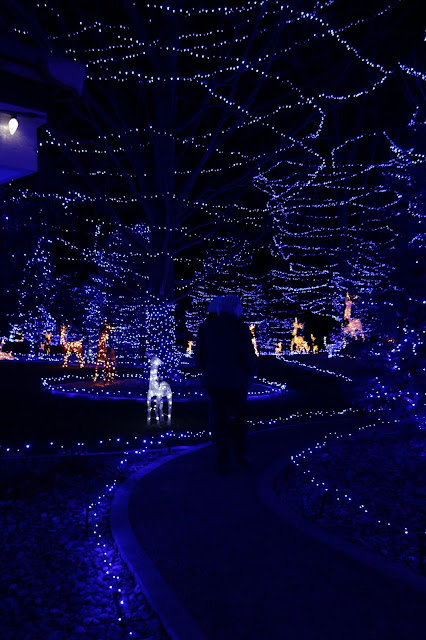 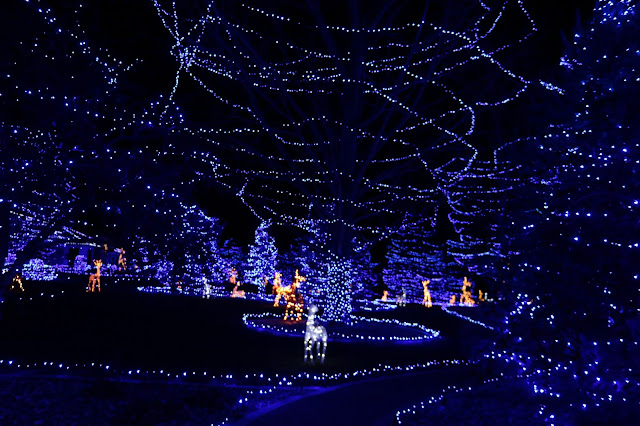 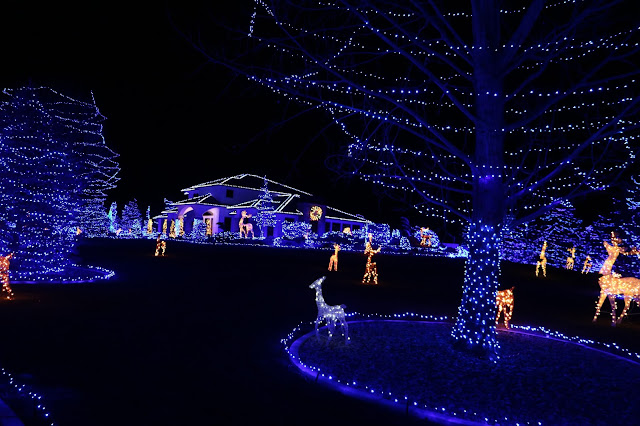 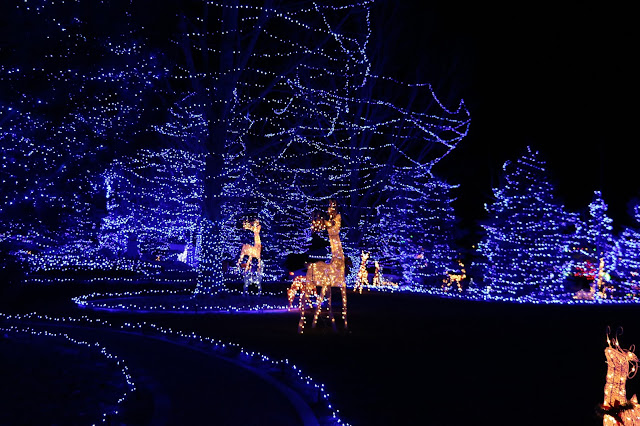 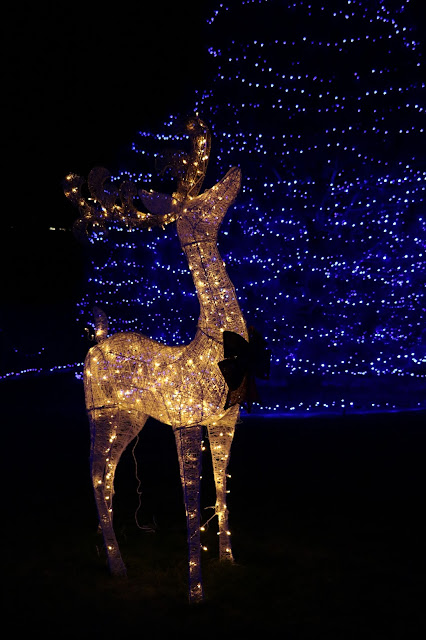 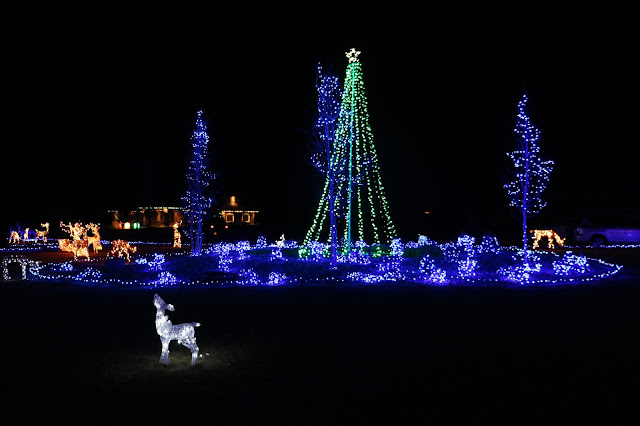 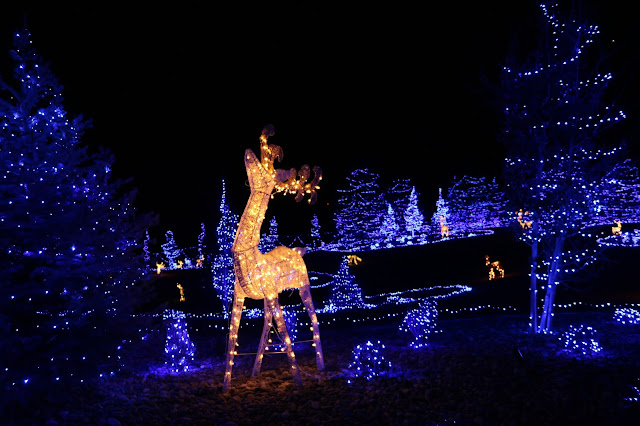 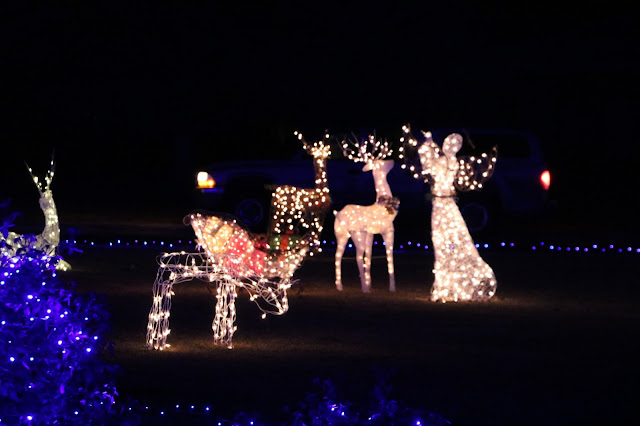 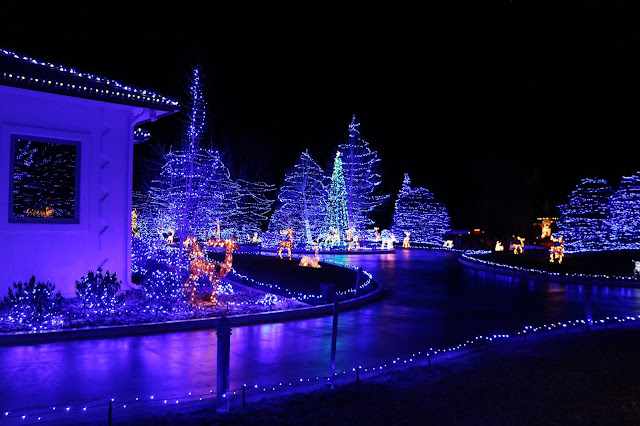 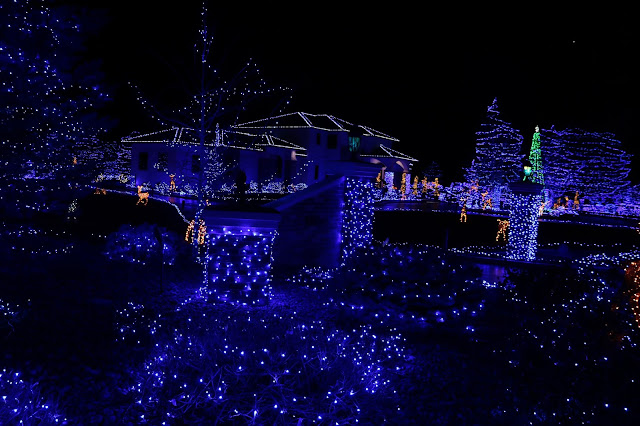 Another house featured a light show set to music that we could tune into on the radio. The show was really well done but my favorite part was when the story of Jesus' birth was told as the lights glowed over a full-size manger that was set up on the lawn. It made me a little teary, not gonna lie; all too often, the true message of Christmas gets lost in the shopping and the wrapping; last night, it was front and center and I appreciated that. 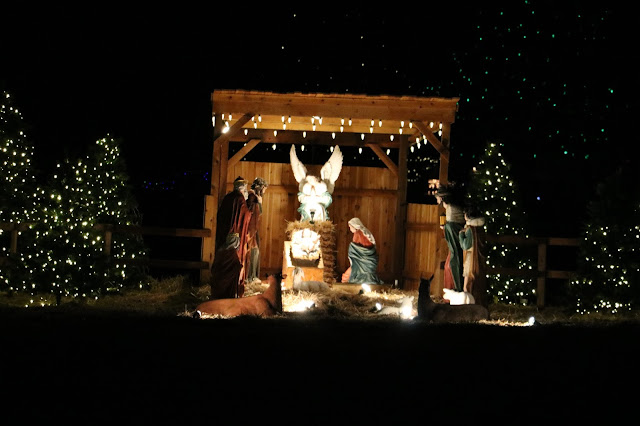 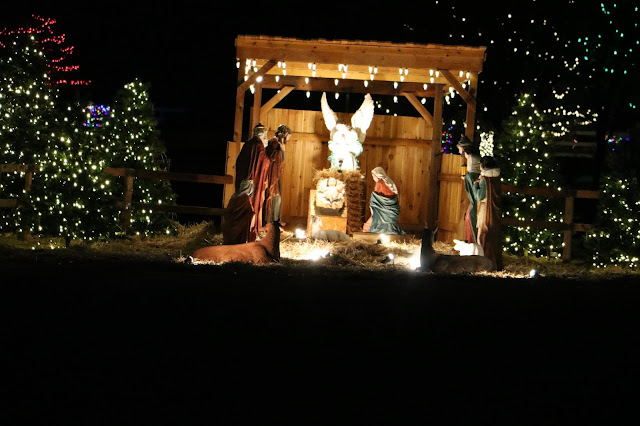 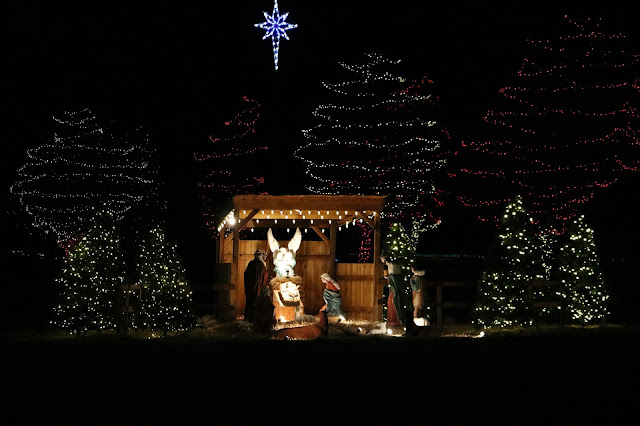 Also, I really, really want a life-size nativity on my front lawn, someday.