Yesterday I showcased the porch decorations, so today it is the house's turn to shine, and shine it does. Again, I really, really told myself that I wasn't going to go all out with the decorations, and, again, I failed miserably. I even braved the rigors of climbing up and down a ladder five zillion times to adjust cords and strands of light bulbs for the village which is my least favorite task of the holiday season; don't get me wrong, I love the village, it's the cord management that I hate.

Anyway, here is the house in all its' Christmas glory. 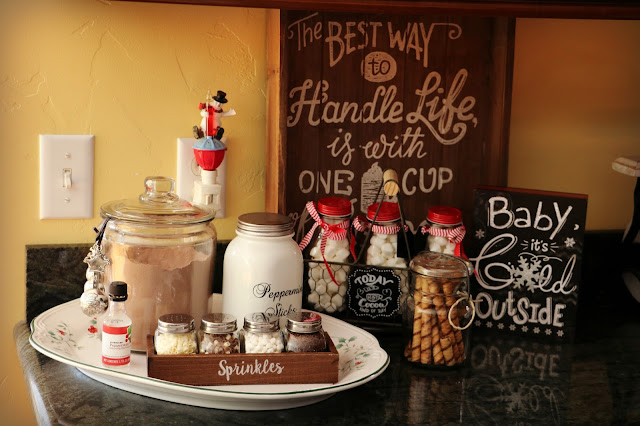 This year's cocoa bar is probably my favorite cocoa bar yet; it takes up a lot of real estate in the kitchen but it's used regularly so no one is complaining. 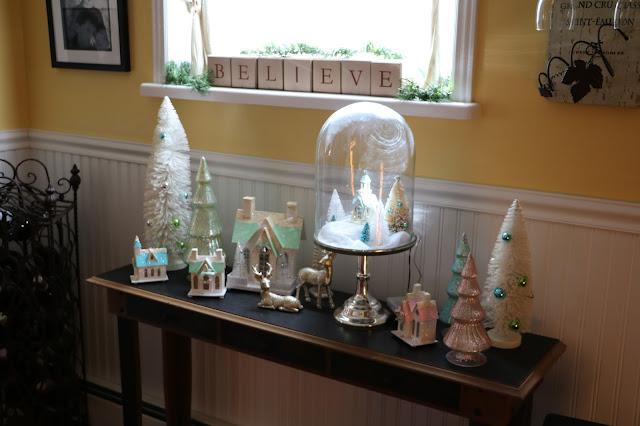 I added a few vintage-inspired pieces to my buffet table this year. The pastel trees go really well with the lighted Putz houses and bottle-brush trees. 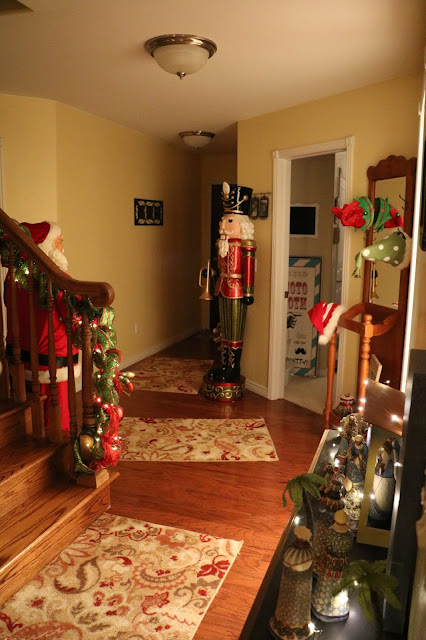 Colonel Sugarbottom was moved from the porch and into the foyer this year because I felt like his shiny presence paired better with the deco-mesh garland than with the more natural elements that I was using on the porch. The deco mesh garland is wrapped on the staircase and lighted with battery-operated lights that are set on a timer; they go on for six hours and off for eighteen. I've found these lights to be really useful and have used them in several displays throughout the house, which, explains my massive holiday battery budget. 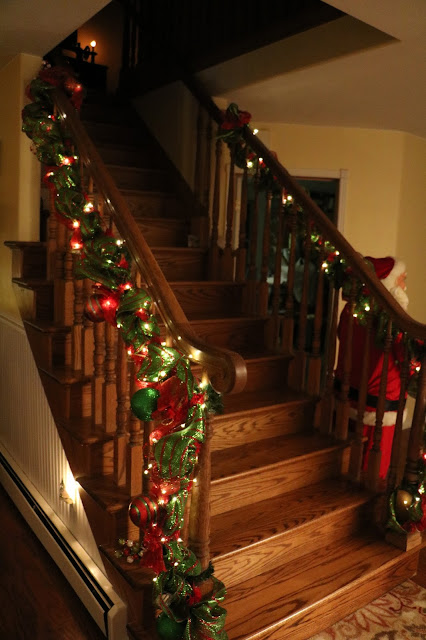 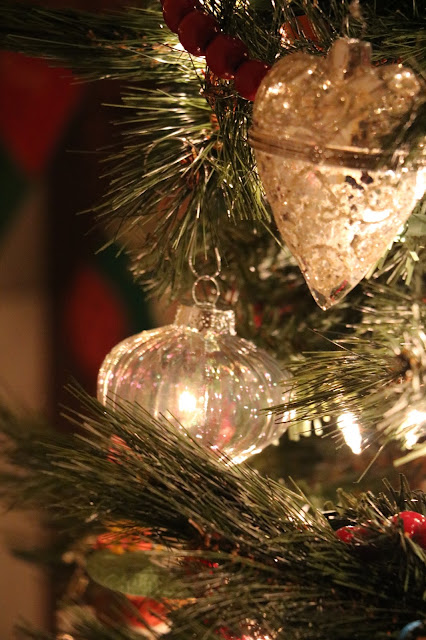 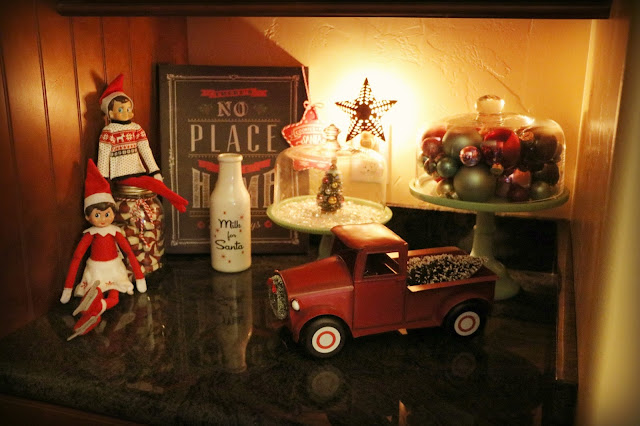 Because my kids are too old for regular Elf on a Shelf shenanigans (I know because they told me so), my elves don't really do much. They did, however, inspire this year's Christmas card, but, that is a story for tomorrow's blog post. 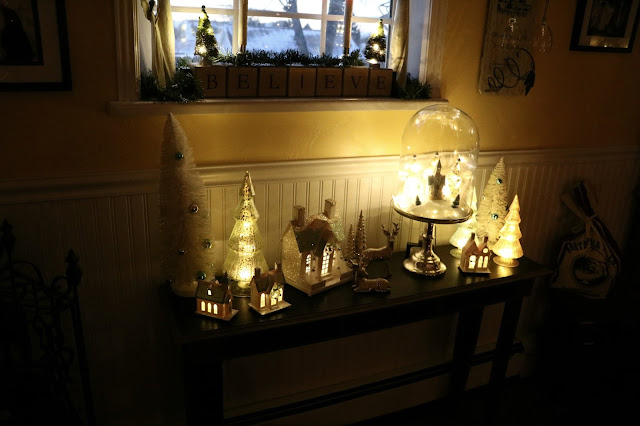 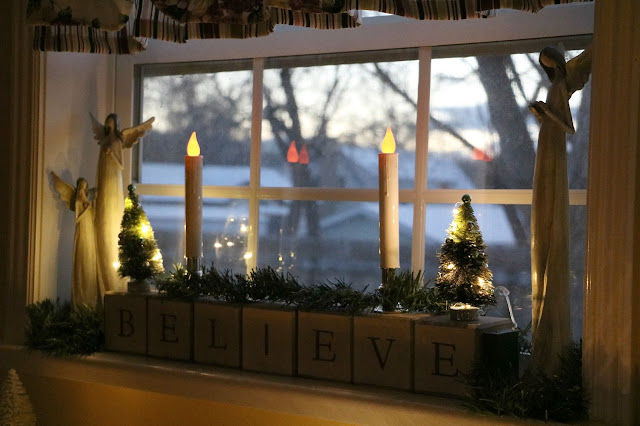 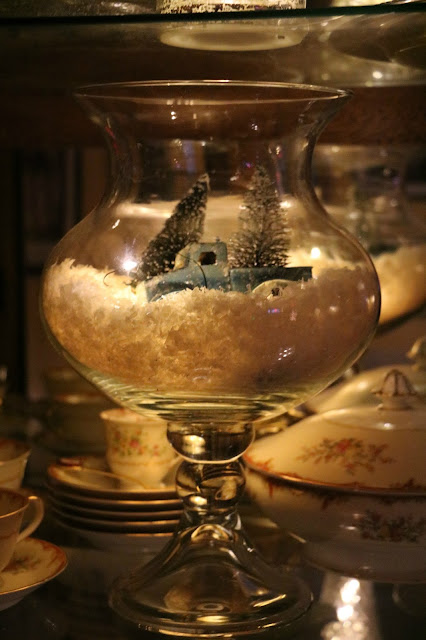 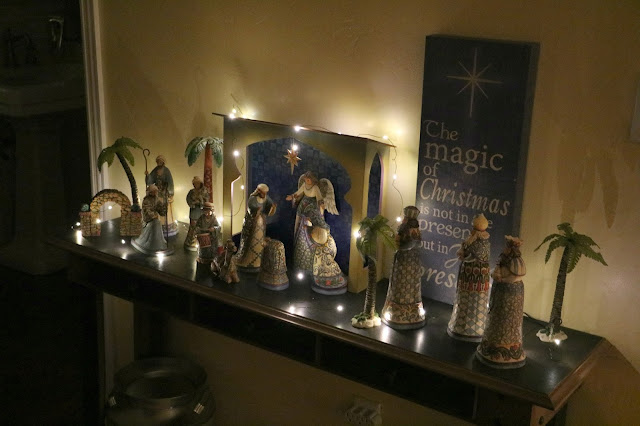 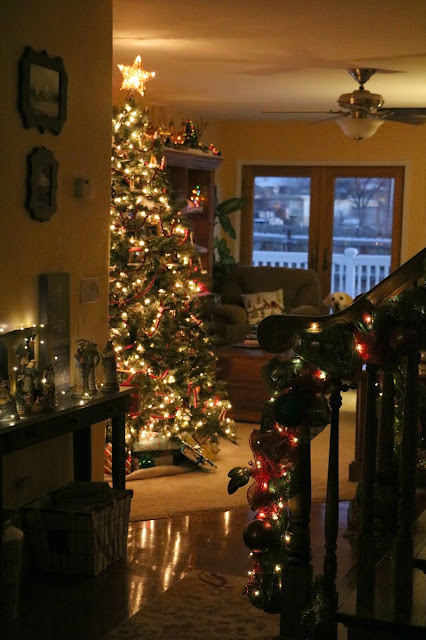 I love the picture above because, if you look closely, you can see Rowdie dog peeking his head over the loveseat, behind which he is banished this time of year. Poor dog just wants to be part of the action; his turn is coming, I bought him the cutest ugly sweater for Christmas Eve. 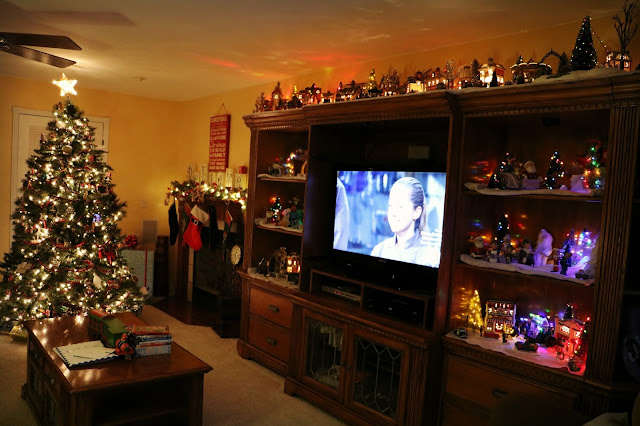 And, there's the village, bane of my existence, joy of the season. I have no idea what I would do with it if I didn't have that massive entertainment center on which to display it. Mom's stocking joined ours this year. Actually, this is not Mom's stocking; this is a replacement stocking that she bought at The Hellmouth when she realized that she had forgotten to pack her stocking; it'll do. 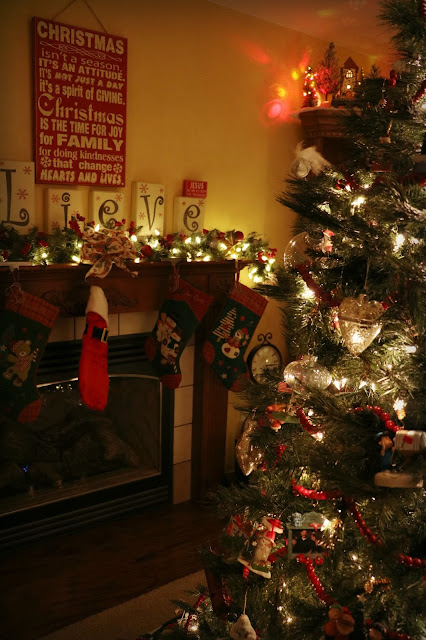 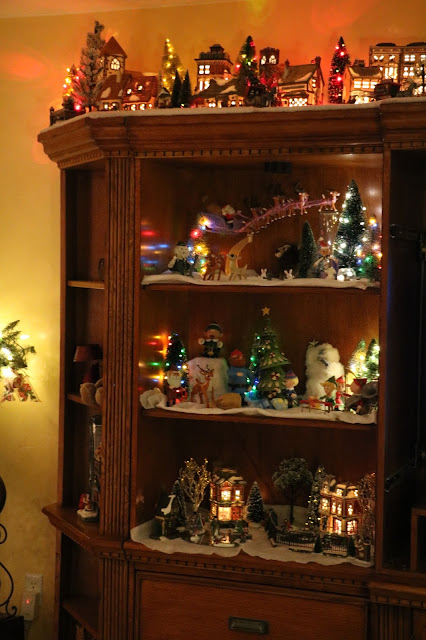 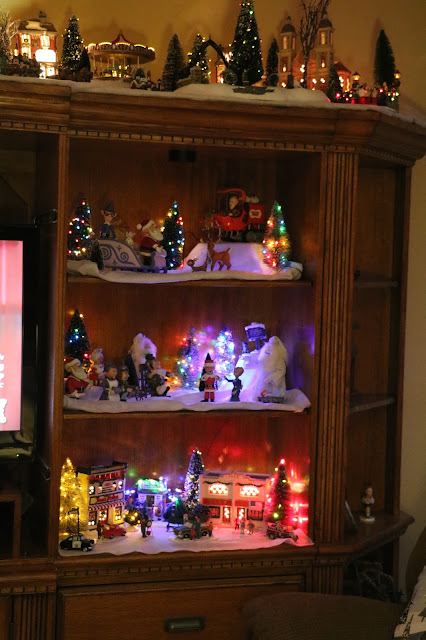 My Rankin Bass figurine collection is front and center on the entertainment center as well. I love these pieces and am really grateful to Hugh for picking up the first pieces at the local grocery store years ago; they are really hard to find these days so it's a good thing my collection is complete.

And, that pretty much does it for the home tour.

I can't believe that tomorrow is already Christmas Eve, you know what that means, right? Only another week before I have to take all this stuff down. Next year, I'm totally paring down on the decorations.