Every year I tell myself that I am not going to go all out with the Christmas decorations, and, every year, I fail miserably at keeping that vow. This year was no exception. I did shake things up a bit on the porch, however, partly because I wanted to keep things fresh and partly because I am lazy. The biggest change was the omission of the Christmas tree that I usually center in the largest section of the porch; the tree was Hugh and my original indoor tree twenty-some-odd years ago and it is really starting to show its; age, so, instead of using it, I piled packages on the table and called it good. 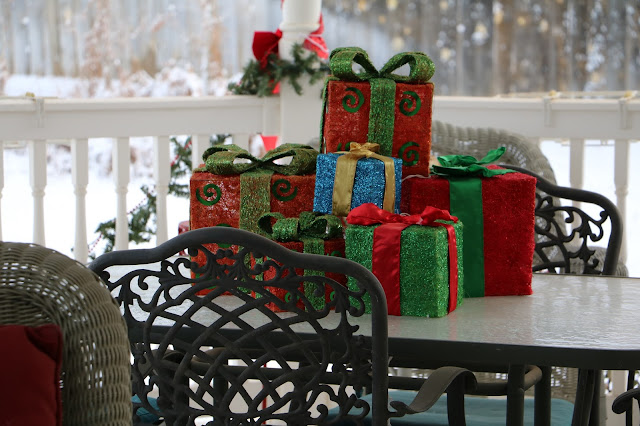 Another change to the porch was the addition of the kids' old True Value Radio Flyer wagon; it has been quietly rusting away in the back yard for years now and I decided that it was worth salvaging. I imagine I will use it on the porch for other seasons as well. 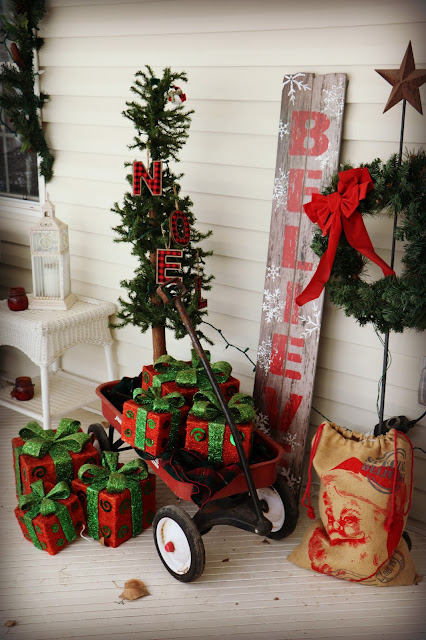 This year I also decided to change out the deco-mesh garland that usually frames the door and window with a mixed pine garland, which I ended up liking quite a bit (tomorrow, you'll see the deco mesh garland repurposed on the staircase in the house); it pairs nicely with the fresh greenery that I always use on the table, and, this year, on the old steamer trunk that I picked up at a barn sale earlier in the year. 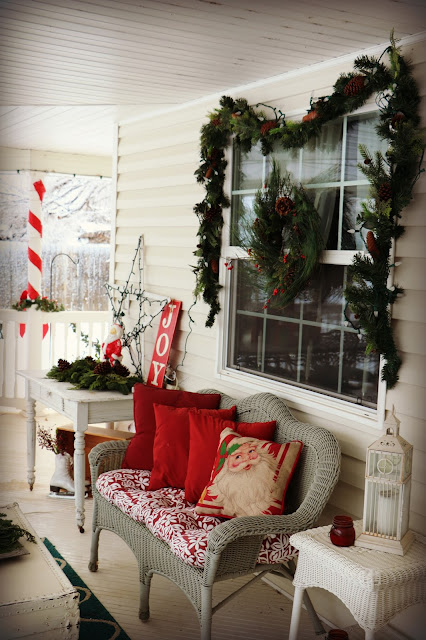 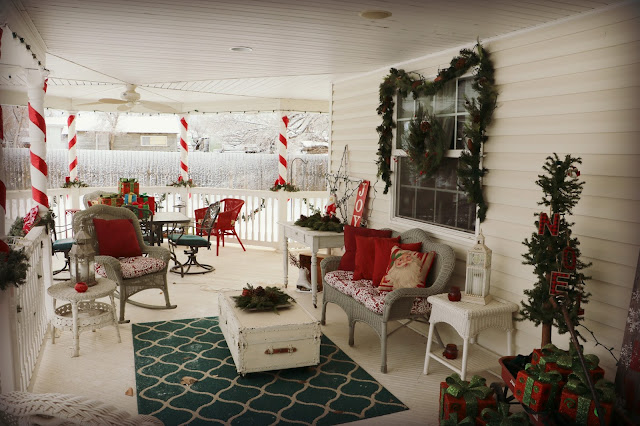 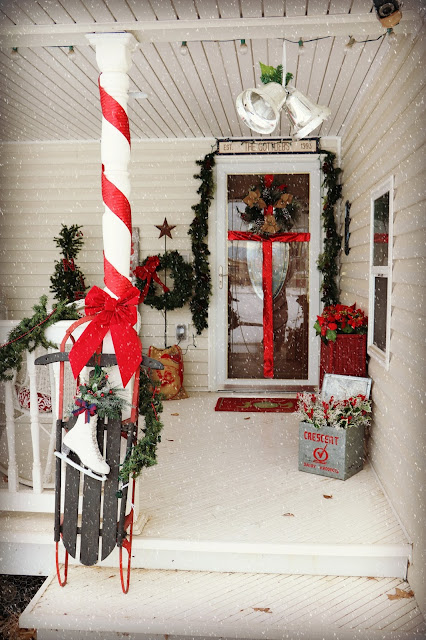 Another purchase I made this year was an old milk delivery box; it was a perfect receptacle for more faux greenery and bunches of holly. I especially love this piece because it reminds me of growing up in Mayberry, where we had a milkman and a similar delivery box (why, yes, I am old; thank you for noticing). 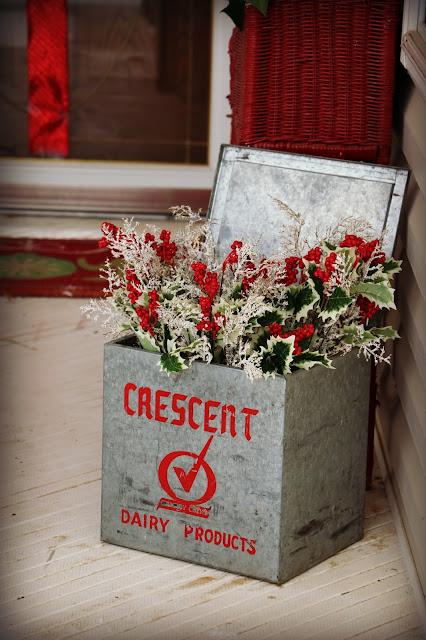 And, speaking of old things, I used this old milk can to hold even more seasonal greenery (it was on sale at JoAnn's and I had a coupon! Look at me being all thrifty and shit!). I am thisclose to admitting that I have a slight antique hoarding issue, but, don't schedule an appointment with a therapist just yet; I'm not ready to admit that I need help. 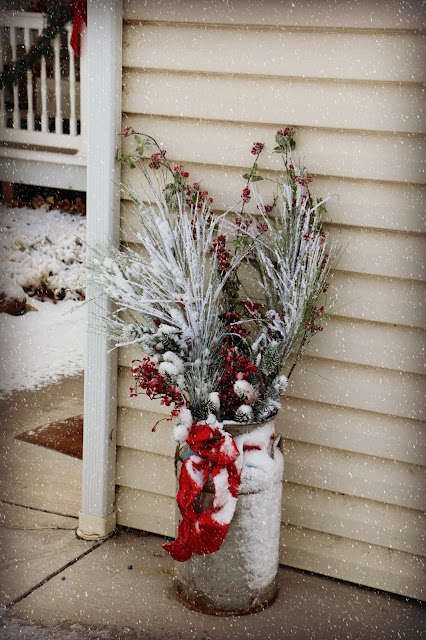 My vintage blow-mold Santa was a gift from my sister, Barbie, on my birthday two years ago; it is dated 1968, which happens to be the year I was born, making it 48, now. So, again, old shit: LOVE IT. 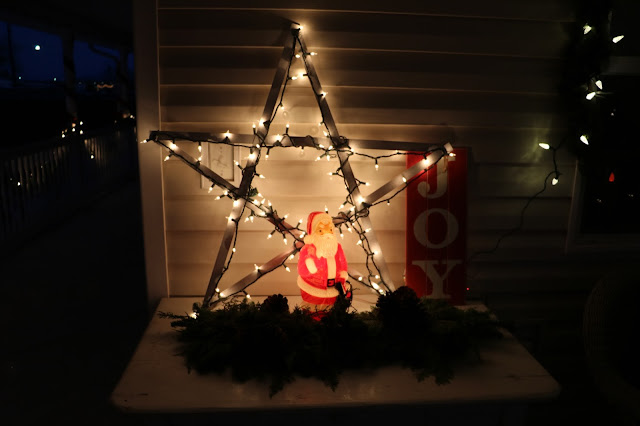 I've been told that the porch during the daytime looks like a winter wonderland (I think it's the ribbon candy-striping that I did on the columns this year). 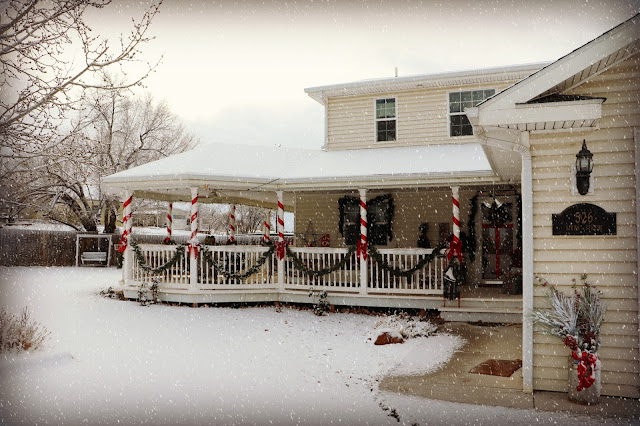 But, the porch at night is my favorite. The lights are so warm and welcoming, and, if I had portable heaters out there, I would probably host winter porch nights. 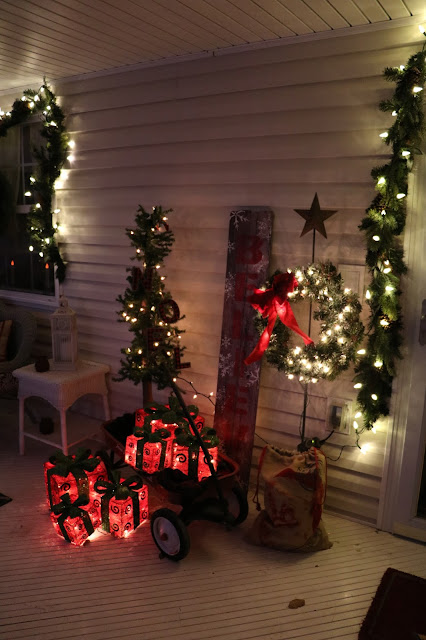 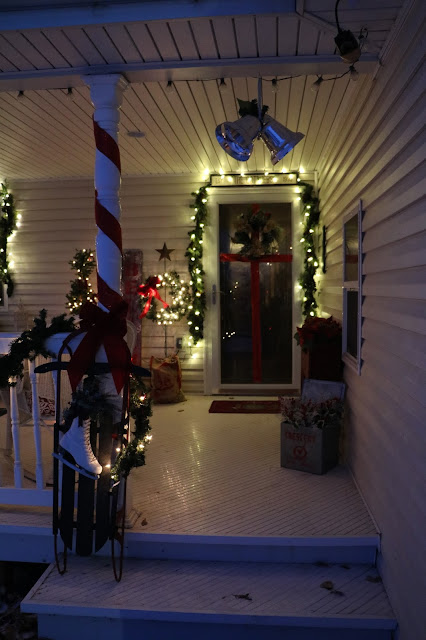 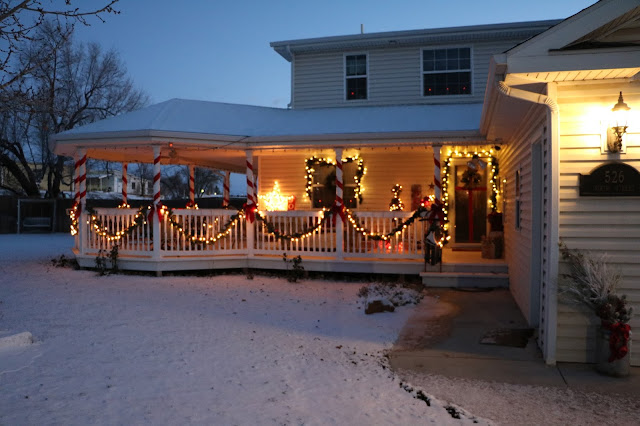 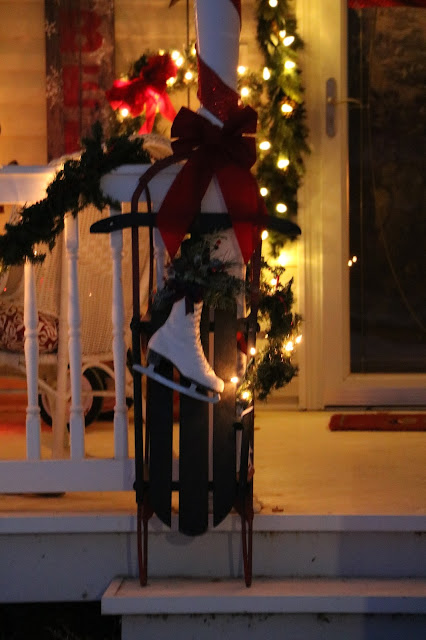 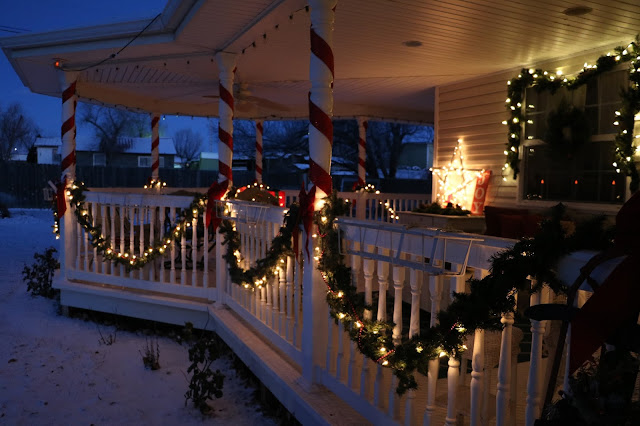 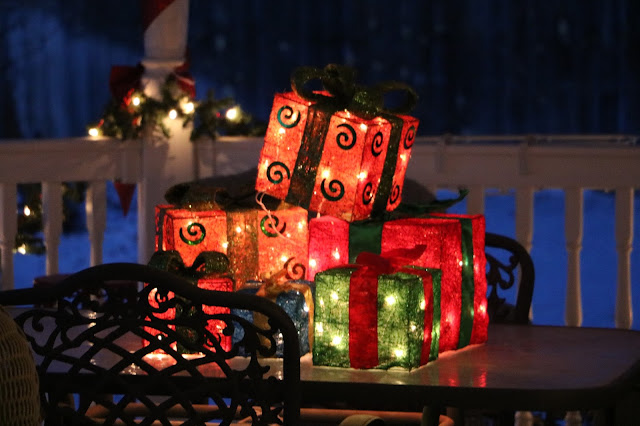 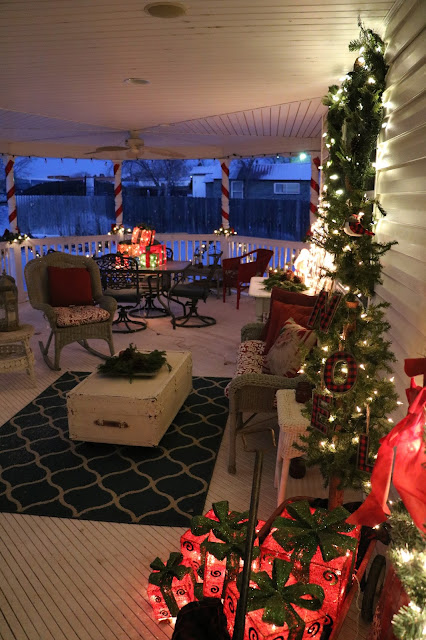 So, that is it for the porch decorations this year. Tune in tomorrow when we tour the inside of the house, where, in the words of the Man-Cub, "Christmas threw up all over the place". Sounds inviting, no?
Posted by Chelle at 9:45 AM