This is the end! Well, almost; it's the last full day that we had on the island. Close enough, amiright? I'm right.

Day Seven was the most relaxing day of our trip. I planned it that way; I wanted to recharge my energy battery prior to the two-day-journey back to Colorado.

We started off by sleeping in, and, can I just say? Prior to the trip, I was so sleep-deprived, I'm actually surprised I recognized the inside of my own eyelids. Having the opportunity to catch up on my sleep while on the island was almost as delicious as the margherita pizza that I've mentioned now twice (three times!) in these posts (Damn, that was some mighty fine pizza), and, one of the best memories that I took with me.

Note to self: Sleep, for the love of God, woman, sleep!

When we eventually roused ourselves from our slumber, we lazed around on the balcony, drank some Kona coffee, munched on the last of our fresh pineapple, and generally enjoyed the tropical breeze.

I had booked a massage and facial package at the spa (I told you I planned nothing but relaxation that day), so, while the rest of the family decided what they wanted to do, I walked to my appointment, taking a few minutes to stop in at Soha Living, a little shop that I had had my eye on since we arrived at the resort. 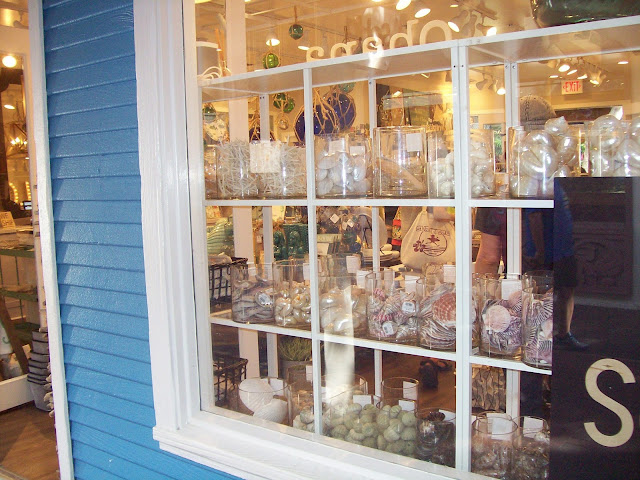 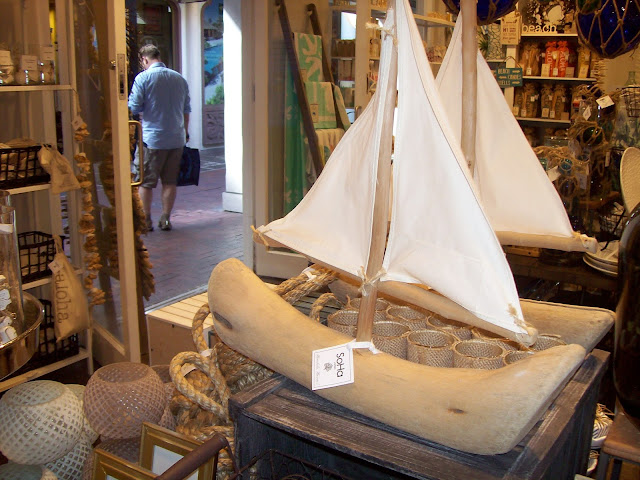 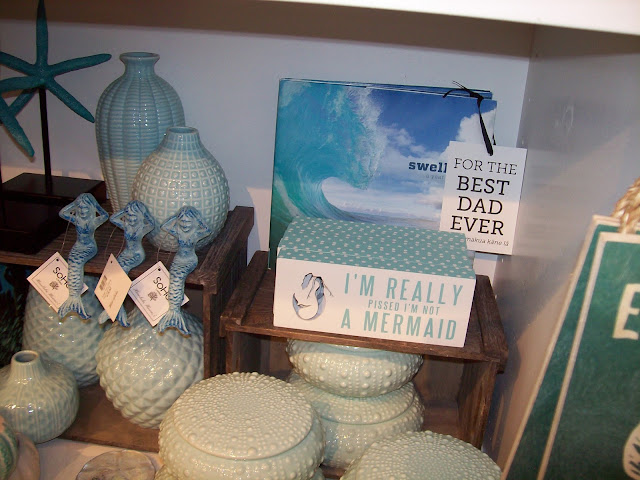 I purchased several cute beach-themed items with which to decorate the Man-Cub's bathroom once he abandons it for school. The theme of that particular bathroom has evolved several times since the kids were small, but this will be the first time that it has had a beach theme.

Once I had the items purchased and had arranged to have them shipped back to Colorado, I continued on my way to Mandara Spa, where I was given a white, fluffy robe, a pair of comfy slippers, and a cup of fruit-infused ice water before being shown to the women's private meditation space to relax in a lounge chair, closing my eyes and breathing in the scent of essential oils and tropical air mingled with the spicy aroma of several gracefully arranged flower baskets.

I was dangerously close to slipping into a drooling coma when the masseuse came to fetch me for the first two treatments in my package-a 30 minute back and shoulder massage followed by a 30 minute foot massage.

An hour later, I was so completely relaxed, I felt practically boneless. But, I managed to make it to the overstuffed chair in yet another relaxation room, where I was offered a cup of herbal tea and encouraged to put my feet up for a bit before the estetician came to fetch me for my facial.

The facial was gentle yet thorough, and, after being at the spa for just under two hours, I left glowing, relaxed, and energized. Best money I spent all vacation, folks.

On my way out of the tower that houses Mandara Spa, I grabbed an iced cinnamon dolce latte from Starbucks, capping off the perfect morning.

When I got back to our suite, the rest of mi familia was up and determined to spend a full day at the beach, so, Mom rented an umbrella and two chaise lounge chairs, we spread some towels, lubed up with sunscreen, and proceeded to do just that. Hugh and the kids alternated between swimming, snorkeling, napping, and sunning themselves while Mom and I observed from our chairs, sipping Orange Julius drinks from the nearby Dairy Queen and perfecting our tans (Lightly toasted, never burnt).

It was an amazing day. 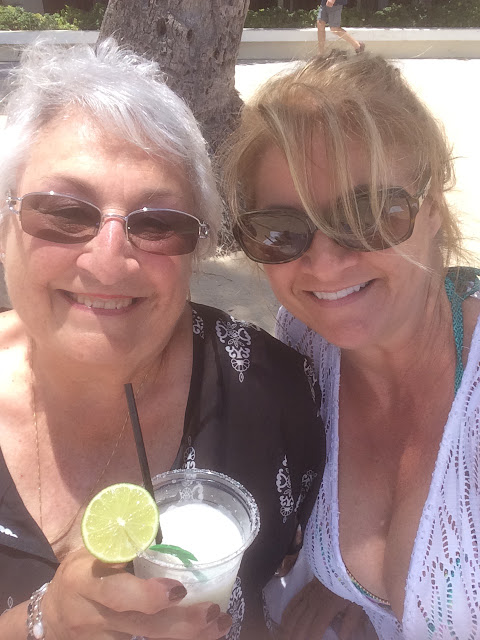 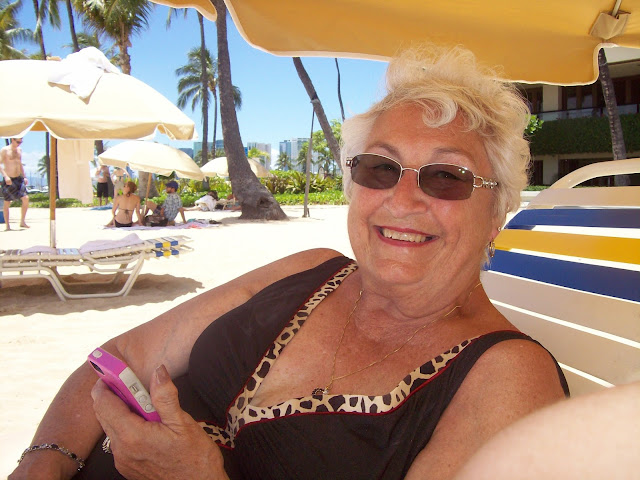 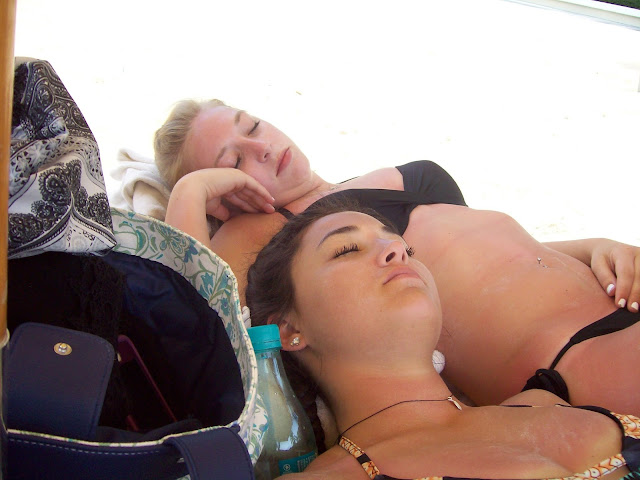 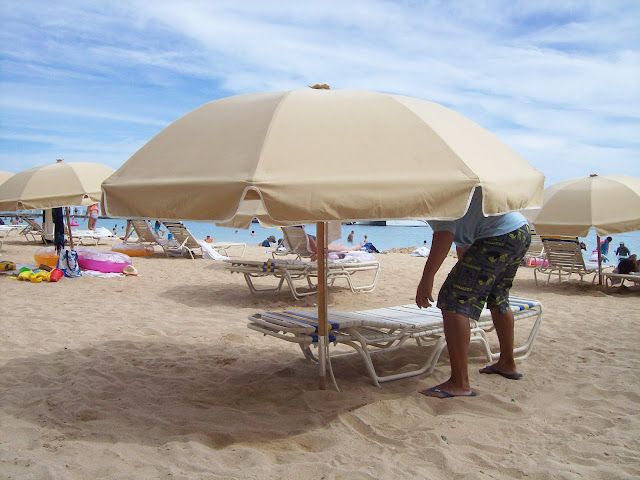 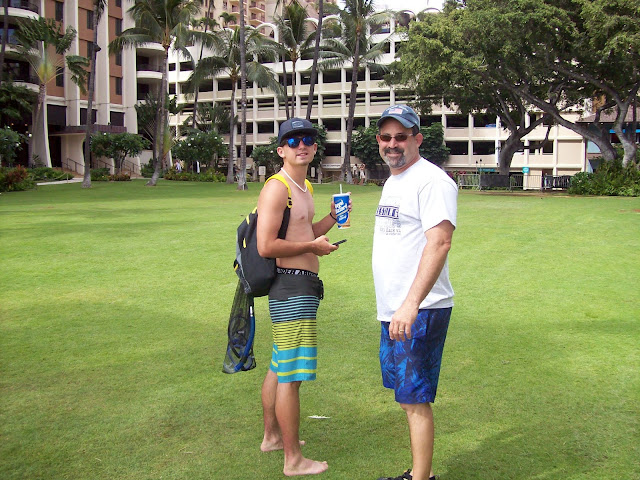 Later, while everyone else was showering off the sand and sea salt, Hugh and I took an hour to explore the rest of the shops on the resort, grabbing souvenirs for people back home and admiring items in the higher end stores. It was during this time that I succumbed to the siren call of the oyster sellers, and, I'm not sorry; I found an amazingly large white pearl in my oyster. Then, because Hugh and I were suckered into spending a pretty penny on setting the pearl into a white gold bracelet, the sales clerk offered us a second oyster, free, In that oyster, I discovered an equally large blue pearl, which, according to the sales clerk, is rare enough to hold a value that surpassed that of the bracelet that I had just purchased. So, I had that set in a simple pendant and I now own three times more pearls than I owned before.

Note to self: No visiting pearl huts when we return to Oahu in August. I'm serious.

That evening, we made our way to the Wailana Coffee House, where we stuffed ourselves to the gills with stir-fry (me and Mom), a local dish called loco moco (Hugh), shrimp scampi (the Man-Cub), and hamburgers (the girls). The diner is a local favorite and had also been recommended to me by a friend from my woman's club, who had visited the island a few weeks prior to our trip. The food was good, but, it was the location that sold Mom on the diner; it has been the location for several scenes in the current reboot of Hawaii 5-0, starring the handsome Alex O'Laughlin, upon whom Mom has a wicked crush. Sadly, we didn't run into Steve Garrett (as Mom insists on referring to him), but, we certainly weren't disappointed in the food. 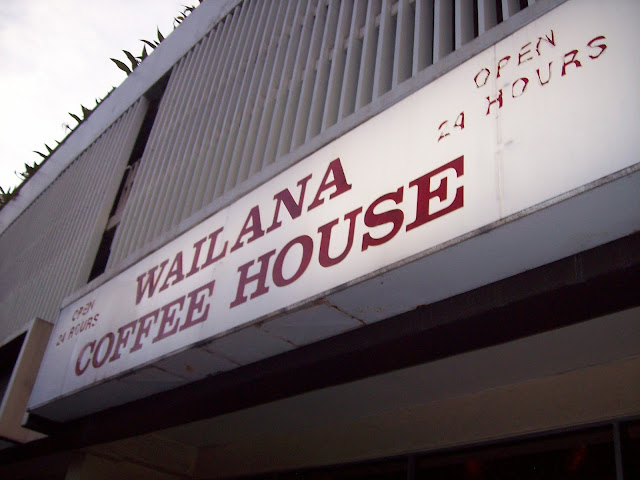 Upon leaving the restaurant, we seized the opportunity for one final night time walk on the beach and then turned in for a good night's sleep.

End of a perfect day, y'all.

And, almost the end of these recaps, I promise.
Posted by Chelle at 4:21 PM