The morning of day two saw us back on the balcony, enjoying a breakfast that included fresh pineapple purchased at the local market the day before. The pineapple on this trip? Off the hook! I credit it (and the fresh papaya) with my ability to actually take a poop while on vacation, something that I generally find difficult, if not impossible, to achieve.

But, you don't want to hear about that (except for my sister, who can totally relate to vacation constipation, and, whom I texted immediately to crow about my success; she wants to hear allll about it, I'm sure).

After breakfast, we jumped on the Pink Line trolley for a jaunt into downtown Waikiki, where I was super excited to relive our 1987 trip to The International Marketplace, which I still remembered as being a mecca for Hawaiian culture, with a dash of touristy shopping thrown in.

The old Marketplace featured an open-air concept with stall upon stall of local artisians, craftsmen's wares, and tacky kitsch. You were not only expected to haggle with the sellers, it was encouraged. The Marketplace, in 1987, was one of the most memorable parts of our trip.

It's a high-end mall.

There is no Hawaiian culture in Burberry or Saks, but, what used to look like this... 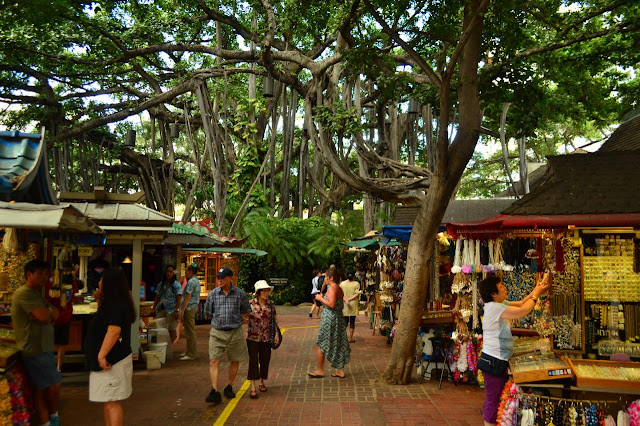 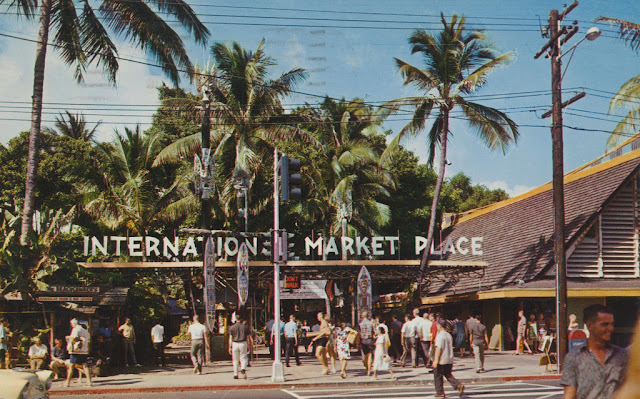 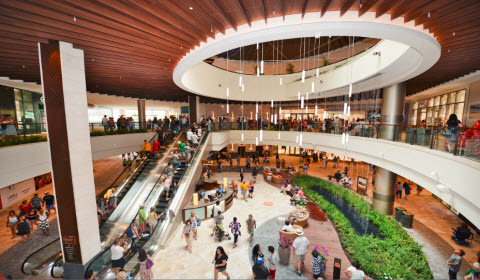 Mom and I were just sick.

So, rather than getting to purchase souvenirs from The Marketplace, we took a nice long walk down Waikiki Beach. 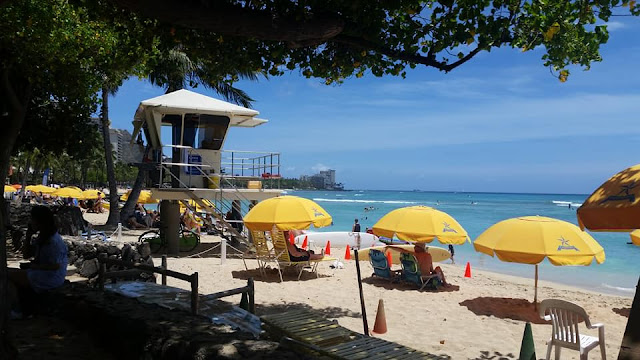 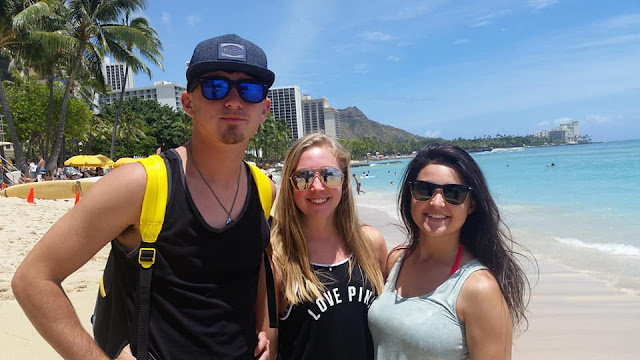 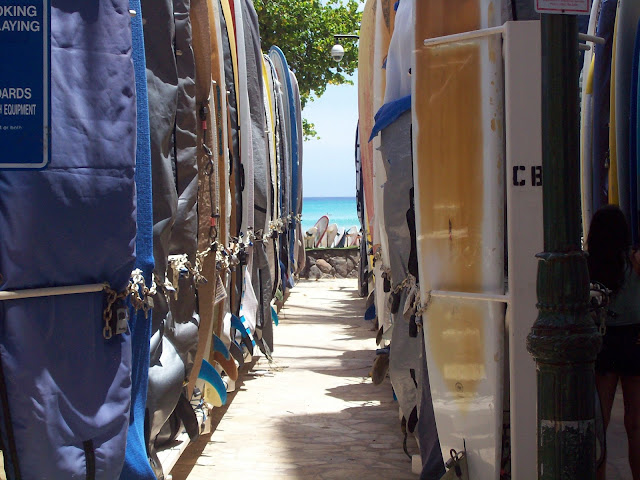 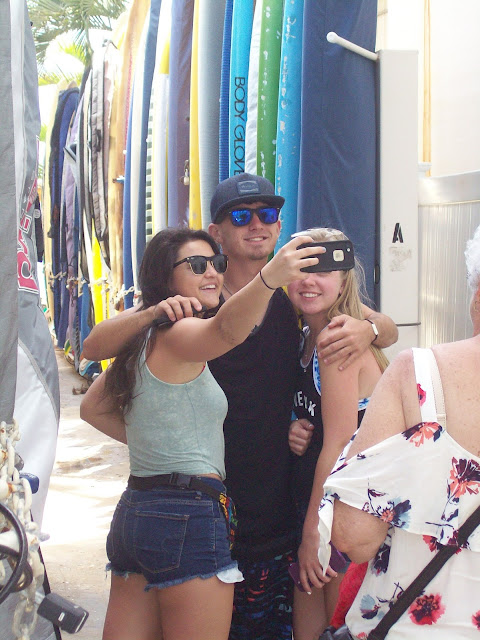 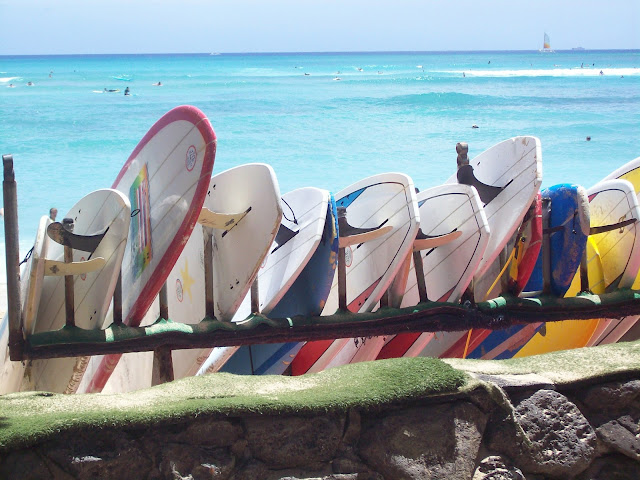 We also stopped for a shaved ice at a stand that the girls had visited when they were on the island last year; everyone got a different flavor and no one was disappointed (still looking at you International Marketplace). 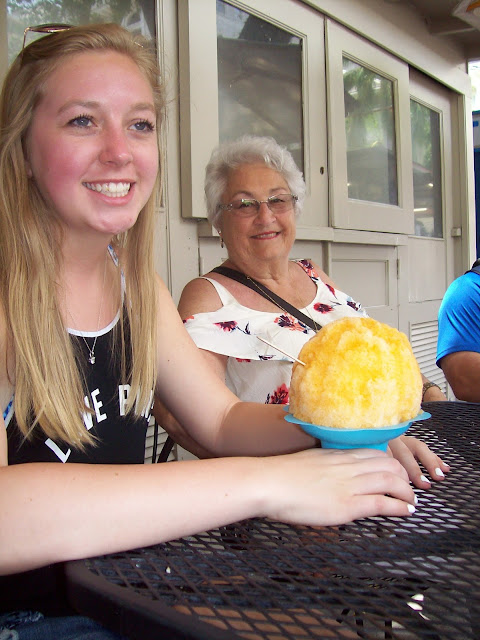 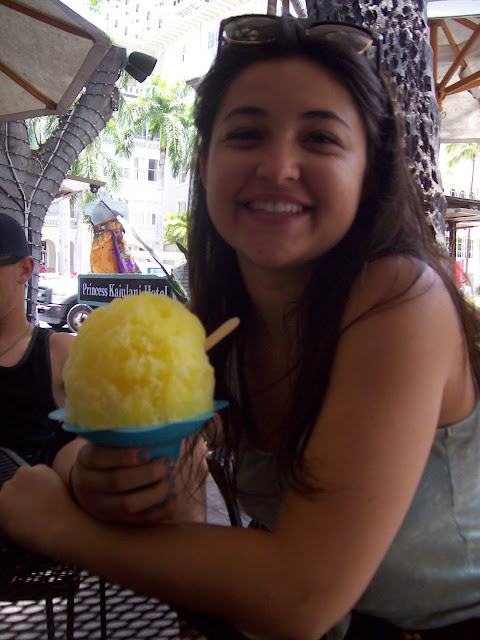 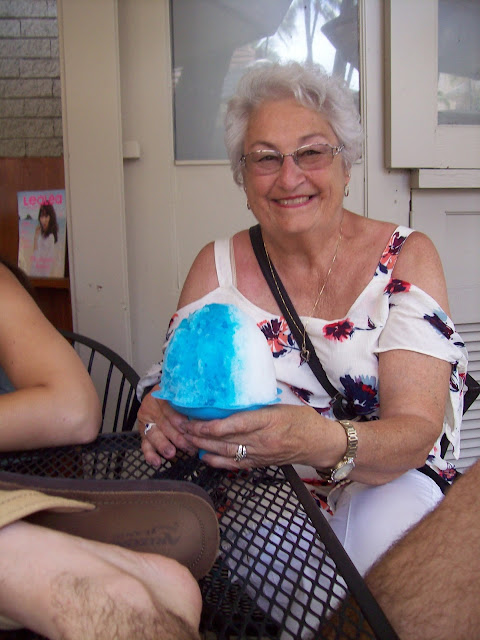 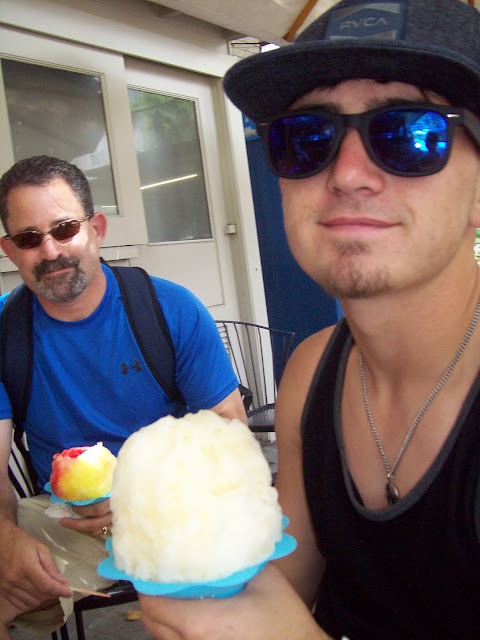 We also poked our heads into several shops, hoping to find the perfect gifts to take to folks back home; in some cases we were successful. 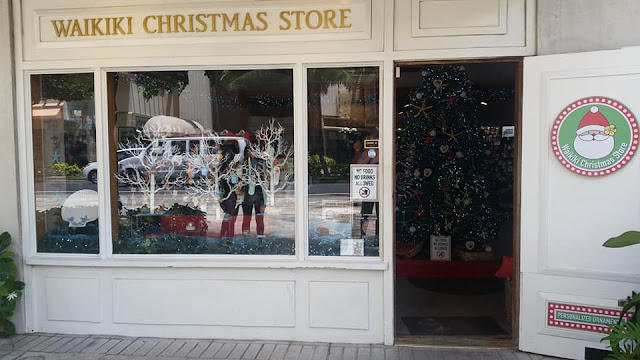 Hawaiian Christmas ornaments for the win!

I also really wanted to take this home, but, the Man-Cub disagreed. 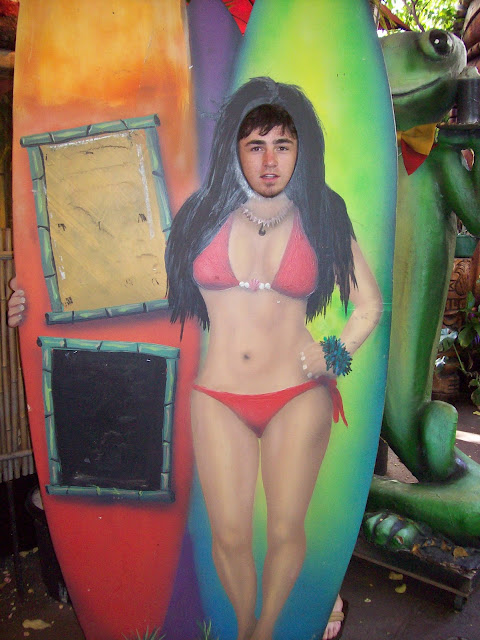 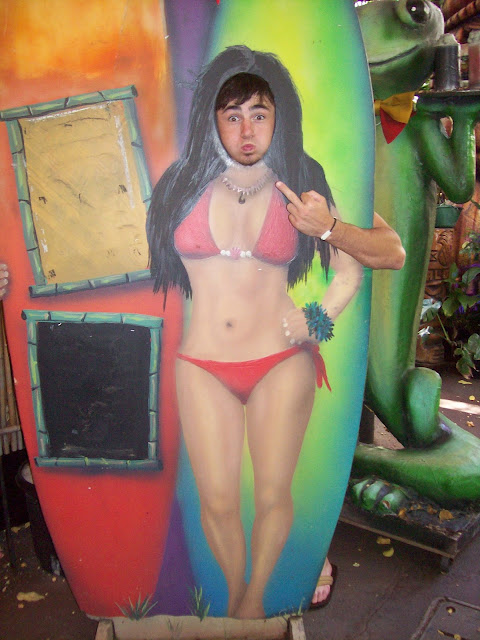 Naturally, I wanted to take this giant tiki home, but, since overweight luggage cost an additional $75, Hugh vetoed that idea. Sigh. 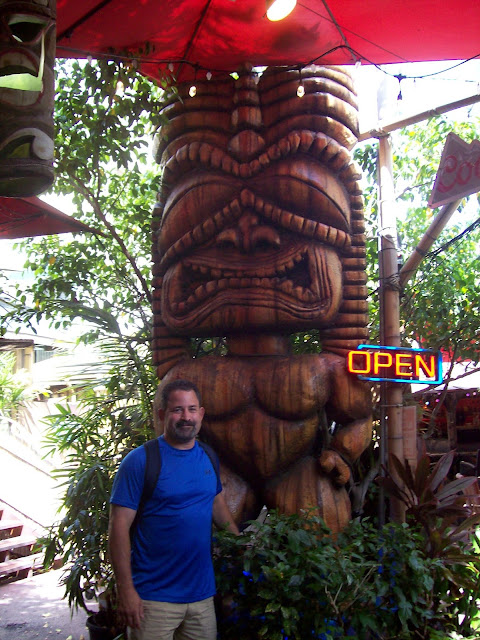 After wandering Waikiki for a while longer, we again boarded the trolley and returned to the hotel to relax on the beach.

Later that evening, we discovered the most amazing pizza on the island (I mentioned that back in my Friday Favorites post), which, salvaged the day from the disappointment of The International Marketplace becoming a run-of-the-mill strip mall.

Tune in tomorrow for Day Three, when I tell you all about touring Hawaii Pacific University and why I'm no longer completely panicked about the Man-Cub eventually living there.
Posted by Chelle at 10:35 AM