On our third day in Hawaii, Hugh, the Man-Cub, and I got up early to catch a taxi to the downtown campus of HPU. We were scheduled for an 8:30 orientation followed by a tour of two-of the three- campuses, and, we didn't know exactly how long it would take us to get to the school, so, we erred on the side of caution and left early.

The taxi ride took about ten minutes, with traffic, which meant that we were pretty early for the orientation, giving us a little time to poke around on our own, which, is how I discovered the Hooters on campus.

It was the first of many signs that point to the Man-Cub having made the absolute perfect choice of schools for himself.

The orientation was really more of an informational presentation, similar to the one that we attended in Denver back in April, but, we were able to chat with the Dean of Admissions again, and, he offered to take us for a cup of coffee after the tours if we had any additional questions, which I thought was nice, but, ultimately unnecessary as the tour guide, Matt, answered every question that we came up with throughout the day.

The first stop on the tour was the downtown campus, which is located between piers on the dock. How cool is that? This campus houses several larger classrooms as well as a student union-type great room (anyone else old enough to remember student union buildings? No? Just me then? O-kayyy) that the kids can utilize for studying, eating, etc. It also contains all of the student housing for the downtown area and a lanai that overlooks the ocean; students can use it for grilling whether they reside in the apartments or not, and, the grills are provided. 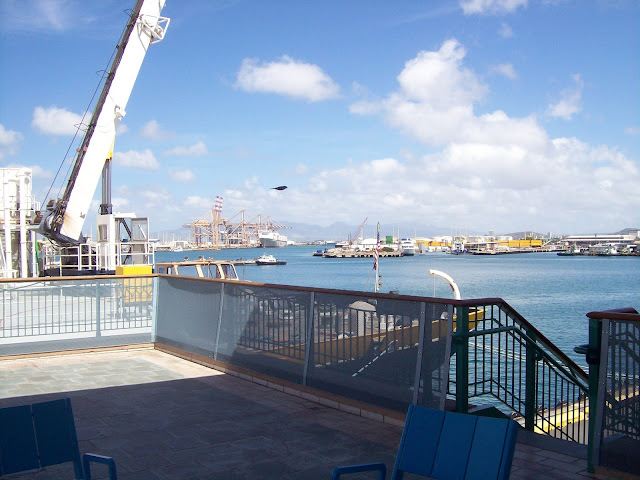 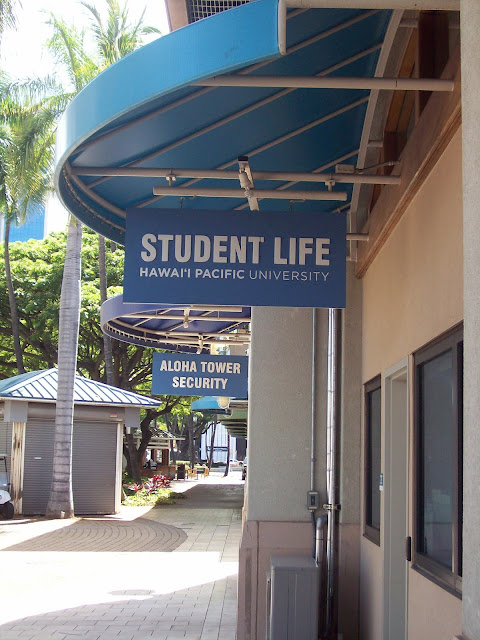 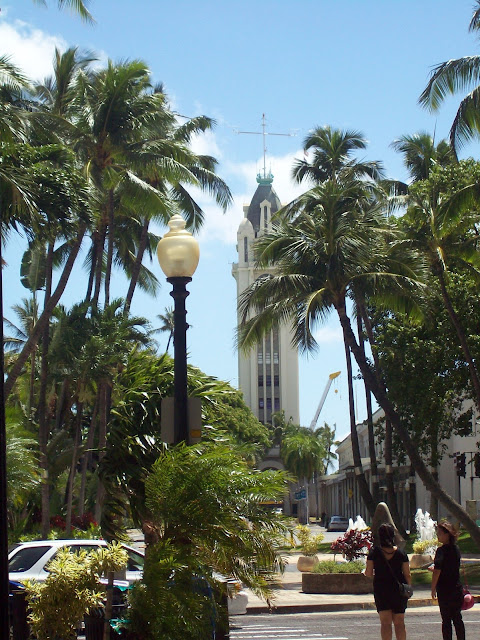 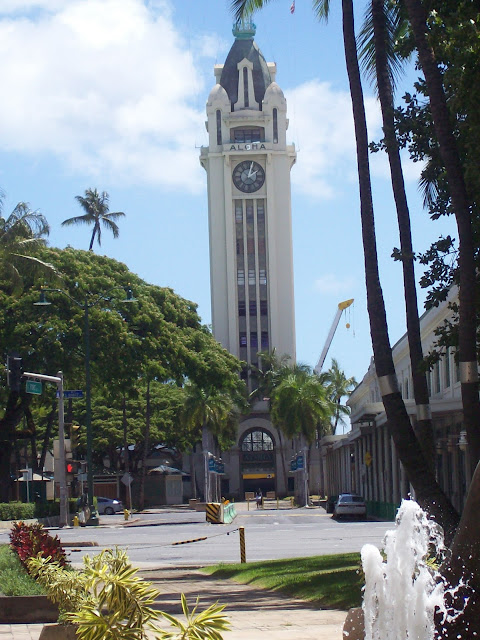 Once we were finished touring the downtown campus, we boarded the school shuttle for the ten minute ride to the Hawaii Loa campus, which is where the Man-Cub will be living. The housing there is freshman-only, and, we felt that it would be a better place for the Cub to acclimate to the college.

The campus is located in the rain forest, which, is a complete change of scenery from the downtown campus; it's really like two different worlds and the Man-Cub will get to transverse both. Pretty cool, if you ask him. 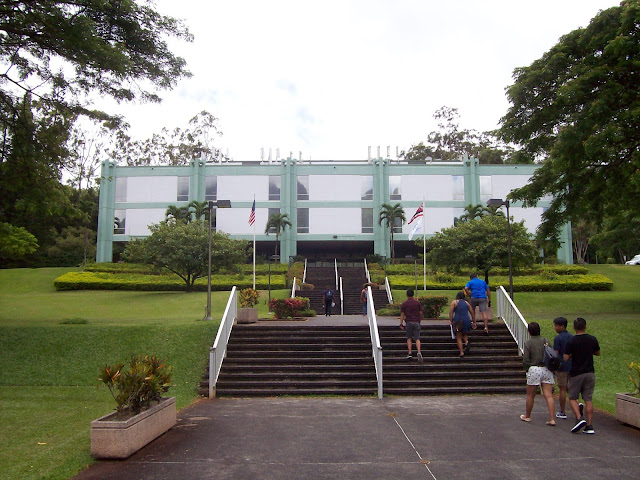 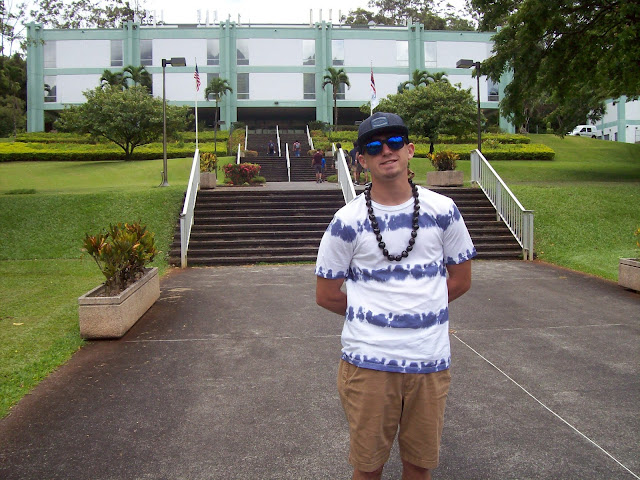 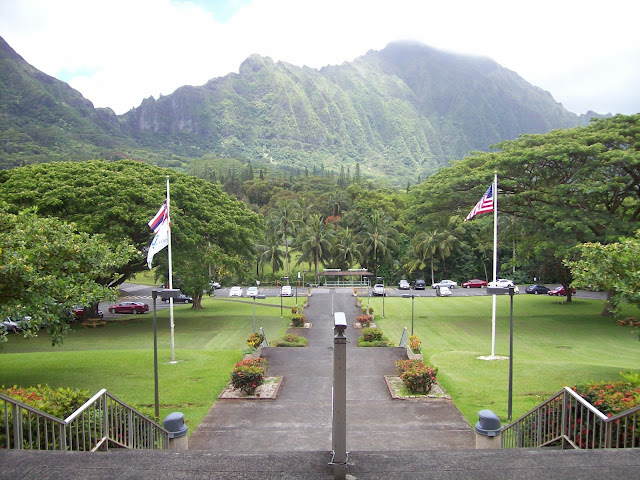 While we were there, a rain shower poured down for about three minutes before clearing, leaving behind humidity that would have curled my hair, if I had even one iota of natural curl. And then, in just a matter of moments, it dissipated, burned off my the heat of the shining sun. In a lot of ways, it reminded me of Colorado; don't like the weather? Give it five minutes and it will change.

The Cub was thoroughly enchanted by the campus. We were a bit bummed that we wouldn't have a chance to check out the third HPU campus, located at the Oceanic Institute, but, we did get to drive around it later in our trip, when we rented a car for a drive to the North Shore. That campus will be the Cub's main classroom starting his sophomore year, and he can hardly wait.

Following our tour, we returned to the downtown campus to buy HPU apparel in the bookstore before heading back to the hotel, where the rest of the family was waiting to go to Benihana's for dinner.

Ah, Benihana, so expensive! But, I guess we were paying for both dinner and a show, so, I won't complain too much. 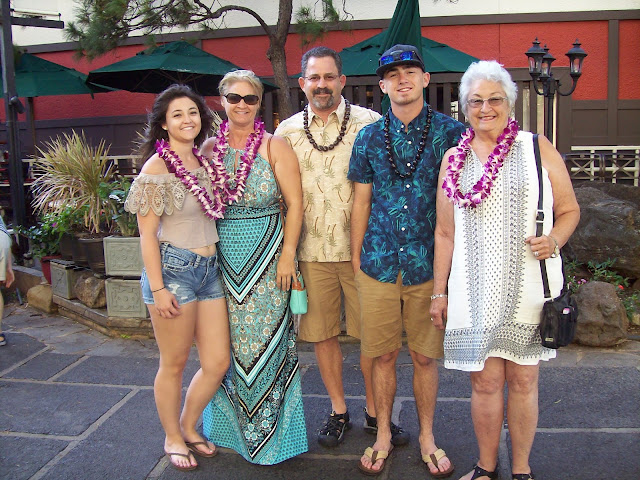 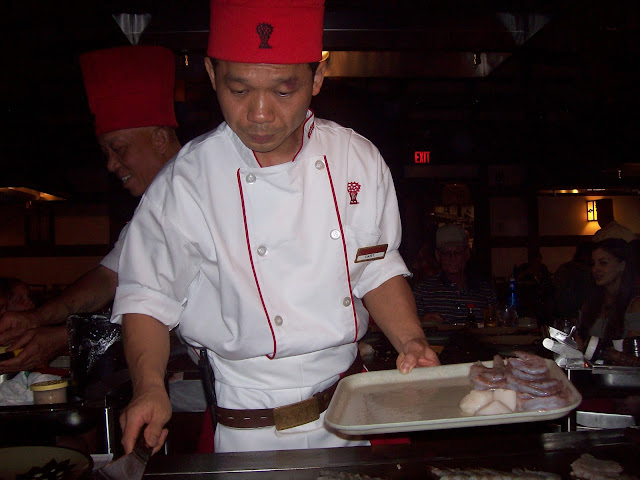 After dinner, we walked along the beach; the fireworks that are held each Friday at the resort had been cancelled due to technical issues, which, was a bit of a bummer, but, they were rescheduled for later during our stay, so, no worries. The kids didn't seem to miss them that evening, they played in the sand and on the grassy area until they were tired, at which point we all settled into the suite to watch a movie (one of the perks of staying on the owner's side of the resort was unlimited use of DVDs). 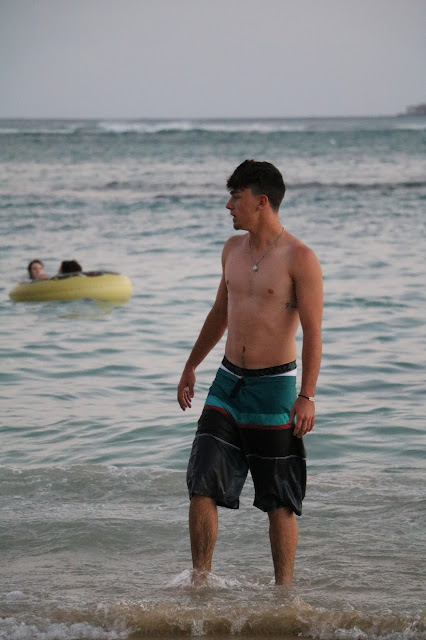 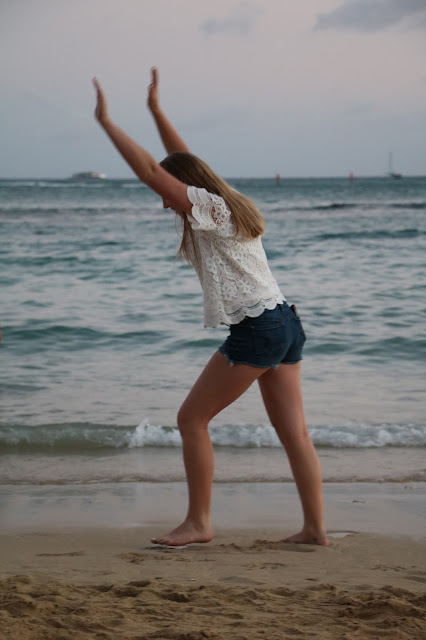 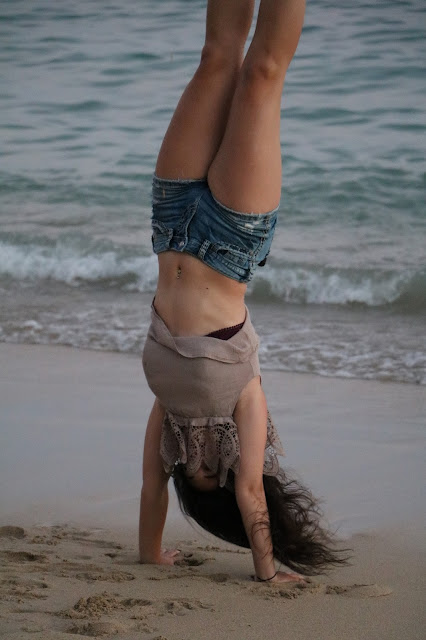 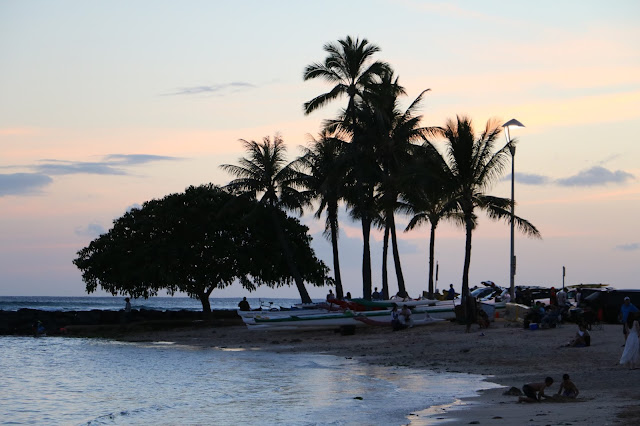 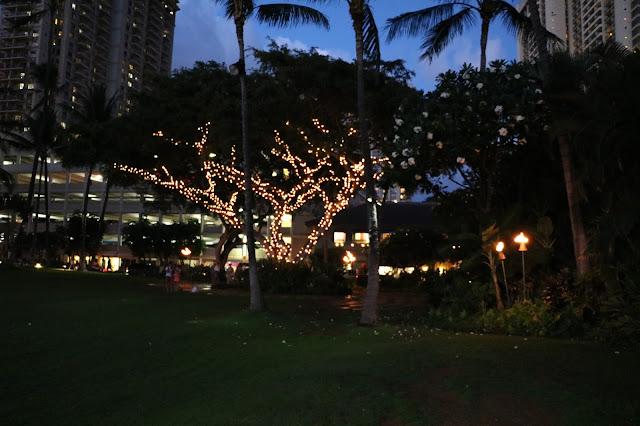 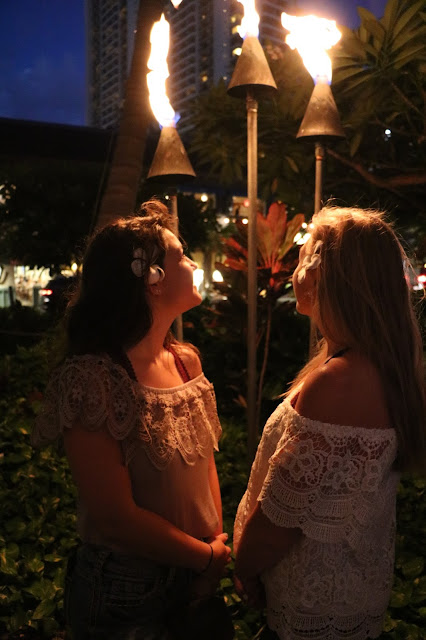 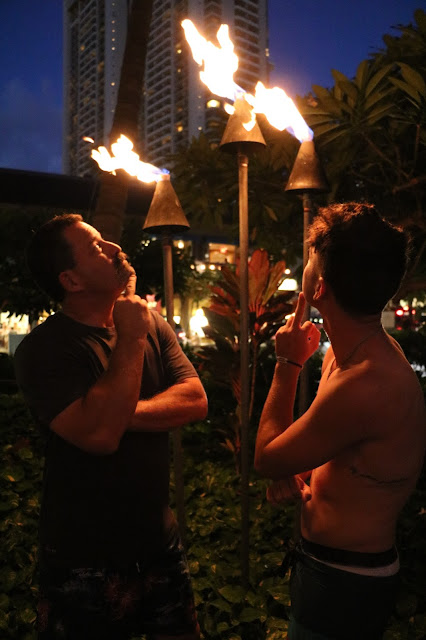 In all, it was a good day. I really felt like the Man-Cub was enthusiastic about the school. He fit in with the vibe, if that makes sense.

Anyway, today is my first day back at work, so I should cut this short. I would much rather be in Hawaii than headed into the office, in case anyone was wondering.
Posted by Chelle at 7:11 AM