Once on This Island: Spring Luncheon 2018

It's hard to believe that I hadn't hosted a luncheon table in four years; that shit came back to me just like riding a bike (which, reminds me; I need to bust Lulu out of retirement and take her for a spin around Petticoat Junction...and, I digress).

As I mentioned in Friday's post, Mom and I got the table set up in record time; all I had to do yesterday morning was fill a carafe with creamer, throw some ice in the water glasses, and fill the water pitcher and the table was complete. That gave me plenty of time to visit with Queen B, Jana, and Emily, who, along with Mom, were guests at my table. 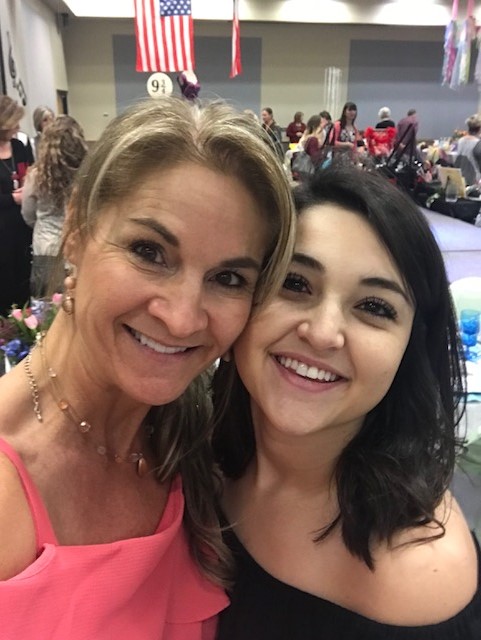 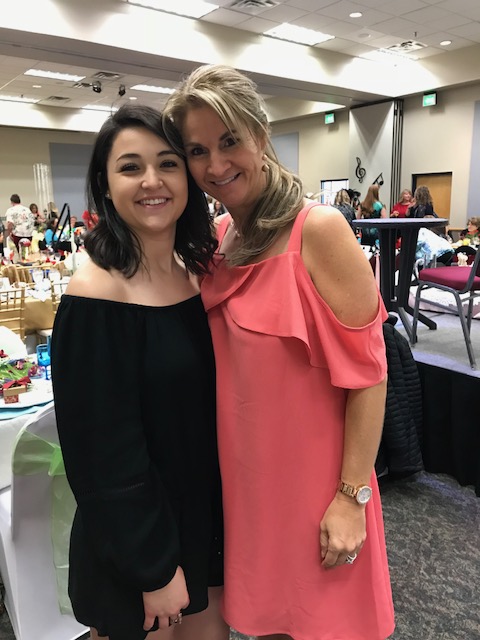 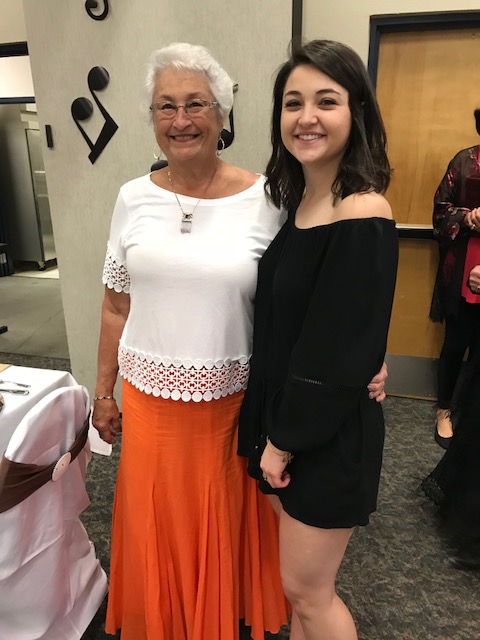 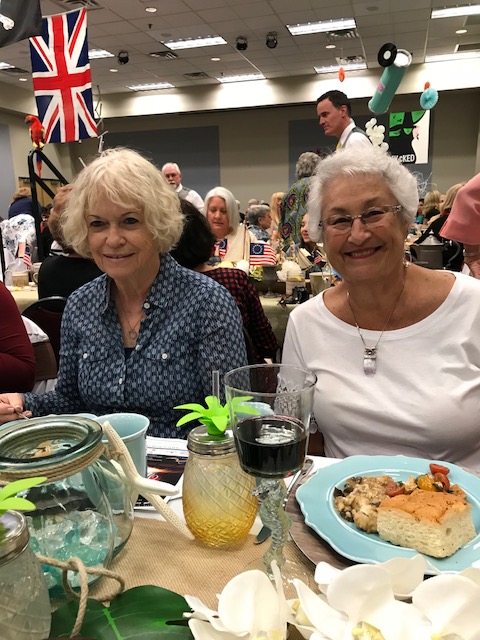 It also gave me a chance to get to know the additional guests, who had purchased tickets from club members, one of whom is a candidate for city council, and; was quite interested in Day Job and what I do there.

The luncheon itself went well. It was, as always, a sell-out event, with 23 fully decorated tables with themes ranging from Easter Parade to The Wizard of Oz (in both iterations: Classic Oz and Wicked). The menu consisted of chicken Marsala, Caprese salad, and focaccia, with a carrot cake dessert course, all of which were delicious. 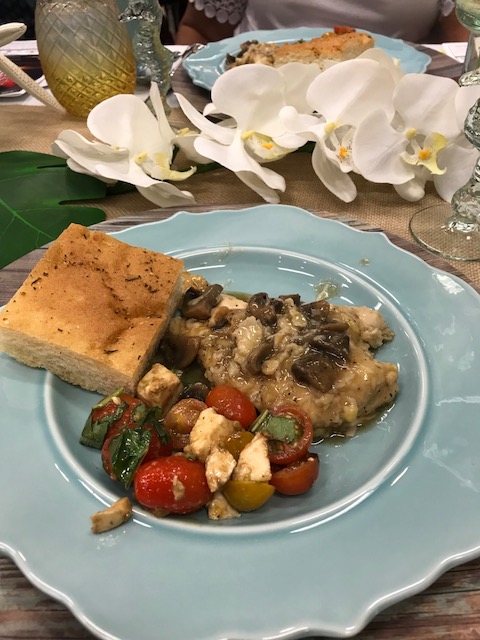 The entertainment for the day consisted of the usual fashion show (not the greatest, due to the exclusive use of show tunes for the runway music) as well as several Broadway numbers performed by cast members of the local community theater (some better than others, but mostly enjoyable).

There was also a live auction, at which Jana was the winning bidder on a golf package. Because she is just that awesome. 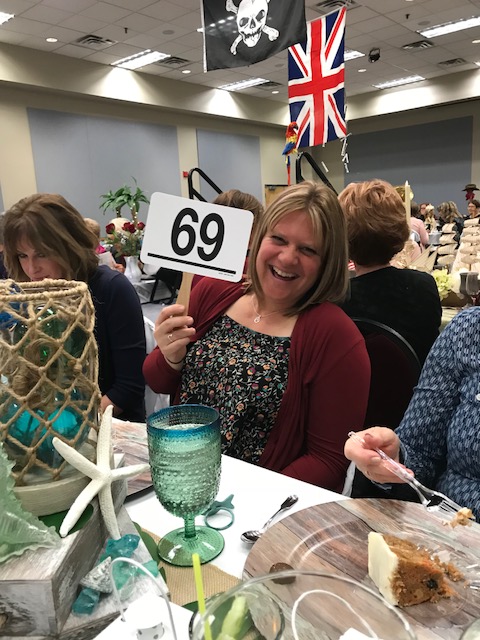 The only minor bummer of the day was the early discovery that my party favors had been confiscated from my table sometime Friday night; apparently, the event center's liquor license prohibits guests from bringing in their own alcohol, whether it is going to be consumed on site or not. 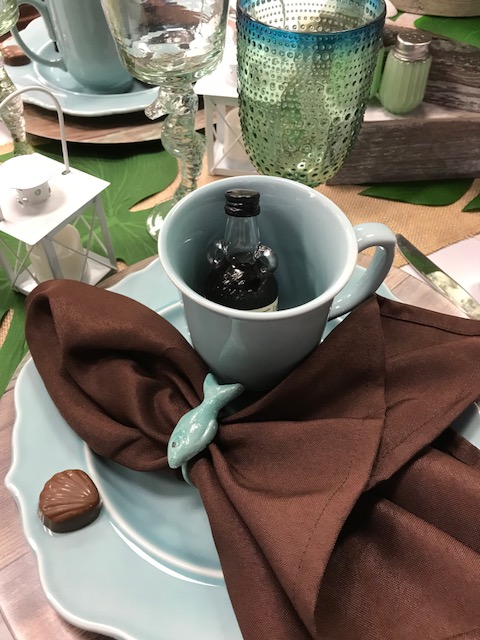 Prior to the confiscation... 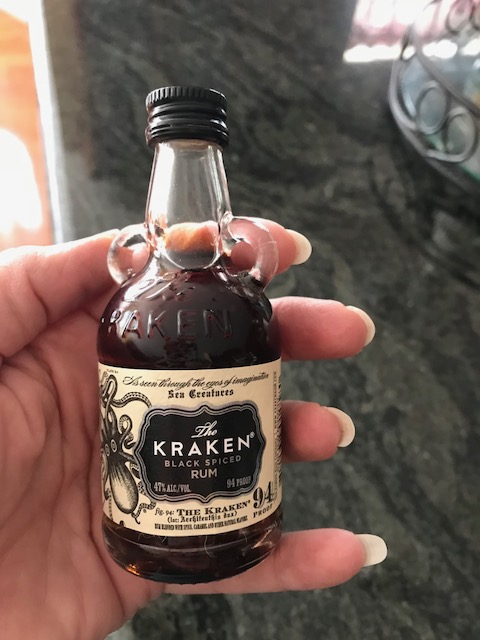 I did get them back after the event, which gave me time to get them to my guests, but, still. Major buzzkill.

All in all, it was a fun day. I got to see people I haven't seen in a long while, I spent quality time with my guests, and I got to use the awesome wine glasses that Hugh swore I was wasting money on because they would simply languish in my china hutch.

Ha! Wrong! In fact, they may (or, may not) make a repeat appearance at next year's luncheon. You know, dependent on my ability to come up with an appropriate table theme, given that the vote taken yesterday resulted in next year's overall luncheon theme being Greatest Hits.

Not quite sure where seahorses fit into that concept, but, stay tuned! 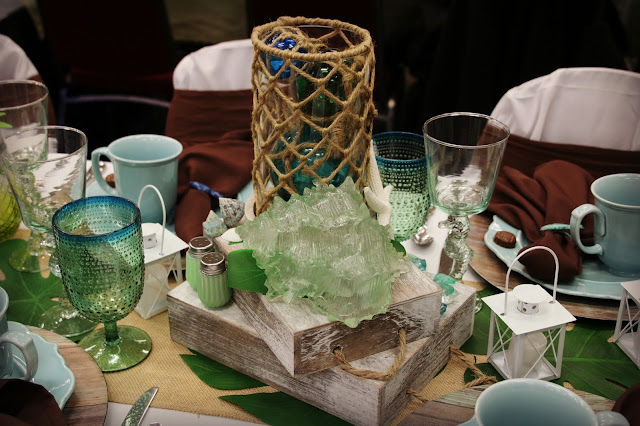 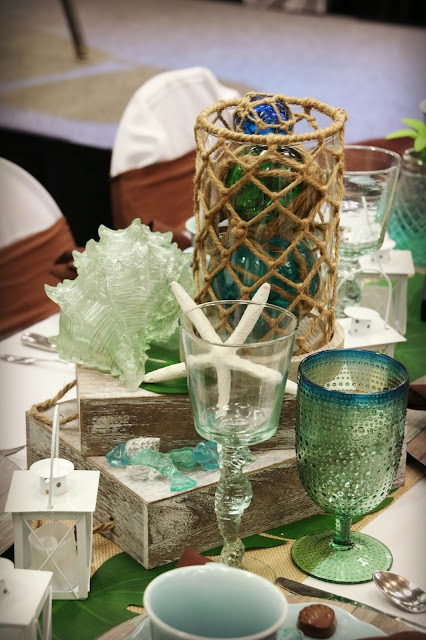 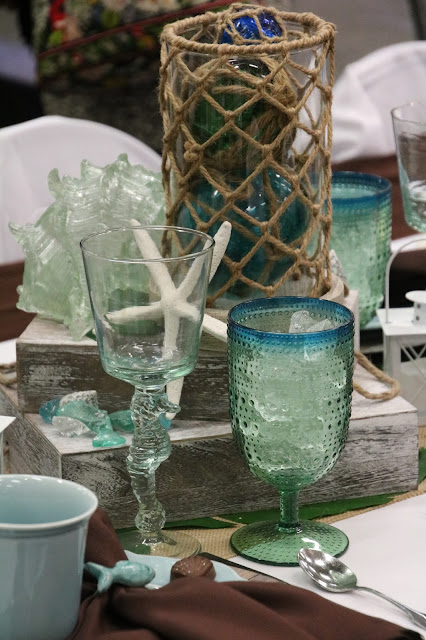 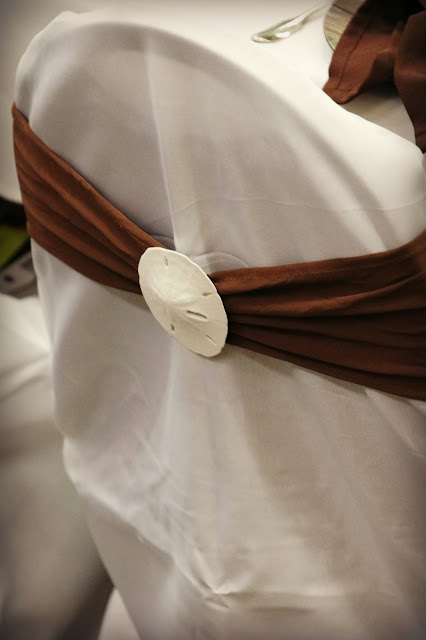 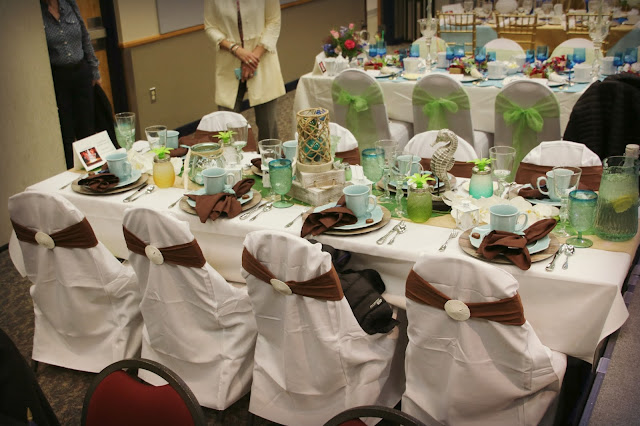 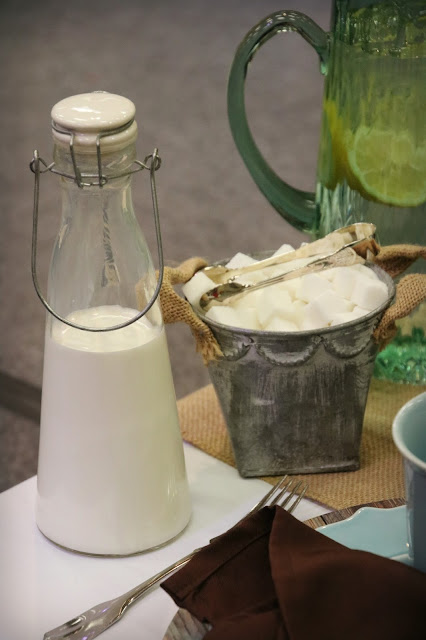