Queen B has been diligently working on her start-up business project for her merchandising class, and, Hugh and I were called in to provide support services; Hugh to help with construction, and me to document her efforts.

So far, her biggest project is a picnic table and chairs that Kortni donated to the cause when she realized that she didn't have the time-or energy-to rehab them, herself. 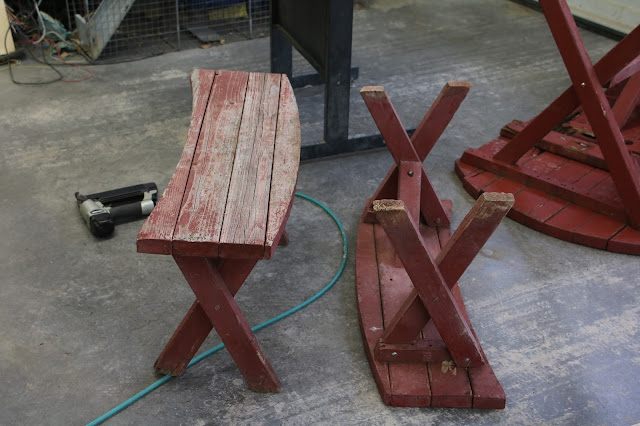 The set was in pretty bad shape when Kortni dropped it off, but, Queen B was undeterred; she sized up the situation and put her father to work. Delegation is no problem for the Queen. 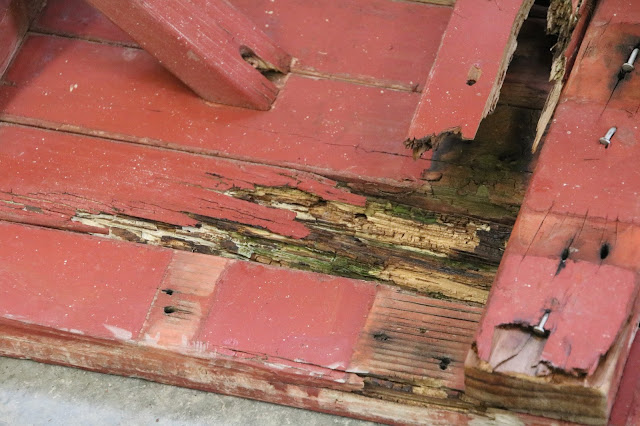 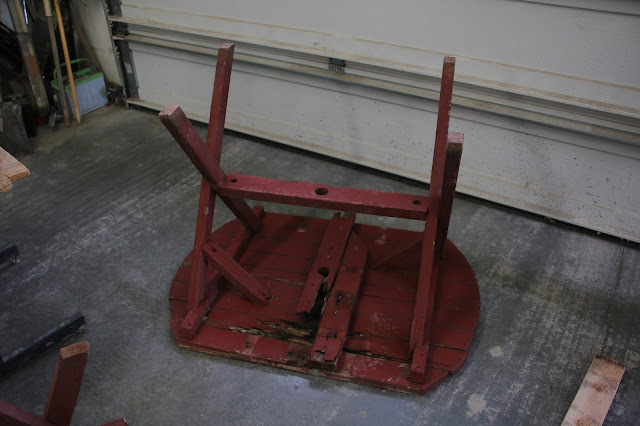 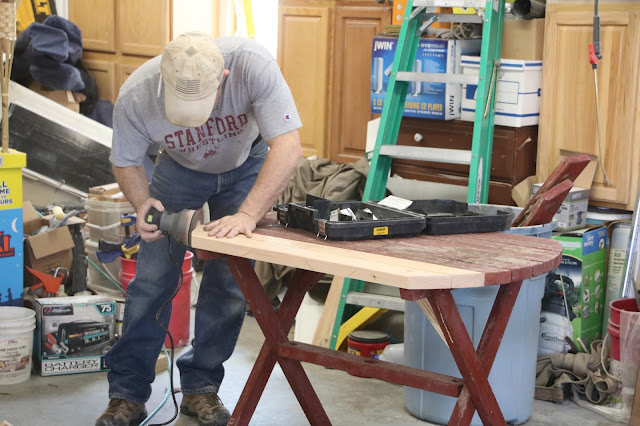 My favorite part of the endeavor was watching Queen B wield an electric sander like a boss. 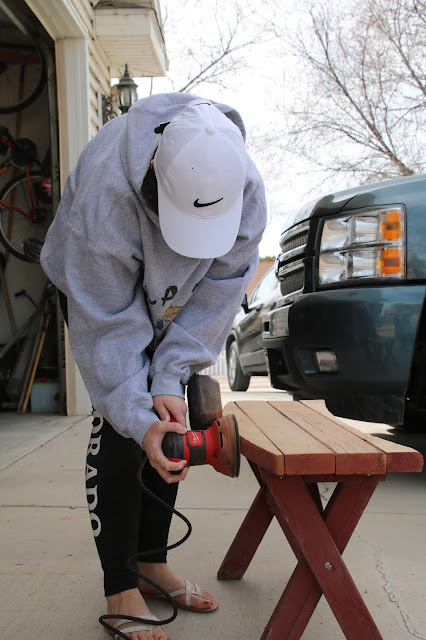 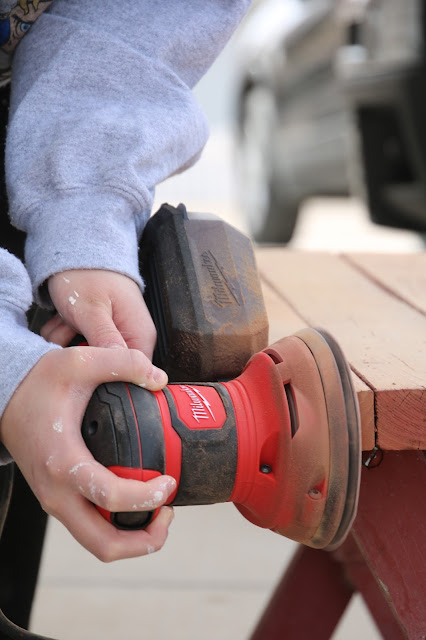 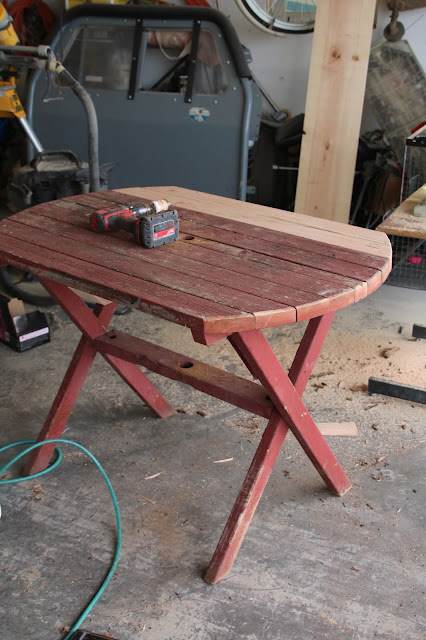 She managed paintbrushes pretty well, too. 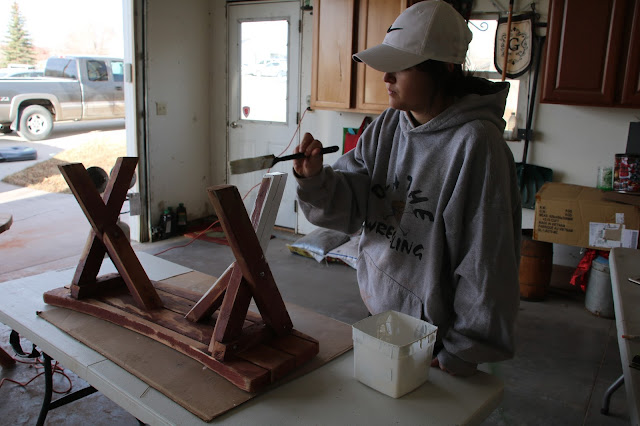 The finished project is already listed on an online marketplace and has generated several inquiries, so, with any luck, the Queen will have it sold by the time she has to do her final presentation for the class. In the event that it doesn't sell (which, I can't imagine), I may just have to buy it, myself. 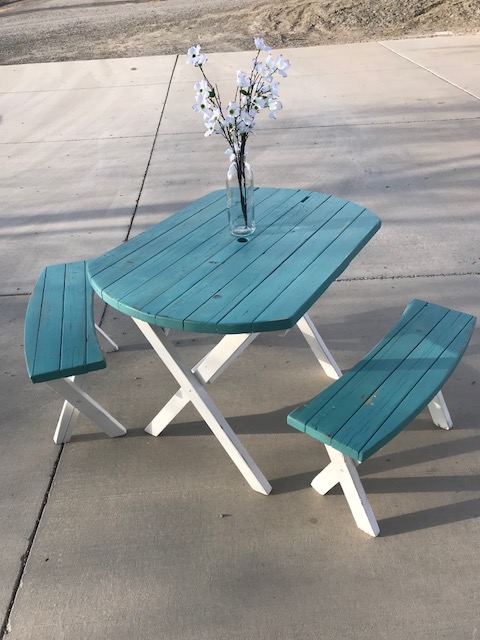 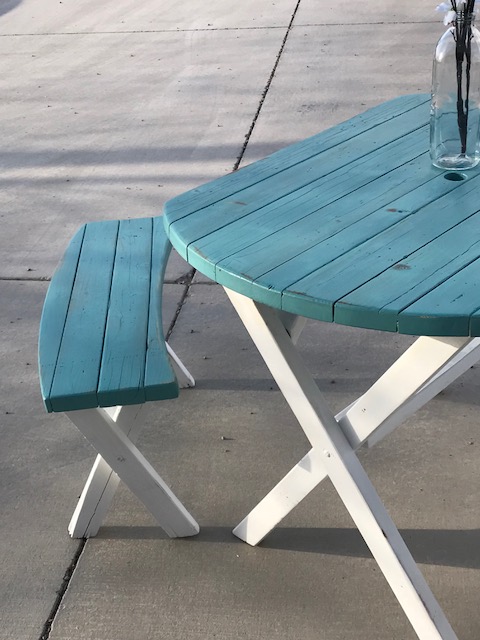 I literally just heard Hugh roll his eyes-they made a weird sucking sound, in case you were wondering.

Anyhoodle, Queen B has several additional projects that she needs us to assist her with this weekend, so, be prepared for additional updates (and, probably lots more eye rolling).
Posted by Chelle at 7:46 PM