Several years ago, while shopping for the corned beef brisket that I was planning to cook for St. Paddy's, I picked up a loaf of soda bread. I had never had it before, but, it had Irish in the title, so I figured it went with the theme of my meal, and, how bad could it be? Bread for the win, I always say.

That bread hooked me, and, I have looked for it every year, since.

This year, I decided to try a couple of other loaves, randomly chosen from the bakery sections of three different stores. I figured I would taste-test them to see if they were different from the original that I had fallen in love with; what I learned in the process was that I am not really a fan of the versions that contain caraway seeds and that I am more of a fan of the slightly sweeter versions. I also have no opinion in the raisins vs. currants debate, and, I prefer a denser loaf to a fluffier one.

With all that in mind, I scoured the Internet for recipes, finding that there really is one basic recipe that can be tweaked depending on individual tastes; this is the version I like best. 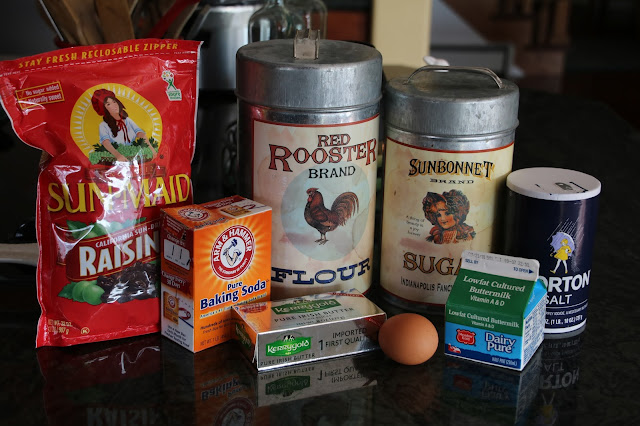 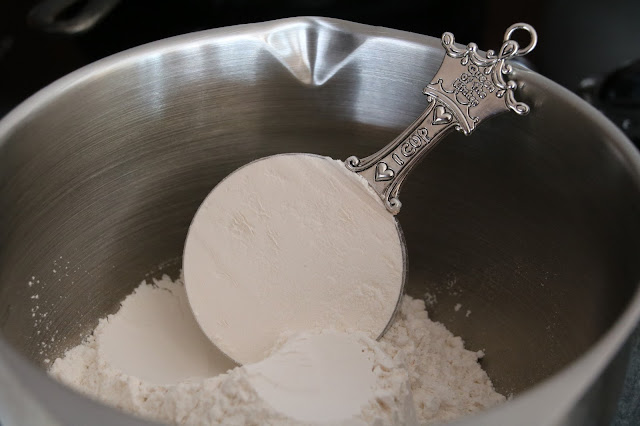 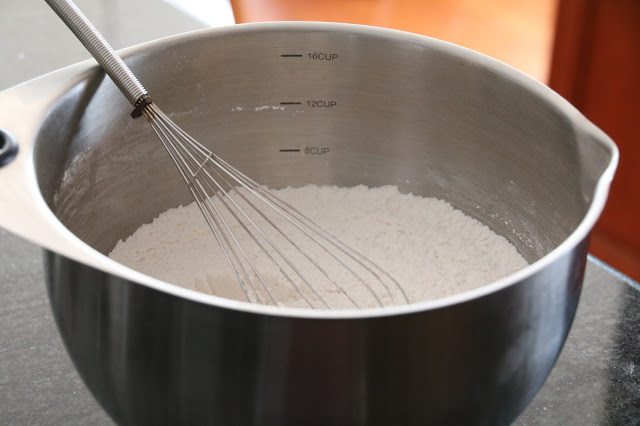 Add butter. Using hands, gently incorporate the butter into the dry ingredients (I don't have pictures of this step because my hands were coated in butter and flour, I mean, obviously). 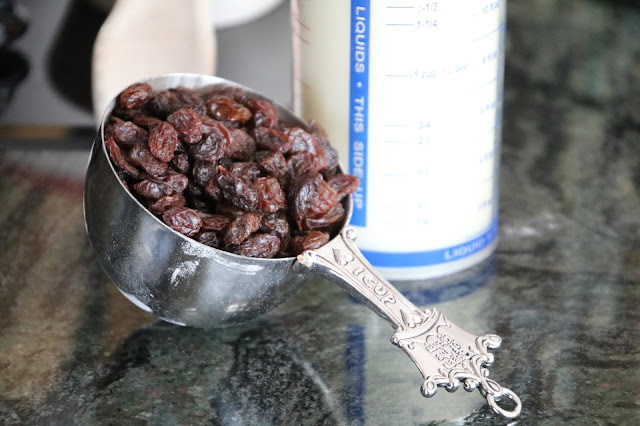 Create a well in the center of the dry ingredients and add egg and buttermilk, mix with a wooden spoon** until just combined. Dough will be sticky. 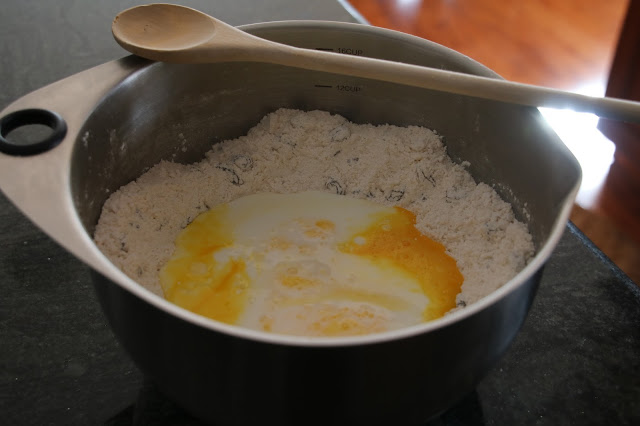 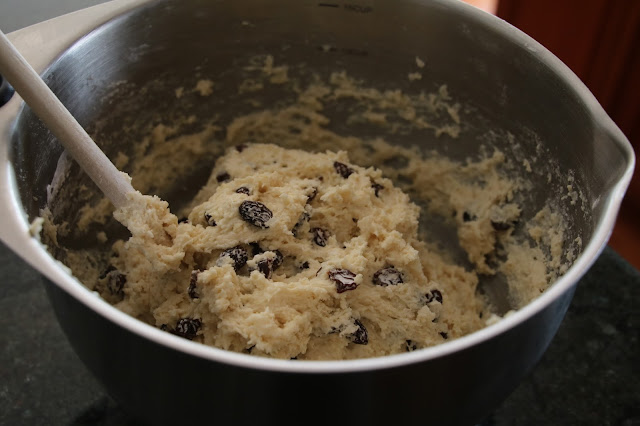 Turn dough out onto a lightly floured surface and knead gently, forming a disk. Do not over-knead or bread will be tough. 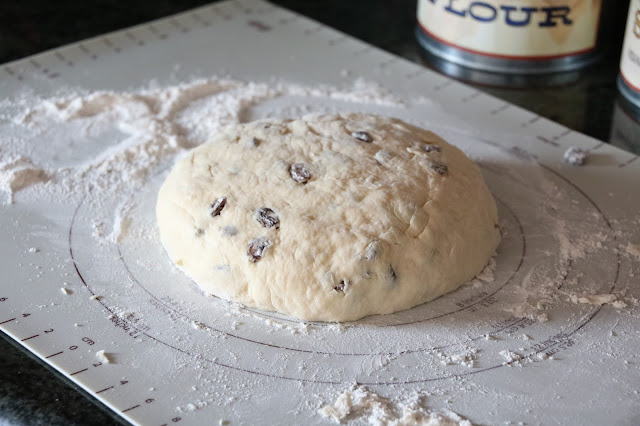 Transfer dough to a lightly greased iron skillet and, using a serrated knife, cut a deep cross into the top of the loaf; according to Irish folklore, this is to let the devil out. Now, where it goes once it's out is up for debate; you may want to have some holy water and a crucifix at the ready. Just sayin'. 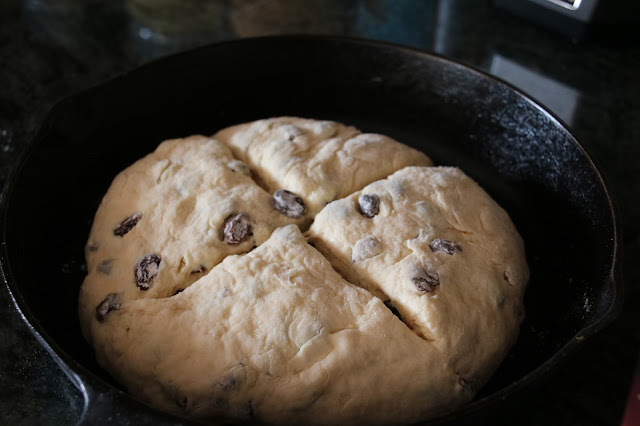 Also, if you happen to have a ginger kitty laying around the kitchen, your loaf will be more authentically Irish (My particular ginger kitty has already been possessed by the devil and could give two shits about authenticity in my baking; he was just waiting for me to cut the cross so he could say hello). 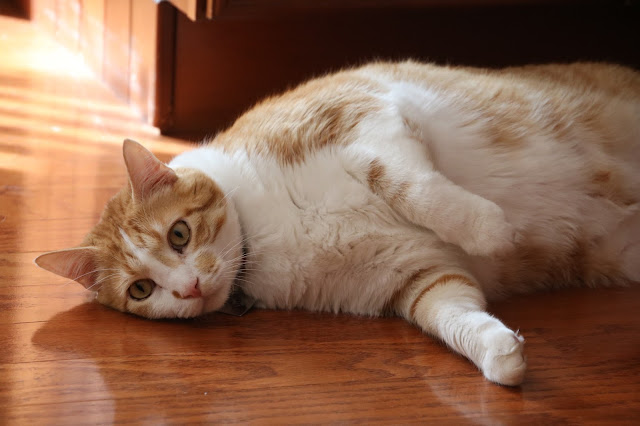 Don't mind me; just waiting for levitation and head spinning.

The next step is totally optional, but, since I prefer a slightly sweeter loaf of soda bread, I sprinkle sugar on top of the loaf prior to baking. I'm a big fan of Sugar in the Raw, because the granules are large and create a crunchy crust on the bread as it cooks. But, that's just me; you do you. 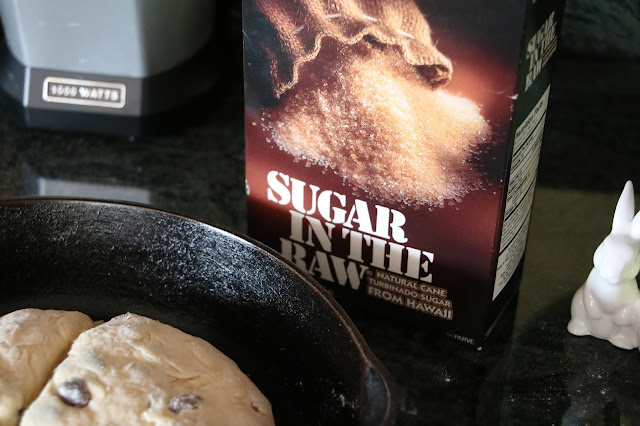 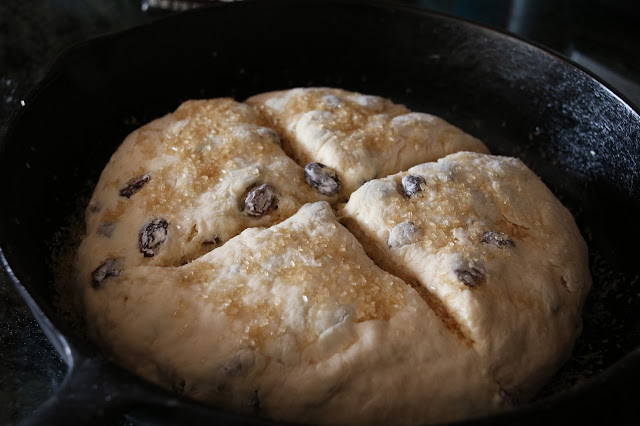 Bake for 35-40 minutes or until a skewer poked in the center of the loaf comes out clean. 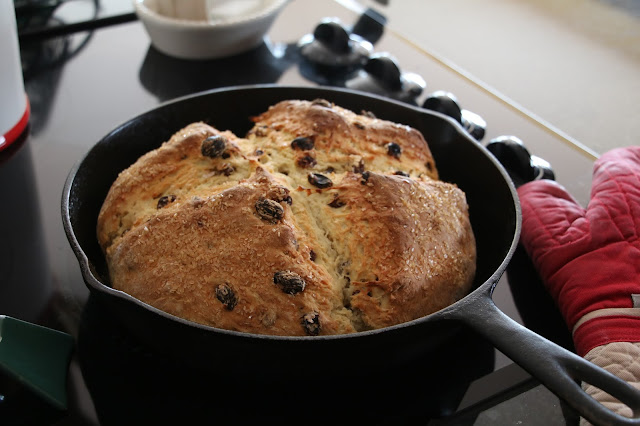 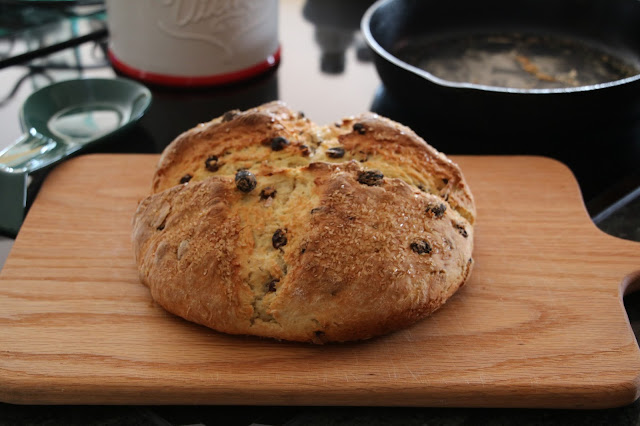 Slice and enjoy with a nice smear of Irish butter. Try not to eat the whole loaf. Assuming you are more successful at that than I am, this bread will freeze, nicely.

*Always bring refrigerated ingredients to room temperature prior to using in baking. Just a tip!

**I'm not sure why every recipe I read called for mixing with a wooden spoon, but, if my experience is any indicator, it's because using a wooden spoon is a fabulous arm workout and you get too damn tired to over-mix the dough, maintaining a lighter loaf. That's my theory and I'm sticking to it.
Posted by Chelle at 10:44 AM