I have had more social interaction the past two weeks than I have had in the entire six months since the Man-Cub left the nest, and, I'm not complaining a bit.

Of course, last weekend, there was the Girls getaway to Sante Fe, and, then, this weekend, I jammed in visits with friends old and new, including a going-away luncheon for co-worker Kristi (henceforth to be known as Former Co-Worker Kristi) that was held in a yurt. Yes, a yurt! Good times.

That party took place at noon on Friday, after which I picked up one of my oldest-and dearest-friends from Mayberry, who was in town for a wedding. I hadn't seen Melissa in ages and ages, and it was high time that we got caught up on each other's lives. I had forgotten how joyful Melissa is and how much we laugh when we are together; it was good to be near that kind of energy again.

When it was time to deliver Melissa back to her hotel so that she could get ready for the rehearsal she had to attend, it made sense to stay in town for the evening, so, Hugh and I went to see Game Night (hilarious!) and then out for a late dinner. It had also been a while since I went to a movie, so that was a nice change to the weekend, as well.

Saturday morning, I was up with the sun to attend the latest edition of Pickin' at the Pea with Kortni, her cousin, Jorie, and, new to the Pea this year, BCPE! I haven't spent nearly enough time with BCPE since the boys graduated, so she was an awesome addition to the outing. 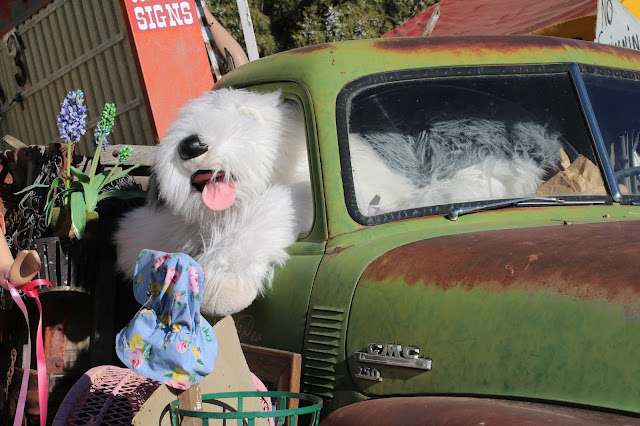 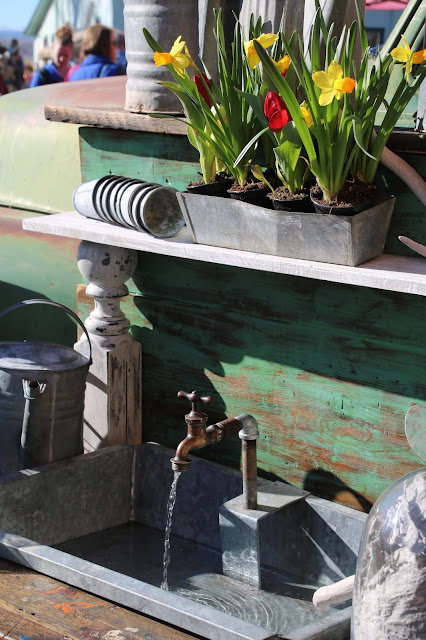 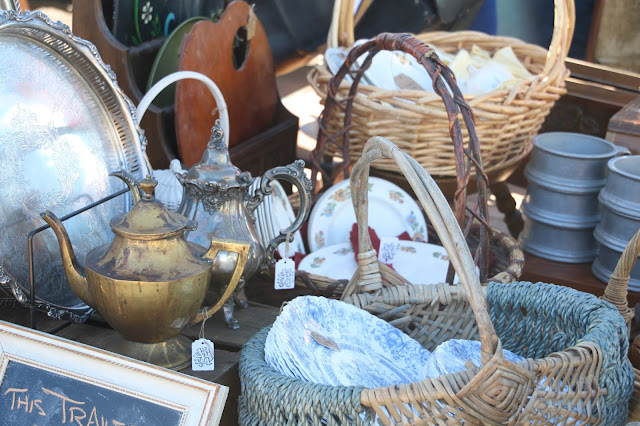 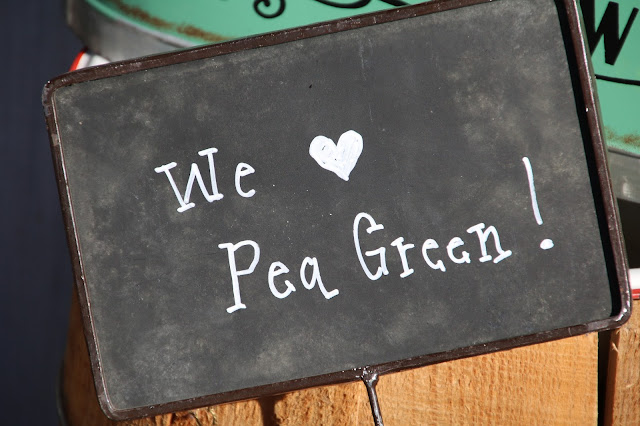 As always, the Pea was jamming! People were everywhere, which, made the pickings slimmer than in years past, but, I still managed to pick up a couple of trashy items that I believe Queen B can transform into treasures, including this old trunk, which, will make a lovely coffee table, or storage bench, or something equally amazing, I'm sure. 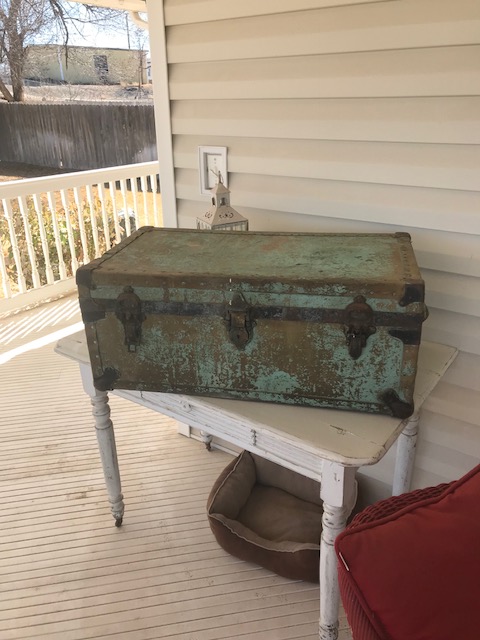 After the Pea, I returned home to take down my winter decor, replacing it with spring decorations, including all the bunnies in my bunny collection. I also changed my kitchen chalkboard from this... 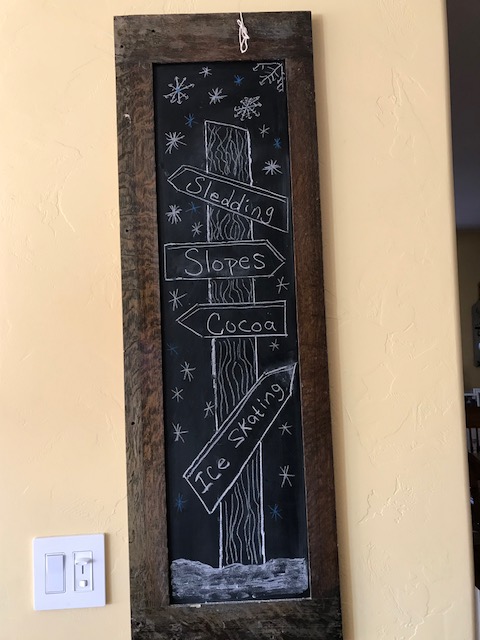 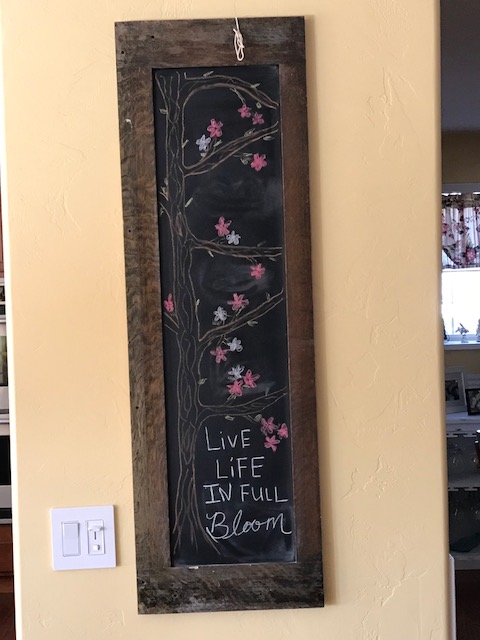 I love spring! Except for the snow and wind, which, we had plenty of on Sunday, but, I'm getting ahead of my weekend!

Anyhoodle, since the weather was still gorgeous on Saturday, I totally shucked my jacket off when I went out that afternoon to join Former Co-worker Kristi at a fundraising event for Day Job. 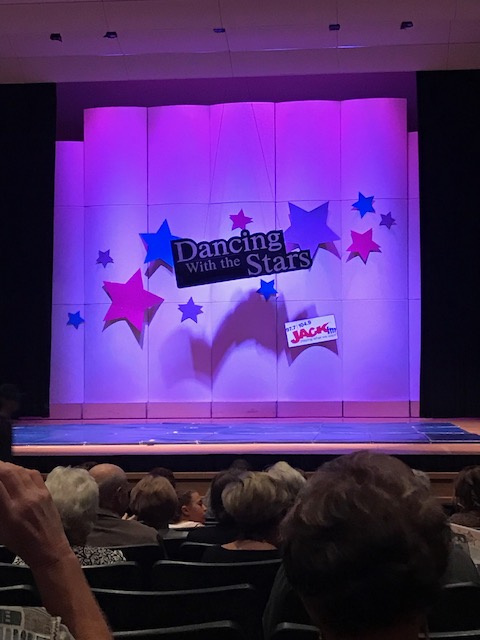 One of our (my) co-workers was competing on our company's behalf, so, we had to go and cheer her on. She did great, and, it was actually not a totally unpleasant way to spend my Saturday afternoon. 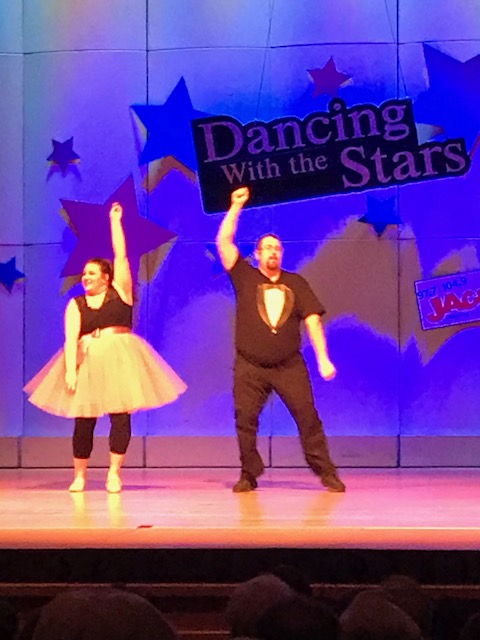 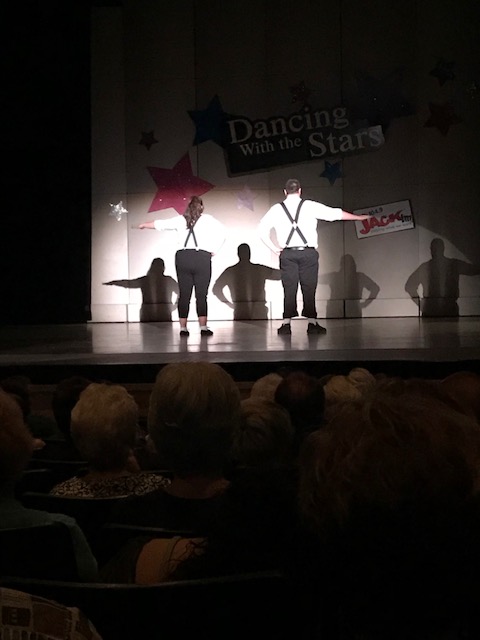 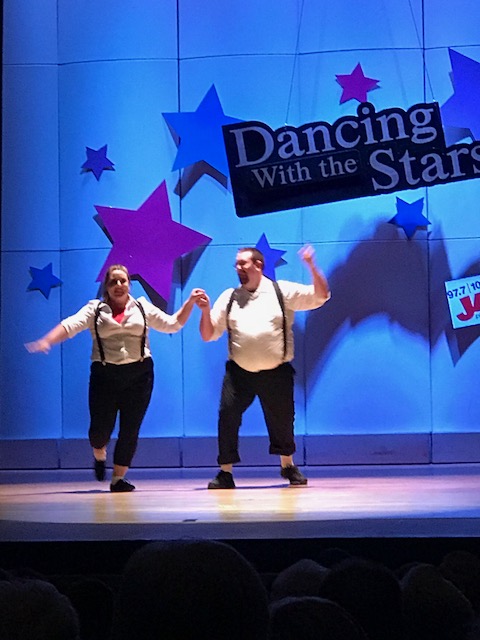 When I got home, Hugh was just returning from a day of wrestling officiating. Jana called, and, after some chit-chat, we decided to have breakfast together the next day, which, is how we ended up noshing on biscuits and gravy in our kitchen on Sunday morning.

Chris and Jana have been trucking for the past eight months, so, we haven't seen very much of them; I didn't realize how much I had missed my Jana Time, but, it sure was nice to get the reminder. Hopefully, now that their trucking is slowing down a bit (they have a new business venture in the works, a concession trailer!), we will get to see them more often.

And, that's about it for my weekend! It was busy! It was people-packed! It was a welcome change from the work-work-workout-sleep routine that I have been stuck in, recently, and, with nicer weather and longer days on the horizon, spending time with friends should hopefully become the norm.

Mother Nature, I am casting a side-eye at you and your spring blizzard bullshit. Knock that shit off; Mama needs some Porch Night!
Posted by Chelle at 6:58 AM