Happy Good Friday! In years past, I would be pointing out that I was one day closer to being able to strap on a feedback full of Cadbury Mini Eggs, but, not this year, obviously.

On to this week's favorites!

First, I need to share the absolutely adorable way that the Rodeo Princess asked Queen B to be one of the bridesmaids in her upcoming wedding... 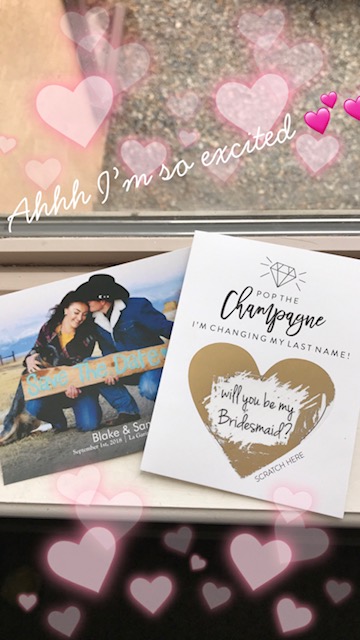 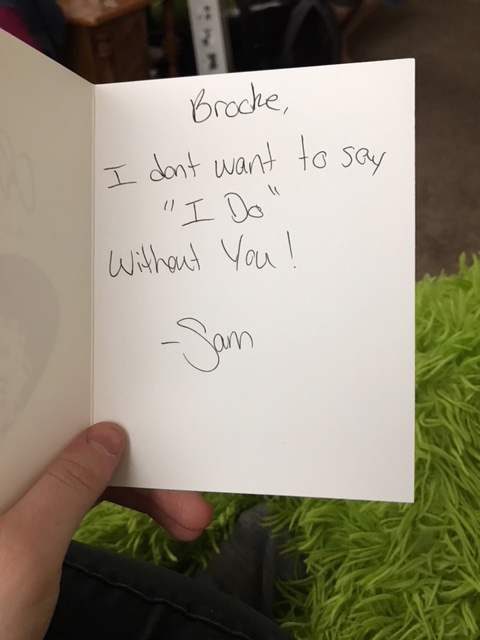 ...Queen B was super excited to serve her cousin in whatever capacity was required, but, I think she was secretly hoping to be a bridesmaid; I'm really happy for her.

Plans for the wedding are well underway; so are plans for the bridal shower, which I called dibs on throwing ages ago, like, before she and her boyfriend were even engaged. I'm thinking shabby chic meets classy cowgirl for the theme, and, I've got the Pinterest board to prove it.

My second favorite thing this week has to be The Santa Clarita Diet. Last year, I binge-watched the entire first season in about a day and a half, so; no surprise that I did the exact same thing when season two was released last week.

The show slays me! See what I did there?

Now, if you will pardon me, I have Easter eggs to dye, which, used to be a favorite thing to do with my children this time of year and, truth be told, still ranks high on my list.