Crafting as an Addiction: Discuss

I was so pleased with my efforts on the witch cauldron craft project, I have been inspired to use up the rest of my materials to make a new witch for the front door. Do I need a new witch for the front door? Of course I don't. But, do I need a tote full of leftover crafting materials knocking around in my attic like a ghost? I do not. Therefore, later today, the crafting will begin again in earnest.

First, however, I need to get out and pull up the last of the garden. I should have attended to this earlier, but, I think we've pretty well covered my habit of procrastination by this point, so, 'nuff said.

Then, I might, or might not, catch a nap. The Man-Cub's football game this week was in a town several hours away and I didn't make the trip to watch because Hugh is in Denver at the fall market for the store and I didn't really want to drive over one of the most treacherous passes in the state at night and by myself. Ha! Not only am I a lazy procrastinator, but I am a chicken as well. Go, me! And, as often happens, I digress..so, the Cub didn't get home until almost 4:00 and I waited up for him, so I'm sure the day will eventually catch up with me. Or, it might not, we'll see.

But, then, the crafting! It shall happen!

I think I will hang the new witch on the front porch window, underneath the garland that I made previously. That will echo the look of the old witch on the front door and finish off the porch, which, already looks like a post-apocalyptic version of Porch Night, what with all of the skeletons. Huh. I think I just got some inspiration for how I want to display them next year. This will require a craft project....it really is addictive. 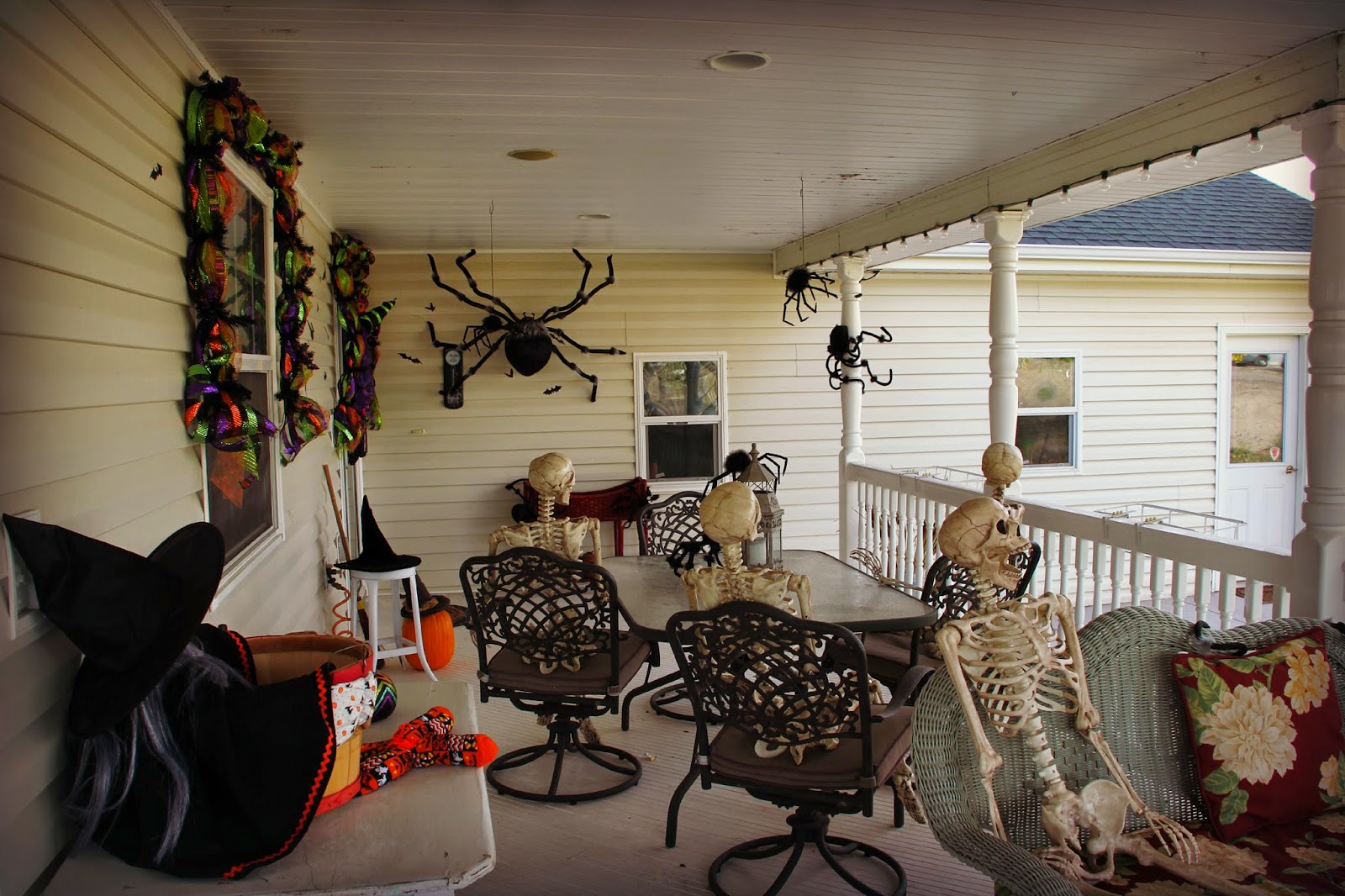 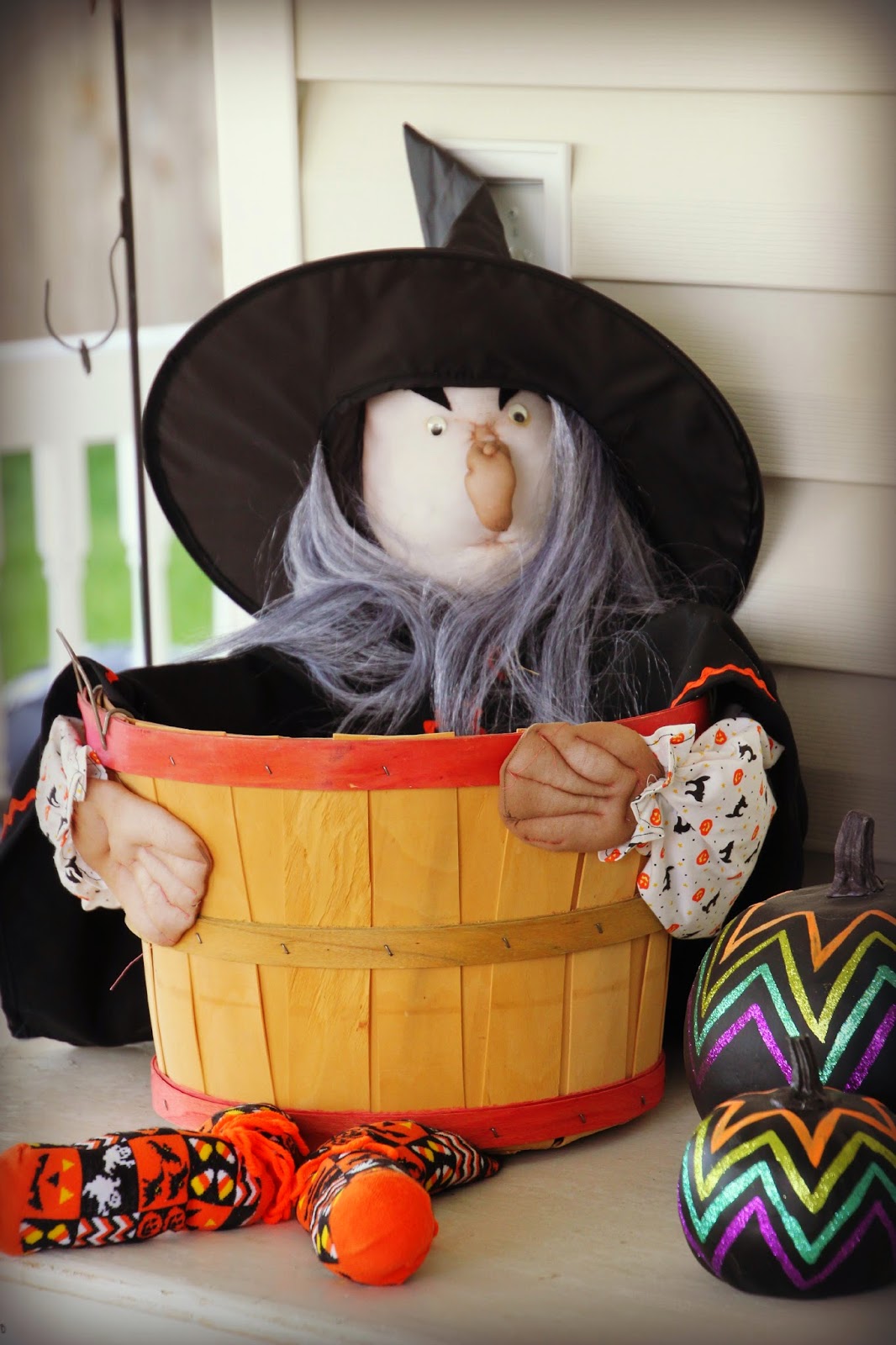 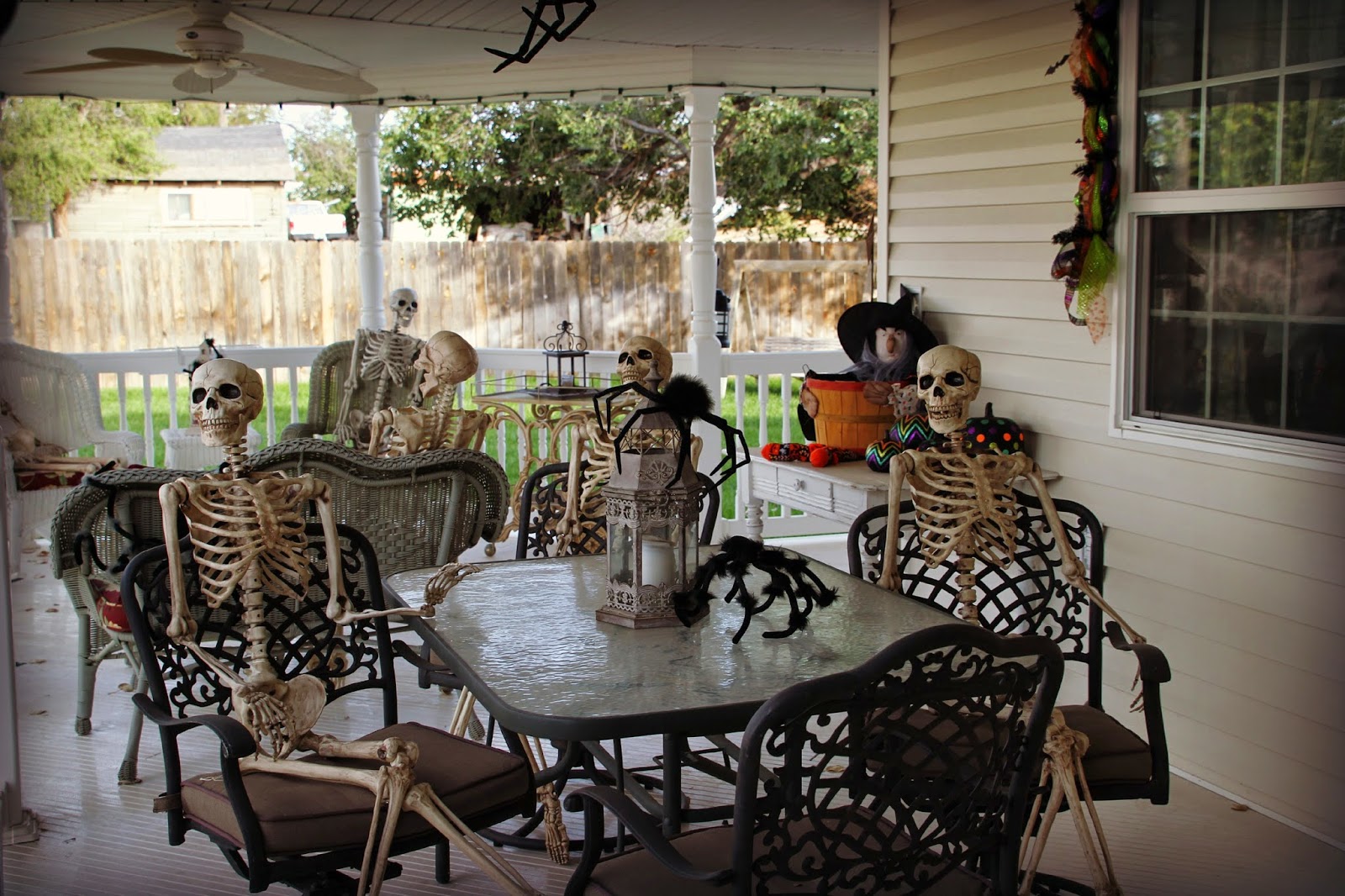 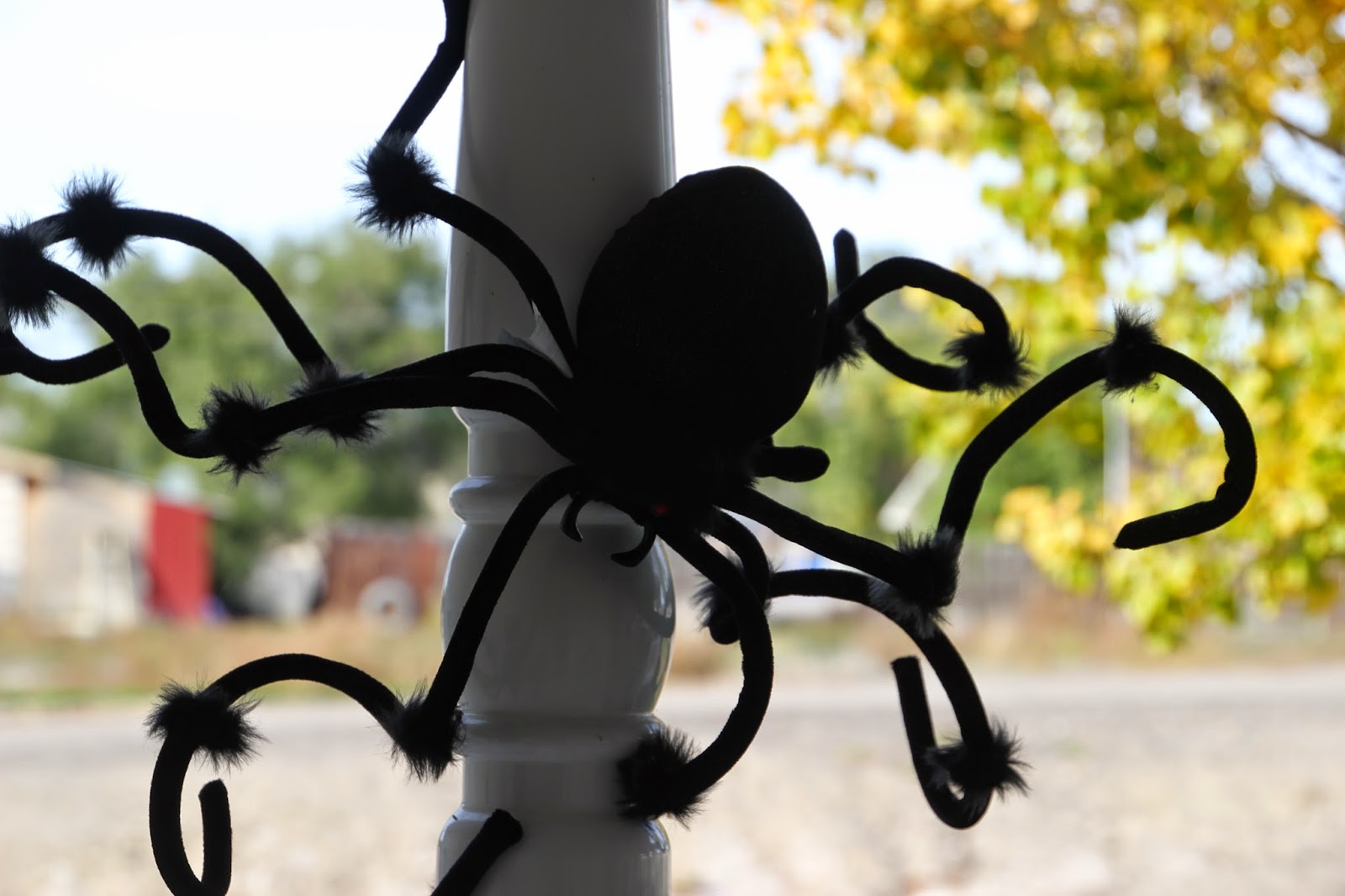 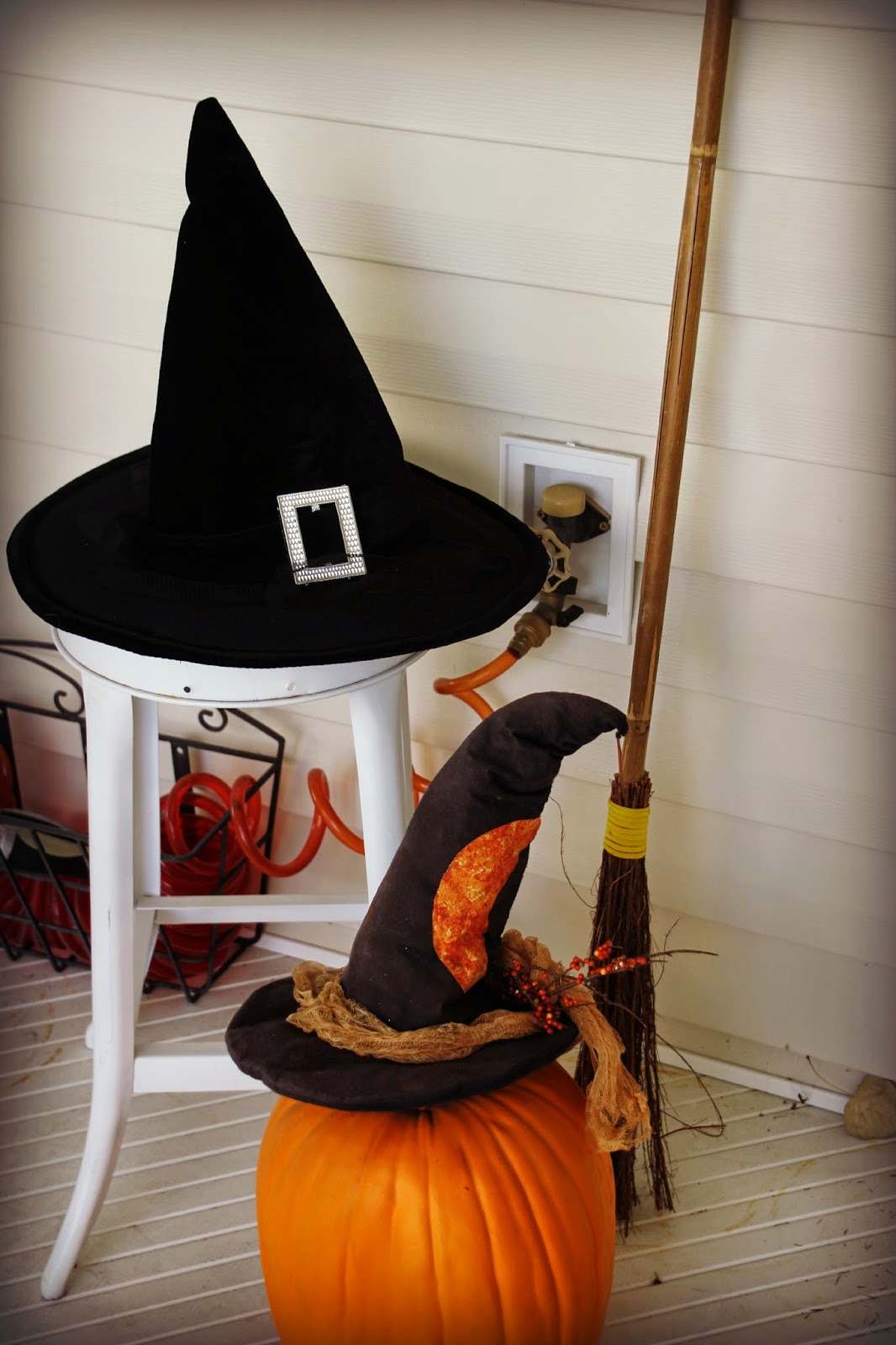 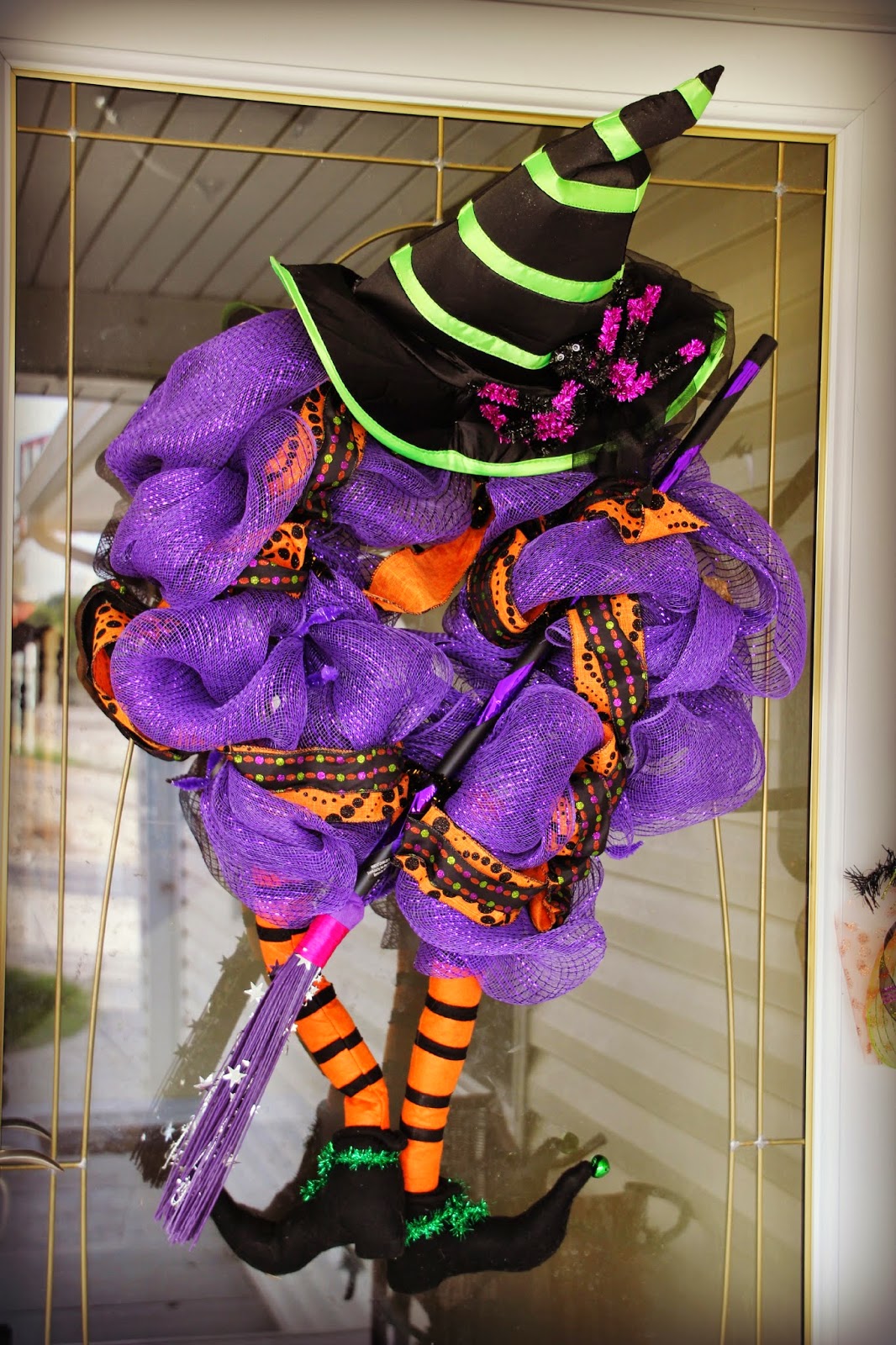