I found a few things in the garden as I was pulling the plants out to begin the prep for winter (Not the W word! Forty lashes!). Most of the things I found were wonderful and edible. Another was a giant momma spider toting an egg sack the size of my pinkie. I won't leave you guessing as to which of those things made it into the house and which did not; it was most definitely NOT the spider. 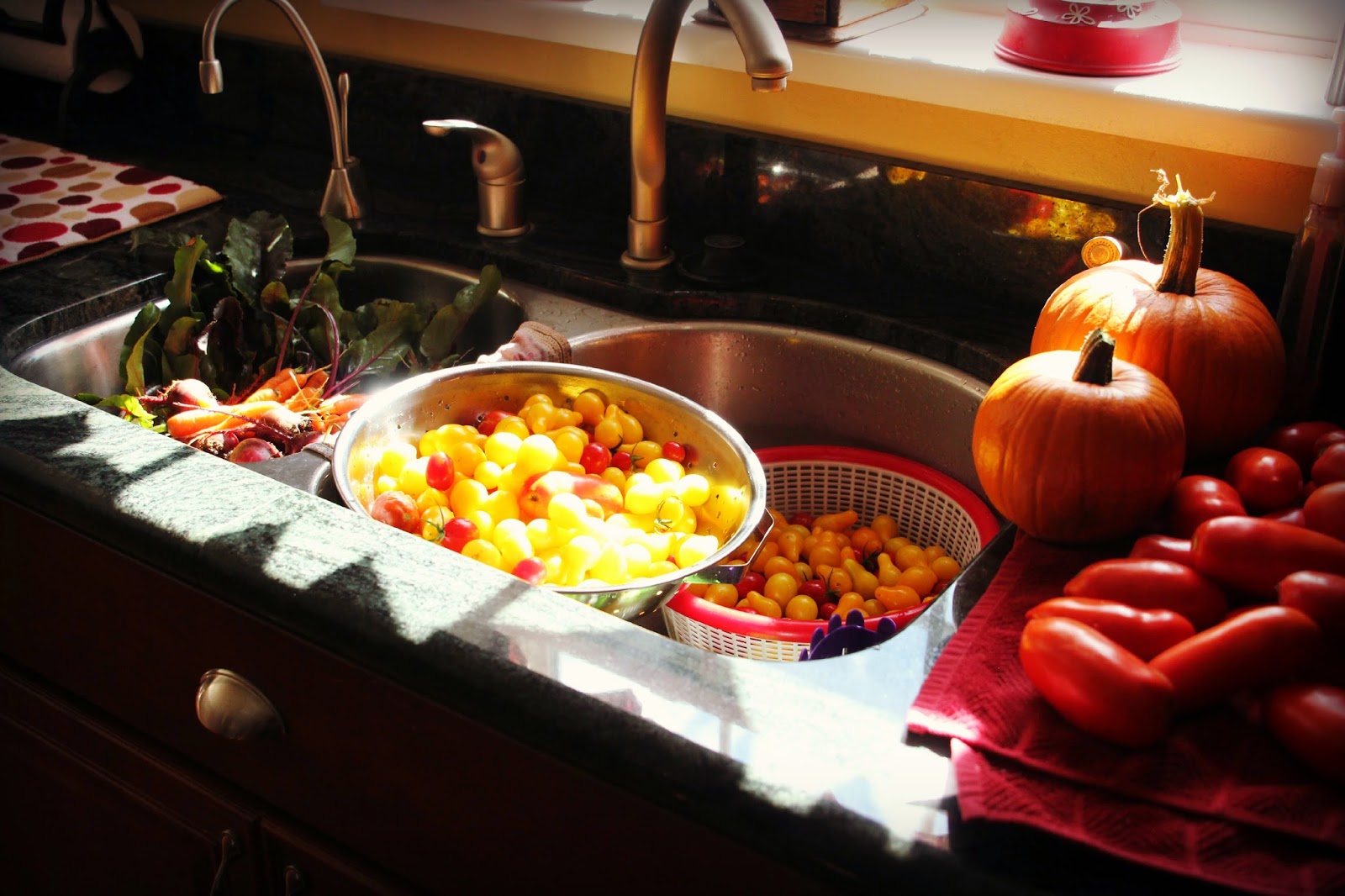 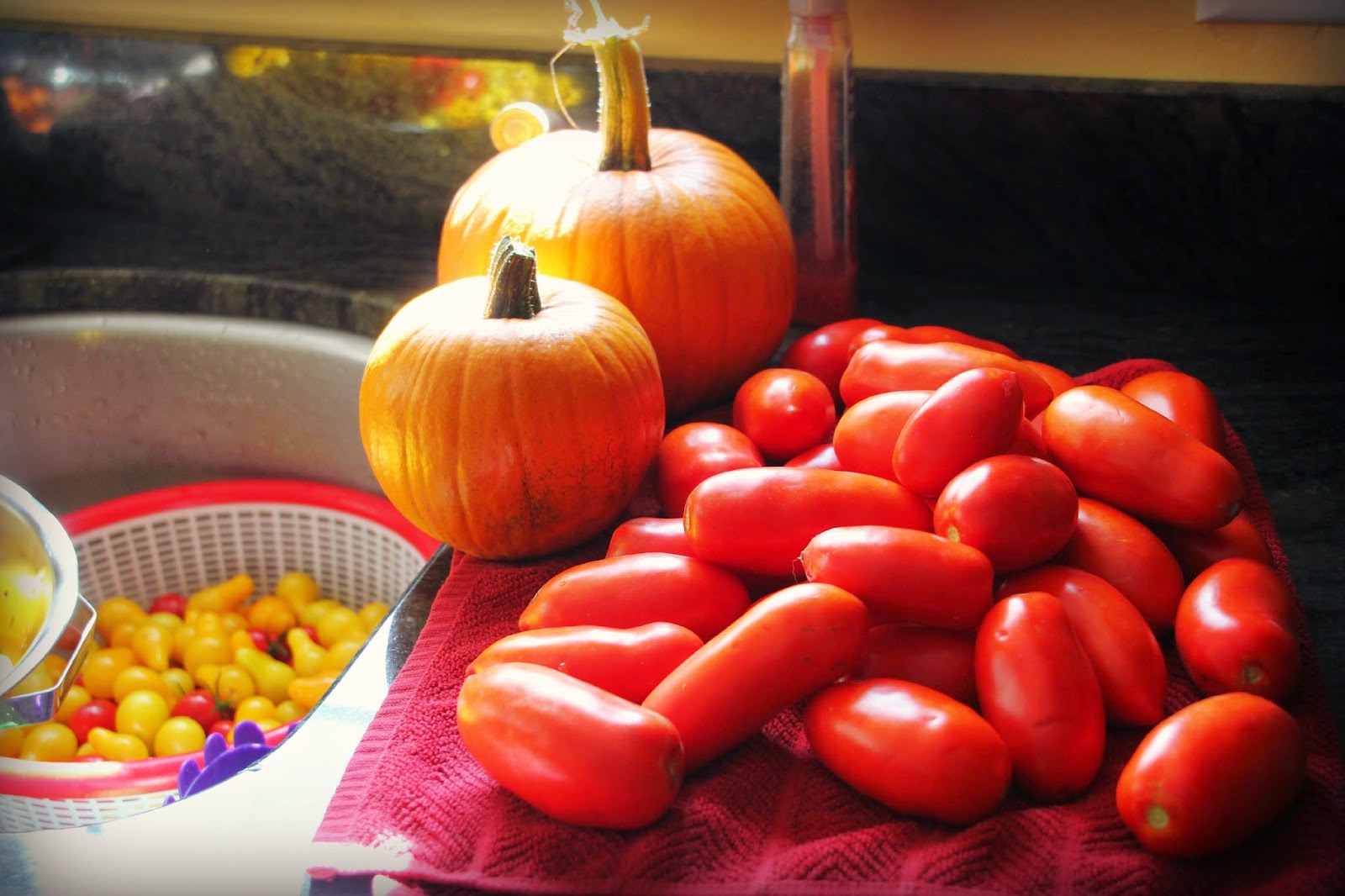 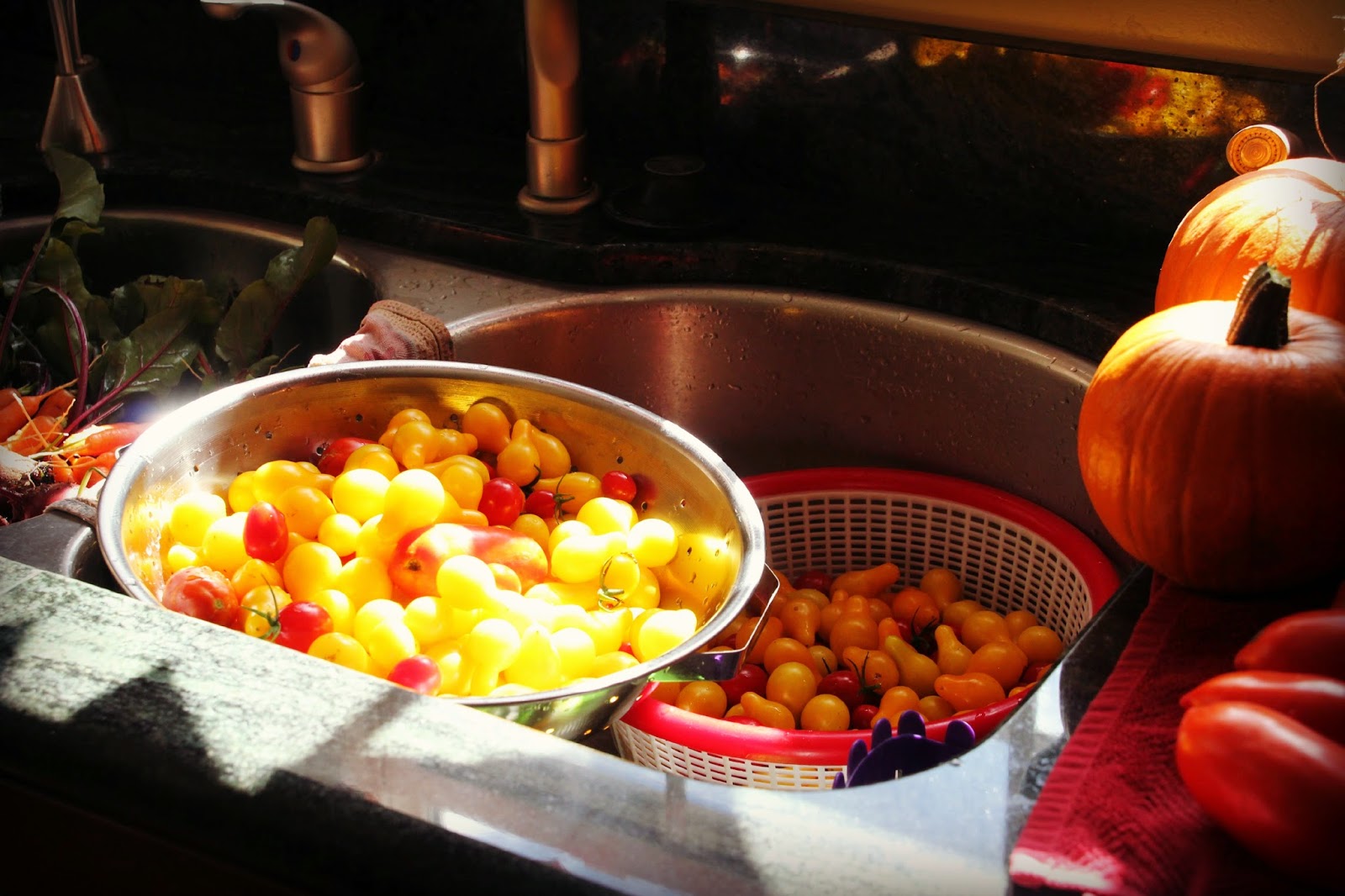 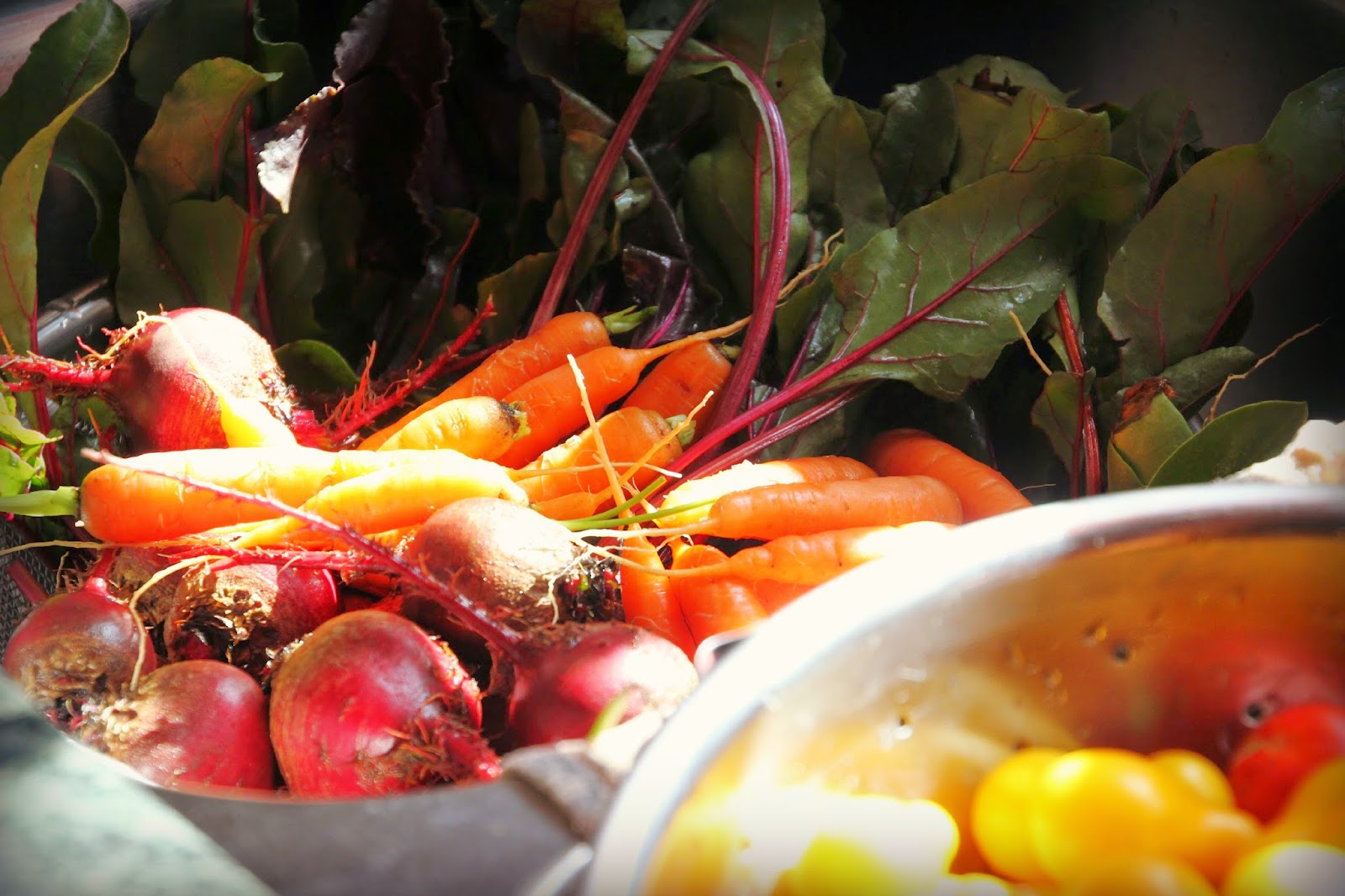 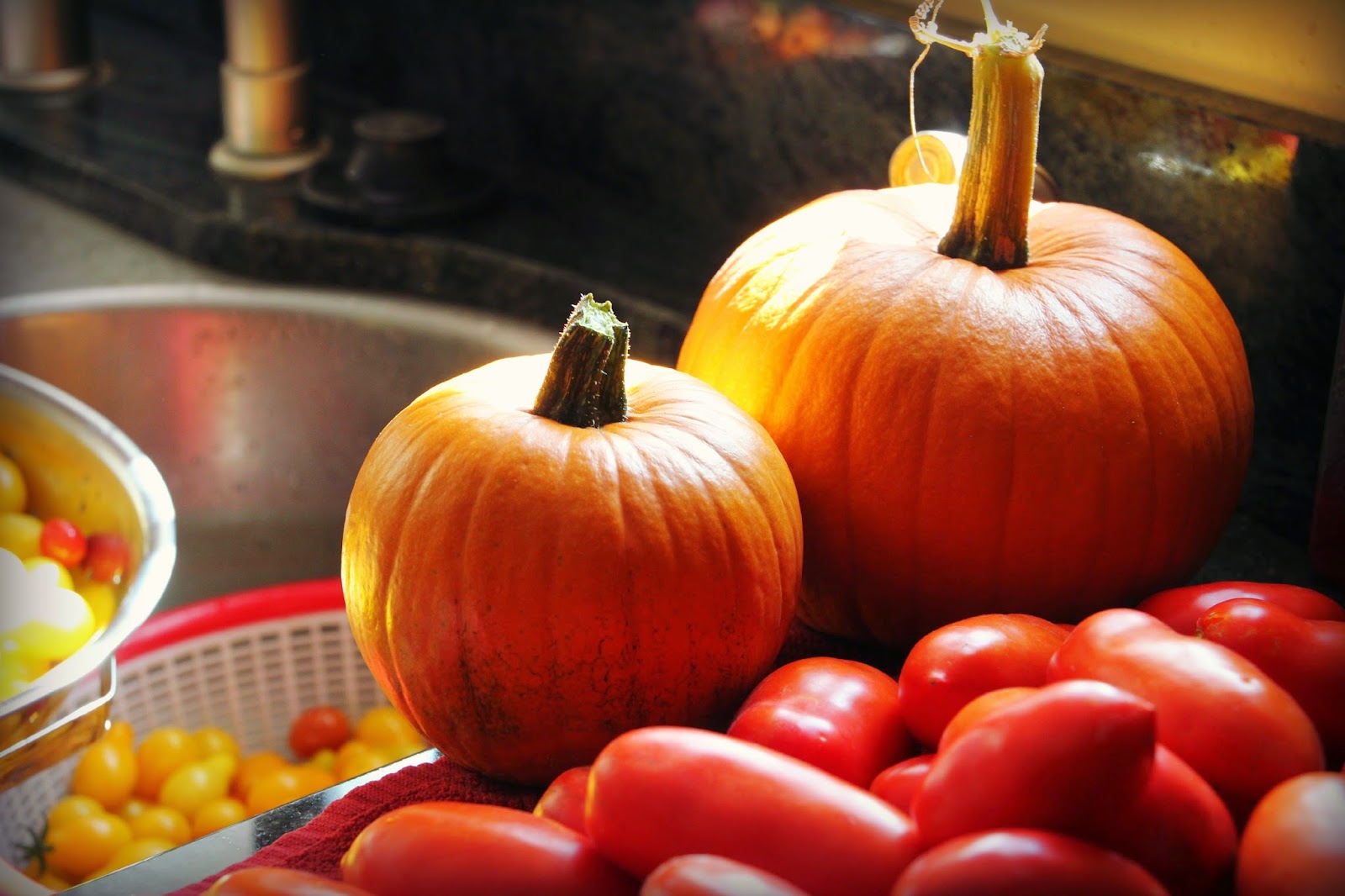 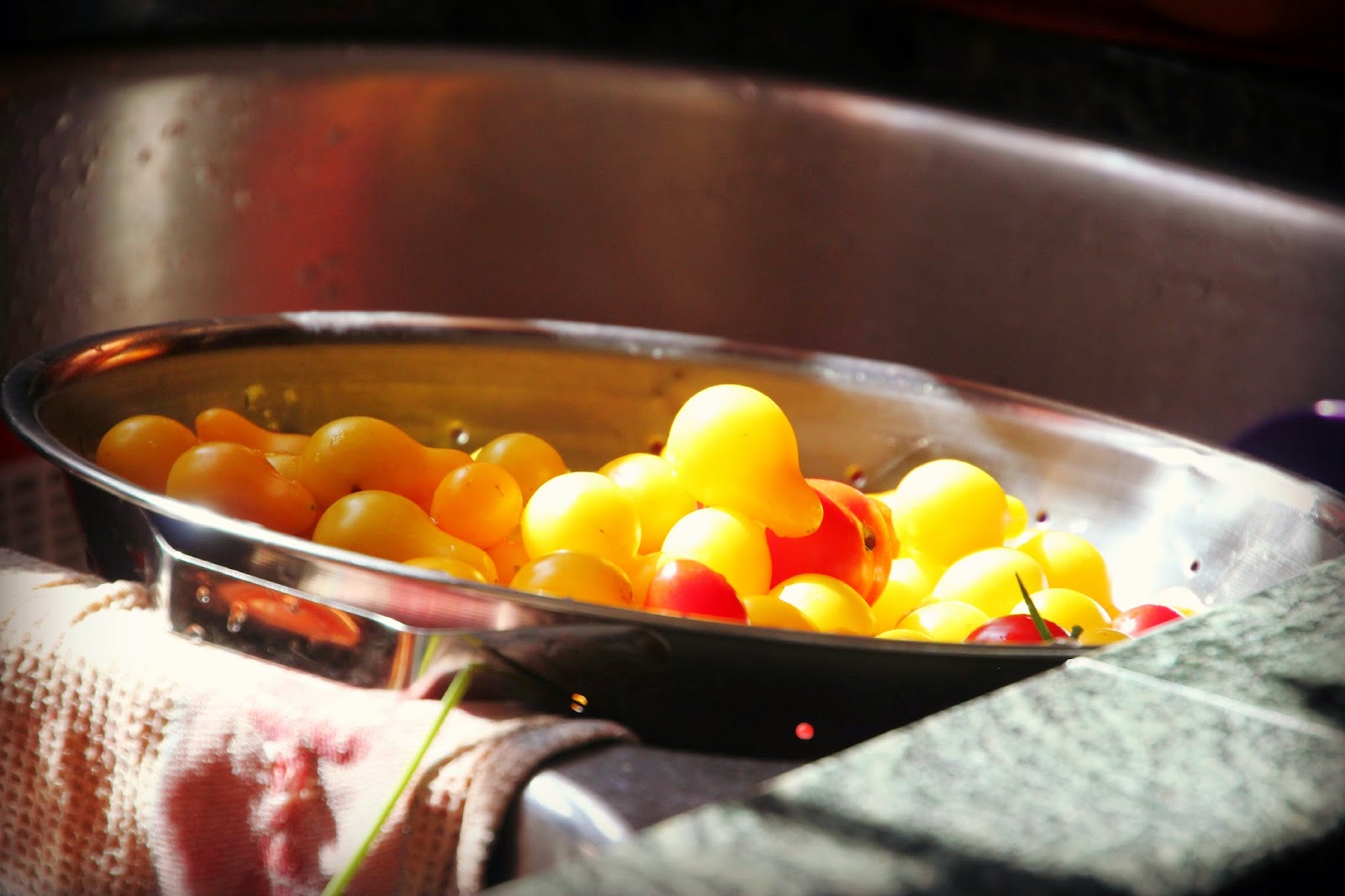 I now have enough beets and carrots to roast for dinner tomorrow, two pumpkins large enough to provide for my Thanksgiving pies, and more than enough tomatoes to share with friends and family.

Happily for Rowdie, a large number of over-ripe tomatoes had fallen from the plants, providing a treat the likes of which he had never seen before, and, he wasted no time in cleaning them from the ground once I invited him into the garden to do so.

I'm guessing he will regret that when the tummy ache hits.

On the other hand, it was his last opportunity for garden-fresh tomatoes, at least until next year, so, I think the ache might be worth it.
Posted by Chelle at 7:08 PM