The world lost a beautiful man and a kind soul with the sudden passing of Ronnie Dean Elliott on October 19, 2014. On the bright side, Heaven’s football team gained an outstanding coach.

Ronnie was born in Amarillo, Texas on September 3, 1943 to Alfred Glen and Pauline Elliott.

His family moved to Monte Vista in 1958 where Ronnie attended Monte Vista High School and pursued the two greatest loves of his life: sports, and Dorothy Lehnerz; he was successful in both endeavors, playing football, basketball, and baseball, and, winning Dorothy’s heart. Ronnie and Dorothy were married on November 22, 1962, and spent almost 52 years together before his untimely passing.


Ronnie attended Adams State College, graduating with a BA in Business and a teaching degree. Ronnie made his living in education and as an administrator of the Colorado State Veteran’s Center, but, he lived his life for his family and for sports.
In his seventy-one years of life, Ronnie coached flag football teams, tackle football teams, youth basketball teams, and Babe Ruth baseball teams. He led by example, with grace and dignity. He believed in hard work, dedication, loyalty, and team spirit. He couldn’t abide a quitter and loved the underdog. He saw the potential in each individual he coached and he worked tirelessly to instill self-confidence and pride in his athletes. He was patient, brave, and compassionate; three skills which prepared him for his most challenging coaching assignment: raising three daughters.


In addition to coaching, Ronnie spent twenty-eight seasons refereeing High School football and basketball games. He enjoyed the physical challenge, overlooked the hecklers, and, called ‘em like he saw ‘em. He was installed in the Colorado Football Association Hall of Fame in 2003, in honor of his contributions.
His love of sports continued to the day he died, with avid participation in Fantasy Football Leagues, where he was affectionately known as Puff.


Ronnie was an active member of the Ski-Hi Stampede Committee, volunteering his time and talent for over twenty years. He counted Committee members among his best friends, and, it was for them that he actually rode a horse. Once.
Privileged to have shared in his life, wife Dorothy, daughters, Kristy (Clay) Corzine, Michelle (Steve) Gottlieb, and Brandi Elliott, grandsons Bryce Corzine, Joshua Gottlieb and Brecken Reiser, granddaughters Samantha Corzine and Brooke Gottlieb.


In addition, he is survived by sister, Glenda Osborne, Step-sister Joan Messser, lifelong friends, Merv and Darla Self, friends and family too numerous to mention, and, by Roper, the dog his wife swore he would never have.
Ronnie was preceded in death by his parents and by his son, Richard Glen Elliott, and grandson, Mitchell Elliott Reiser, with whom he was no doubt reunited on a heavenly football field. 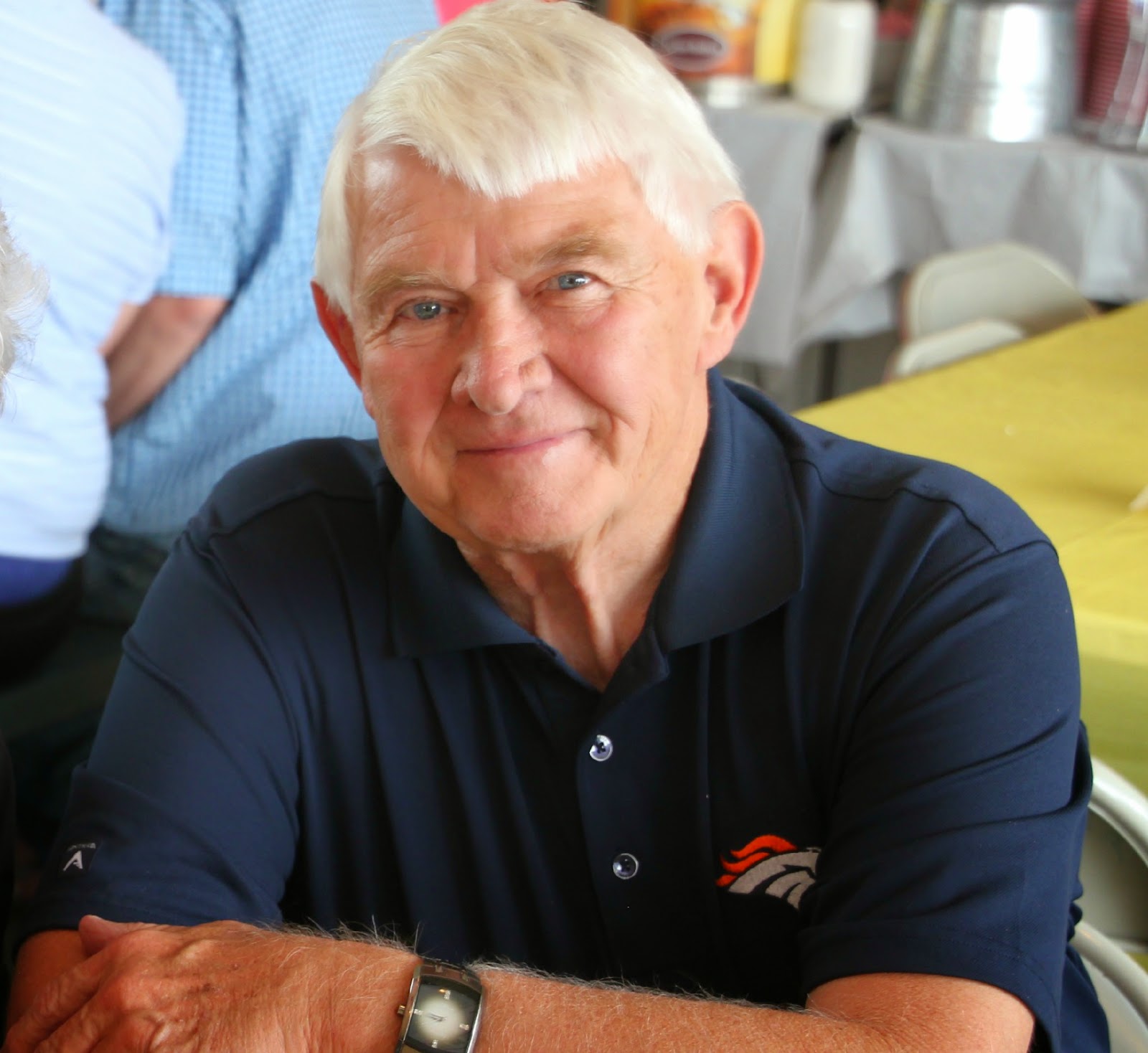